The Dog Days of Summer

You miss baseball. We all do.

Rookie is the Trenton Thunder’s wonder of a Bat Dog.

One of Rookie’s best friends is Yankees All-Star Gleyber Torres.

He was only beginning to get the handle of it.

It was the slowest of starts that first night of the season.

You may remember the delightful segment on ESPN’s E:60 called “The Family Business’’ that profiled the life of a Trenton Thunder Bat Dog from the dog’s point of view.

Rookie excitedly ran into centerfield that evening, forgetting to grab his first bat of the night.

It was a pure moment of freedom and joy.

This is the family business, of course, because before Rookie was a Bat Dog, his dad Derby retrieved bats for those up and coming Yankees at Trenton.

And before that, Rookie’s grandfather, Chase started the whole Bat Dog show way back in August of 2002. 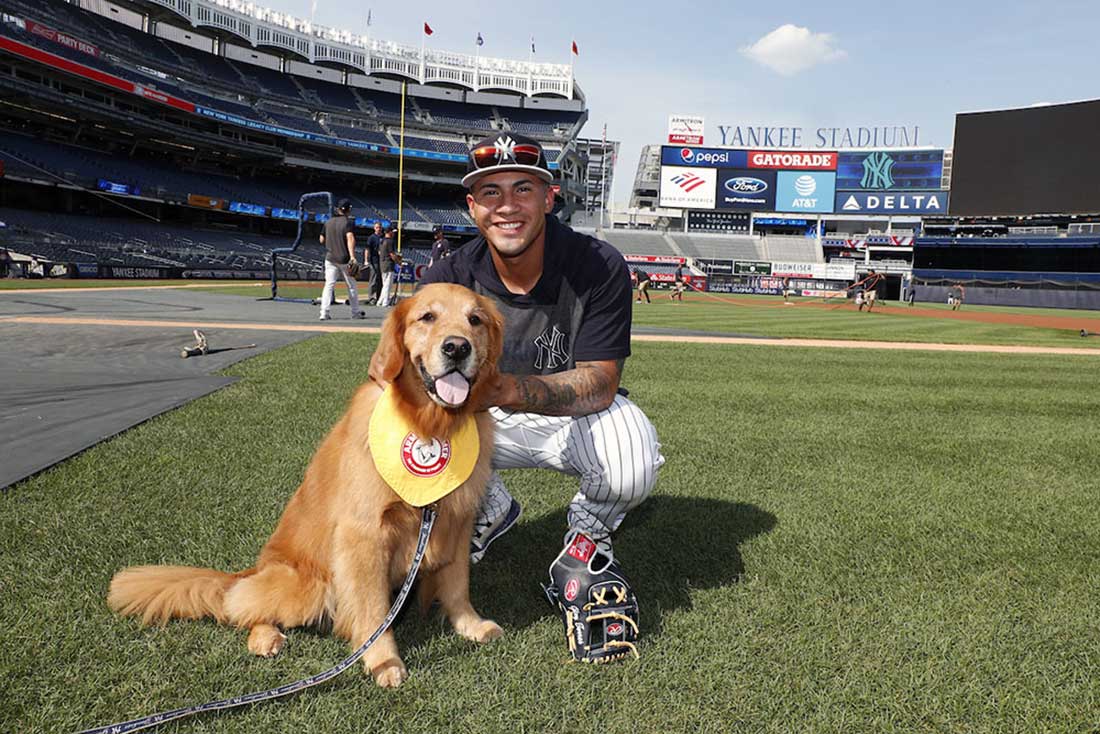 Back then, Trenton was a Red Sox affiliate. In 2003 it became a Yankees affiliate.

I would go to Trenton every year to check on Yankee prospects or to check in with a Yankees regular who was on a rehab assignment.

A part of my reasoning for going to Trenton was to enjoy the Bat Dog show. Just like the fans.

Chase taught his son Derby well. Derby did the same for Rookie.

Baseball has always been a game of fathers and sons.

“ Baseball has always been a game of fathers and sons. ” Baseball is a game of fathers and sons

Arm & Hammer Park is quiet now. Like all minor and major league ballparks. There are no games. No fans. No cheers. No players. No bats to retrieve, no baseballs or bottles of water to give to the umpires, no pictures to take with the fans, all because of the Covid-19 shutdown.

No one misses the action more than Rookie. Rolling in the grass. Interacting with players. Running off to the training room to get a tasty treat from athletic trainer Jimmy Downam. All that is so special for Rookie.

Then there is the first pitch, getting your name announced over the PA system and running out to applause to pick up your first bat of the game. Bats are always picked up toward the barrel; never grab the handle where all that gooey stuff is placed on the bat by the hitter.

Rookie longs for the day he can return to the ballpark for games, see his friends and do his job. “Dogs miss baseball too,’’ Eric Lipsman, Thunder Senior VP of corporate sales and sponsorship, told BallNine.com. “Rookie misses everything about being at the ballpark and doing his job. You can see it in his reaction when he comes over to the stadium, how happy he is.’’ Lipsman has taken care of all the Bat Dogs in Trenton with much patience and love.

Young players trying to find their way in professional baseball know it is a difficult task. There are plenty of growing pains. Players have bad days but as any dog owner will tell you, a dog brightens your day when you are down. In some ways having a dog around the ballpark makes it easier for the young players.

“Rookie is a veteran now and he has been absolutely perfect,’’ Lipsman said. “The fans love it and for fans who have never seen it before, the reaction from them is amazing. They can’t believe their eyes. “Gleyber [Torres] was Rookie’s best friend when Gleyber was here. Rookie was like a puppy and the two of them bonded every day,’’ Lipsman said. “When he saw Gleyber at Yankee Stadium last year he was like the happiest pup.’’ Rookie gets some work in

Rookie’s love for baseball shines through when Lipsman takes him back to the empty ballpark.

“He loves it, it is just incredible,’’ Lipsman said.

“When Rookie gets to the stadium he goes right into the training room to get a treat – and of course there is no trainer – he’s so disappointed,’’ Lipsman told me.

Jimmy is not here. No one is.

I go in the office two days a week.

Rookie always comes in with me then and is just so happy to be back at the ballpark.

He’ll just sit in the stands and look at the field, it’s home for him.’’

Baseball is a game of routines.

When that routine is taken away it is tough to deal with for both players and Bat Dogs. “He’s been doing it full time since 2015 and he goes to so many different places,’’ Lipsman said.

“He’s gone up to (AAA) Scranton/Wilkes-Barre, he’s been to (Short-Season A) Staten Island, he’s been to Yankee Stadium last July and he was supposed to be at the Triple-A All-Star Game in Scranton also.’’

That All-Star game was supposed to be played July 15 at PNC Park. Rookie would have had the chance to do his thing in front of the best players in Triple-A and a packed ballpark.

The minor league season should have been two months in by now at Trenton. 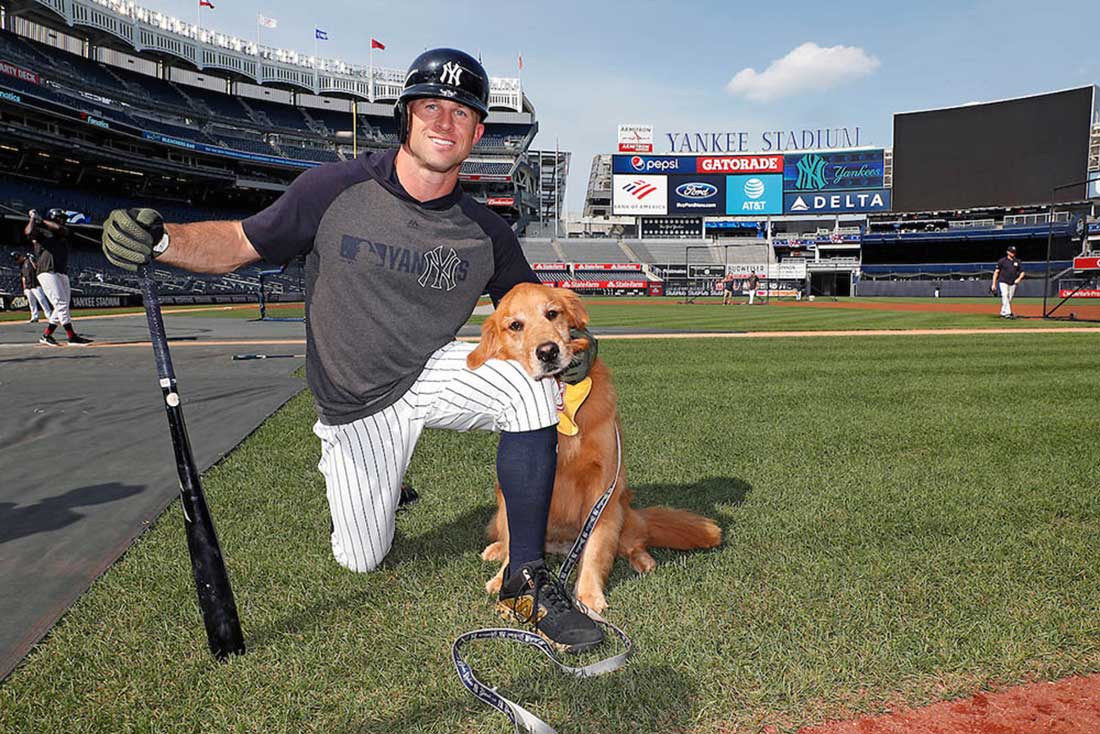 Gardy and Rookie. Friends for life. Photo courtesy of the New York Yankees Dash is ready to make his debut

What would have made this year extra special was that Rookie’s five-month old cousin Dash was to apprentice in the family business, the fourth generation for the Thunder. That is one generation more in baseball than even the Boone family. First there was infielder Ray Boone who played 13 years in the majors. Then his son Bob was a catcher who lasted 19 years in the majors. Bob’s sons Aaron (12 years) and Bret (14 years) made their mark, too. Rookie loved spending time with Aaron last summer at Yankee Stadium.

Dash is going through his paces with legendary trainer Shelly Leibowitz at the Green Leaf Pet Resort in Millstone, N.J. Derby and Rookie were trained by Leibowitz and Rookie still works on his game like any devoted athlete. “I take him over to the training facility were Dash is right now and he goes over there and swims because they have an indoor pool and they will practice bats with him just so he doesn’t forget anything,’’ Lipsman said.

The plan is for Dash to be out there with Rookie on Opening Night 2021.

“We have ‘Bring your Dog to the Park nights’ and we have heard from so many dog owners that their dogs really miss going to the stadium,’’ Lipsman noted. “So many fans have reached out saying, ‘I was hopeful that my dog would get to meet Dash this year,’ because we have a meet-and-greet with the dogs and they loved to meet Rookie, so they were all excited to meet Dash. Some of Dash’s brothers and sisters from the litter were going to come out for a family reunion but we’ll have to wait until next year now.’’

That remains the saving grace of baseball. No matter what happens this season, even if there is no season, there is always next year.

You can be sure Rookie will be ready. Cheers will ring out and smiles will run foul pole to foul pole as bats are retrieved.

Rookie will again turn the ballpark into Arm & Hammer Bark.

All will be good.

Rookie will be home again. 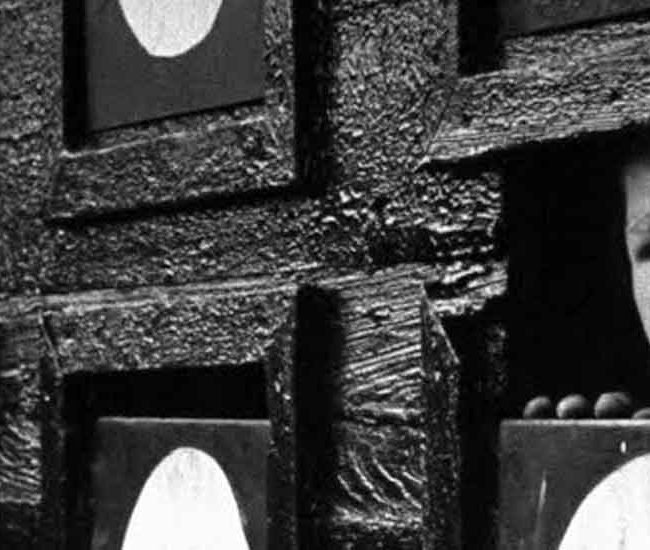