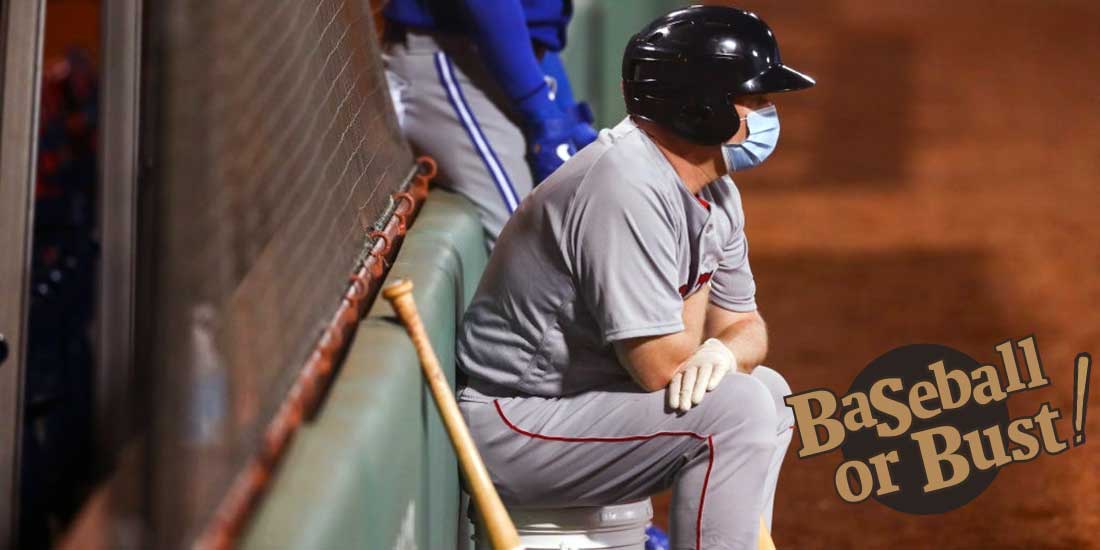 Major League Baseball made it pretty clear over the last few months that fans are last on the list of priorities, so you are going to have to get over it, if you can.

What is this 2020 version of baseball going to look like?

The biggest thing working in MLB’s favor is that the Boys of Covid Summer will have a totally different look after the two warring sides finally sent their lawyers to a back room and brought out the bats, gloves and baseballs.

America’s Game is a sideshow this year. How is this version of baseball going to play out? There will be a curiosity factor for sure. If people watched Cornhole on TV, they will watch this version of speed-dating baseball.

Summer camp reopens in ballparks on July 1. Games are scheduled to begin three weeks later in a comet-like 60-game season.

Let’s hope the season doesn’t get called on account of Covid.

There will be no fans in the stands, a much different atmosphere where foul balls will clang around empty seats. The umpires strike and ball calls will be heard clearly as will any other loud discussions. Twitter sensation Jomboy is sure to have a field day.

Fans will be curious so they will watch… at first. But will they stay? Will they invest their time, their baseball souls to this game or is it a case of ownership and players finally going too far, pushing the fans away with their selfish antics over gobs of money. 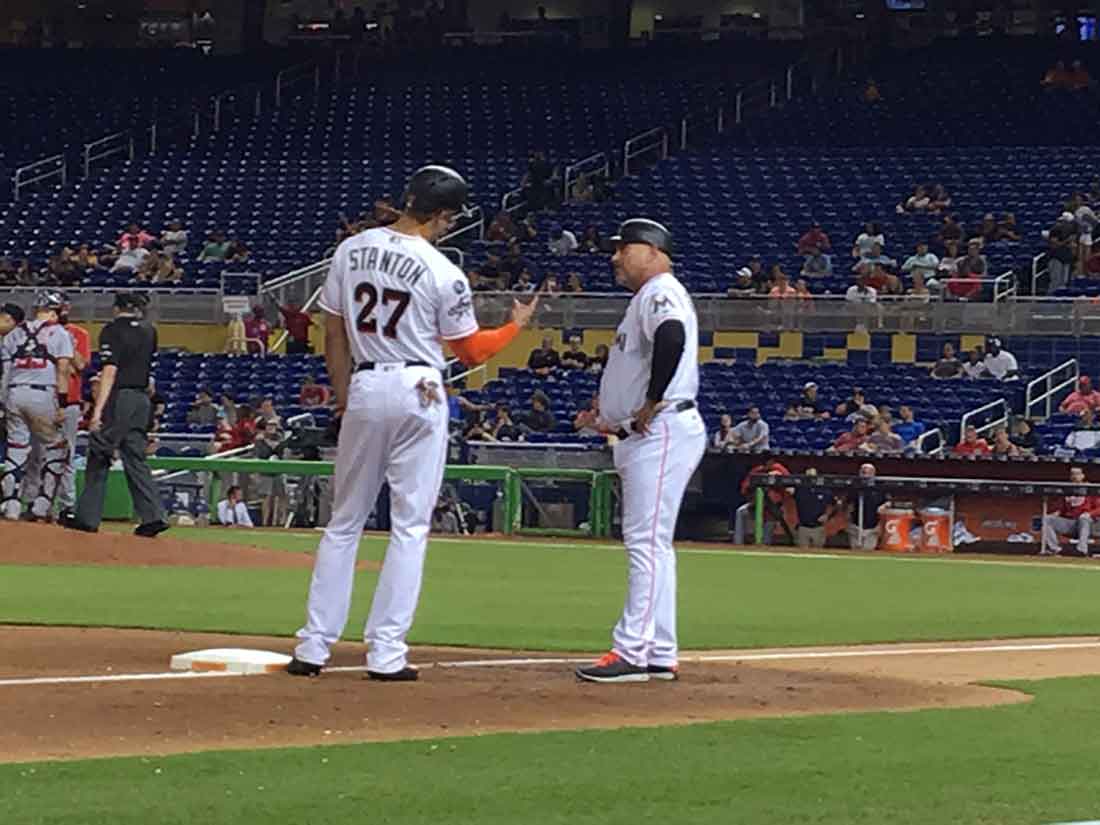 This year every stadium may look like Marlins Park. Photo: Chris Vitali

This could have been settled six weeks ago, of course, if baseball cared about the fans. Once spring training came to a screeching halt both sides should have worked this out and had a solid plan moving forward so the season would be in gear.

Instead of a marathon, baseball is a sprint. Teams that get off to the best starts, teams that stay healthy will be in position to win the short season. With it being a 60-game run, depth is not as important as it usually is simply because there are 102 fewer games.

If all this craziness had happened last season, the season would have ended June 4th so your AL Division winners would have been the Yankees, Twins and Astros. The Rays would have taken the first wild card and the Red Sox and Rangers would have tied for the second wild card.

Over in the NL the Phillies would have won the East, the Cubs the Central and the Dodgers the west with the Braves and Brewers being the wild card teams.

The only certainty to come out of that would be that at some point the Yankees would have swept the Twins away in the postseason.

Everything else would have been up in the air. Notice there are no Nationals in that group. So the World Champions in 2019 would not have been there to beat the Dodgers in the NLDS. That means the “It’s a Wonderful Life’’ Dodgers might have won their first World Series since 1988, and I was there to watch Kirk Gibson launch that incredible home run. 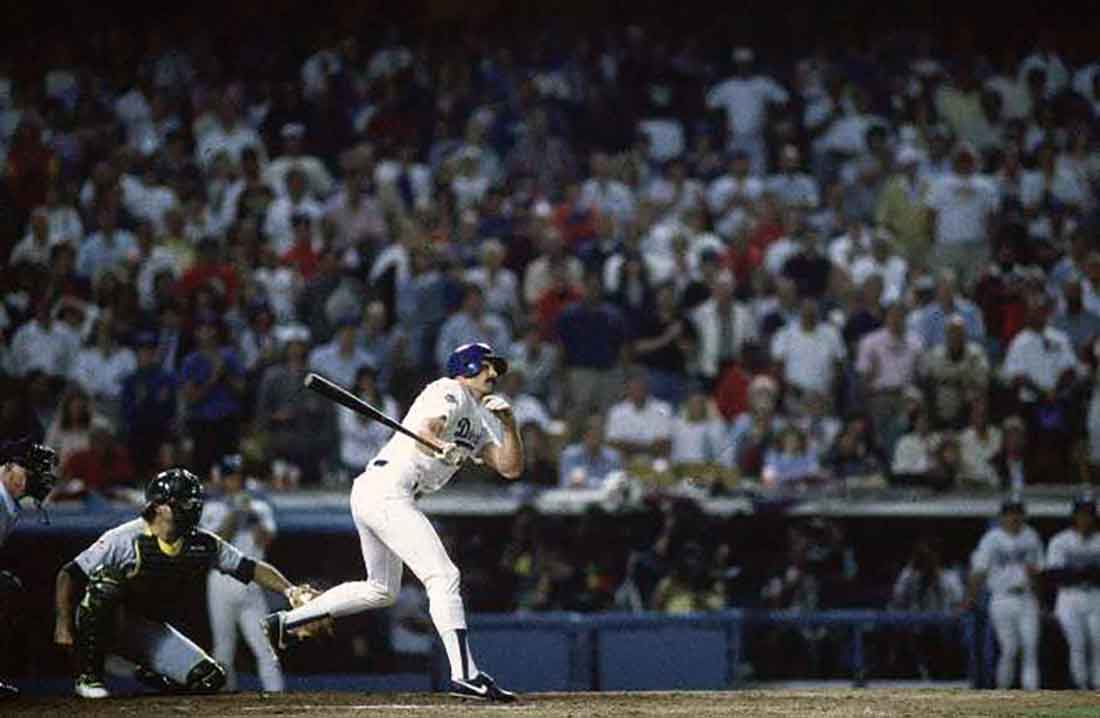 The Dodgers have made seven straight postseasons with no World Series win to show for it. Adding Mookie Betts will be a huge lift. Perhaps the Nationals will continue to ride the same October wave now that the pitching staff led by Max Scherzer and Stephen Strasburg has had extra time to regroup.

With no fans in the stands – although that could change – self-motivation and a manager who can motivate is extra important this season. The Astros are public enemy No. 1. They will not be skewered in road games this year for being cheaters because the amount of fans will be limited or there may not be fans at all. And don’t forget one of Dusty Baker’s strengths as a manager is motivating a team on a daily basis.

The player and team in the National League that could be helped the most by this short schedule and change in rules is the Mets. They have a leg-up over their NL East competitors because Yoenis Cespedes does not have to play the field. He will only hit. Cespedes was thrilled when there was first talk of the NL DH, so this new rule is a benefit to him. The Mets are one of the few NL teams to be stacked at designated hitter. He’s also a free agent after the season.

“The best Cespedes is a motivated Cespedes, a Cespedes on a make-good contract,’’ one major league executive told BallNine. 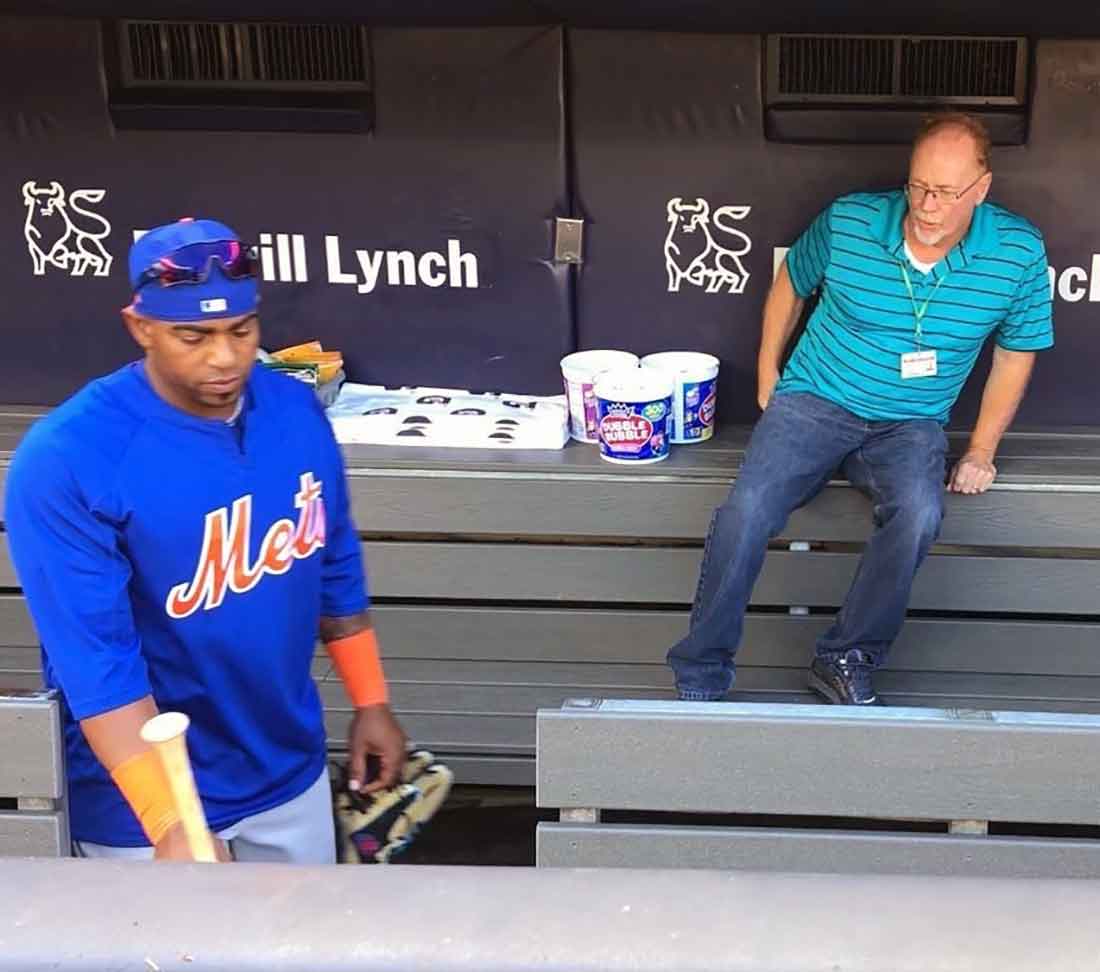 Kernan giving Yo some tips on being a DH. Photo courtesy of Kevin Kernan

The Mets have Jacob deGrom poised to win his third straight Cy Young and such an anchor will mean so much for a team that finished the 2019 season on a strong run.

The short season is good for the Yankees, who get to beat up the dregs of the Al East, have a rested Gerrit Cole after throwing 615 innings the last three years with another five starts in the postseason in 2019. Then there is the strong bullpen led by physical freak Aroldis Chapman. That bullpen will be more valuable than ever. Aaron Judge benefits too as he is coming back from a fractured top rib, a severe injury that needed more time to heal.

Suffice it to say, you will not see many outfielders slamming into walls this season or trying to make difficult diving catches because it is more important to stay healthy and on the field than make a miracle catch. This season will be played with caution in many ways.

Another team to look out for is the Rays. They lost the ALDS in five games to the Astros and if that fifth game were played at the Trop instead of Minute Maid Park it might have been a much different ending. Remember, the Astros somehow jumped all over Tyler Glasnow for four runs in the first inning of Game 5.

It was almost as if they knew what pitch was coming.

The Phillies could be fascinating too, adding Zack Wheeler and Didi Gregorius. If new manager Joe Girardi can get the most out of a questionable bullpen, that will be huge.

Teams can trade for help and that adds a fascinating wrinkle with a 60-game season. Every game carries nearly three times the weight of a single game in a normal season.

Usually on July 24th teams are beginning to prepare for the stretch run. This year the stretch run is right out of the gate. Think of the season as an extended version of the World Baseball Classic. It’s not a season. It’s a tournament.

“After shutting it down for so long, it is going to be a little difficult, you are going to have to ramp it up right away,’’ one former star player told me of what it will be like to get going again and then sprint to the finish. “It’s like coming back from a long layoff after an injury. Adrenaline will take you only so far.’’ 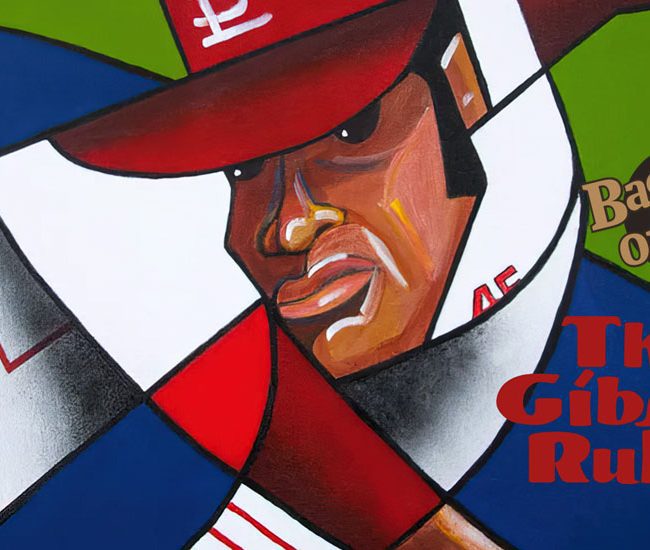 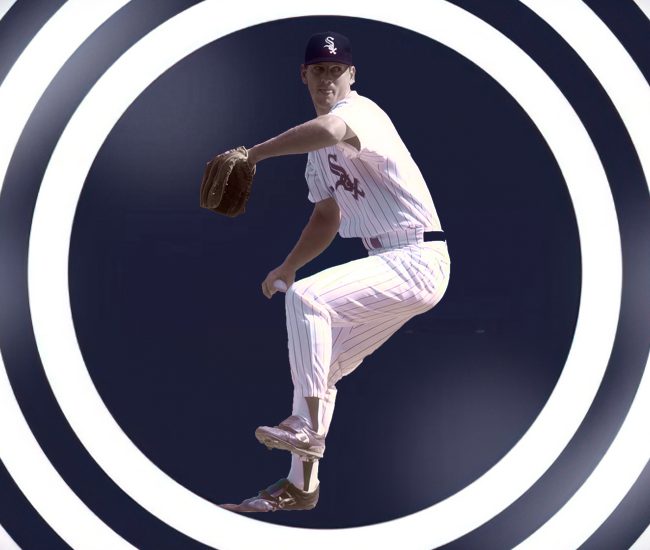