The King and His Court

Elvis was the King. So was Eddie Feigner.

Who is Eddie Feigner?

Feigner (pronounced FAY-ner) was the star of the King and His Court, the greatest fast-pitch softball pitcher to ever roam the earth. During his barnstorming career as the King, a road trip that began in 1946, Feigner, according to his meticulous records won 9,743 games, struck out 141,517 batters, fired 930 no-hitters and pitched 238 perfect games.

His team won 95 percent of the time, playing games everywhere from Yankee Stadium to the Great Wall of China.

The King was clocked officially at throwing the softball 104 miles per hour. He was a whirling dervish, delivering pitches from all angles and even blindfolded. He once struck out a hitter from centerfield – and on the football field hit the goal posts from 100 yards away.

No one had a right arm like Fast Eddie.

Feigner was on the mound along with three other players, a catcher, a shortstop and a first baseman. That’s it. That’s all the King needed; the other three players were his court.

Eddie said he could have done it with just a catcher and one fielder but went up to four players so when his team loaded the bases there would be a batter.

Feigner hung up his spikes after suffering a stroke in 2000. Ten years earlier he suffered a heart attack that slowed him down.

So what was it like to play with the King?

BallNine once again has the answer. I sat down with Dave Barnett, who played shortstop for Eddie in the early ‘80s. Since 1988, Barnett has been the extremely successful head baseball coach at Flagler College in St. Augustine, Fla.

Barnett, 62, was the centerfielder for the University of North Carolina in 1978 when the Tar Heels went to the College World Series and finished third. That was Mike Roberts’ squad. Yes, former Oriole Brian Roberts’ dad.

Barnett played a year in the Expos organization, was released, but the speedy outfielder had a couple of tryouts lined up in 1980 so he took a job as a groundskeeper for Wes Rinker, a former minor league pitcher who ran a baseball academy at Sanford Stadium in Sanford, Fla.

At that time, Barnett had never heard of the King and His Court. He was asked to put up posters in the area for an upcoming show. That’s when fate stepped into his life.

The local team that was to play the King was a man short, so Rinker had Barnett join the locals’ lineup. The stadium was filling up with just about an hour before the game when the phone rang in Rinker’s office at the ballpark. Feigner was on the other end and said the King and His Court shortstop had quit the night before in Orlando. He needed a new shortstop.

Barnett, 21 at the time, was Rinker’s man to play with the King. One night soon became four and a half years of traveling the country and different parts of the world, including an excursion to Saudi Arabia to play fast-pitch softball and as always, put on a show.

“Eddie was the last of the true barnstormers,” Barnett told me as we sat socially distanced at a farmer’s table at Auggies Draft Room, a delightful self-serve tap house on St. George Street in historic St. Augustine. “Eddie enjoyed the showmanship, being on the road, being the star. It was literally like being in a band with Bruce Springsteen. Eddie was the star.

“It didn’t matter who the other guys were. Eddie truly was the King.”

Feigner demanded perfection in a job where just getting from one venue, one state to the next was a difficult task with all-night drives and then a show, and another and then another.

“When Eddie would get pissed at us, he would say I can replace you guys anytime,” Barnett said with a laugh. “He had the King syndrome. Even his son called him the King. We never hung out with him except for the games. Most normal people wouldn’t put up with his stuff, but you put up with it because of the money. There were times when I could have walked away but then okay, what am I going to do, go back to my $5 an hour plumbing job?”

Eddie Jr. was in law school at the time and that’s why Barnett was needed on the team.

So It was onto Statesboro, Ga. and soon, the rest of the country.

“In those first six weeks we were in 14 different states,” Barnett said. “There were no days off, 220 games in six months and doubleheaders on weekends. You earned your money.”

Feigner first established himself on the company team circuit in Walla Walla, Washington in the late 1930s. One day he took on a challenge, saying he could beat a mouthy opponent with just a catcher.

“Eddie was a genius at marketing and he came up with this whole thing, the King and his Court,” Barnett said. “He put the schedule together and everything else.

“It was incredible what he could do. Nobody threw like Eddie and the way he captured the crowd,’’ Barnett said.

“I was a quiet kid and now I couldn’t be quiet,” Barnett said of being a member of the Court. “Eddie did teach me to be a showman. I had one important line. We were sponsored by Miller High Life in 1981. It would be the last inning. There would be two outs and he would get two strikes on the batter and he’d step toward our catcher and say, ‘There’s two outs, two strikes. This is going to be the last pitch’ and everybody would laugh.

“He would walk back to the mound and that was my cue, I’d start walking off the field real slow. And Eddie would start his windup, see me walking off, stop and say, ‘Where are you going?’

“I’d say, ‘You said there were two strikes, two outs, last pitch. I’m going home.’ Then I’d pause for a second and take my hat off, lean back and shout, ‘It’s Miller Time!’

“Then he’d go through this crazy windup and he’s got the ball in his hand, he goes behind his back and goes boom, throws the ball but catches it in his glove and it would be so fast, and our catcher, who had another ball, boom – would hit his glove – it would be all timing because he had a ball too. It was choreographed perfectly. So many people thought Eddie threw the pitch.”

“Eddie liked me, he was good to me,” said Barnett, who would fill-in on occasion after his four and a half-year stint ended. “And even after that I kept in touch. And when they came to Florida, I would go see them. In fact, I promoted two games when I was teaching at Flagler. I talked to him maybe a week before he died.

“The best part of the show was the pitching exhibition Eddie would give after the game,” Barnett explained. “Eddie would take you through how fast pitch started. It wasn’t just windmill there was slingshot. You have to stay within six inches of your body. There was orthodox. The ball did weird stuff like a knuckleball.”

It all became a fast-pitch history lesson after the show.

“I am the world’s finest softball pitcher by at least 100%,” Feigner told Sports Illustrated’s Curry Kirkpatrick back in 1972. “I can say this because I have never met or seen anybody who was anywhere near half as good as me. I have perfect control. I throw the best changeup there ever was. I throw other pitches nobody can. My in-drop and in-raise are super pitches and unique. Anyone can throw the out-drop or out-raise, but everywhere I travel pitchers ask me how to throw the others.”

The King did not have a modest bone in his body, but that’s why he was the King, he was that good. The King also was hugely admired by some of the other sports’ biggest stars.

“We were in a restaurant in Iowa City, Iowa, for a big pro-am golf tournament,” Barnett recalled. “We didn’t get to the hotel until like 9 o’clock at night and Eddie said we were playing the pro-am the next day.”

The following day after that was the softball game that featured the Oak Ridge Boys, played in the University of Iowa’s baseball stadium, a charity event.

“We go into the dining room to eat and Tom Watson comes over, and you have to remember that at the time he was like Tiger Woods, he comes over and says, ‘Eddie, how you doing? Can I come over and sit with you guys? He was all enthralled with Eddie and he was winning all those tournaments in the early ‘80s.”

Watson played in the game as well. “On our bench is Ernie Banks and Stan Musial, just sitting and talking with Eddie,’’ Barnett said of the iconic Hall of Famers.

Hitting fast-pitch is so difficult that Barry Bonds once said that he truly believed softball pitcher Jennie Finch could strike him out. The rise ball is another world and so is the drop. In a 1967 exhibition game at Dodger Stadium, Feigner struck out in succession: Willie Mays, Roberto Clemente, Brooks Robinson, Willie McCovey, Maury Wills and Harmon Killebrew.

“It is a good feeling to know that I am the only one of my kind in the history of the world,” Feigner proclaimed to SI.

Then there was the night of July 28, 1981, during the major league strike.

The King and His Court played against “The Super Stars” at the Pontiac Silverdome.

Magic Johnson, future NBA Hall of Famer and a Michigan native, and former Tiger Gates Brown put together the Super Stars that featured players like Mickey Lolich and Tigers shortstop and future baseball Hall of Famer Alan Trammell. “There were 17,000 people there,’’ Barnett recalled. “The largest crowd I ever played in front of with the King and His Court.”

Barnett tripled to lead off the game, sliding hard into third base and ripping his pants on the artificial turf. Magic, who had already won a championship with the Lakers in 1979-80, his rookie season, was the third baseman. Magic smiled that Magic smile and told Barnett, “Damn, you’re fast.’’

Just another night on the road with the King and His Court. 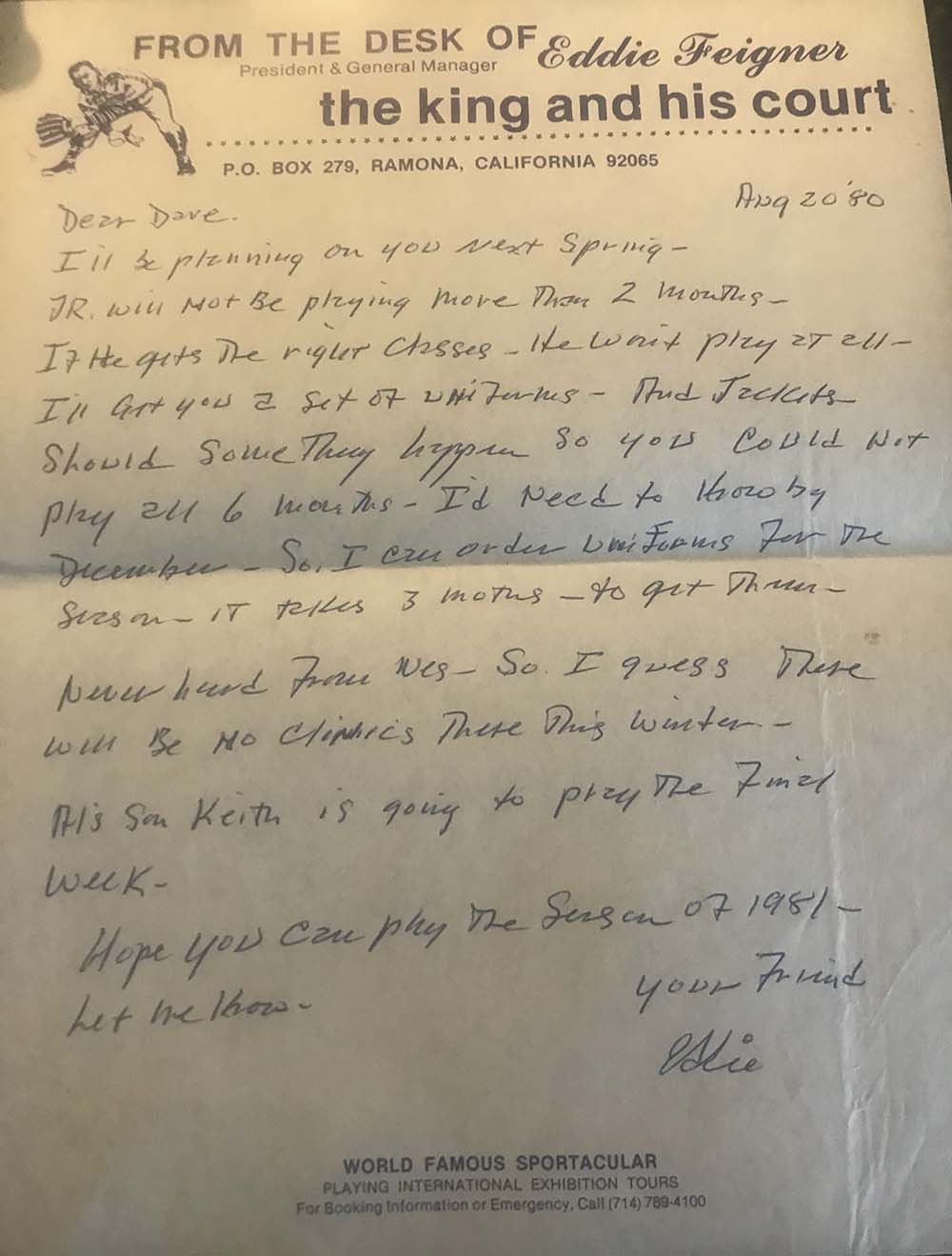 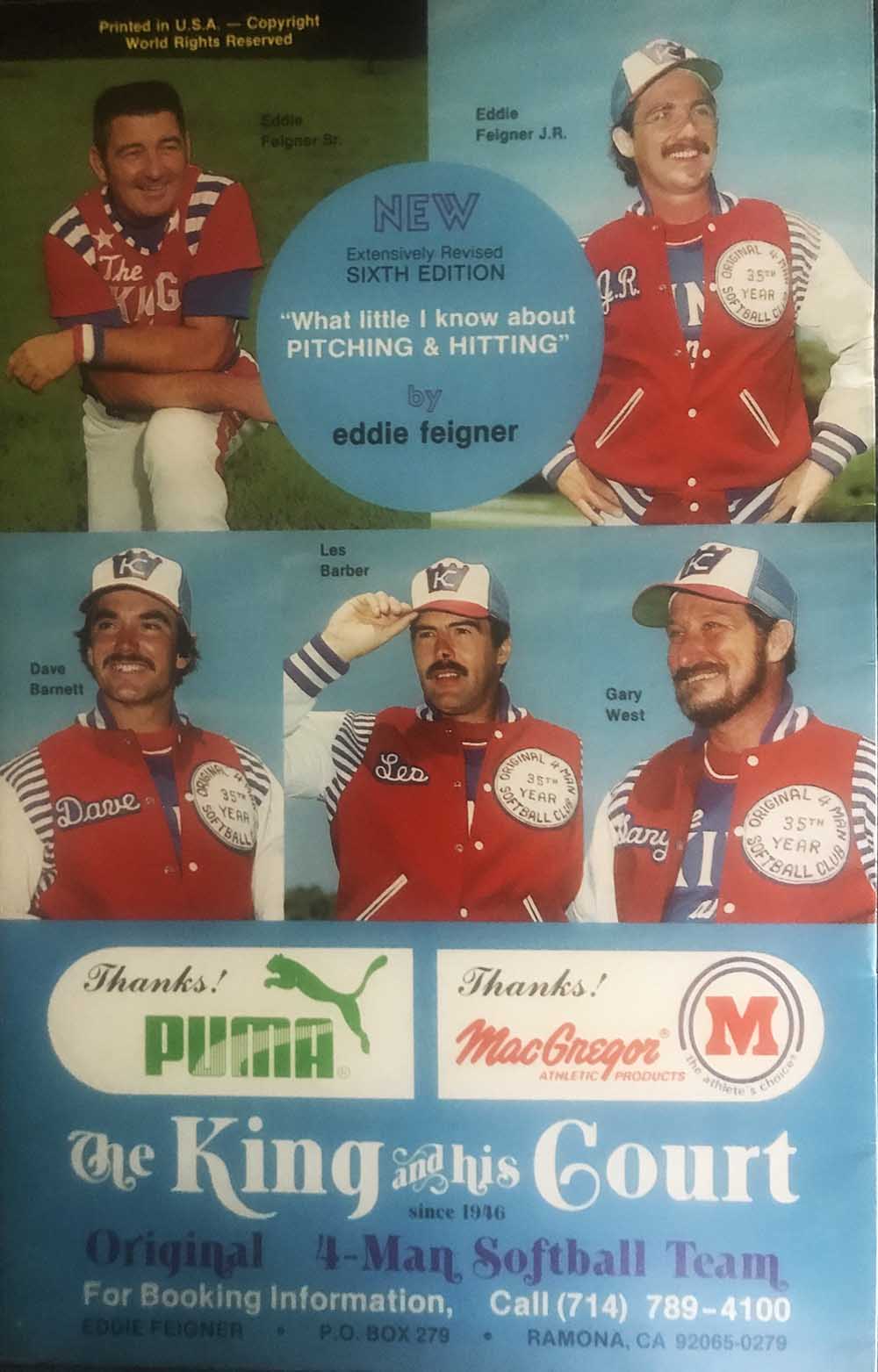 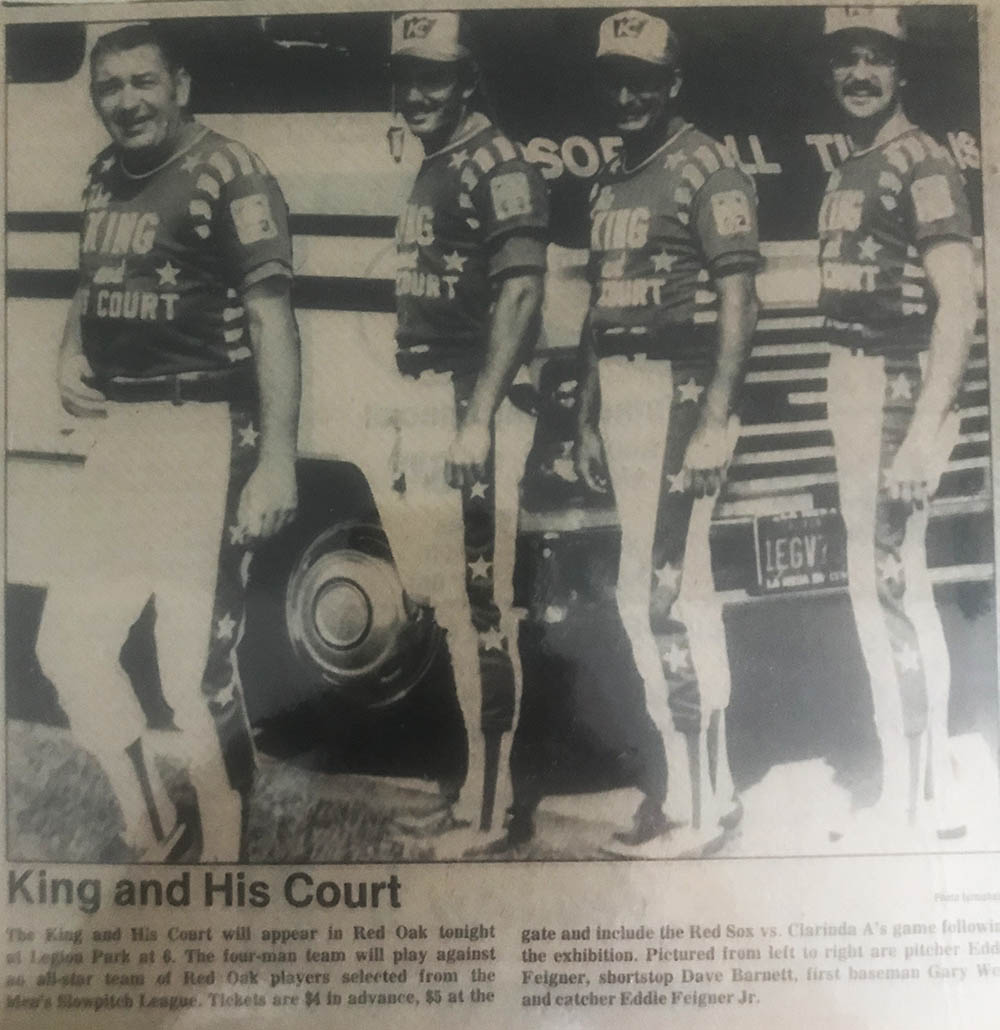 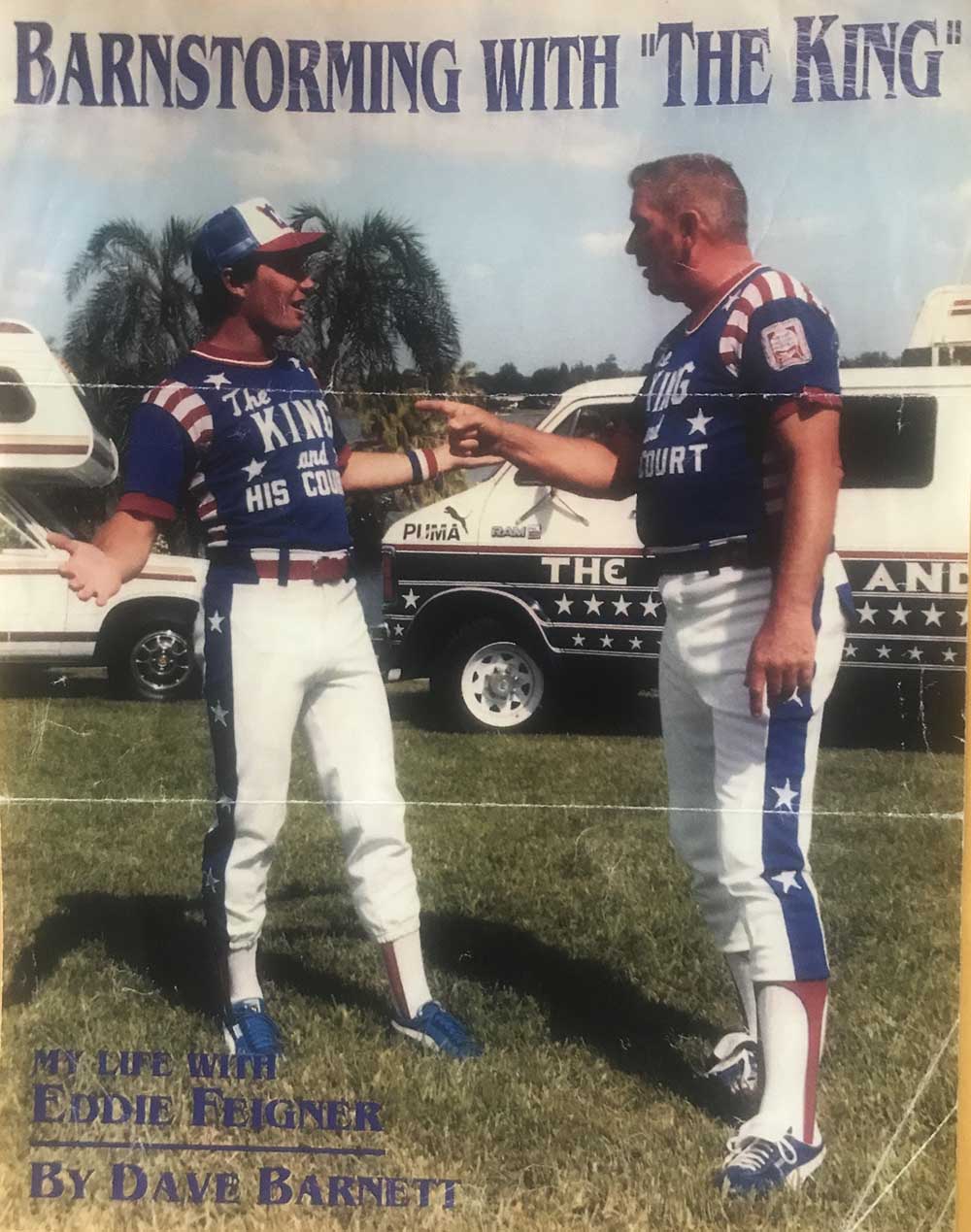 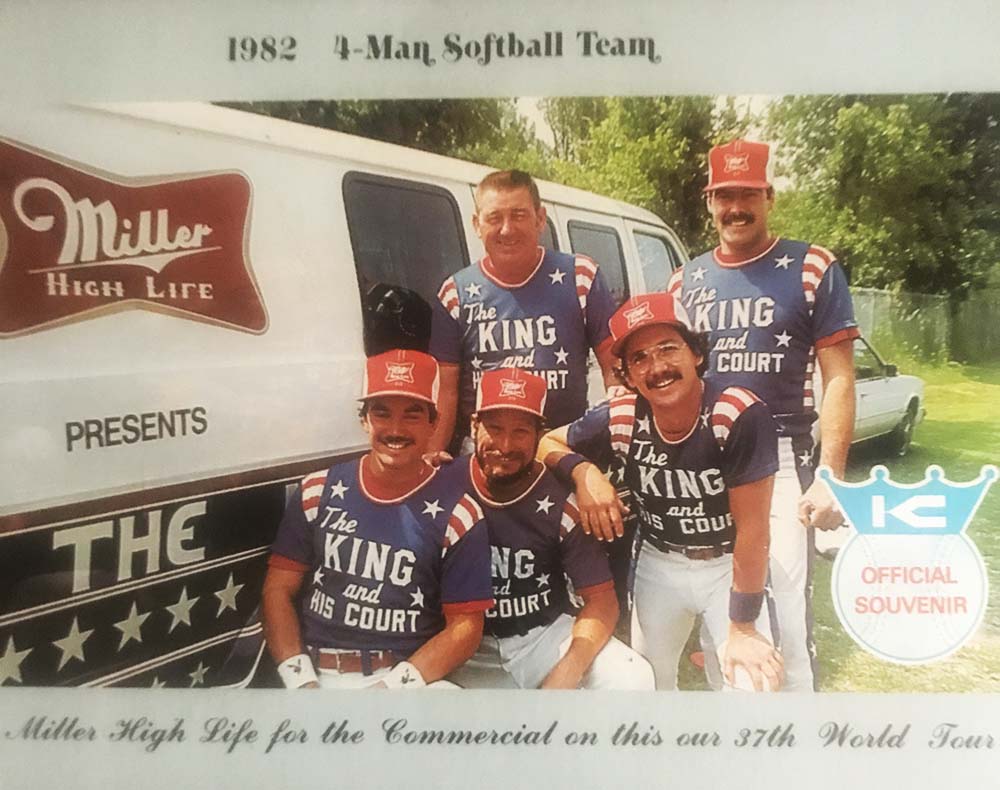 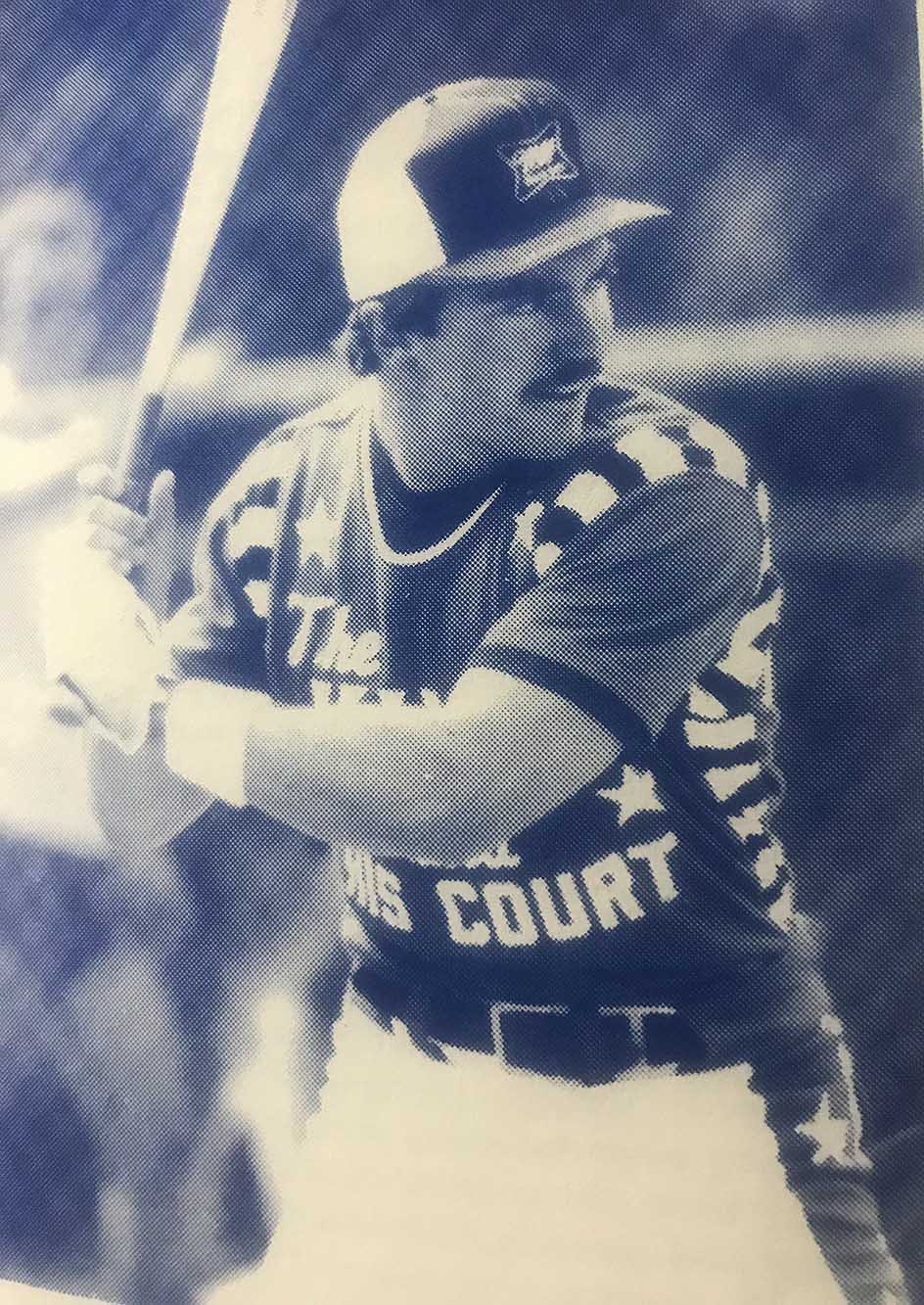 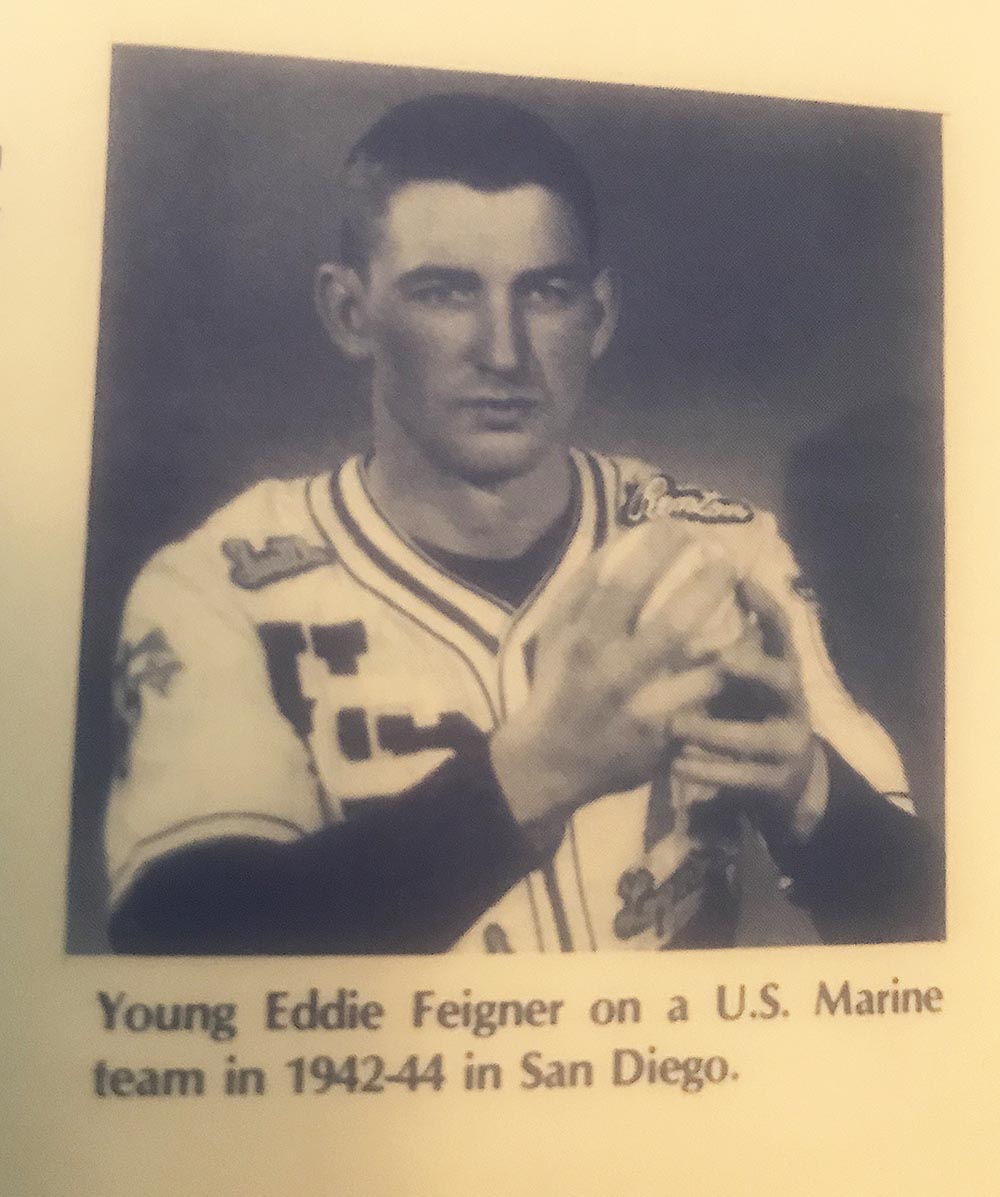 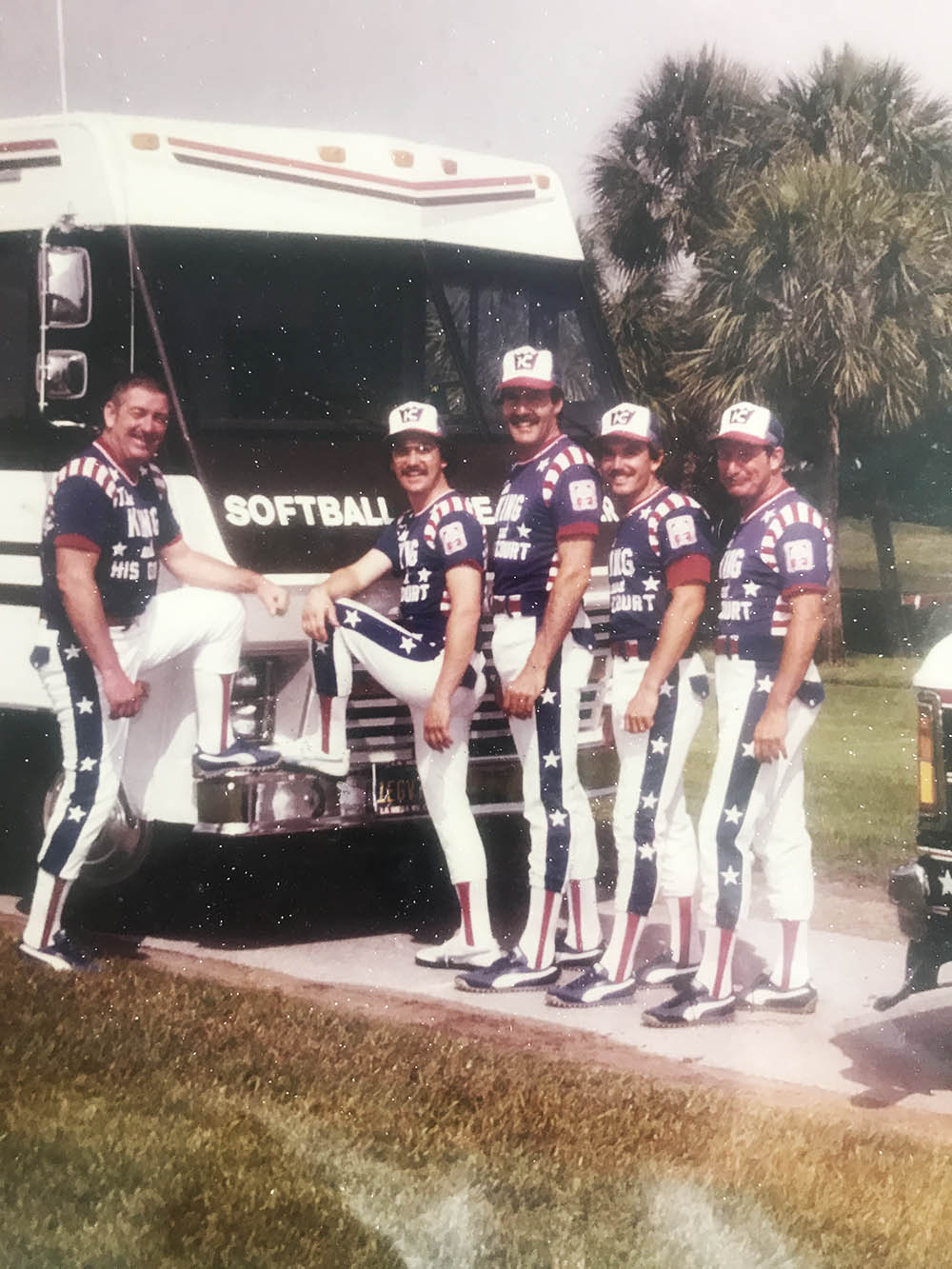 previous article
#SheGone Anti-Guru, Jeff Frye
next article
Can’t We All Just Get Along? 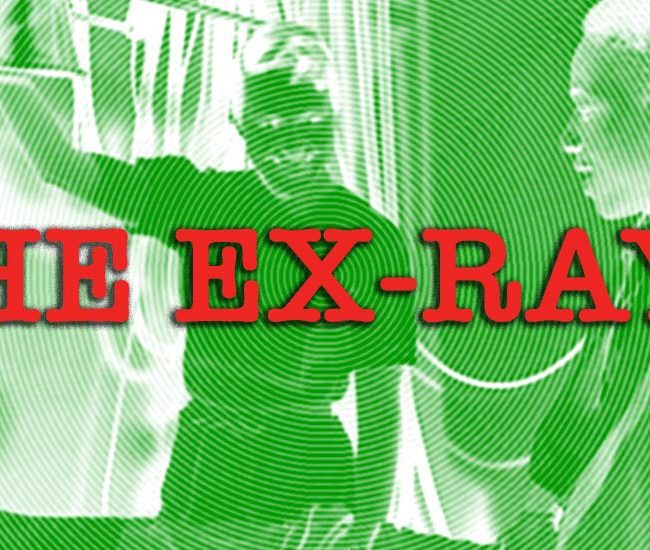