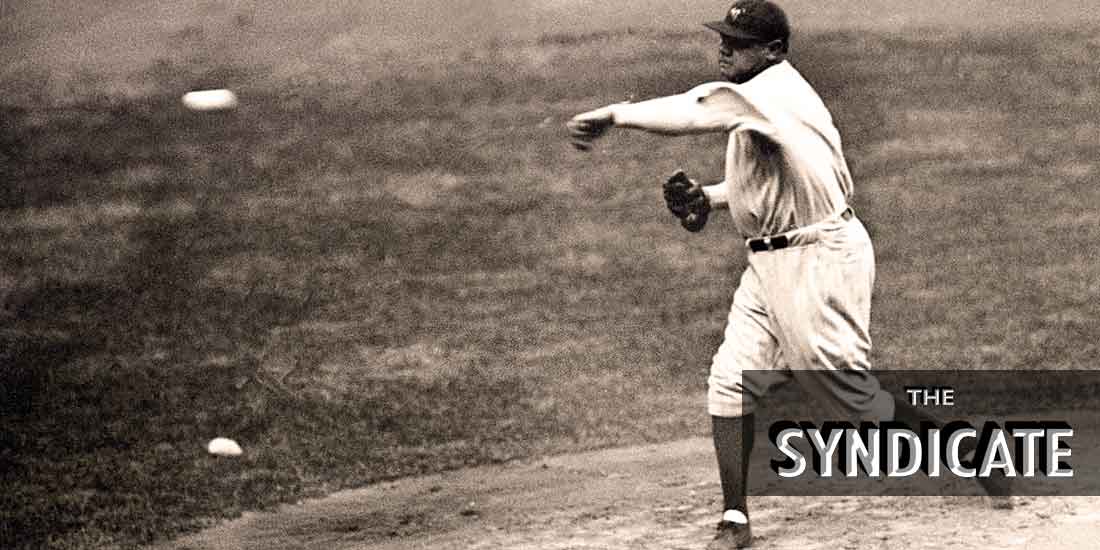 A little before 5 p.m. on Sunday, October 1, 1933, New York Yankees outfielder Sammy Byrd caught a fly ball for the last out of New York’s last game of the 1933 season. That catch also ended one of the top pitching careers in the American League – Babe Ruth’s.

At 38, overweight and dealing with nagging injuries, Ruth took to the mound that day against his former team, the Boston Red Sox, for what would be his last performance as a pitcher. He surrendered 12 hits and five runs while walking three and striking out none in nine innings to pick up his 94th and final career victory.

Ruth’s performance was a far cry from his days when he was one of the American League’s dominant left-handed pitchers, but the fact that he was able to hurl a complete game when he hadn’t thrown a pitch in three years was remarkable, a final “Ruthian” feat. He even hit his 34th home run of the season that day, giving him one more than Lou Gehrig to finish tops among all Yankee batters, and placing him second in the league to Philadelphia’s Jimmie Foxx, who finished with 48 round trippers.

When Ruth broke into baseball with the Red Sox, he showed he was as effective at the plate as he was on the mound. The Red Sox had used him at first base and left field between starting pitching assignments during the 1918 season – beginning his switch from pitcher to slugger.

The switch came at the urging of teammate Harry Hooper, who told Boston manager Ed Barrow the Red Sox needed Ruth’s bat in the lineup.

Barrow resisted, but then with Ruth’s increasing popularity among fans and his ability to hit for average and power, Ruth began taking double-duty as a pitcher and outfielder/first baseman.

On May 6, 1918, Ruth made his debut as a position player for Boston, playing at first. He did not disappoint the fans, as he homered in the game. For the rest of that season and in 1919, Ruth alternated between pitching and playing a position.

Headline from the New York Daily News, October 2, 1933 and a cartoon from the same day. 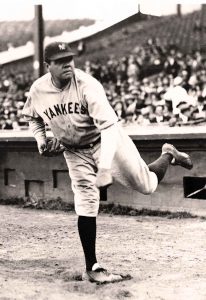 and other considerations, he immediately converted him into an everyday player. Ruppert wanted Ruth’s bat – which generated his large following of fans – in the lineup everyday.

In his 1920 start, Ruth worked four innings giving up four runs (two earned) and got the win (at the time, starting pitchers did not have to go at least five innings to qualify for a win).

In 1921, Yankee manager Miller Huggins didn’t have a rested pitcher for a June 13 contest against the Detroit Tigers. Ruth volunteered to pitch and gave up four runs before leaving to finish the game in the field, but not before striking out Ty Cobb. The Yanks won the game 14-8.

On October 1 of that same year, the Yankees clinched the pennant in the first game of a doubleheader against the Philadelphia Athletics. In the second game, the Yanks were ahead by six runs in the eighth inning when Ruth came in to pitch. He allowed the A’s to tie the game, but then held Philadelphia scoreless for three innings until New York won in the 11th.

“I had such a sore arm I had to eat with my right hand for a week!”

Ruth’s next pitching appearance came in 1930. On the last day of the season, Ruth started the game against the Red Sox, He started off strong, not allowing a runner past second until there were two outs in the sixth inning. Through seven innings, Boston managed only five hits, but got to Ruth for six hits in the eighth and ninth, scoring three runs. Ruth went the distance for a 9-3 run, walking two while striking out three.

Three years later, again on the last day of the season, and again facing the Red Sox, Ruth was the starting pitcher.

According to The Life that Ruth Built by Marshall Smelser, the Washington Senators had clinched the pennant in mid-September and the Yankees’ attendance was down. The team’s general manager Ed Barrow suggested Ruth could pitch that day to draw a crowd, and Ruth, as the story goes, would get a share of the gate receipts. According to Smelser, Ruth pitching the final game of the season was extensively advertised. The Sunday afternoon game drew 20,000 fans, when on the previous day, only 8,000 showed up.

For five innings, Ruth held the Red Sox scoreless, allowing just four hits. He began to tire, and in the sixth yielded four runs as the Red Sox strung together five hits. In the eighth, the Babe gave up a fifth run, but managed to hang on and finish the game. 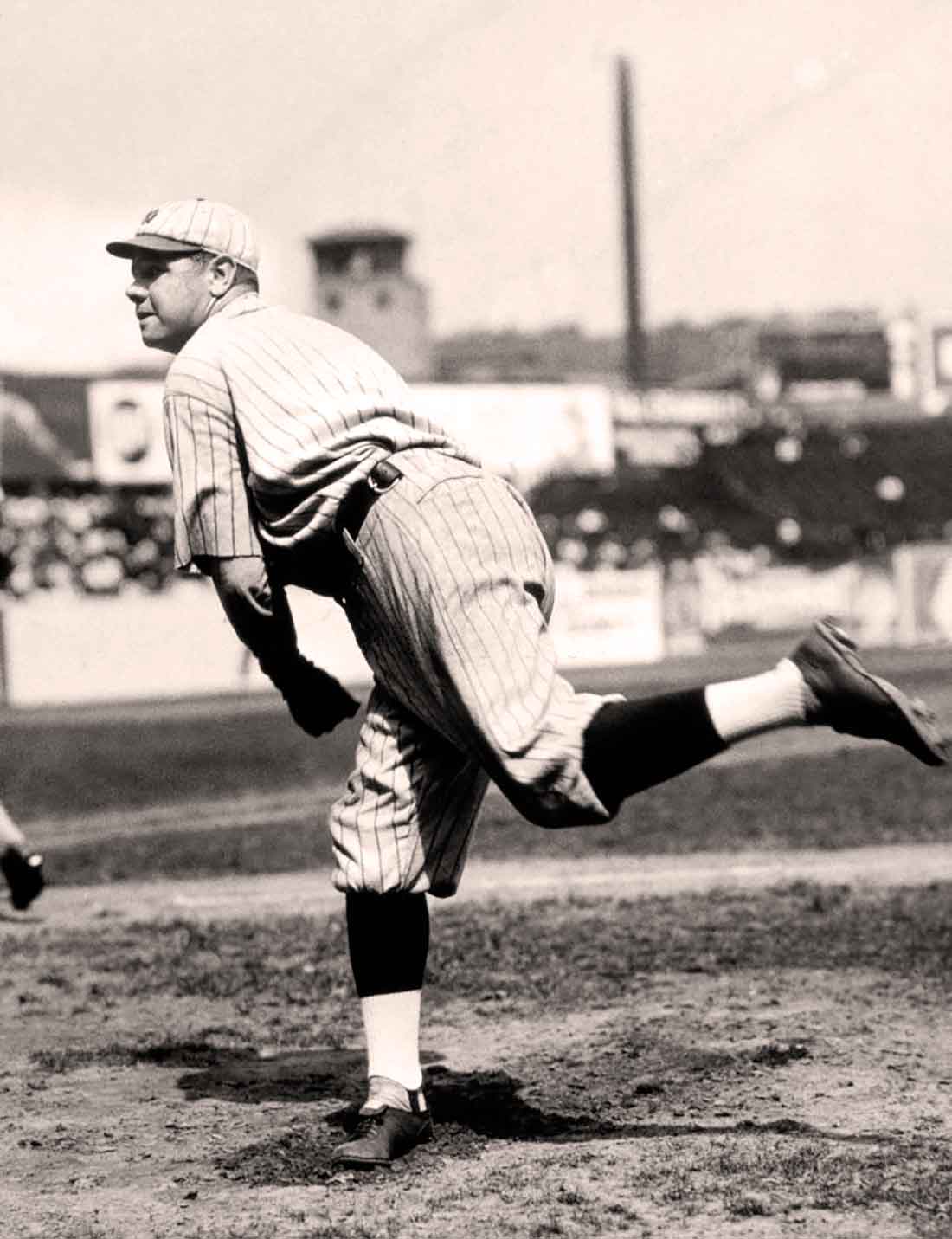 In his own book on playing baseball, Ruth said too many young pitchers hurt themselves by trying to strike out every hitter, and not relying on their teammates to help them. Ruth took his own advice that day; 18 of the 27 outs were recorded by the outfielders.

Newspaper accounts said the Babe gulped ice water, inhaled snuff and got vigorous rubdowns between innings. He reportedly was five pounds lighter when it was over. When someone asked if he’d ever get back on the pitching mound, he replied, “Never again!”

“He was so tired it took him an hour to dress,” recounted Smelser, and “his arm was so stiff he couldn’t lift it at all and used his right hand to tip his cap to fans.”

“I had such a sore arm I had to eat with my right hand for a week!” the Babe said later. 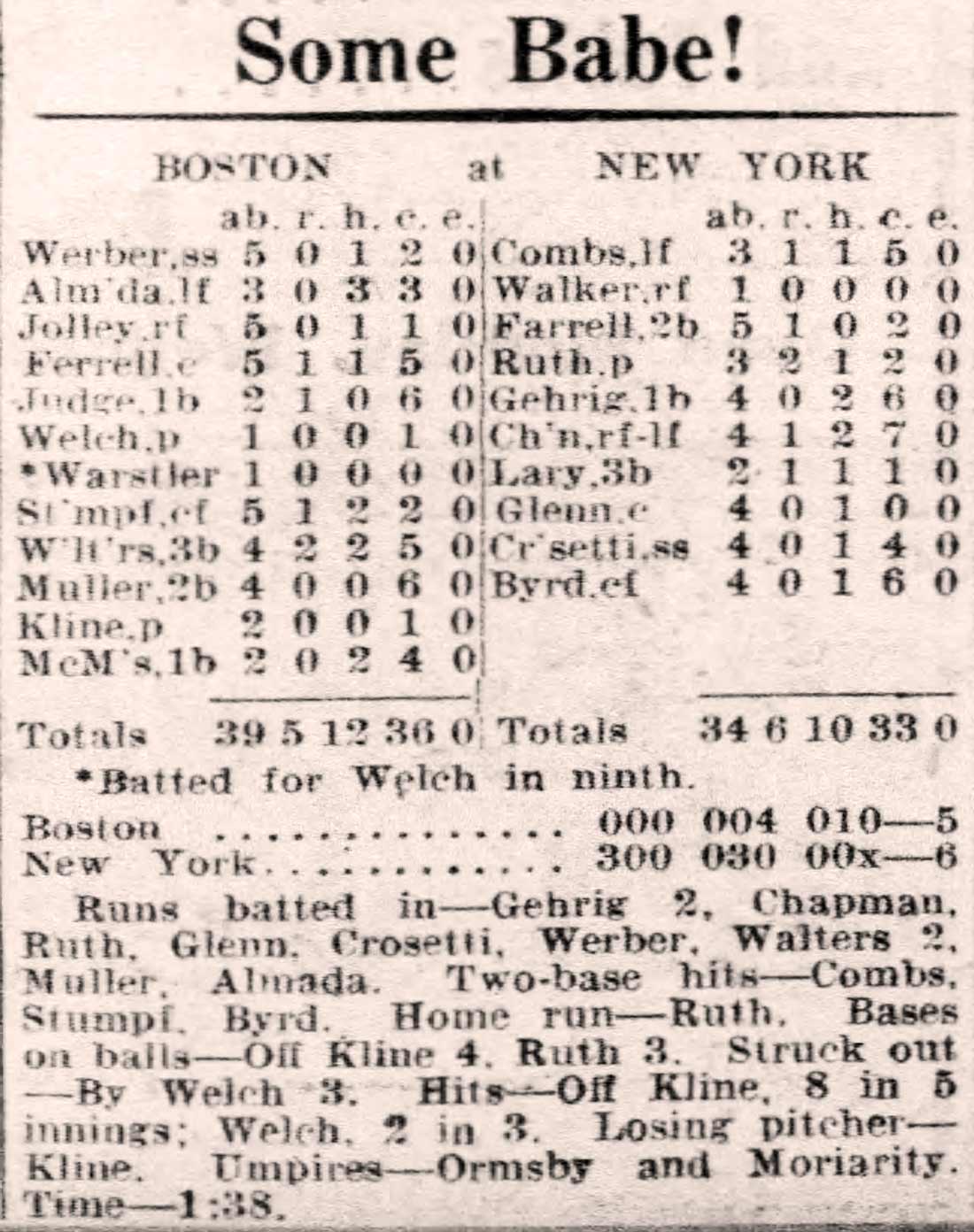 According to Smelser, a crowd of 5,000 waited for him after the game. It was, says the author, his last great ovation.

Bill Werber, who played with Ruth on the 1930 and 1933 Yankees, recalled that, “In exhibition games, he sometimes went in and pitched and he knew what he was doing.”

Shortly after the ’33 season started, Werber was traded to Boston. On October 1, he played shortstop and batted leadoff for the Red Sox.

Werber, who died in 2009, said in an interview in the 1990s he couldn’t recall that game. “I should, but I don’t,” he said. Werber went one-for-five at the plate, beating out a bunt. Ruth, he said, “felt he could do pretty near anything he wanted to, and he might have asked the manager to let him pitch that game,” but added that the Bambino was a real competitor, which is probably why he stuck around to finish the game.

Ruth was a showman and knew that most of the crowd that day had come to see him pitch, and he didn’t want to disappoint them. He didn’t. 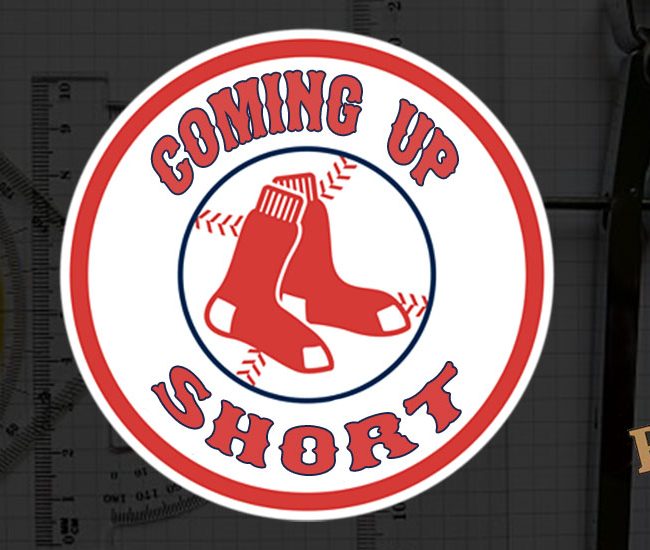