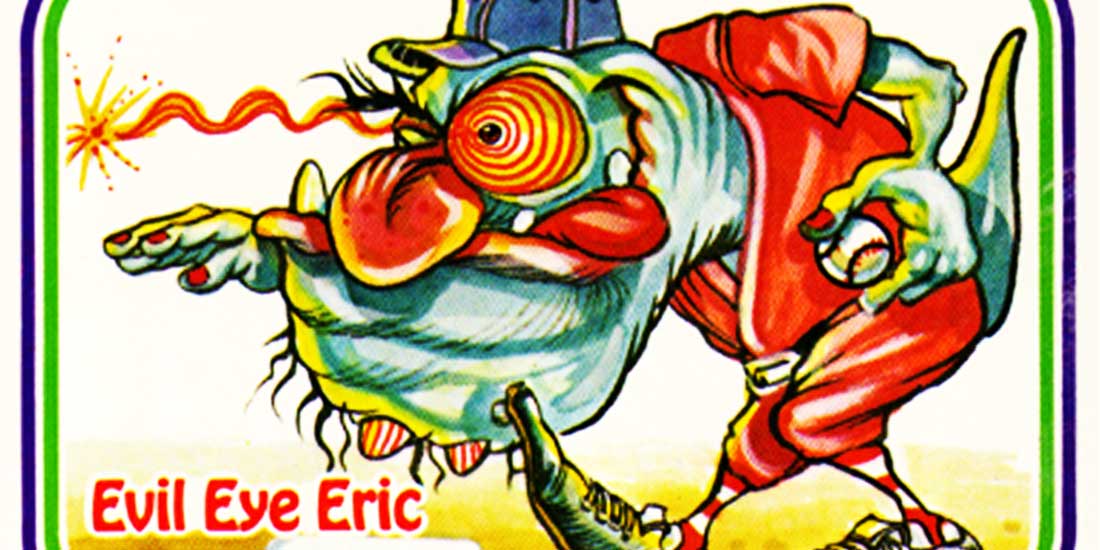 When it comes to players traded at the end of a season, card companies like Topps often heavily rely on their art departments to help create cards for the following season.

From the 1950s through to the early 70s, when art departments couldn’t find a back-up photo of a player not wearing a cap, or source a new one from an outside photographer, players would often suffer the indignity of an old photo being used with a blacked-out cap.

This was the case with Tony Conigliaro, outfielder for the Boston Red Sox, who was traded to the California Angels in a 6-player trade at the end of the 1970 season. For his 1971 card, Topps used an old photo and simply blacked-out the Red Sox logo on his cap. 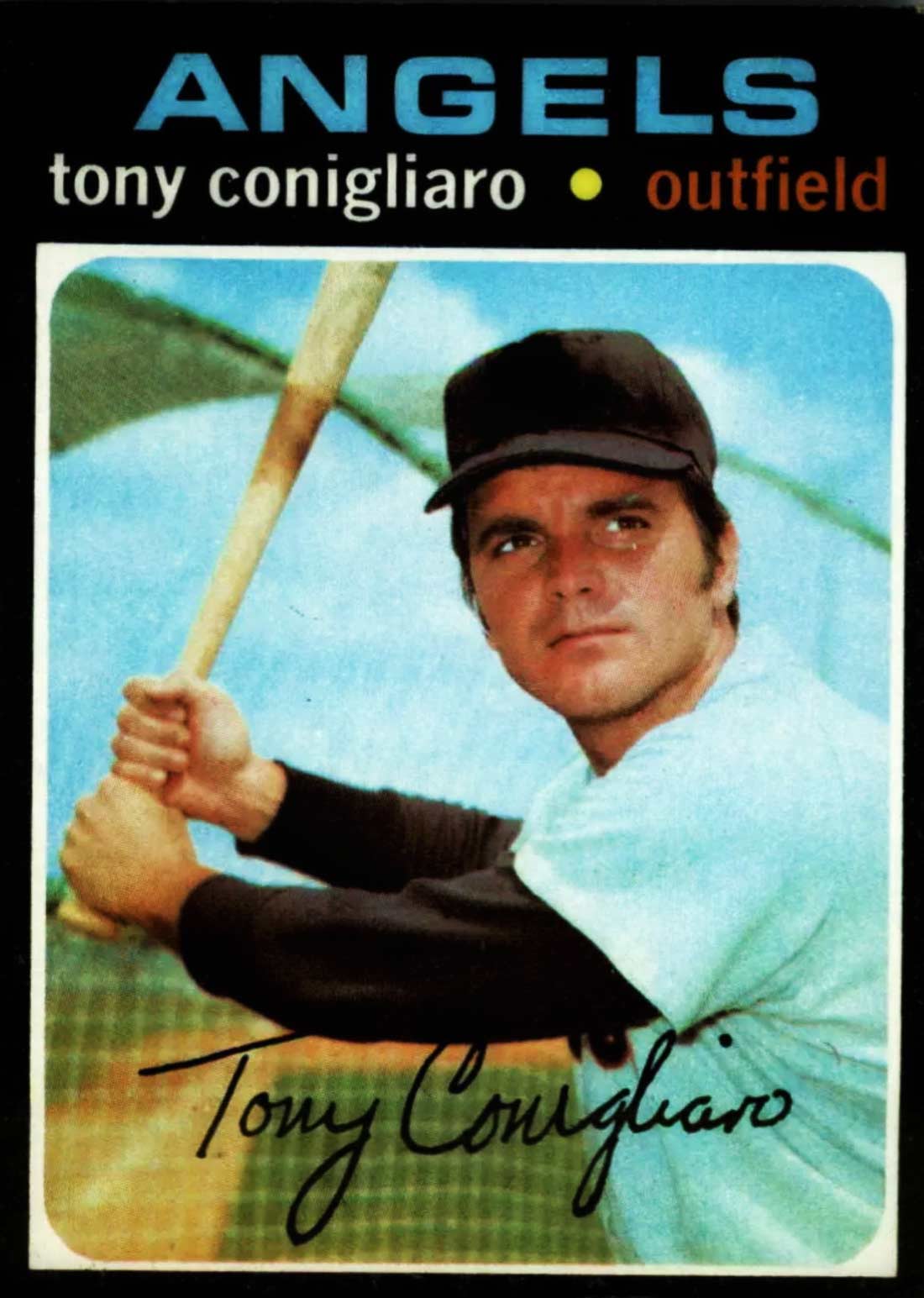 And if it wasn’t for Topps adding the Angels team name boldly across the top of his card, you could almost be excused for thinking he still played for his old team in 1971.

Except this wasn’t the case. And those with a keen eye will notice that, blacked-out cap aside, his uniform is markedly different to the one worn by the Angels at the time. It is a lighter grey, is missing the California halo patch and red trim on the sleeve and is also missing his player number on the front left-hand side of his jersey.

But wait… no one studies baseball cards that closely… right?

From the mid 70s, card companies began to get more creative, air-brushing entire caps and adding logos, and even altering the uniforms of traded players; however sometimes art departments got a little overzealous in doing so.

A perfect example is Ken Brett, pitcher for the 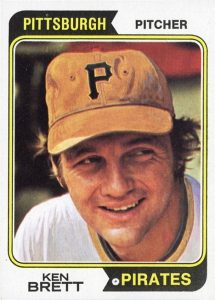 Philadelphia Phillies, who was traded to the Pittsburgh Pirates in exchange for Dave Cash at the end of the 1973 season. For his 1974 card, Topps used an old photo, air-brushed his entire cap gold and added the ‘P’ logo to it. They also added the black and gold trim to the collar of his uniform.

Looking at his card, it’s easy to see that the artist was a little heavy handed with the air-brushing here. Not only is the color of his cap a dark mustard color instead of the trademark gold worn by the Pirates, it is also inconsistent and patchy. It’s almost as if the artist hand-colored it with a marker.

But that’s not all. The artist failed to realise that the cap should have been two tone – gold with a black bill – and not just gold. And while they were certainly creative in adding the 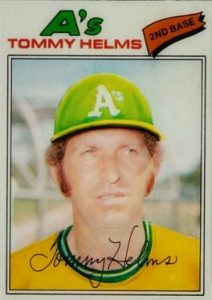 black ‘P’ logo to it, those with a keen eye will notice gold edging around it, which the Pirates caps didn’t have at the time.

Okay, so maybe I do study baseball cards a little too closely.

This is just one example of a badly air-brushed card. And while there are countless other examples out there, two others that also deserve a mention are Tommy Helm’s 1977 Topps card, with its shockingly bright lime green helmet and vivid yellow jersey, and John Denny’s 1983 Topps card, which also featured air-brushed clouds. Yes, clouds.

The late 80s saw the introduction of computer graphics programs to alter players’ old photos, with Ken Griffey Jr. revealing in 2014 that his 1989 Upper Deck Rookie Card was based on a digitally altered photo of him wearing a San Bernardino Spirits uniform. 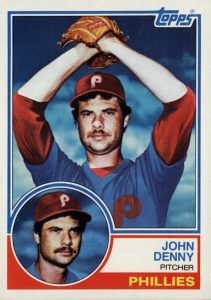 Griffey Jr. told The Sporting News “That baseball card was me in a San Bernadino uniform, they just PhotoShopped it. If you notice, the Mariners had the blue stripe down the center of the shirt. That one doesn’t have it. And if you look at the hat closely enough, you’ll see the trim of the red where the yellow is.”[1] Griffey Jr. was right, except where he referred to it as being PhotoShopped – PhotoShop wasn’t released until 1990.

Since that time, art departments have routinely altered players’ old photos after a trade has occurred, often using the exact same photo that was used for their card the previous year. But the result isn’t always flawless.

In fact, some of them are downright ham fisted.

One such example is Yovani Gallardo, pitcher with the Milwaukee Brewers who was traded to the Texas Rangers just prior to the 2015 season. For his 2015 Opening Day card, Topps used the photo from his 2014 card and digitally altered the uniform.

However, looking closely at the card, it is evident that it has been digitally altered. The letters on the front of his jersey appear flat and don’t follow the curve of the fabric where it is buttoned up. Similarly, the Texas flag patch does not follow the curve of his armband. Finally, the ‘T’ logo on his cap is slightly off-center.

You may ask yourself: “Well, okay. But surely this has improved over time?”

Not necessarily. Even as recently as last season, Topps has given us an example of a poorly altered photo. This time the player to suffer such a fate is Didi Gregorius, who signed with the Philadelphia Phillies after being granted free agency by the New York Yankees after 2019.

For his Series 2 card, Topps used a photo taken last November and digitally altered it. 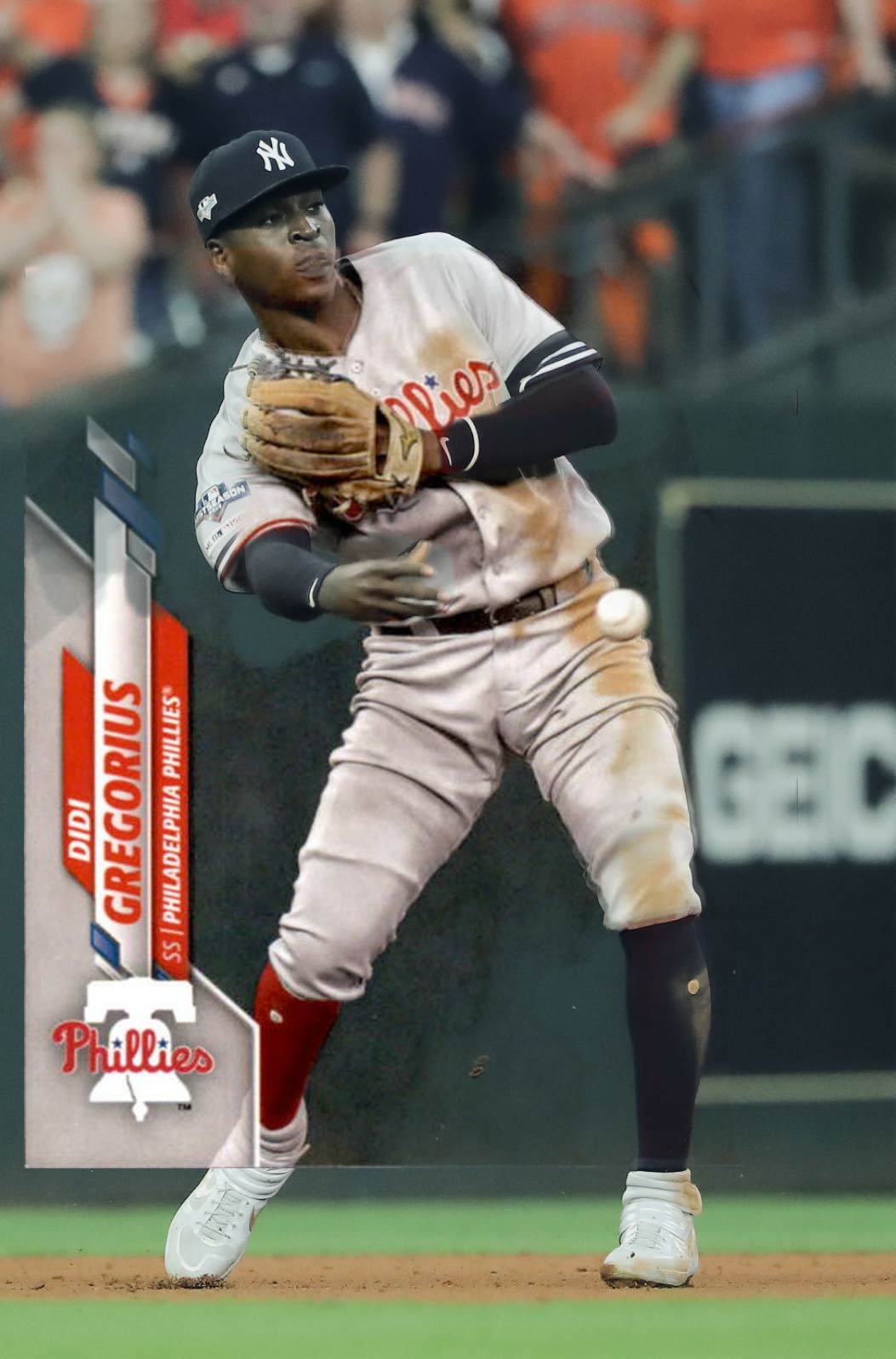 Comparing his card to the photo, you will immediately notice that the image has been lightened – I can only assume it was done because the artist wanted to lighten the grey uniform that Gregorius was wearing in the photo. Unfortunately, this had the effect of lightening his skin tone too. Yikes again.

The air-brushing of Sir Gregorius’ cap, right sleeve and left sock is poorly done; you will notice shadows where the postseason patches were on his cap and sleeve in the original image, and his sock just looks like it is badly dyed – the result of the artist simply air-brushing over his dirty sock. The artist has also air-brushed the shadow inside his right sleeve, giving Gregorius the appearance of having a ‘bulkier’ right arm (I have a feeling he might be okay with this though). Not to mention they decided to leave something not easily overlooked in what could only be described as a “moose knuckle”.

So there you have it. Despite all the advancements in technology over the years, and the amazing graphics software that is now available, card companies still don’t get it right all of the time. And so long as there are keen-eyed baseball fans out there, like you and I, we’ll continue to notice when they don’t. 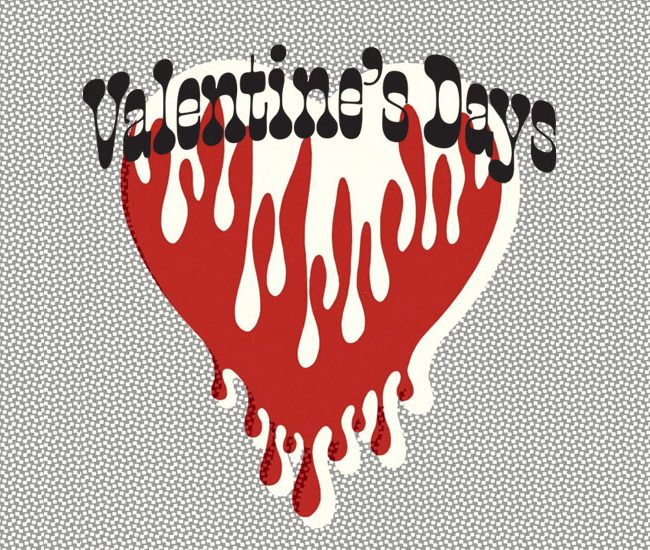 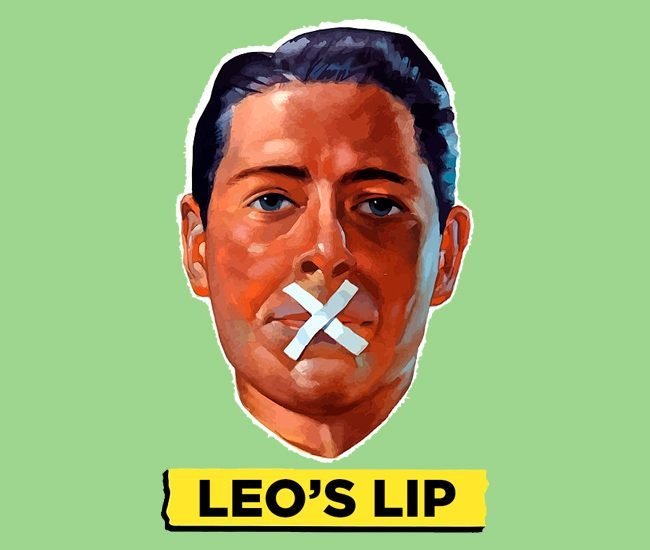