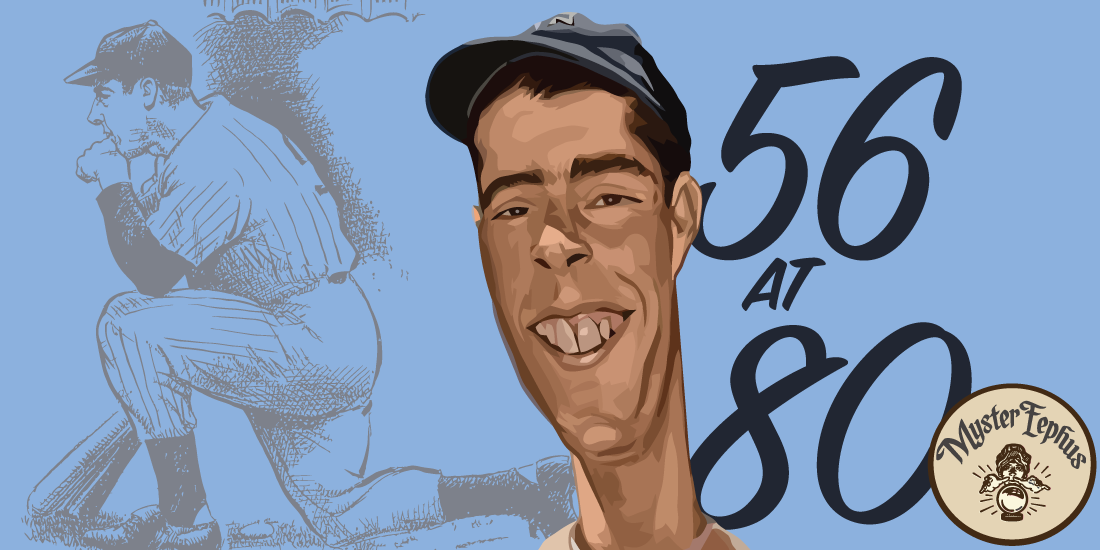 There was one person among the throng at Cleveland’s Municipal Stadium on July 17, 1941 who wanted Joe DiMaggio to get a hit and keep his record-setting hitting streak going: Bob Feller.

Rapid Robert was scheduled to pitch against DiMaggio the following day, which would have been the legendary Yankee’s attempt to record a hit in 58 consecutive games.

“Boy, it would be nice if DiMaggio keeps it going another day. I’d sure like to get a crack at stopping that streak tomorrow. I’d like to be the one on the mound,” Feller said to himself before the game, according to Kostya Kennedy’s book, 56.

He never got the chance, of course. DiMaggio went 0-4, ending the streak at 56.

Eighty years ago, on May 15, 1941, DiMaggio recorded a single to start his streak. Two months later, it came to an end at the cavernous Cleveland ballpark in front of 67, 648 fans.

In the eight decades since, only Pete Rose’s 44-game hit streak in 1978 has come the closest.

Three people stopped Joltin’ Joe’s streak: Indians third baseman Ken Keltner, starter Al Smith and reliever Jim Bagby, Jr. For a time, the trio enjoyed the notoriety being associated with the streak – of course today, only baseball fanatics would know their names and their significance. If you have a great memory and saw the 1975 film version of Raymond Chandler’s Farewell My Lovely, you’d know about Smith and Bagby. 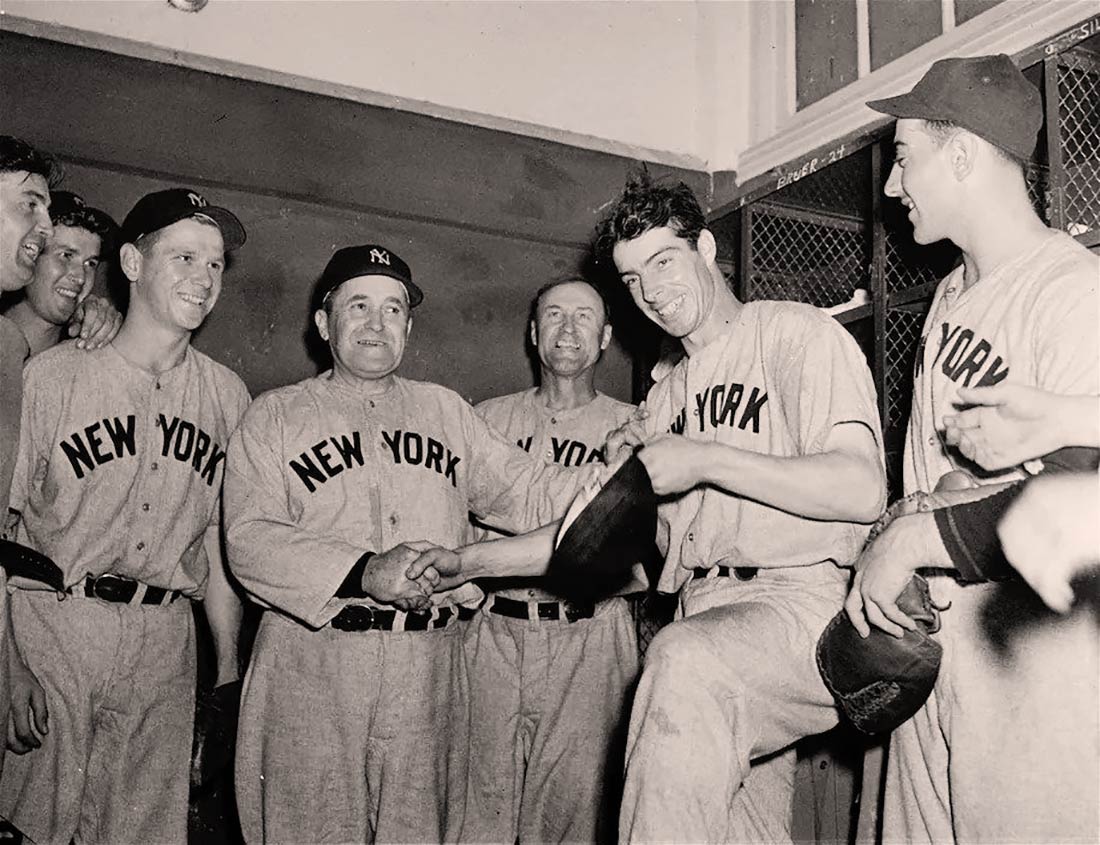 Joe DiMaggio gets congratulated in the locker room in 1941.

Through the course of the movie, as Robert Mitchum (playing Philip Marlowe) narrates the action, his character eagerly follows news about the streak (which is not in the book). Near the very end of the film, Mitchum says, “Bagby and Smith. A couple of run-of-the-mill pitchers stopped DiMaggio. Maybe they had a little extra that night…” It probably would have taken too much time to explain who Keltner was and his role in the game.

A left-hander who kept hitters off-balance by throwing a variety of pitches, Smith was only about average velocity-wise. Knowing this, Keltner didn’t play straight away against DiMaggio. Thinking the centerfielder would pull the ball against Smith, he stood on the edge of the outfield grass closer to the foul line than normal. Twice this positioning stymied DiMaggio, with Keltner making two beautiful backhanded plays.

In his first at-bat, DiMaggio ripped the ball past the third base bag, but Keltner backhanded it in foul territory and his throw to first nipped DiMaggio by a step. Keltner made a similar play against DiMaggio in the seventh inning.

Born in Milwaukee, Keltner played ball for the minor league Milwaukee Brewers, then made the Indians roster out of spring training as a 21-year old in 1938. That season he batted .276 with 26 homeruns and 113 RBI.

According to SABR, Keltner’s field percentage in 1939 was .974, the first of three times (including 1941 and 1942) he led the American League with third base fielding titles. The New Bill James Historical Baseball Abstract noted Keltner was the Major League Gold Glove third baseman of the 1940s. 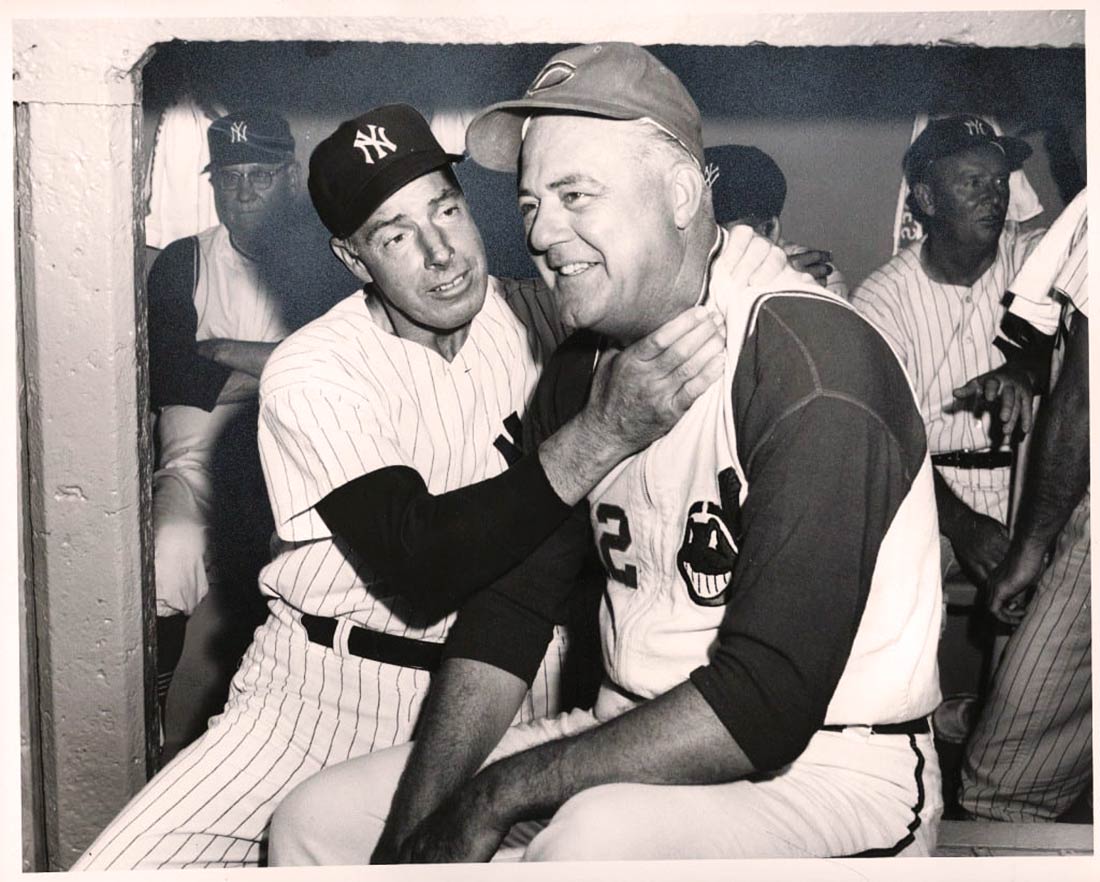 Decades later, Keltner recalled his unhappy feelings after the game, saying, “We lost the ball game, so I wasn’t feeling so hot. My wife met me outside the clubhouse, and we had a police escort to the parking lot. There were four of them. Joe had a lot of friends in Cleveland and they [the authorities] didn’t take any chances.”

While celebrating the 50th anniversary of the streak with DiMaggio in several public appearances, Keltner said, “I’m glad I’m remembered for something. I still get requests from all over the world. They all refer to the DiMaggio feat. Whenever I meet somebody, they always get a knowing look when they hear my name.” He added, “I didn’t feel like a villain. Somebody had to do it. I’m glad he hit them to me.”

He was nowhere near as effective the following year, tossing only 85.2 innings with a record of 5-4 with an ERA of 4.20.

The Giants sold him to the St. Louis Cardinals after the 1937 season, but the Cardinals placed him on waivers a few weeks later and he was claimed by the Phillies. Smith pitched two seasons for Philadelphia and did not pitch particularly well. The following year, however, with Cleveland, he was 15-7. He finished 1941 with a 12-13 record with an ERA of 3.83. His best season was 1943: his record was 17-7 and his ERA 2.43. His last season was in 1945.

The second time DiMaggio came to the plate in the fourth inning, Smith walked him on a 3-2 count when a curveball was called inside for ball four, drawing boos from the Cleveland faithful. Smith pitched 7.1 innings, leaving with one runner on base, giving way to Bagby, with New York ahead 2-1.

Jim Bagby, Jr. was born in Cleveland while his father, Jim Sr., was pitching for the Indians. When the junior Bagby was 18, his father arranged for a tryout with the Boston Red Sox, who signed him. In 1940, Boston traded him to Cleveland.

“Just fastballs,” Bagby said when asked what he threw by the New York Times’ John Holway in July 1991. “Joe hit one of them hard, but he just hit it at somebody (shortstop Lou Boudreau).” 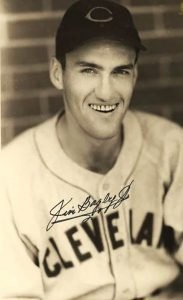 When he came to bat in the eighth inning the Yanks were up 4-1 and the bases were loaded with one out. DiMaggio hit into a 6-4-3 double play, Boudreau to Ray Mack to Oscar Grimes. The Yankees won the game, 4-3, but that is by and large overlooked and overshadowed.

DiMaggio’s efforts entranced the nation. Since then, he has become part of American folklore (that he married Marilyn Monroe has also helped keep his name in the country’s collective memory).

There was even a song about the streak, Joltin’ Joe DiMaggio recorded that year by Les Brown and his Band of Renown, sung by Betty Bonney. (25 years later, Paul Simon and Art Garfunkel further immortalized him in the song Mrs. Robinson. The lyrics in the final stanza are: “Where have gone Joe DiMaggio? Our nation turns its lonely eyes to you. What’s that you say Mrs. Robinson? Jolting’ Joe has left and gone away.”

The song was originally about Eleanor Roosevelt, said Simon, but was changed to Mrs. Robinson to accommodate the character in the film The Graduate. The original version tied together Roosevelt and DiMaggio, who were contemporaries.

John Rossi, a baseball scholar who has written four books on the sport, grew up idolizing DiMaggio. (He had two autographed pictures of him, but his grandfather inadvertently threw them out.) As for the streak, “There wasn’t much made about the previous streak hitting of George Sisler or Willie Keeler. Why then so much of DiMaggio? Because baseball was bigger in 1941? Because it was done in New York? Because DiMaggio was one of those dramatic figures who possess charisma? I don’t know for sure,” said Rossi.

He added, “The other interesting part of this is that DiMaggio was the first Italian-American to become a national figure and not a laughing stock character or a villain, like Al Capone. Try to think of any Italian figure in America before DiMaggio who was taken seriously. Only Caruso, and he was really more Italian than American. Plus, opera was an unique Italian expression at the time and distinctly not American.”

Since 1941, seemingly unbreakable records have been topped: Babe Ruth’s homerun total was broken by Henry Aaron and Lou Gehrig’s consecutive games played streak was passed by Cal Ripken, Jr. It appears the number 56 is enshrined in our consciousness as much as is 60 feet six inches. As the subtitle of Kennedy’s book proclaims:  Joe DiMaggio and the Last Magic Number in Sports.