The End of Pitchers Raking 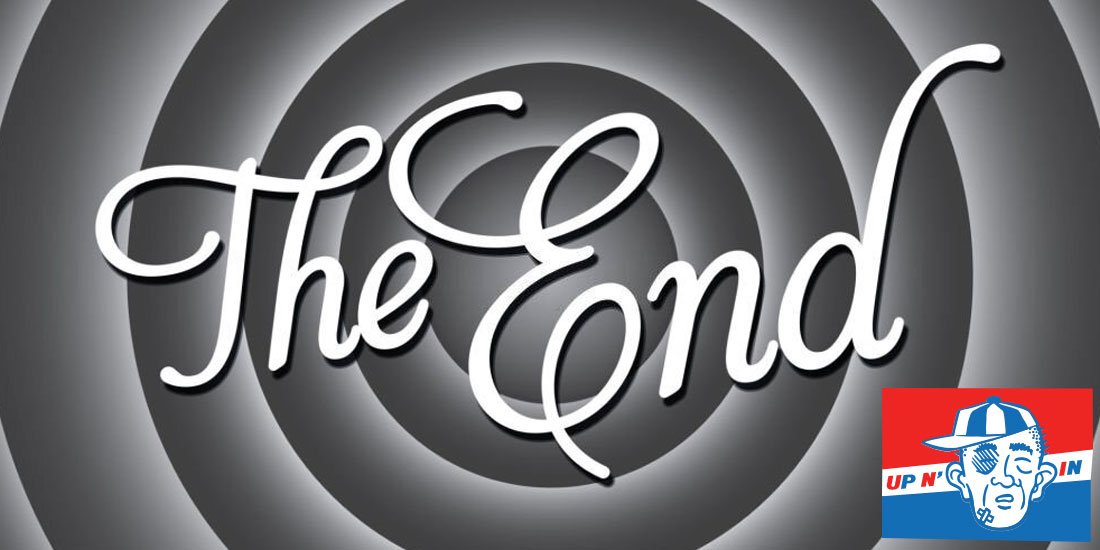 By 2022, baseball’s evolved so that the universal designated hitter (DH) is becoming part of the major leagues across the board; and the National League (NL) will be incorporating the DH (as it did during the Covid-19 shortened 2020 season) on a permanent basis.

It’s been announced that this will happen post-lockout with a new collective bargaining agreement in place – but we all pretty much knew it was coming soon; it was just a matter of exactly when. The DH has been one of the more controversial baseball topics over the years, but converting the NL to a DH league nevertheless allows more top sluggers to lengthen their careers by not having to play the field – and would create less difficulty for American League (AL) pitchers when their team plays in a NL ballpark.

Historically, the pitcher was in the lineup as a hitter in all the major leagues; but in 1973 the DH rule was adopted by the AL and the AL hasn’t looked back since. The NL, on the other hand, retained the practice of keeping the pitcher as part of the hitting lineup and though the exception was made in 2020, till now it otherwise hadn’t strayed from that aspect of its game.

Many pro-pitcher-hitting advocates claim this feature adds more strategy to the NL version of baseball, yet DH proponents tend to see mostly the down sides: the pitcher is more likely to get injured if he hits and has to run the bases; you need a bench with sufficient worthy hitters to pinch hit for your bullpen pitchers; most pitcher spots in a lineup are basically just predetermined outs; and when a DH is required in AL ballparks, over the years some NL teams just haven’t had a real slugger to put in that position. 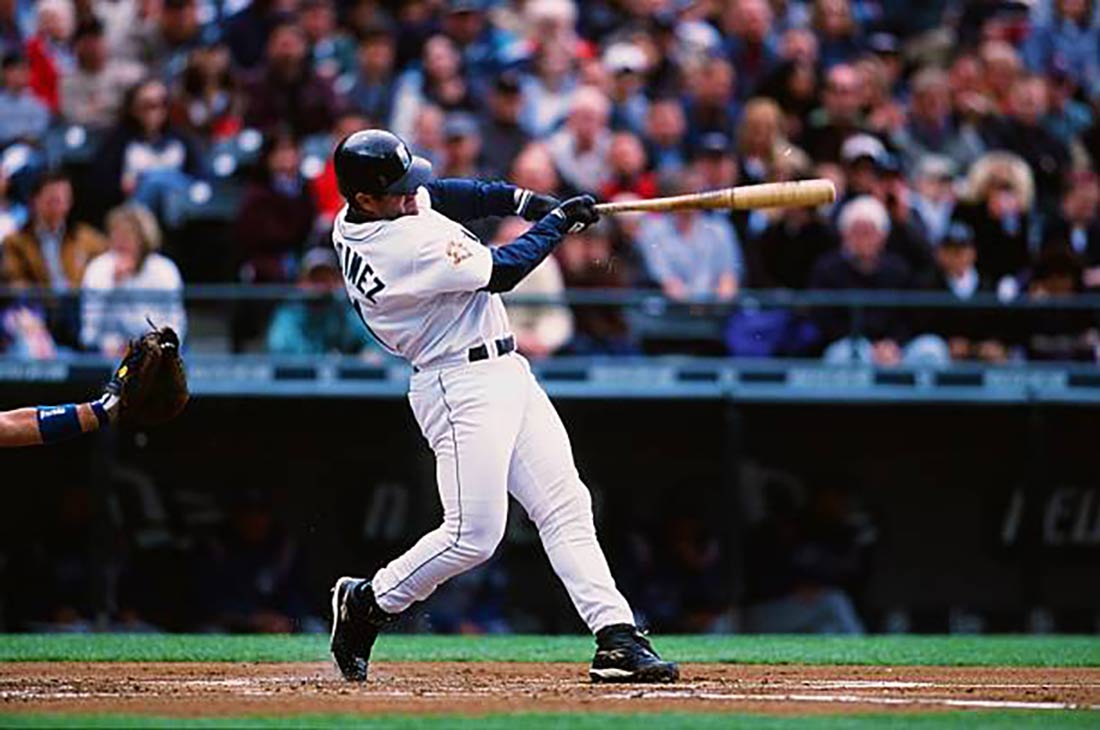 Traditionally, since the introduction of the DH, the conventional wisdom’s been that NL teams are built around pitching and defense, while AL teams are built around slugging. But in this decade of power pitching and power hitting, it’s become pretty clear that both leagues are built around hitting as much as pitching and defense. In other words, those differences in focus no longer exist – and you’d be hard pressed to find a NL team that doesn’t have at least one or two recognized sluggers in their lineup. You’d be equally hard pressed to find an AL team that doesn’t have at least one pitcher they consider their serious ace and at least a couple of bullpen arms that are absolute go-to’s in pivotal game situations.

Let’s face it, when a top pitcher is pitching in either league, you’re likely to have a hard time hitting your way out of any deficit they create. Equally the case, when a recognized slugger’s coming to the plate in either league, pitching and defense are the only ways to maneuver an out when that slugger tries making contact. The upshot? There’s really not much difference by now between roster construction in the NL and the AL, and having the same hitting and pitching rules for both makes more sense now than at any time in the past. 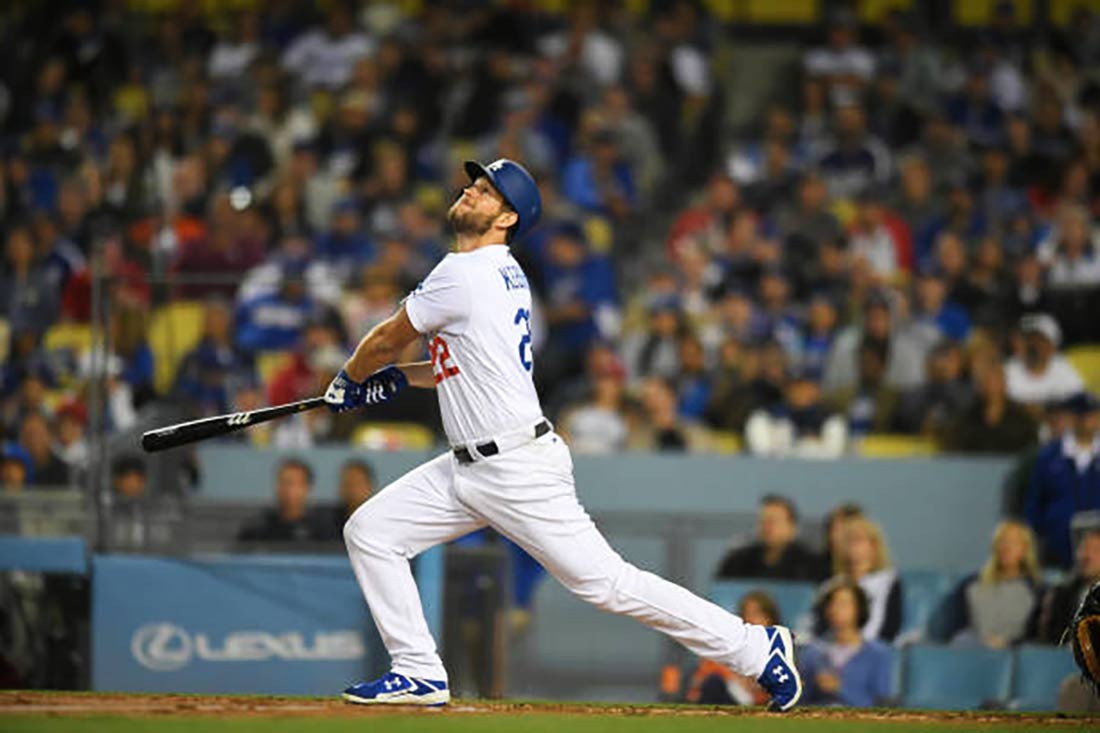 Clayton Kershaw #22 of the Los Angeles Dodgers hits a foul ball in the third inning against the Washington Nationals at Dodger Stadium on April 20, 2018 in Los Angeles, California. The Nationals defeated the Dodgers 5-2. (Photo by John McCoy/Getty Images)

Gone are the days when the NL team playing in an AL ballpark had to use their best hitter as a DH even if that hitter wasn’t necessarily very good.

One standard argument for retaining the pitcher hitting in the lineup is not only that it’s part of the pre-1973 tradition of the game, but it involves more in-game strategy. And, of course, critical to this in-game strategy concept is the “Double Switch.” The double switch only arises in situations in which there’s no DH, unless a non-pitching player gets hurt or has to leave the game for some other reason. But barring injury, you’ve really only seen the double switch in NL games — because there was no DH.

To execute the double switch the manager needs to substitute a position player for a relief pitcher and substitute the current pitcher with a position player. Then the manager has to swap those two positions on the field. Why do this? To move the relief pitcher to a more favorable position in the batting order. Because in the NL, till now, the pitcher needed to hit — even if he wasn’t the starter and was only in the game in relief.

One side effect of the need for multiple pinch hitters and the potential need to double switch is that you (hypothetically) need a longer bench in such non-DH game situations; and yet both leagues have the same number of players on their active rosters. Hence the concept of “the NL needing more in-game strategy.” When would you actually double switch? How long would you keep the current pitcher in the game so as not to switch out a starter for a bench player plus use a pinch hitter in the pitcher’s spot? When is it worth burning a player who won’t stay in the game just to prevent the pitcher from hitting in his current spot in the lineup – or in any spot at all? AL managers and coaches haven’t had to deal with these issues since 1973 unless they were playing in a NL ballpark. For NL managers and coaches, however, the pitcher hitting and the double switch could involve strategizing though the entire lineup multiple times every single game. 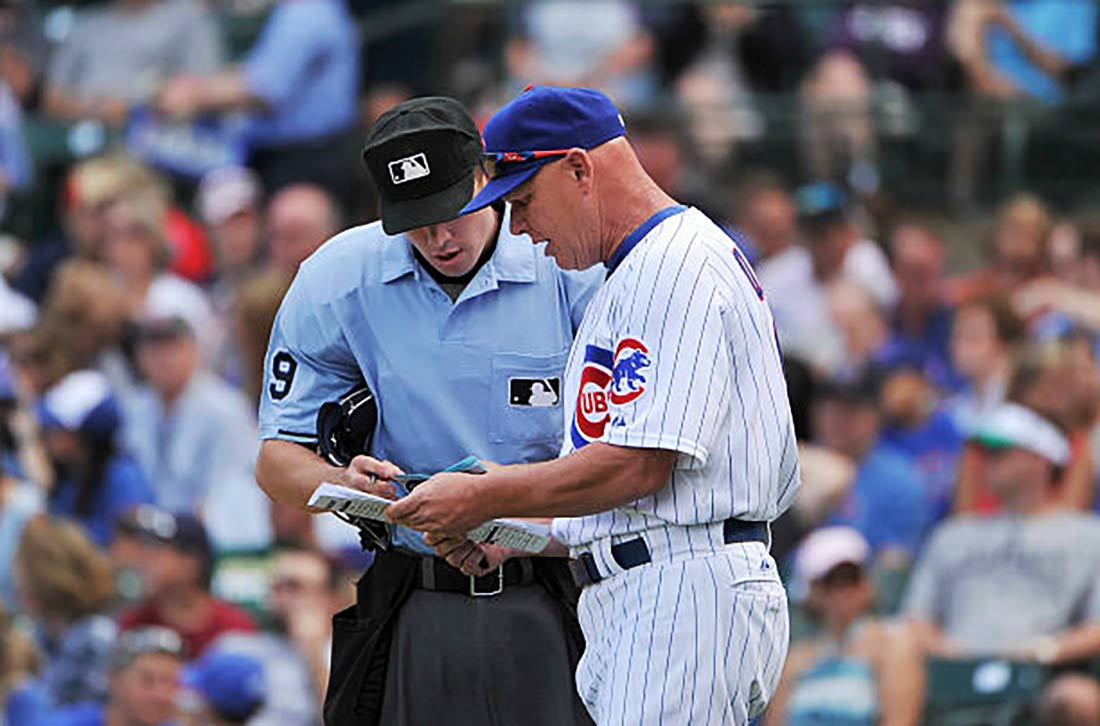 Manager Mike Quade #8 (R) of the Chicago Cubs makes a double switch with home plate umpire Cory Blaser during the seventh inning against the Pittsburgh Pirates at Wrigley Field on September 4, 2011 in Chicago, Illinois. The Cubs won 6-3. (Photo by Brian Kersey/Getty Images)

The flip side of the coin involves having a hitter who’s designated in every game to be the one who’s expected to hit for power (and to some degree, for average) because he’s not playing the field nor pitching. Some AL teams rotate their DH’s; they have enough slugger-type hitters to be able to give certain position players a day off the field to be the DH. This allows for more flexibility already to AL teams – flexibility that NL teams till now only had when playing in an AL ballpark. If a NL player needed a day off the field, he became part of the bench. And on the face of it, this seemed to advantage the AL over the NL, because its players could get partial days off – which was a luxury not afforded NL players. 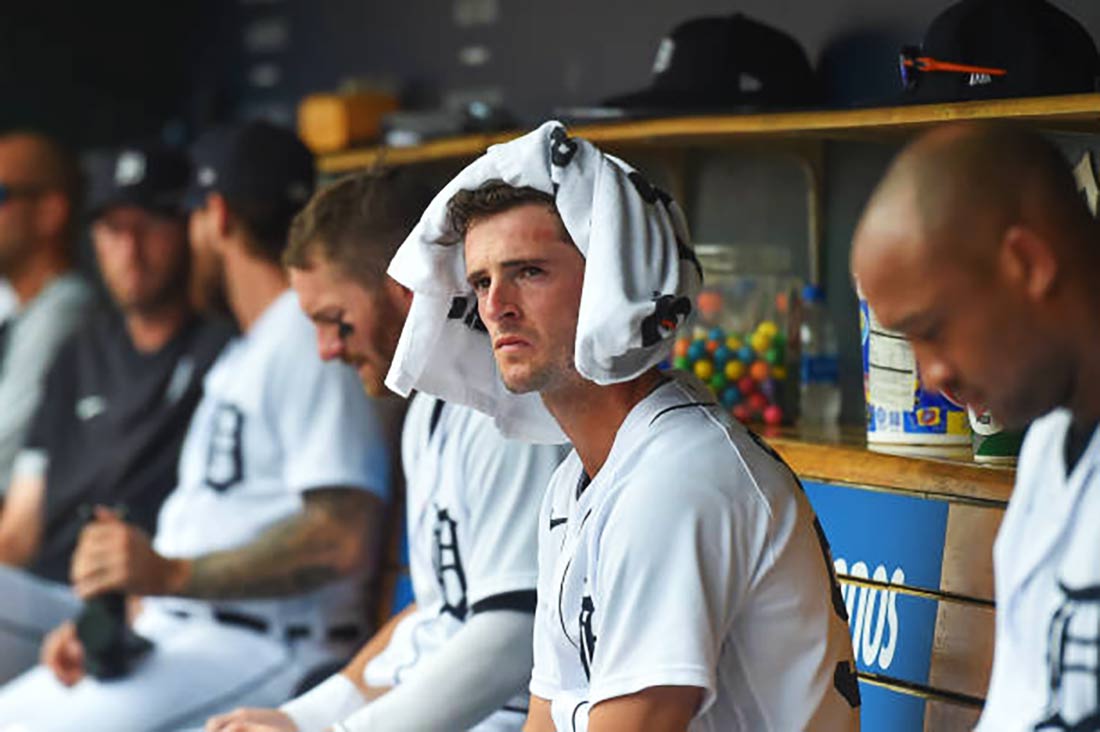 Detroit Tigers shortstop Zack Short (59) sits on the bench and tries to cool off during the Detroit Tigers versus the Minnesota Twins game on Sunday July 18, 2021 at Comerica Park in Detroit, MI. (Photo by Steven King/Icon Sportswire via Getty Images)

And yet, even with all that said, in this day and age NL teams don’t actually seem to be constructed significantly differently from AL teams. Gone are the days when the NL team playing in an AL ballpark had to use their best hitter as a DH even if that hitter wasn’t necessarily very good. That’s because nowadays, their best hitter most likely is very good. Ironically, the DH is supposed to provide advantage to team offense because the pitcher in the lineup is usually a pretty automatic out. But back in the day when NL teams didn’t carry as much offense as they do now, having to use an average hitting fielder as a DH didn’t necessarily advantage the NL team much more than just having the pitcher hit. Nowadays, however, because even NL teams are constructed with multiple significant hitters, offense has taken a front row seat right alongside pitching and hitting on a daily basis.

Baseball played in other countries for the most part uses the DH. The only other league still playing by NL rules is the Central League of Japan, in which the pitcher still hits. The dominos falling by country, one after another adopting the DH, means that international pitchers who come to the US or Canada to play Major League Baseball have not been trained to hit in their home countries either; so even that idea hasn’t turned into a boon for the NL. All the more reason to re-think the notion of the pitcher hitting – and that the time of the universal DH has finally arrived. 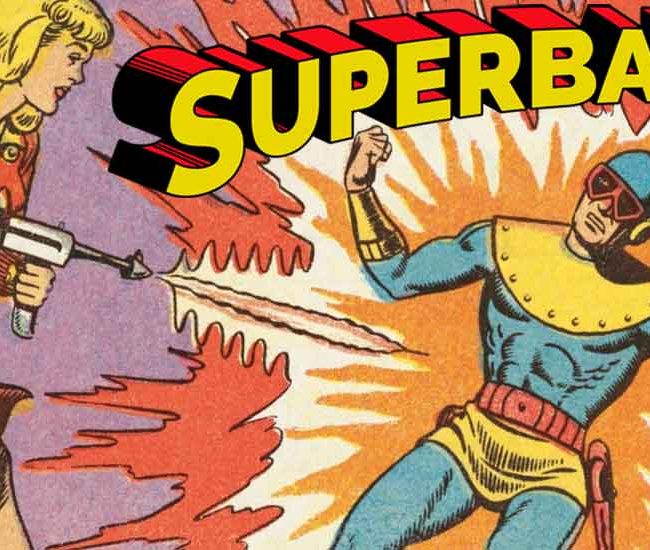