Eyes to the Past

The 38-year-old artist, who lives between Albany, New York and Cooperstown, grew up listening to the likes of Frank Sinatra, Louis Armstrong, Billie Holiday and The Beatles, understanding that the past is something that needs to be appreciated alongside the present. So much so that he often wonders what it would have been like to live a century ago.

“My first music experience was listening to stuff like Sinatra on 1930s-1940s radio shows. They would perform their shows and give updates on the war. It was fascinating and my interest just stuck. I’d listen to Louis Armstrong and Billie Holliday and when I was eight years old, I was watching black and white movies. I still am. There is just something that attracts me to liking history my whole life. It’s the nostalgia of all that. I find it interesting.” 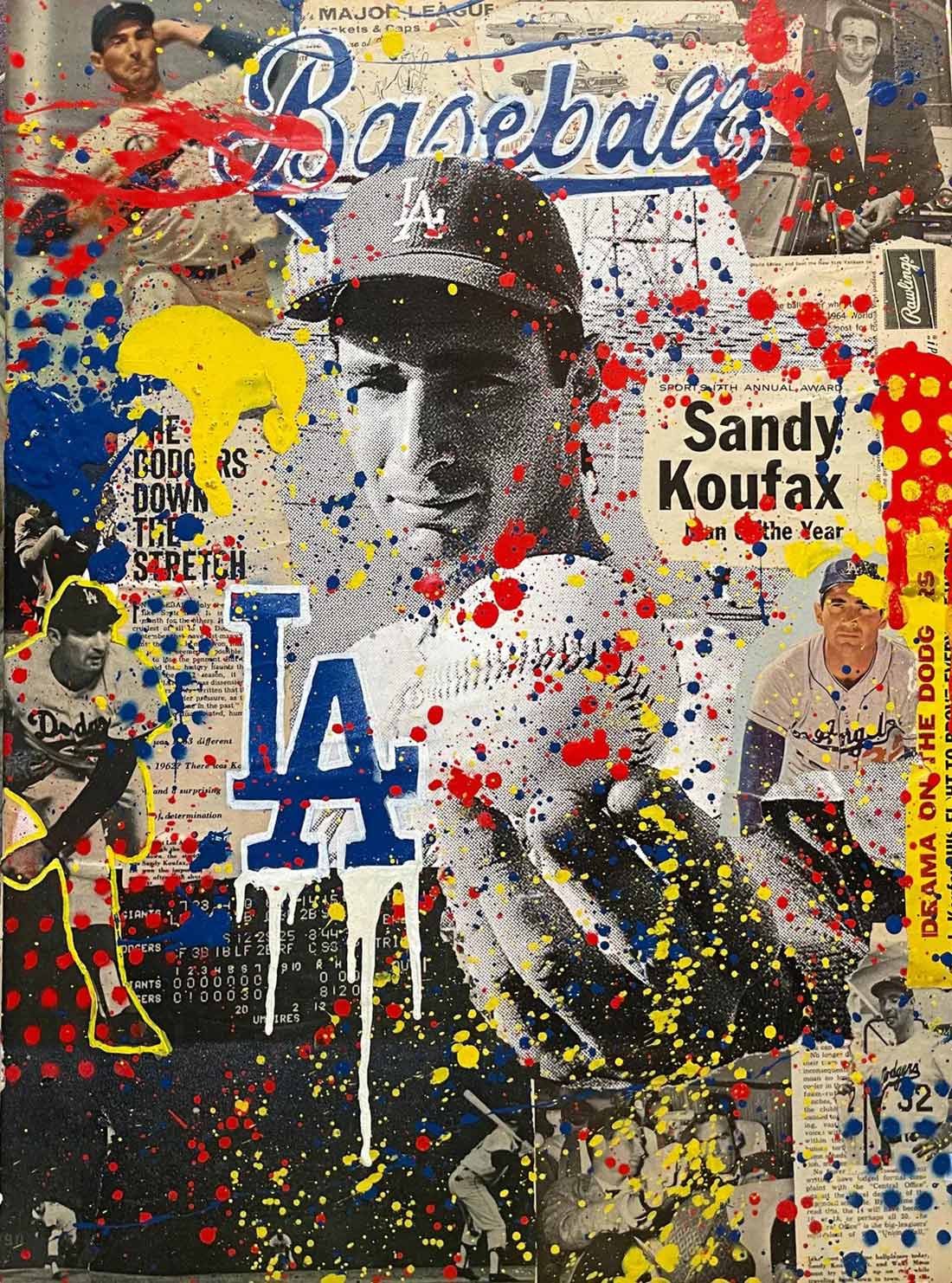 Davis’ love of history and nostalgia is clearly evident in his artwork, a mixed media blend that includes old magazine and newspaper clippings and photos highlighted by a modern-day, graffiti-like flair. He began creating these incredible pieces of art in August and through the end of January his portfolio had reached 61 depictions of baseball players and pop culture icons such as Elvis Presley, Audrey Hepburn and The Notorious B.I.G

He has created works depicting the likes of legendary players, including Joe DiMaggio, Hank Aaron, Willie Mays, Roberto Clemente and Stan Musial. Davis’ first baseball piece was Jackie Robinson. His art gallery prints are giclee [pigment-based ink] printed on Hahnemuhle fine art 308gsm paper and each print is dated, hand numbered and signed. All of his pieces are 2D though he did consider experimenting with cutting a baseball at one point and using part of the leather. Davis, however, admits that “it didn’t look good”.

“The thing I love about baseball is the stories,” said Davis, who played baseball through the end of high school. “There is a lot of weird stuff but it is just a pure sport. All those all stories about riding trains in old baseball [of the 20s, 30s and 40s] got me going. Then, I also love the players that served liked Ted Williams.”

“There is no baseball gallery in Cooperstown, which is insane to me. That’s crazy; you would think they have something.”

Davis’ favorite artist is Jean Michel Basquiat because his work has what he describes as, a raw, gritty style in which you can feel the emotion. He added that all of Basquiat’s works are masterpieces. However, Davis’ work is also inspired by artists such as Andy Warhol and Thierry Guetta, a Los Angeles-based Street artist who goes by the name Mr. Brainwash, which has made Davis’ work extremely popular among not only baseball fans but art enthusiasts as well in just a few short months. He thinks that Guetta is actually the famous British-based street artist known as Banksy, though his wife disputes that notion.

“I love Andy Warhol and have tried a lot of his techniques,” Davis said. “The first one I ever did was an Audrey Hepburn. I did a Charlie Chaplain and then I did baseball. I have all these old SPORT Magazines from the 1960s. I have all this old stuff, Beckett’s, Sports Illustrated, newspapers, Life Magazines, those are awesome; I love those for pop art stuff. Instead of them just collecting dust or getting rid of them, like my wife wants me to do, I started using mixed media.

“I even put a $150 ticket stub on one piece and it made sense. People tell me all the time how tangible my art looks, that it’s like looking at a piece inside an art piece. Wrinkles are okay and mistakes do happen. I sketch things out put but usually the pieces I create are on a whim. What I won’t do is put other people’s artwork on my stuff out of respect for the other artist. It’s the right thing to do.”

One of Davis’ standard-size prints is 18X24 and that starts at $600. An 11X14 print starts at $60 and a 12X12 wood panel is $200. He also produces 24X30 pieces which start at $1000. Additionally, he is producing baseball card art from his original artwork. Each work takes about 10-12 hours to [physically] create though from conception and planning to completion it is more of a 15-hour project.

Davis also says he likes to “reimagine” cards but won’t damage any real cards simply to produce a piece. He currently has seven commissions on which he is working in addition to putting together a collaboration with Hall-of-Fame infielder Rod Carew.

“Carew posted something on Twitter about how he likes westerns,” said Davis, whose other claim to fame is that he was an extra in the Yankee Stadium scene during the film Anger Management. “So, I said here is a Clint Eastwood I did. He followed me, then DMed me and said I love your artwork, I’m a big fan. He asked if I would do a collaboration for his website and obviously, I said yeah. I have been dealing with his son Devon and the family is terrific; one of the kindest baseball families there is.”

The landslide of commission work that Davis is now doing is keeping him busy but not so busy that he doesn’t have time to create other pieces. He says the players he has already done [without commission] are simply pieces that he wanted to do. Now, however, he is working on being a bit more specific.

“This year I want to start doing more art around significant events in baseball history,” Davis said. “Like something for Jackie Robinson Day. It would be cool to come out with new pieces for that; reaching out to their foundation and partnering with them because giving back to the subject matter is part of creating. I do want to start focusing on collections in history.” 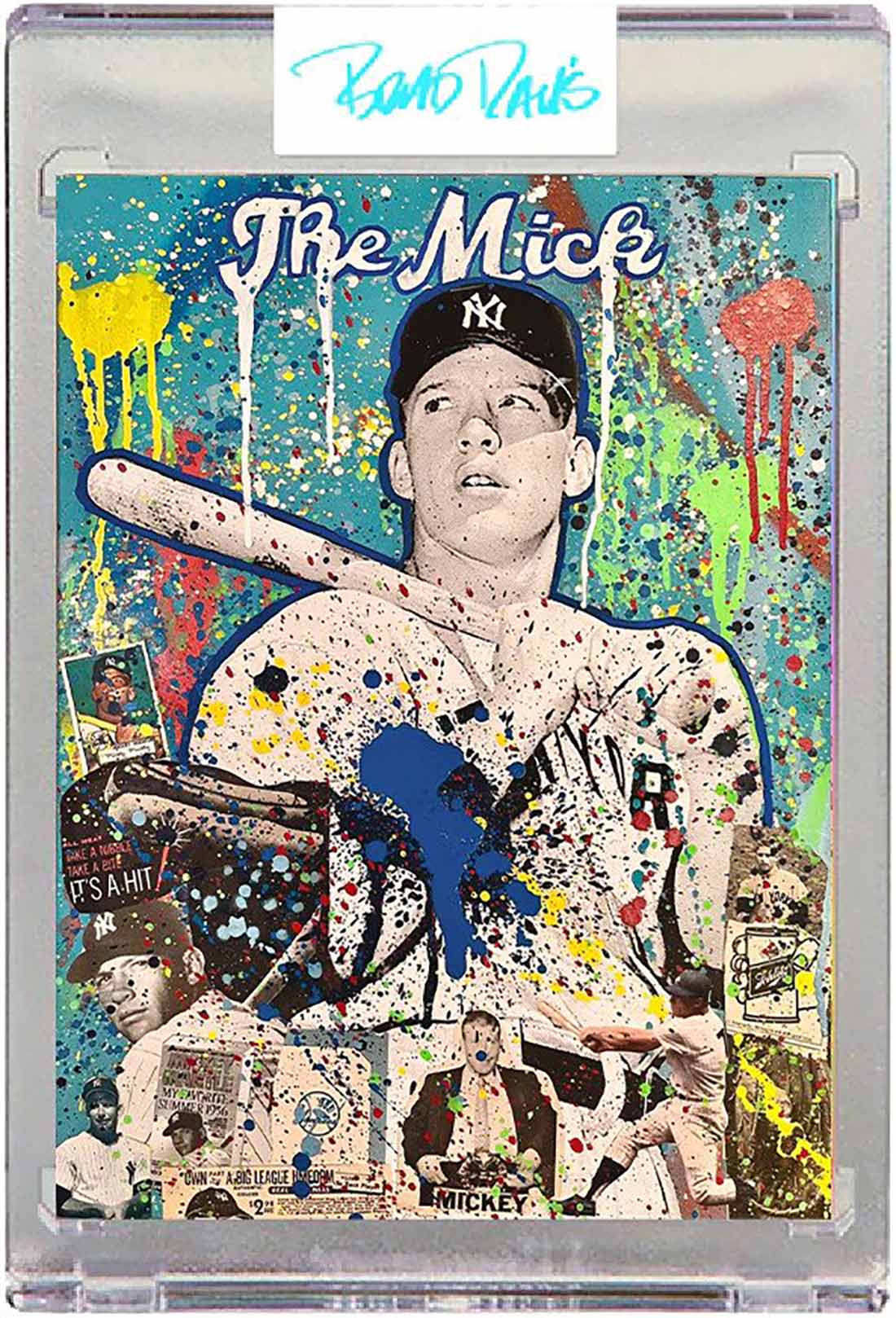 It’s all proven to be a wild ride for Davis, who has gone to school to study art in the past. He’s been creating art since he was young but it’s only in the last year or so that he has become a full-time artist. He had previously worked for AT&T Mobile for nearly a decade.

“My goal was to go to art school but I wouldn’t have been able to go back and maintain this business,” he said. “What really made me start this and think it could happen was that I put up a piece I did on Facebook [not baseball] and it sold. I thought someone wants to buy this so I will make more. I wanted to learn about art history, that’s why I went to school. I did that for a couple of years but my goal was to not have to go back to school past [last] fall and that’s what happened.

“I couldn’t have imagined this, not at all. But I’m not really doing it for the money. I like the idea of the legacy that I could be creating something that will live on. I really get taken back when people tell me they treasure my stuff and how proud they are to own something I made. The feedback is surreal but it keeps me doing it.”

Included in that feedback are inquiries about doing other sports such as football. Davis, however, has eschewed other sports because he simply doesn’t have a connection to them the way he does with baseball. He admits he’s probably the only guy that doesn’t like football but that may have something to do with the fact that Davis grew up with a dad who was a Jets fan more than anything about the sport itself.

He intends to be doing this for a long time, though, so it would probably be wise not to rule out anything.

“I don’t know where this is all going but I see it lasting for the rest of my life,” Davis said. “It’s a true passion and where I am happiest in life. I’m trying to build a business for my daughters [who are 14 and 3], who are very creative. It would be very cool to have them under the umbrella someday as a family gallery. And there is no baseball gallery in Cooperstown, which is insane to me. That’s crazy; you would think they have something.”

Perhaps in Davis, someday it will.

Brad’s art is avaliable for purchase at braddavisart.com and he can be found on Twitter at @reelbraddavis 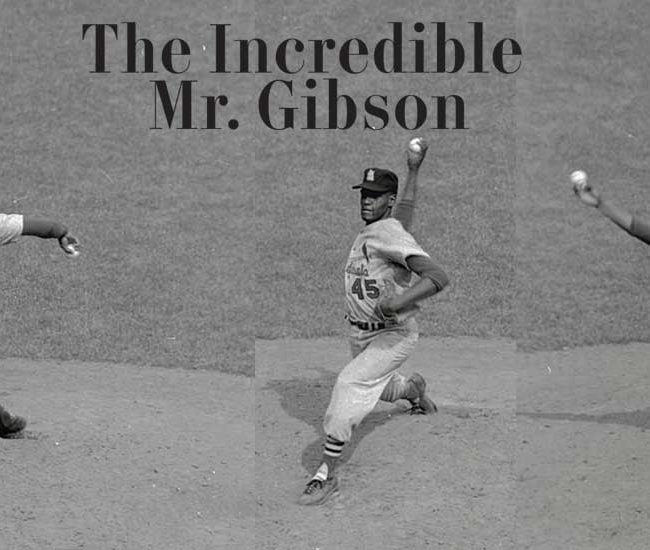 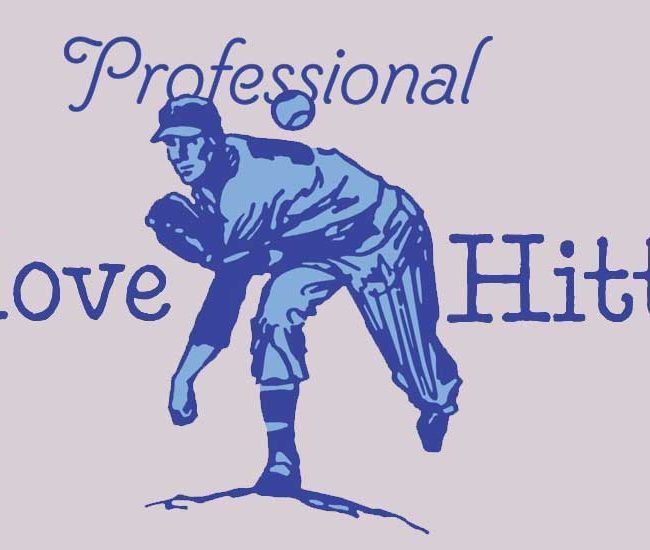