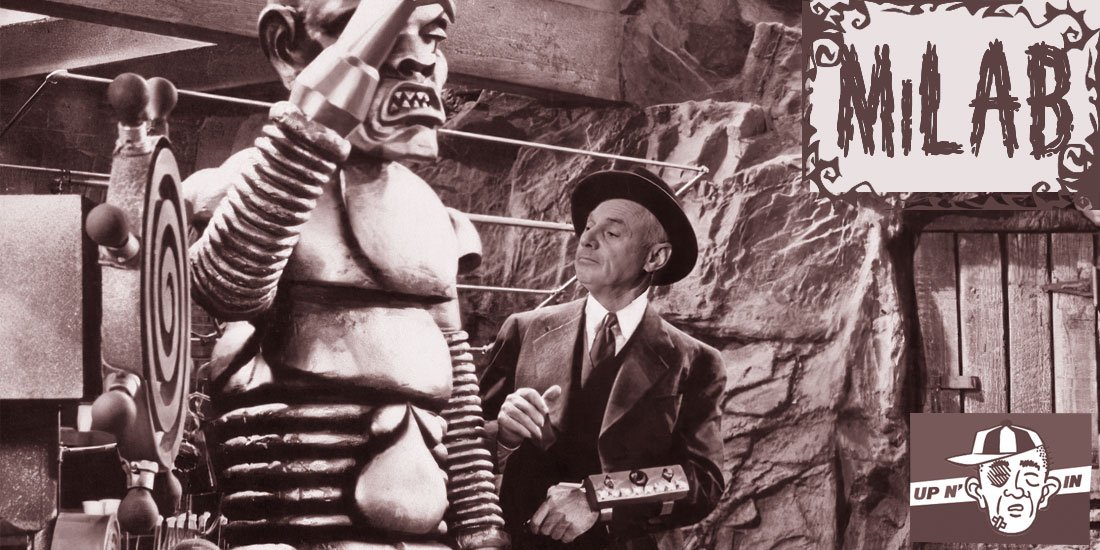 And even now, after MLB last year reorganized its affiliations with a large swath of those minor league teams, many minor league teams still represent the farm systems of the major leagues; with their main raison d’etre still being to create and develop a talent pool for the majors.

There are a lot of stories to tell about how minor leaguers have been treated by MLB, most of them pretty dismal. You’ve probably read your fair share. Stories about questionable living conditions and unhealthy diets top the list, given how little your average minor leaguer gets paid over the course of a year. Many have jobs during the offseason or parents who are partially supporting them. You don’t play minor league baseball for the money or the fame or the glory – you play it for the love of the game and based on hope: hope that eventually your major league team will decide to pay you major league dollars in order to play the game for them. 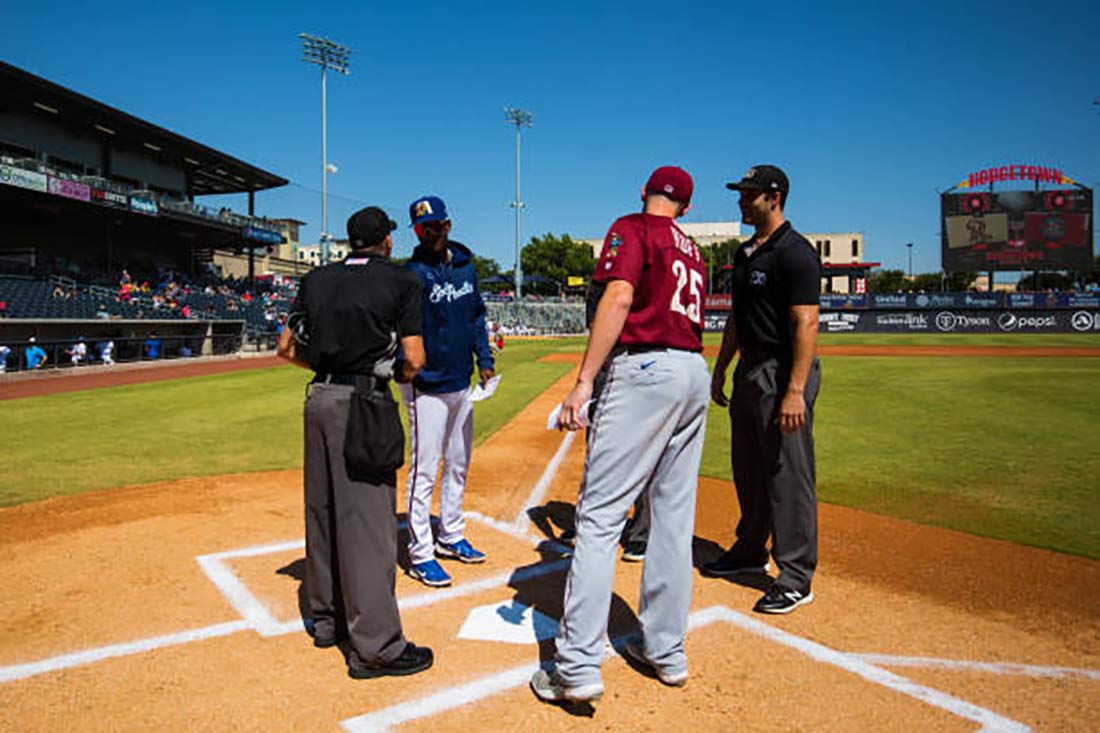 Infielder Geraldo Perdomo #2 of the Amarillo Sod Poodles and infielder Sam Huff #25 of the Frisco RoughRiders take part in a home plate meeting before the game at HODGETOWN Stadium on September 19, 2021 in Amarillo, Texas. (Photo by John E. Moore III/Getty Images)

In recent times, however, MLB has more and more been using its minor league teams as a laboratory for new technologies, new rules, and new spins on old rules. We’re even starting to see college baseball teams (such as Vanderbilt University’s “Vandy Boys”) testing out new technologies; but these won’t make their way into the majors unless they pass through either the independent leagues or the minor leagues, or both.

“At a Low-A game between Rancho Cucamonga and San Jose in August (2021), three high-ranking Major League Baseball officials sat in the stands and watched the league’s experimental playing rules unfold in real time. Senior VP of minor league operations Peter Woodfork and senior VPs of on-field operations Michael Hill and Raul Ibañez sat about a dozen rows behind home plate and watched as Rancho Cucamonga and San Jose completed a nine-inning game in 2 hours, 28 minutes. The night before, they saw Lake Elsinore and Inland Empire finish a game in 2:24. Both games were played with a 15-second pitch clock, which was implemented in Low-A West earlier in the season” (“Did Pitch Clocks, Robo Umps And Other 2021 MiLB Rules Changes Work?” Kyle Glaser, Baseball America, September 28, 2021). 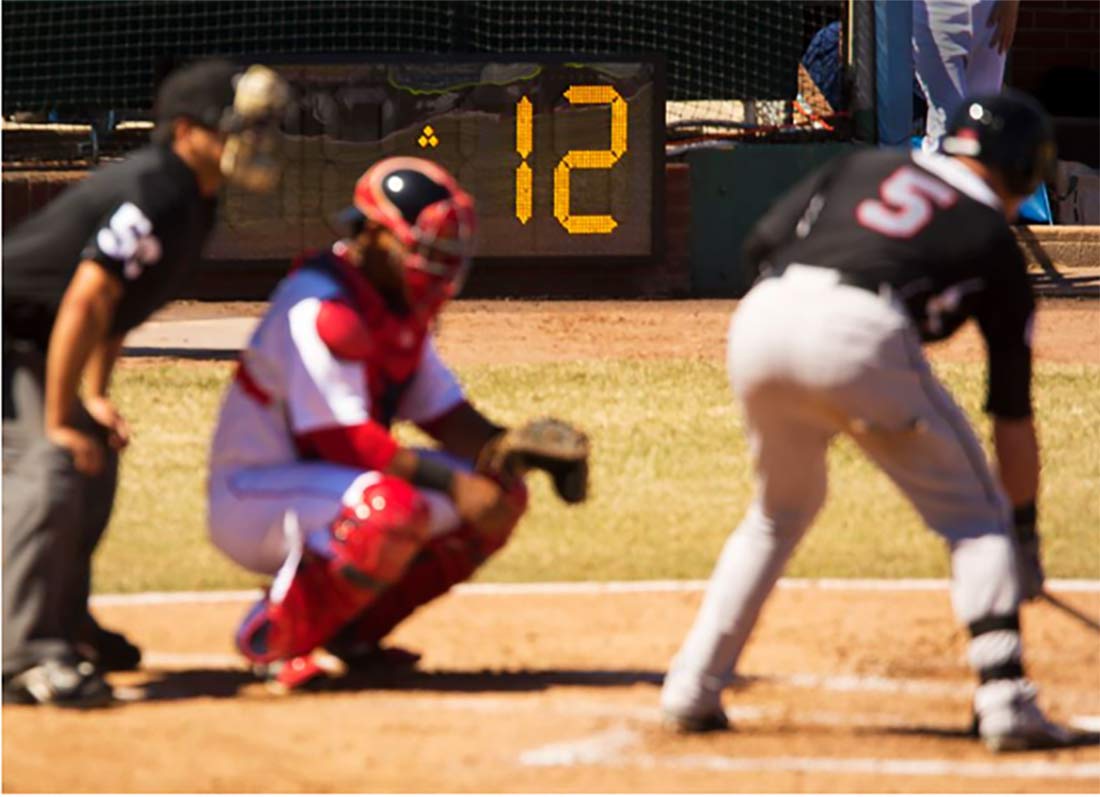 You can ask, at what point is this game no longer “baseball?” and that might be a legitimate question; but equally legitimate is the question of how did the baseball of the 20th century evolve into the game played in the majors today?

All three MLB officials couldn’t help but remark on the impact of the pitch clock on the pace of play. By the end of the 2021 season, MLB considered the pitch clock one of the most successful experiments it had tried in the minors last season.

MLB had other experiments going on in the minor leagues – and independent leagues – last season, however; not just the pitch clock.

The Atlantic League, the country’s highest-level independent league and the first “partner league” of Major League Baseball, used the automated ball-strike (ABS) system in 2021. The TrackMan technology that powered the system in the Atlantic League didn’t care about missed (pitcher) spots. It considered ball location alone. One could, of course, argue that whether the pitcher hit his intended target and how the catcher caught the ball should both be irrelevant; all that should matter is whether the pitch crossed the plate. Craig Stem, a former Dodgers and Marlins farmhand who’s pitched all over the world, has heard that argument, though he doesn’t necessarily buy into it: “I think those people would change their mind if they saw it in action,” he said. “It’s pretty ugly to see.” (“MLB Just Tried a Bunch of Experimental Rules in the Minors. How Well Did They Work?” Ben Lindbergh and Rob Arthur, The Ringer, October 21, 2021).

The video clip I saw of a pitch delivered by Stem of the Atlantic League Rockers to a hitter of the Atlantic League Barnstormers made Stem’s point pretty clear. Technically the pitch crossed the very inside corner of home plate; but its angle was such that if a human umpire alone had called it a strike, Barnstormer fans wouldn’t have been very happy at all. “Maybe that ball clipped the zone,” said Stem, “but I missed my spot by two feet.” This is one of the lessons of the current incarnation of “robot-umps”: fans may assume they’ll take all question about ball and strike calls out of the game since they’ll no longer be in the hands of human umpires; but truthfully, using the eye test even after the Trackman call is made, some of the same questions that have always existed in the game will just continue to do so. The technology needs work.

Now, given that MLB is talking about bringing the “robot-ump” technology to minor league Triple A ballparks for the 2022 season, this development is definitely worth watching. Upgrading the laboratory for the TrackMan technology from the independent leagues to the highest minor league level indicates that MLB has genuine intentionality to eventually incorporate it into MLB. Fans just have to hope it doesn’t turn into a “be careful what you wish for” situation – as according to 2021’s TrackMan technology, Craig Stem’s pitch #1 below is a strike. 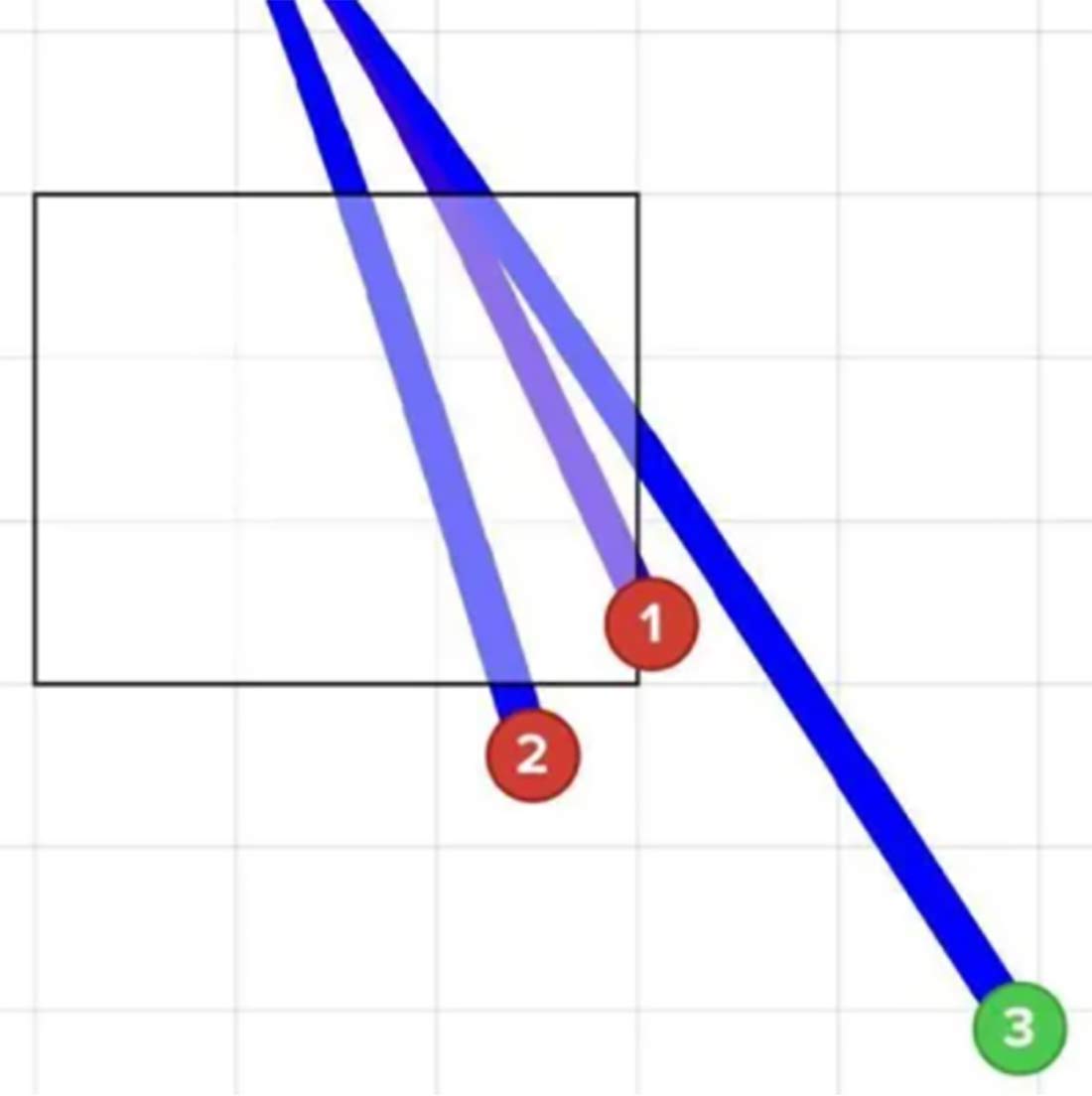 Image from The Ringer: “MLB Just Tried a Bunch of Experimental Rules in the Minors. How Well Did They Work?” Ben Lindbergh and Rob Arthur, October 21, 2021

“Human umps call that all the time, but typically only if that’s the spot the pitcher was going for and the catcher received it well,” Stem says. “The way it works with ABS (automated ball-strike system) is not the same.” The reaction from the fans was the same, though. “If an umpire called this pitch a strike, he would be booed out of the stadium,” Stem says. “People were even booing the TrackMan” (The Ringer, same article).

More experimental rule changes in the Atlantic League during the 2021 season included both the “double hook” rule change and moving back the pitching rubber by 12 inches to 61’6”. The “double hook” rule change entailed that once a team’s starting pitcher was replaced, the team lost its designated hitter for the remainder of the game. The team was then required to use a pinch hitter, or the relief pitcher had to bat. The goal was to incentivize teams to leave their starting pitchers in longer – resembling the way starting pitchers had been used up until about the last decade or so. Moving back the pitching rubber was intended to give batters more time to react to pitches, allowing for more contact and hence more potential balls in play.

In addition, there were several Low-A experimental rule changes in 2021. These included the following: A) Pitchers being limited to a total of two “step offs” or “pickoffs” per plate appearance while there was at least one runner on base. A pitcher could attempt a third step off or pickoff in the same plate appearance; however, if the runner safely returned to the occupied base, the result was a balk. B) The same automated ball-strike system (ABS) or Trackman system being tried out in the Atlantic League, and C) On-field timers (one in the outfield, two behind home plate between the dugouts) to enforce time limits between delivery of pitches, during inning breaks, and for pitching changes. The on-field timer used in Low A West included new regulations beyond the system currently used in Triple A and Double A to reduce game length and improve the pace of play.

If that sounds like a lot of experimental rule changes, that’s because it is. And yet, as per Kevin Reichard of Ballpark Digest, “the results of the 2021 rule changes tested across Minor League Baseball and the Atlantic League: they apparently had little impact on the game, except perhaps a shorter pitch clock” (“Per the numbers, 2021 MiLB rule changes didn’t really matter,” Ballpark Digest, September 21, 2021). 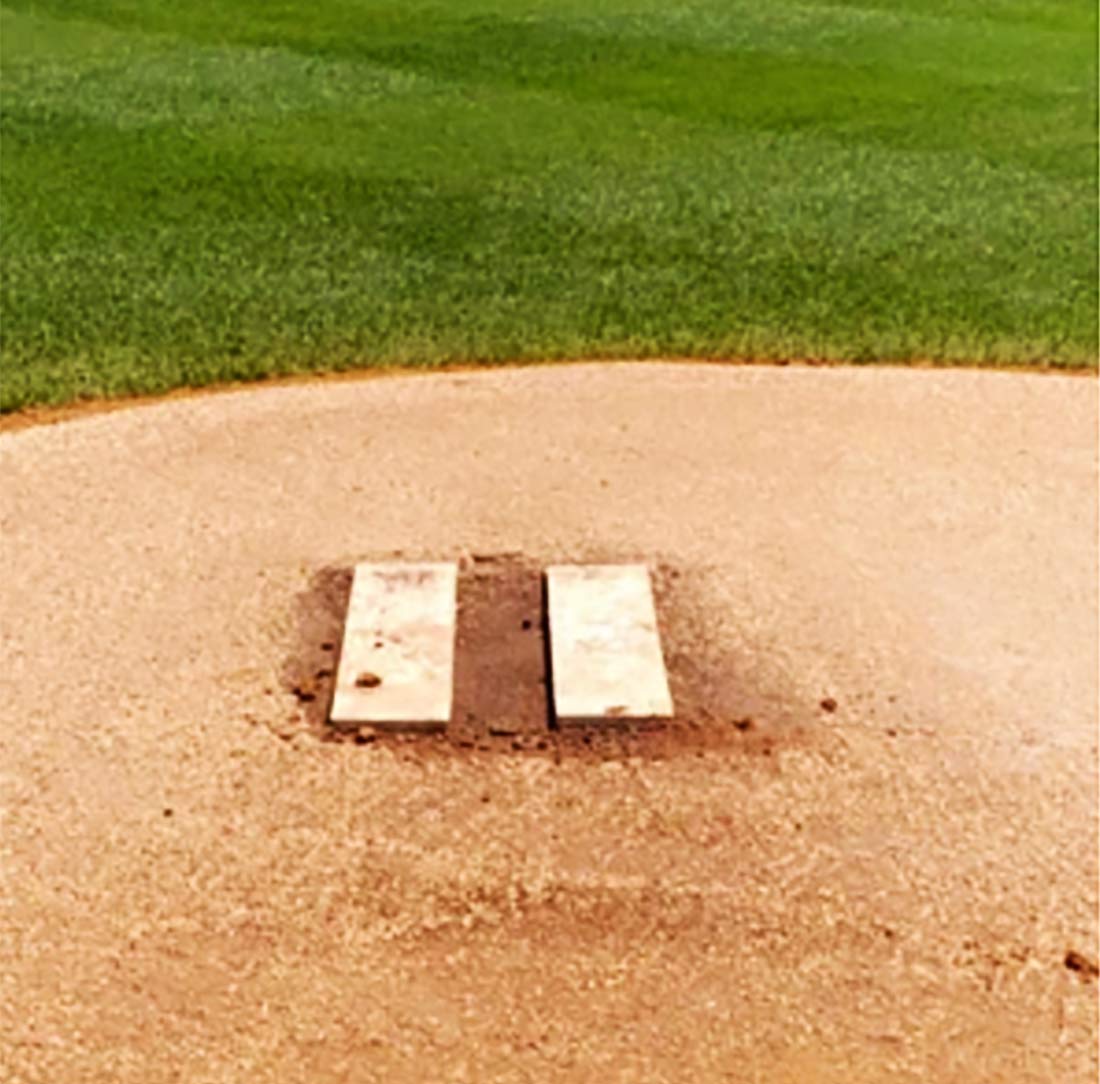 The only rule change that’s been definitively announced by MLB as taking effect in the majors for the 2022 season (post-lockout) is the universal DH. All these other potential rule changes are still in the experimental phase, being carried out in their respective minor league and independent league laboratories. Some may not carry over from 2021, some almost definitely will (the pitch clock and the ABS Trackman technology); and you can bet that some new changes will be dreamt up if not this season, then by next season. Since the shift is still a serious issue among major league players, my prediction is that there will be further experiments to try to modify it or ban it outright, just for example. You can ask, at what point is this game no longer “baseball?” and that might be a legitimate question; but equally legitimate is the question of how did the baseball of the 20th century evolve into the game played in the majors today? One way or another, MLB is trying to get to the bottom of this dilemma; and they won’t stop any time soon.