There was a time when the Yankees used to do everything right. That included playing championship baseball on the field and having world-class moments that celebrated the game’s history.

Old Timers Day is always a first-class operation as are any ceremonies the team had that dealt with number retirements, other honors or mourning Yankees greats when they pass. That idea has been on pause in recent years. As BallNine’s Kevin Kernan likes to point out, the Yankees have won as many World Series titles as the Marlins since the Glory Days of the Core Four two decades ago.

All great dynasties have to come to an end and perhaps there was no greater symbolism of the end of an era in recent times than when Mariano Rivera pitched his last game as a Yankee. Rivera wasn’t removed from many games mid-inning, but in 2013 Joe Girardi did just that so the legend could get a proper sendoff. In an incredibly fitting touch, it was Derek Jeter and Andy Pettitte who surprised Rivera and Yankee fans by going out to the mound to make the move and embrace their championship compadre.

If you are a baseball fan who didn’t get choked up at that moment, you may not have a soul. Well freaking done. Since that day in 2013, the Yankees have struggled to gain footing in a new baseball landscape. Sure, they have played winning baseball, but have whiffed their way out of the playoffs year after year. It’s a different era in The Bronx and one day, the good times will return. But for now, the gravity of Jeter and Pettitte removing Rivera not only signaled the end of the Hall of Fame closer’s time in pinstripes, it also marked the end of a certain attitude that used to fill the Yankee kingdom when the most important games were being played.

Rivera’s removal turns up on this week’s edition of The Stud 400, but first, here’s look at the previous five entries as we count down the 400 greatest moments in Major League Baseball history:

And now, here’s Episode Twelve of The Stud 400, featuring artwork by Will O’Toole. 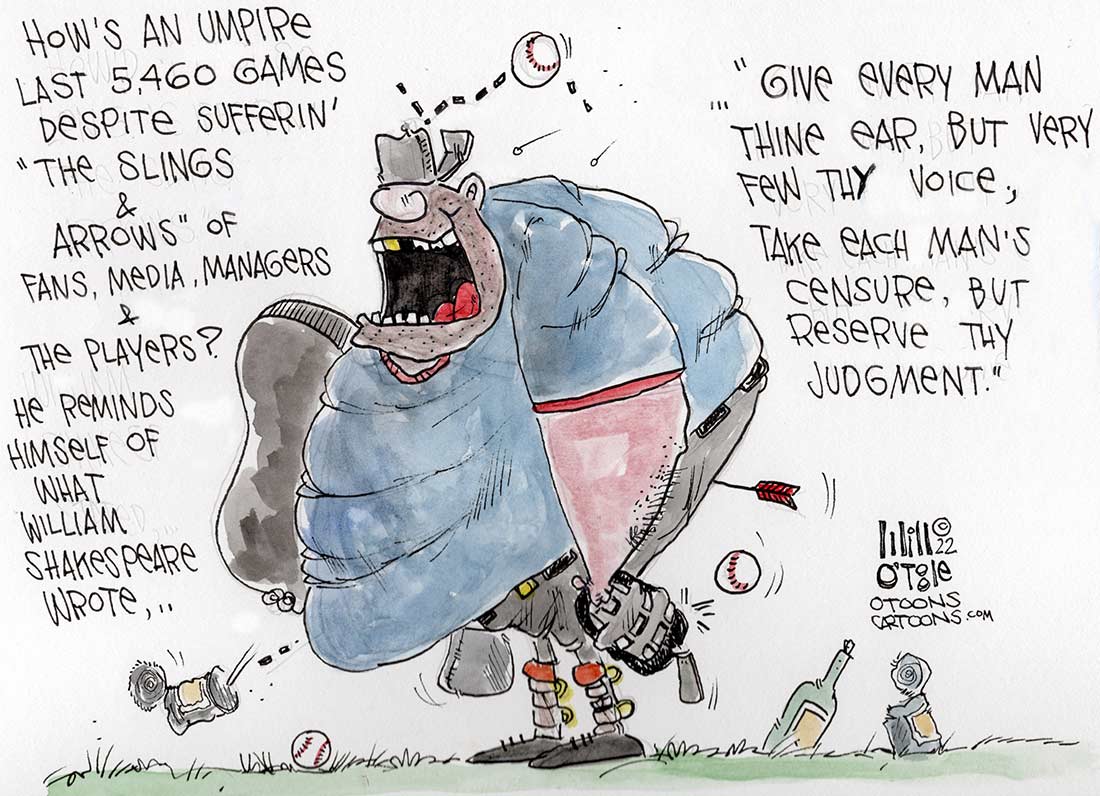 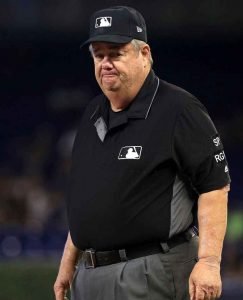 Say what you will about Joe West’s late-career performance and attitude, but his umpiring career remains one of the greatest of all time. Coming from an era where huge umpire personalities were part of the game, West’s style remained uncompromised as times changed. West debuted in 1976 and broke Hall of Famer Bill Klem’s record when he umpired his 5,376th game in May of 2021. West’s 43-year career is also a record. The first game he umpired, Willie McCovey hit his 500th career home run and his final game was the 2021 National League Wild Card game. West might have become a punching bag in the era of social media whiners, but he’ll get the last laugh one day upon his induction in Cooperstown. 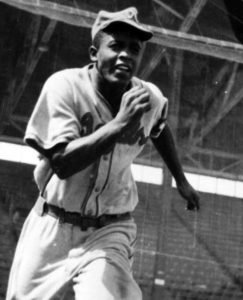 As public pressure built to integrate baseball after World War II, the Red Sox were notoriously slow and deceptive in their process. Owner Tom Yawkey was outspoken about not wanting to integrate his team, but as public pressure built, he relented and held a tryout for three Black players in 1945, with no intent on signing any of them. Those invited included Sam Jethroe, Marvin Williams and Jackie Robinson. This was two years before Robinson integrated baseball. All three players later admitted they knew the tryout was a charade and that the Sox had no intention of signing them. The Red Sox not only missed a chance to have a Hall of Fame player in Robinson, but they also still carry the stigma that they were the last team to integrate, 12 years after Robinson’s debut with the Dodgers. 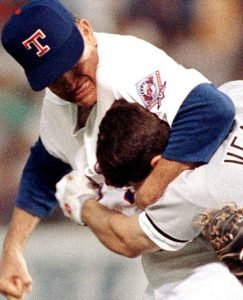 In 1993, Ryan was a 46-year old marvel, still blowing his fastball by batters and buckling their knees with an ungodly curve ball. Robin Ventura was an up-and-coming 25-year-old Gold Glove third baseman. Ryan drilled Ventura in the back and after taking a couple of steps towards first, made the mistake of charging the mound. We’ve all seen the highlights countless times; as Ventura charged Ryan, the Hall of Famer casually strolled to the front of the mound, removed his glove and effortlessly put Ventura in a headlock before landing multiple blows to Ventura’s head. The pair never went to the ground as a bench-clearing brawl ensued. Ventura and White Sox manager Gene Lamont were ejected while Ryan remained in the game. Incidentally, Ventura was the only batter Ryan hit with a pitch that season. 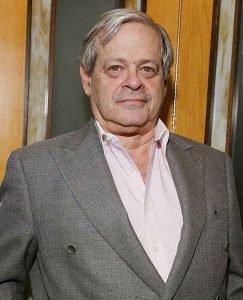 Tens of millions of people participate in fantasy sports in some capacity these days and the advent of fantasy leagues can be traced back to a single league formed by Okrent and his friends in 1980. In the 1960s, Okrent was a student at the University of Michigan and he came across some professors playing a rudimentary form of fantasy baseball. The idea stuck with Okrent and he revisited and reformed the idea in the 1970s. By 1980, Okrent and his friends gathered at La Rotisserie Francaise to set the rules and scoring system, thus the etymology of the term Rotisserie Baseball. Back then, totals were added manually by reading box scores and statistics in newspapers. With the advent of the internet, fantasy sports boomed into a billion dollar worldwide industry and although Okrent trademarked the phrase “Rotisserie Baseball,” he was never able to capitalize financially on the fantasy boom. 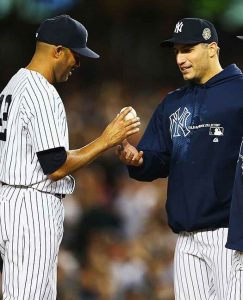 The Yankees always seem to handle these kind of things right. With the Yankees eliminated from the playoffs, a meaningless final home game provided one of the great moments as the “Core Four” Era came to an end. Playing in his final game at Yankee Stadium, Rivera came in to relieve Dellin Betances against the Rays in the eighth inning. As he had done so many times before, Rivera got out of a jam in the eighth and retired the first two batters in the ninth. At that point, after Joe Girardi received the go-ahead from home plate umpire Laz Diaz, Jeter and Pettitte walked out to the mound to make the final pitching change in Rivera’s career. Pettitte signaled for righty Matt Daley out of the pen and when he realized what was going on, Rivera let out his typical sheepish smile. Pettitte and Rivera embraced on the mound and after he turned the ball over to Pettitte, a teary Rivera left the field for the final time to the long ovation he deserved. 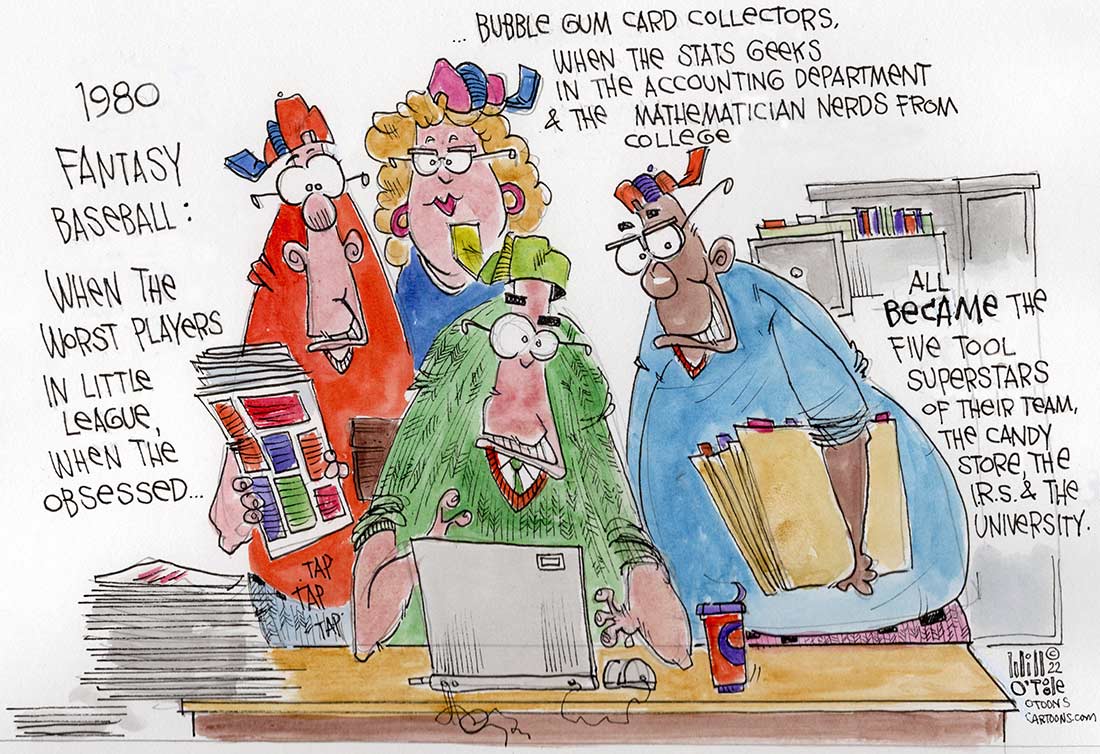 Stay tuned for next week’s episode of The Stud 400 when we examine one of the more unique trades in baseball history; one which didn’t even involve players changing uniforms. We also take a historic dive, go to the moon and ponder the question, “How old would you be if you didn’t know how old you are?”