Some years back there was a Chevy commercial introducing the slogan “Baseball, hot dogs, apple pie, and Chevrolet…” and it was catchy, and it stuck for a while.

For over a century the most iconic American sport has been baseball, though it undoubtedly went through some touchy periods during previous labor strikes, CBA negotiations and owner lockouts. In 1995 MLB owners decided to use “replacement players” for MLB players who’d been out on strike since the midst of the 1994 season. Some of these players ultimately even stayed in MLB for at least a while even though they’d had no prior MLB experience, such as Benny Agbayani, Cory Lidle, and Alex Ramirez.

Eventually the strike was over, however, and the “regular” players reappeared; but the entire 1994-1995 strike episode gave MLB (and its players) quite the black eye – most especially in several MLB cities, such as Montreal – and the sport took a significant hit because of it.

So, what has happened in terms of fans potentially losing interest during the 2022 lockout and CBA negotiation isn’t without precedent. 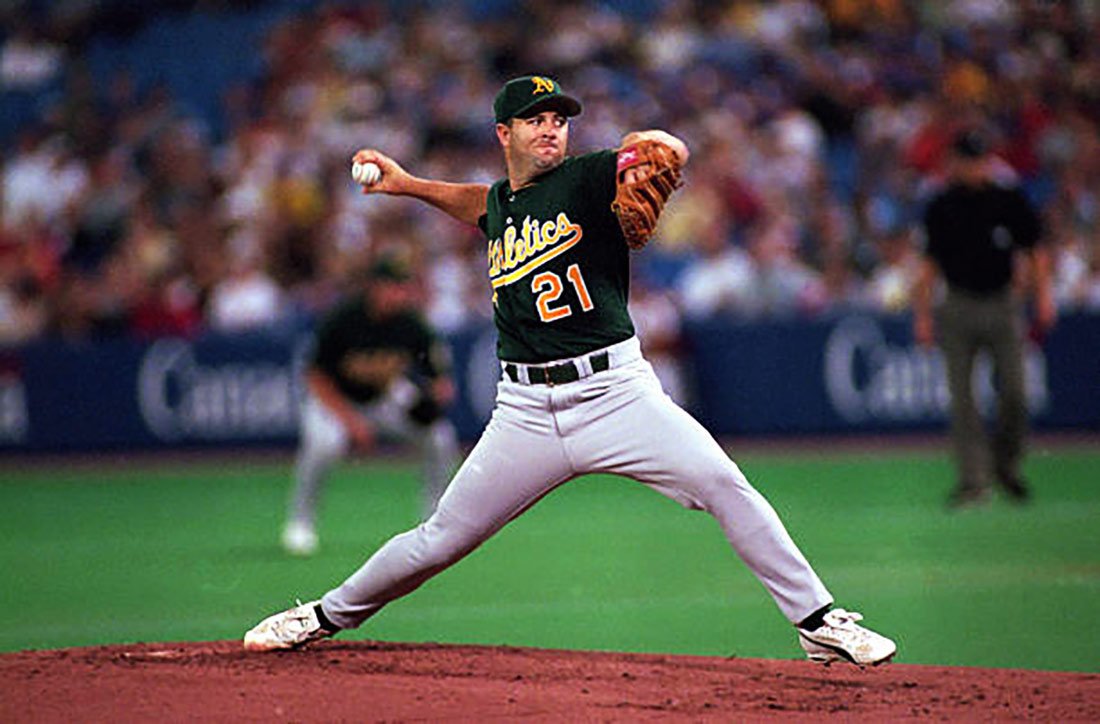 Pitcher and former replacement player Cory Lidle #21 of the Oakland Athletics throws a pitch against the Toronto Blue Jays during an MLB game at Skydome in Toronto, Canada. The Athletics defeated the Blue Jays 8-4. (Credit: Rick Stewart/Allsport)

The real question is, though, how much more of this kind of upheaval can the sport tolerate? By now, as is well documented, a once weekly NFL game can draw more viewing fans than a week’s worth of MLB games for some cities featuring both. We may slowly be seeing the evolution of once weekly American football into the most American of sports, with baseball taking back seat despite its daily playing schedule.

Over the past century, baseball has woven its way into almost every aspect of American culture. It’s permeated the film, music, and television industries. It’s been played by kids at all levels, from peewee league to pro ball. The number of female fans has grown over the years to an almost equivalent size to the male fan base. Although it’s lost some popularity in urban environments, there have been many movements and organizations working toward its resurgence in those neighborhoods. And although football reigns supreme among fantasy sports players, baseball’s become quite the draw in that arena, as well.

Baseball has found new platforms in social media just as have the other pro sports. Thousands of Twitter and Instagram and Facebook users follow sports accounts, and baseball-oriented accounts are extremely well represented among those. Some well-known media personalities have built their reputations on their baseball reporting, such as Ken Rosenthal currently of FOX Sports and The Athletic and Jeff Passan of ESPN. Others such as comedians/actors Larry David and Jerry Seinfeld revolved multiple episodes of one of the all-time hit television sit-coms, Seinfeld, around baseball. Ray Romano played a sports writer on his hit own sit-com Everybody Loves Raymond and baseball found life there, as well. 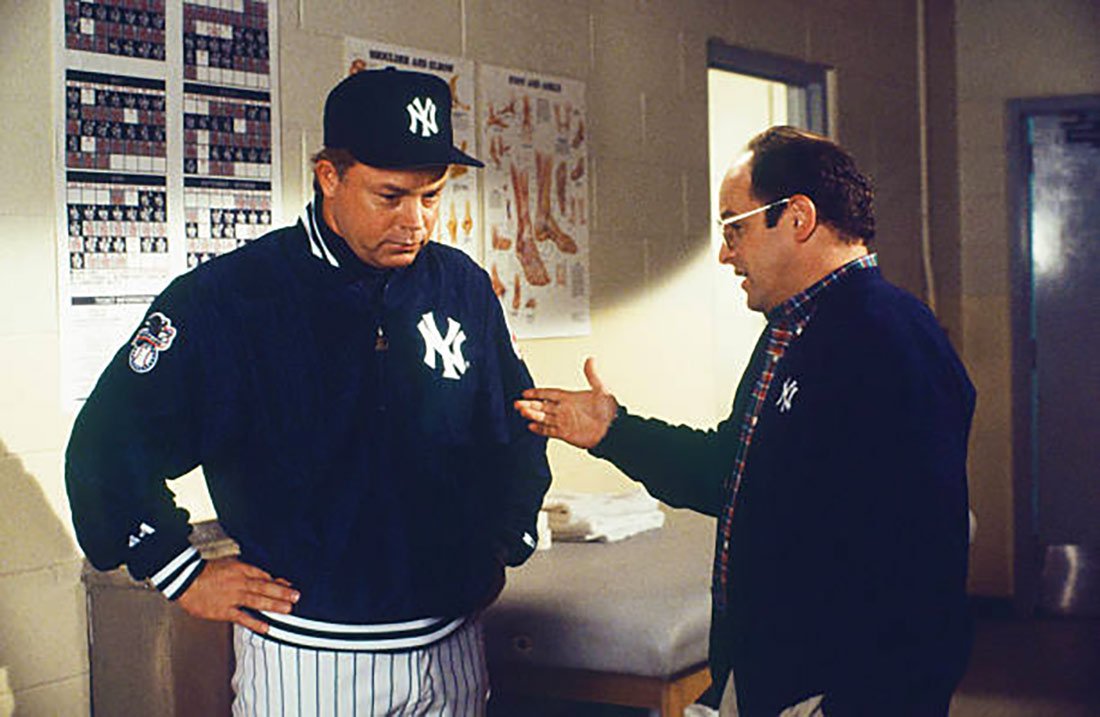 No matter how many memes have been created to represent the sound of the baseball death knell, it’s here to stay. The question is, how here is it and how many of its American fans will stay?

Major League Baseball not only has its own cable television channel and cable broadcast game package, but it’s broadcast weekly on ESPN’s Sunday Night Baseball and from time to time, on ESPN on other nights of the week as well. MLB also has a deal with both TNT and FOX Networks, and some regular season games as well as all the playoff games are broadcast on TNT and FOX. Lat week it was announced that MLB and AppleTV+ have inked a deal to broadcast several exclusive “Friday night doubleheaders” that will appear only on Apple’s web streaming service, and not on local MLB television affiliates.

And although blackout restrictions, whether through cable or web streaming, have always irritated fans, this is opening the door to a whole new manner of slamming the door shut on fans who do not subscribe to AppleTV+. 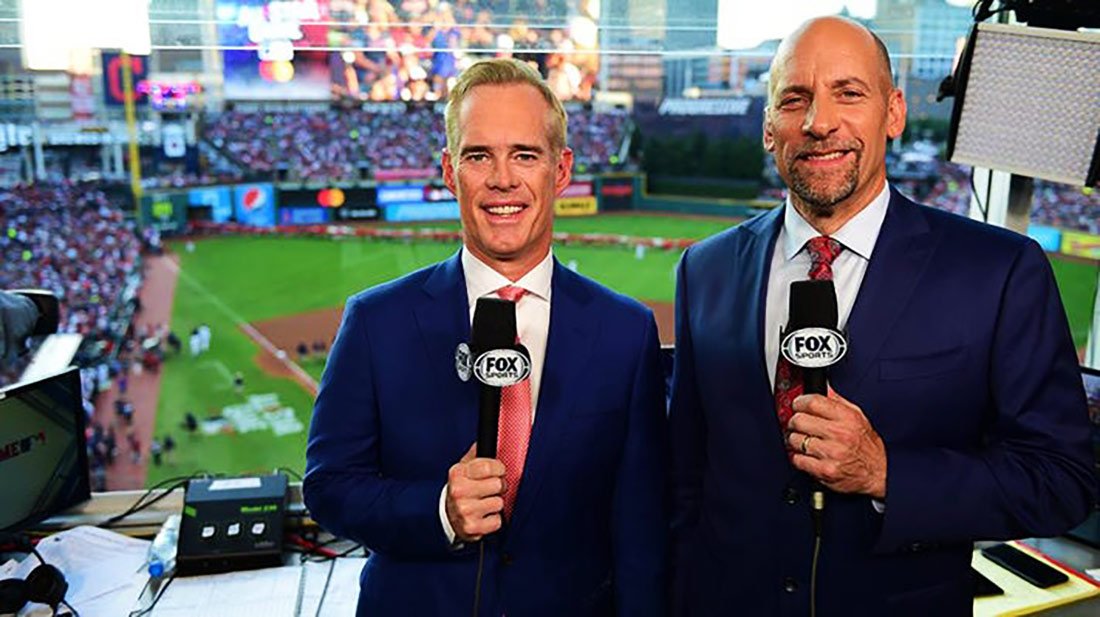 “Where have you gone, Joe DiMaggio? – Our nation turns its lonely eyes to you, woo woo woo…What’s that you say, Mrs. Robinson? Joltin’ Joe has left and gone away, hey hey hey…” The lyrics by Simon & Garfunkel from their hit song “Mrs. Robinson” not only conjure up scenes of a young Dustin Hoffman and Anne Bancroft in the movie The Graduate, they represent how embedded in the American culture baseball and its personalities were back in the 1960s. The plot of the film itself had nothing to do with baseball, and yet somehow Joe DiMaggio found his way into one of the most highly featured songs on its soundtrack.

In 1984, when Robert Redford was in his prime and playing Roy Hobbs – who had great “natural” baseball talent — in The Natural, baseball was still in its prime. At one point, Hobbs (Redford) goes through a hitting slump due to distraction (who doesn’t?). Hobbs’ slump continues until, during a game against the Cubs at Wrigley Field, a woman dressed in white stands up in the bleachers. Hobbs sees her, then hits a home run, shattering the clock on the scoreboard. The moment in the movie symbolized the American dream of always being able to make a comeback, and it was thrilling, indeed. At one point Hobbs says, “I coulda been better. I coulda broke every record in the book…And then when I walked down the street people would’ve looked and they would’ve said: there goes Roy Hobbs, the best there ever was in this game.” Baseball hasn’t been just a game – it’s been iconic, and it’s symbolized the American Dream since its early days.

Interestingly, how embedded baseball’s been as the paradigmatic American sport was still apparent even after the 1994-1995 strike, when the 2011 film Moneyball came out, featuring Brad Pitt starring as Billy Beane. Yes, the very same Billy Beane who introduced a novel manner of financing a baseball team and its farm system based on sabermetrics — to keep it competitive without investing as many million dollars as the more expensive and high-profile teams. “How can you not get romantic about baseball?” Beane (Pitt) asks in the movie. The line resonated with fans, and it’s stuck. You still see it used in social media conversations and in other contexts. The problem for baseball, however, right now, is that the romance is starting to fade. And just as wooing a former partner with flowers and candy to return to a broken relationship often doesn’t work, it seems there are more and more fans whom no amount of wooing and baseball romance will bring back to the ballpark.

It’s true that most newer MLB stadiums are smaller than they were in previous incarnations, so selling them out means selling about 10,000 fewer seats than in the past. It’s also the case that with new television deals comes new advertising, and so the revenue sources for the major league owners likely won’t significantly decrease even if 20-30 percent of current fans really do walk away from the game. Merchandising sales may take a temporary hit, but that’ll just require more marketing creativity and advertising aggressiveness than in the past. The melodramatic fan says that baseball is a dying sport. The realistic one understands that it’s not. It’s highly unlikely that the major league hockey, soccer, and basketball leagues will take over that significant a share of the fans’ attention. And the NFL, at least for now, doesn’t play from March through July.

Baseball’s rapid expansion to other countries (The Dominican Republic, Mexico, Panama, Venezuela, Japan, Korea, Australia, and Israel, to name a few) over the past 50 years is part of the reason it’s a sport that isn’t dying any time soon. Culturally, it’s become as important to some of these countries as it is to the United States and Canada, and many international players over the years have come to play in the American major leagues while some American players have left the major leagues to play internationally. Realistically, no matter what you read on social media, baseball isn’t going away as a sport. No matter how many memes have been created to represent the sound of the baseball death knell, it’s here to stay. The question is, how here is it and how many of its American fans will stay? With even the hint of a new season upon us, MLB has yet to find out.