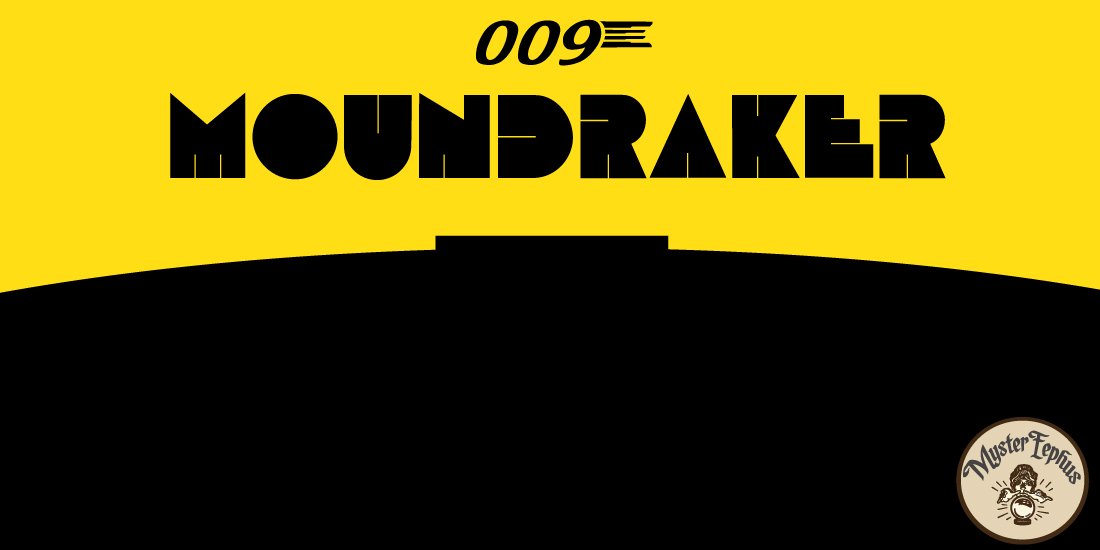 What is the more intense moment: a rally killed by a pitcher making an easy out, or a pitcher bucking the odds and getting a game-winning hit?

With the National League adopting the designated hitter, fans won’t have to debate those moments, or even witness them.

Here are highlights of how some pitchers – and I’m sure I’ve overlooked a few or more — were good hitters, and some who weren’t.

(Every fan knows Babe Ruth started out as a pitcher who could hit, and there’s been enough written about Shohei Ohtani, so we’ll save them for later.)

I believe the cardinal sin for a pitcher is to walk an opposing pitcher. The second sin is allowing a pitcher to hit a home run. With that criterion, there are plenty of second sins.

The first pitcher to officially hit a home run was Jack Manning, on August 3, 1876. The most home runs by a pitcher in a game is three, achieved by Boston Braves right-hander Jim Tobin at home against the Chicago Cubs on May 13, 1942. Tobin, who relied on a knuckleball, won the game 6-5, and had homered the day before when he slugged a pinch-hit home run against Chicago.

A trio of pitchers committed sin in 1955. Brooklyn Dodgers hurler Clem Labine came to the plate 31 times and had three hits. All three were home runs.

In 1973, Ken Brett of the Philadelphia Phillies hit a home run in four consecutive starts and would have had another in his fifth consecutive outing, but the umpires failed to call it.

On July 3,1966, Atlanta Braves pitcher Tony Cloniger hit two grand slams against the San Francisco Giants at Candlestick Park. Already up 3-0 in the first inning, the Braves had knocked out starter Joe Gibbon. He was replaced by Bob Priddy, who intentionally walked Dennis Menke, allowing Cloniger to bat with the bases loaded. On a 3-2 count, he launched a home run that cleared the 410 sign in center field.

In the fourth inning, with two on and two out, Menke walked again, and on an 0-1 count Cloniger hit his second slam, over the right field fence. In the fifth inning, Cloniger had an RBI single, giving him nine for the game, the record for a pitcher. What Cloniger took from the San Francisco staff, he gave back when pitcher Ray Sadecki homered off him to start the fifth. The Braves won the game 17-3.

Phillies hurler Rick Wise not only pitched a no-hitter against the Cincinnati Reds on June 23, 1971, he clubbed two home runs, driving in three of his team’s four tallies. When he was traded that off-season for Steve Carlton, the deal was unpopular with fans, as they considered Wise not only the team’s best pitcher but one of its best hitters. He batted .237 in 1971 while the Phillies as a team hit only .233. Wise’s six home runs that year were tied for fourth on the club.

After two seasons with St. Louis, he was dealt to Boston. “My first nine years were in the National League – seven with the Phillies and two with the Cardinals – and I had 15 home runs,” Wise said. “Then I went to the American League for six years and never picked up a bat again” until he was with the San Diego Padres for the final three years of his career, but by then he said his hand to eye coordination was shot.

How sinful was this: The New York Mets were up by a run in the 18th inning with two outs, and because the Atlanta Braves had run out of position players, reliever Rick Camp had to bat.

Shockingly, Camp, a lifetime .060 hitter, belted a solo home run on a 0–2 pitch off Tom Gorman to tie the game, which the Braves went on to win in the next inning.

According to SABR, 32 pitchers have hit walk off home runs. The last happened on April 25, 1986, when the Padres and Giants met in San Diego. Padres left-hander Craig Lefferts entered the game in the 10th inning. He gave up a go-ahead run in the top of the 11th, but was bailed out by Graig Nettles in the bottom of the inning when he homered off Goose Gossage. After an out, Lefferts came to bat and hit one out.

In game one of the 1967 World Series, Red Sox pitcher Jose Santiago homered off Bob Gibson (the Cardinals eventually won). It was the only home run Santiago ever hit, but he should feel good about it: many position players never homered off the right-hander. Gibson might have committed a cardinal sin by allowing an opposing pitcher to hit a home run in a World Series game, but I wouldn’t tell him he did something wrong, especially if I had to bat against him.

I would have been embarrassed if I were a member of the 1965 Dodgers. The only player who hit .300 was Don Drysdale, who hit seven home runs, comparable to the starting lineup even though he had far fewer at-bats. The Dodgers, who won the World Series, had a paltry team batting average of .215. Drysdale clubbed 29 home runs in his career, including a stretch in 1958 when he homered seven times in only 24 at bats. He was occasionally used as a pinch-hitter, including game two of the 1965 World Series, when he batted for Sandy Koufax in the seventh inning. Minnesota Twins starter Jim Kaat struck him out en route to a complete game, 5-1 victory.

Now, if I were a pitcher, I would have been embarrassed to be one of these hurlers:

In 1962, while pitching for the Milwaukee Braves and Chicago Cubs, Bob Buhl went 0-70.  A few years before, Buhl had 14 hits in a season.

Henry “Hank” Aguire, who played with Detroit and three other clubs, was one of baseball’s worst-hitting pitchers. A left-hander who batted right, he had an .085 lifetime average, going 33-for-388, with no home runs, striking out 236 times while drawing 14 walks.

How bad was he?

Mike Bruckner, a big fan of Detroit Tigers players Al Kaline ,Willie Horton, Bill Freehan, Denny McLain and Mickey Lolich, recalls he “definitely watched several games when the announcers laughed at Aguirre’s batting.”  (Bruckner was no casual fan. As Sports Information Director at the University of New Hampshire for 12 years, he watched plenty of college baseball, including tournament play for the American Collegiate Baseball League and the New England Collegiate Baseball League. He was also the official scorer for a semipro league in Connecticut.) 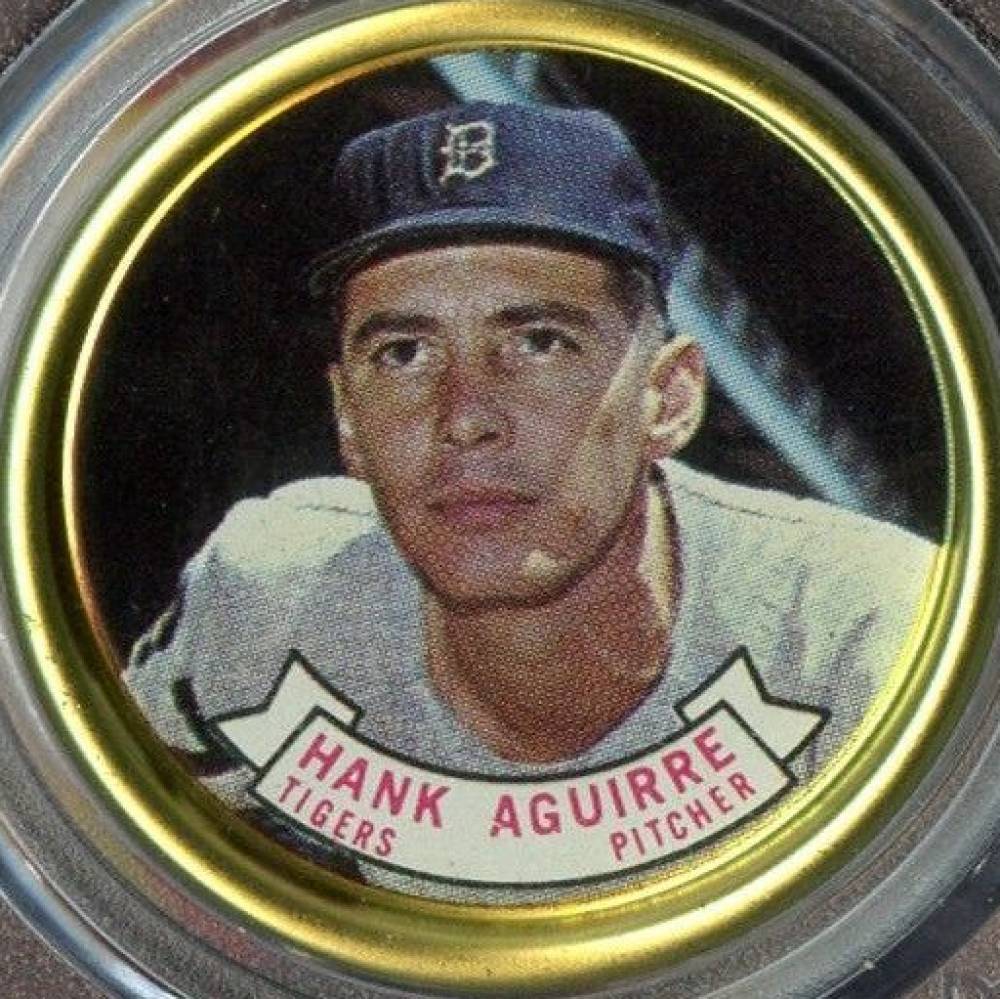 Among the best-hitting pitchers are Wes Farrell and Red Ruffing.

Lynwood Thomas “Schoolboy” Rowe was another excellent hitter, and the only pitcher to hit grand slams in each league: one with the Detroit Tigers in 1939 and the other in 1943 with the Phillies.

In high school, Bob Lemon was a shortstop and was named by one state athletic organization the Southern California player of the year in 1938. He signed with the Cleveland Indians and had cups of coffee with them in 1941 and 1942 playing outfield and third base. He entered the U.S. Navy for WWII.

While in the service, Lemon, who had a strong throwing arm, pitched in Navy baseball games. According to an Associated Press article, Birdie Tebbetts of the Detroit Tigers and Johnny Pesky of the Boston Red Sox faced Lemon in those games and suggested to Indians player-manager Lou Boudreau about converting Lemon to pitching. 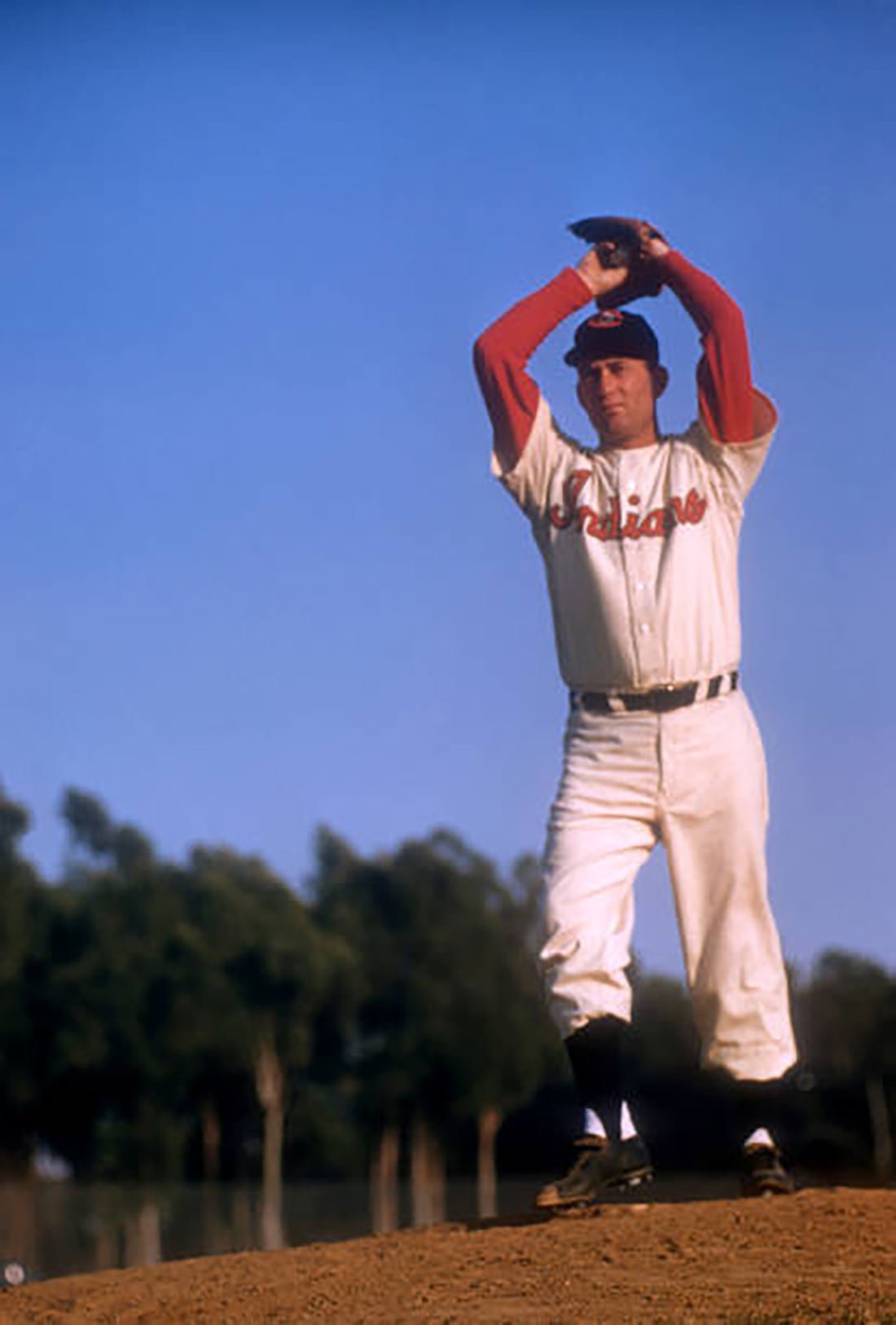 Pitcher Bob Lemon #21 of the Cleveland Indians goes into his wind-up during an MLB Spring Training game circa March, 1957 in Tucson, Arizona. (Photo by Hy Peskin/Getty Images)

Boudreau discussed the move with Hall of Fame New York Yankees catcher Bill Dickey. “I knew Lemon had a strong arm, and once I realized he was not going to hit with consistency as an outfielder, I thought it would be worthwhile to look at him as a pitcher,” Boudreau later wrote. Lemon resisted the idea, but agreed after he learned his salary could be higher as a pitcher. Lemon credited Indians coach Bill McKechnie with helping him to adjust to his new position and Indians pitching coach Mel Harder, who taught Lemon how to throw a slider, a key pitch in his arsenal. While learning a new position, Lemon remembered how to hit, which he did as a left-hander.  He slugged 37 home runs and had a .232 lifetime batting average.

Chicago Cubs starter Carlos Zambrano batted .238 with 24 home runs in a 12-year career, but was that rarity of rarities: a switch-hitting pitcher.

While the National League will have to make adjustments for the designated hitter, players in Rotisserie and Strat o’matic leagues will also have to adjust: to DH or not to DH?

Bruce Becker, a retired Presbyterian minister who plays strat o’matic in a league with nine others, tries to stock his roster with pitchers who could swing the bat.

“I look for every edge.  My staff was stacked with good hitting pitchers:  Warren Spahn (who hit 35 home runs) and relative newcomers Zack Greinke, Adam Wainwright, Jacob deGrom,” said Becker. He added Howie Pollet to his staff because he “was just good enough (as a hitter).  I needed innings of left-hand pitching.”

The universal use of the designated hitter will not affect Becker’s league: “Pitchers will hit. There has to be more to the (Strat o’matic) game than scouting players and rolling dice,” he said. 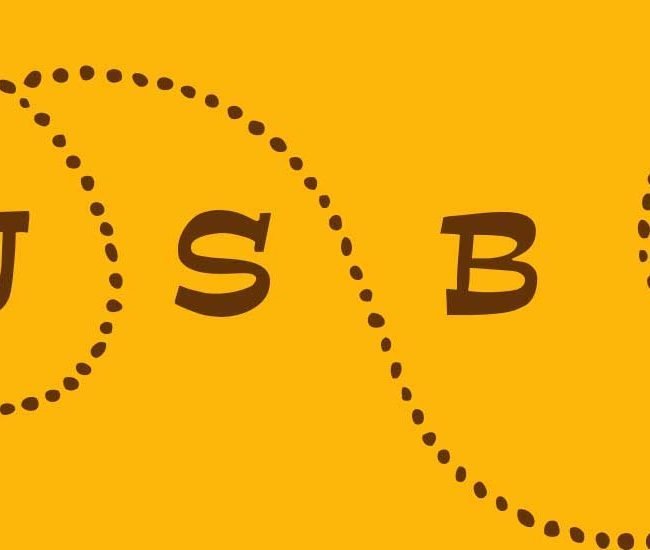 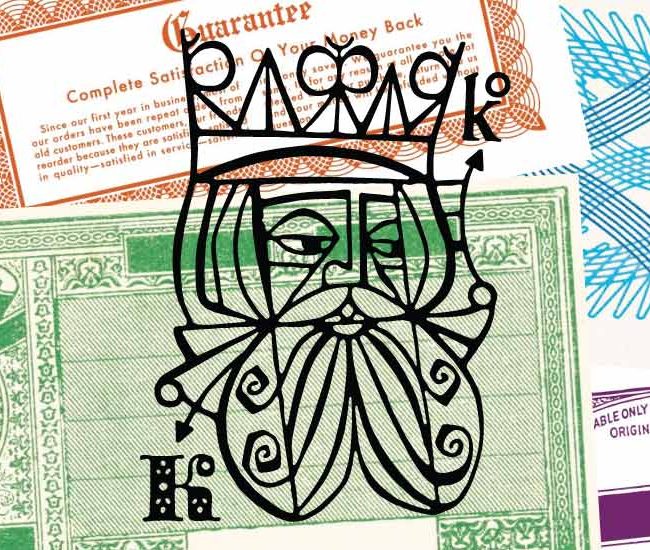