KENILWORTH, N.J. – The patch of green grass field looks small now, like how a postage stamp on a Little League baseball field is supposed to look, ringed by rows of metal stands, high fencing, and two perfect miniature dugouts with the classic 1960s-era snack stand sitting directly behind home plate.

Above the snack stand is the second story viewing area where the public address announcer would say your name as you came to the plate, just like Bob Sheppard did for the M&M Boys over at Yankee Stadium, about an hour away.

Growing up in this middle class town, this was our baseball heaven, Kenilworth Little League.

The field still proudly stands on 14th Street, just beyond the town garage. The little field remains a place of big dreams.

And this is the second stop on My Baseball Summer Tour.

There is nothing like Little League, which this summer is celebrating the 75th anniversary of the Little League World Series and remains one of the great things about America.

Yes, there will always be some complaints when you try to take parents off the streets to work together for the common good; but at its heart, Little League remains a phenomenal experience at all different age levels for boys and girls – and, of course, not just in America but worldwide.

All you have to do is turn on the Little League World Series on ESPN to see the smiling faces, and the occasional tears, to understand that.

“This little corner field became the center of our world, and it was like that for so many kids who played Little League.’’

Better yet, visit your local Little League and take in a regular game, not an All-Star Game but just a regular game of boys and girls playing baseball and softball on a Saturday afternoon or a weekday night under the lights. Enjoy the good times, and get a treat from the snack bar.

It will be good for your baseball soul to see all those kids running around having a good time, even the kids not playing in the games.

One of the great things about Little League is its wonderful memories can last a lifetime.

I still remember the wool uniforms from back in the day, a uniform that I would put on the first thing Saturday morning, no matter what time my game was going to start that day. My team was sponsored by A. Miele, at the time a local tool and die company, the perfect sponsor for the proud and growing town of Kenilworth that promoted itself as “a residential community with industrial strength.’’

That is the backbone of Little League, local companies and local volunteers, helping local kids.

For the most part we had the same adult umpire for all our games back then and we came to enjoy him and respect his authority. His calls were the final calls in the blessed days before Instant Replay. Not a lot of second-guessing back then. If there was any griping, and I don’t remember any even at the All-Star Games, we quickly moved on and went back to playing the game.

I was encouraged this weekend stopping by the Pequannock Little League in northern New Jersey to watch my grandkids not only play, but to see my grandson Jack umpire a few games as well.

Those Little League days helped foster my love for baseball and have been doing the same for generations for so many kids. My earliest Little League memory is being on the eight-year-old All-Star team; yes, we were serious ballplayers in Kenilworth in 1961 – and what a year for baseball and Yankee fans that was that summer. 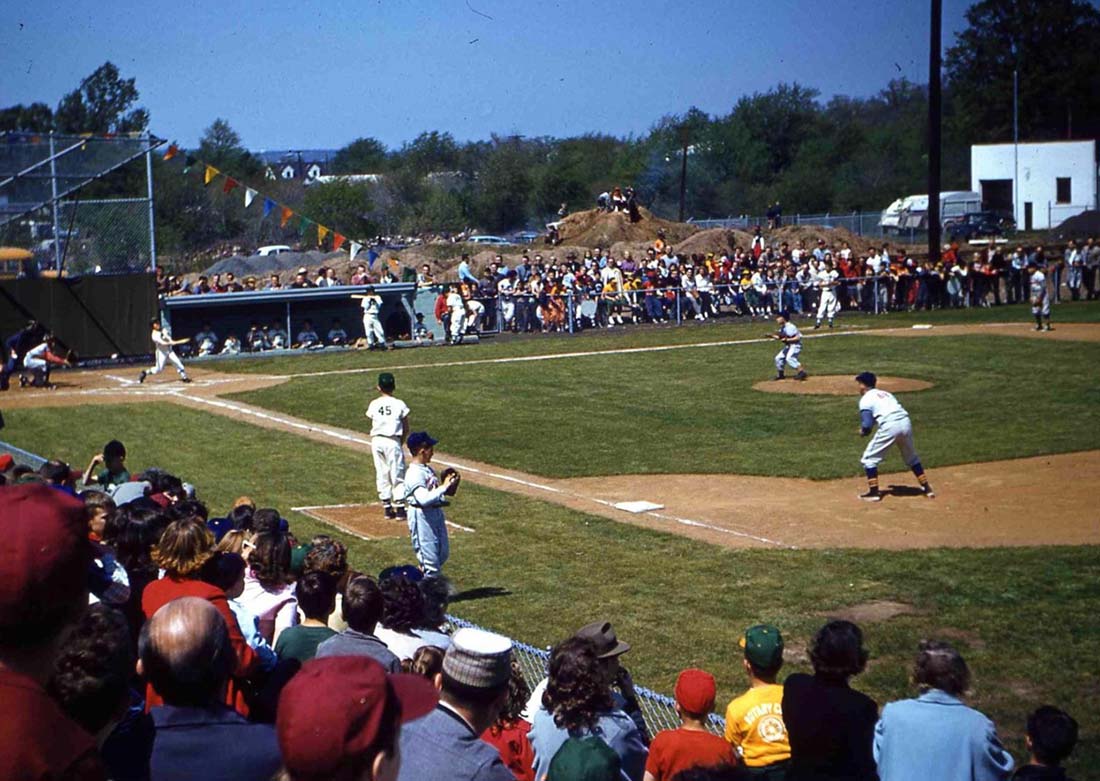 I grew up a Yankee fan. My father, a World War II Navy veteran, somehow became the biggest Detroit Tigers fan in the world (certainly in New Jersey), and we would make the trek to Yankee Stadium a couple times each summer to see the Yankees and Tigers play, and we usually had box seats back when they really were box seats.

My father worked on the Kenilworth police force and retired as a Captain. He would often stop by the Little League field on 14th Street in his patrol car and in full uniform to watch me — or earlier on, my older brothers — for a few innings; but at that time he was a Sergeant, and more on that later.

Kenilworth was a town filled with WWII veterans making the most of life for themselves and their families.

This little corner field became the center of our world, and it was like that for so many kids who played Little League.

I checked in this week with Stephen Keener, the President and CEO of Little League, a man I have known for more than 20 years, and he offered this encouraging update on Little League.

“After two years of disruptions to local Little League seasons due to the COVID pandemic, we’re delighted that participation numbers have rebounded to 2019 levels,’’ Keener told BallNIne. “And while we won’t have final numbers until late August, it appears we’ll have well over 2 million kids playing again in 2022. Hopefully parents and others realize even more now the value of community based baseball and softball play. Just let the kids play and have fun. The more serious play can wait.”

That’s a great point, let the kids play and have fun.

To that end, Keener told me that Little League is beginning a new program called Little League Sandlot Fun Days — a player led, unstructured opportunity for local Little League programs to provide a fun, regaled activity for baseball and softball players where kids make the rules, make the lineups and make the calls. Go to Little League.org to learn more about the program and anything else Little League.

Here’s the thing, the memories stick with us and so do the friendships. 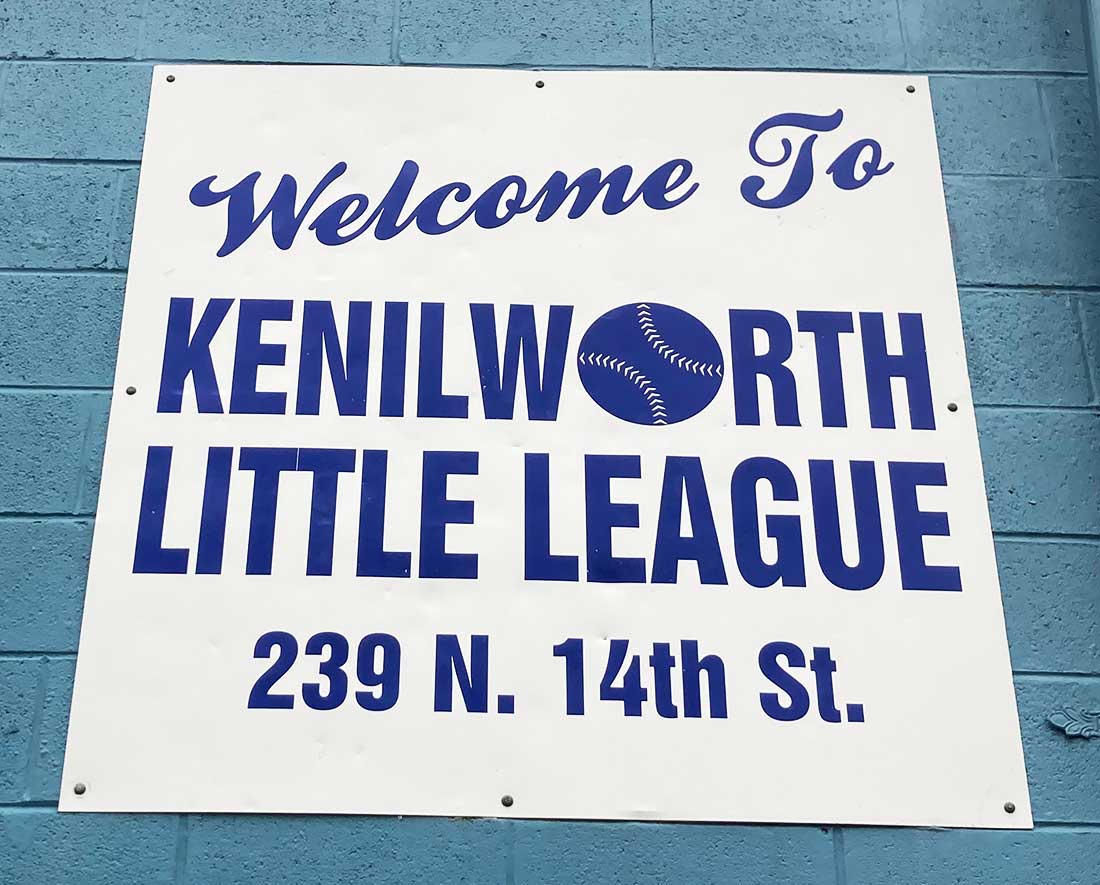 BallNine’s founder Chris Vitali and BallNine writer Rocco Constantino were battery mates in 1986 in Belleville, N.J. To get to the championship game that season, Constantino had to pitch a gem – and he did just that – striking out the last batter for the final out, with Vitali catching strike three. Here we are 36 years later and the two have remained close friends and worked to bring this very website to life.

But it’s not just about their friendship.

I talked to Rocco on Saturday morning and he told me this about lifelong Little League relationships.

“I pitched and played first base when I wasn’t pitching, and Chris was our everyday catcher,’’ Rocco said. Rocco’s father had a video camera so they still have that final pitch on video.

“Just great memories and amazingly I talked to all three of my Little League coaches this week,’’ said Constantino, the athletic director at Middlesex College after previously working at Santa Barbara City College. “These guys are in their 70s and we still stay in touch. In Little League we made friendships and connections that last forever.’’

Exactly. It’s not just about baseball, it’s about life.

Said Vitali of that golden moment with the Indians: “When that final pitch was coming in I was wondering am I going to whip my glove in the air; I just remember running out and it felt like we conquered the world, man. It was the best feeling in the world after all the practices and everything — and to do it with my friends was awesome.

“The next to last pitch Rocco crossed me up and it sailed past my backhand; because that’s what Rocco would do sometimes, he would just sling it like ‘Here, hit it if you can’. The last one was a great little breaking ball that just dunked in there. Mask in the air, ball in the air, ran out to the mound, tried to pull a Yogi Berra. It was awesome.’’

I also checked in with scout Billy Coppola, longtime friend of legendary scout Tom T-Bone Giordano, who passed away at the age of 93 in 2019 after a lifetime in baseball. Billy grew up in Copiague, Long Island. Billy is a thoughtful man and is now in California watching his granddaughter play softball, so I knew he would have something important to say.

“When I played Little League you had to be eight years old to begin,’’ Coppola said. “The one thing that stayed with me to this day was a coach telling me that when I was in the field I had to ask myself, ‘If the ball comes to me what am I going to do with it.’ ‘’

That is a great and vital bit of coaching advice.

“Years later,’’ Coppola said, “I realized that 99% of all Major Leaguers were taught how to throw, field, and hit by an amateur. A father, uncle, brother, mother, etc. They taught us the values of good sportsmanship and not everyone got a trophy. You had to earn it. It’s where my passion for the game is rooted.”

“The first time putting on an itchy woolen uniform was amazing,’’ he added. “I get goosebumps just thinking about it. I have fond memories of the 1957 Little League World Series when the small team from Mexico won against all odds. Angel Macias, an ambidextrous pitcher, became the only pitcher to ever pitch a perfect game in the Little League World Series. I even began trying to throw with both arms. Not a good idea. (Long time pitching coach) Billy Conners from Schenectady, N.Y. lost to Alabama in 1953 and won it all in ‘54. He never talked about it. For me my best memory was being the starting pitcher on our small town’s All-Star team at 12 years old. We lost that day but my whole family from Brooklyn came to see me pitch and were excited to see me on the mound. It was the beginning of me feeling that I was special.’’

That’s the beauty of Little League. 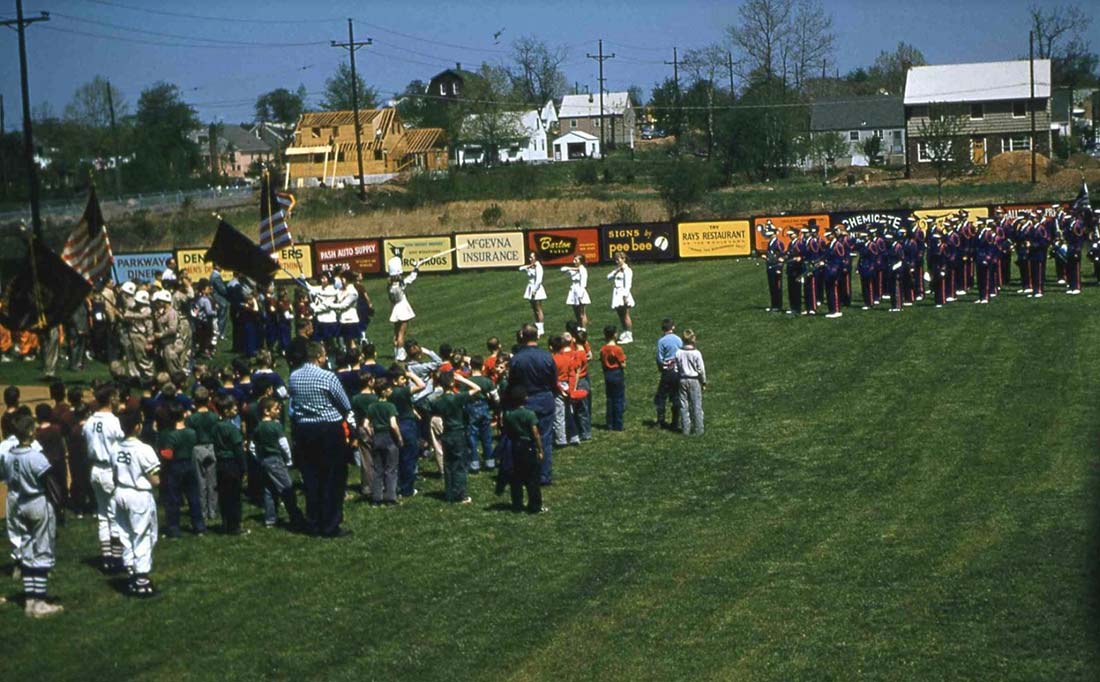 Only one team wins the championship every year, but every team can have fun. All three of my kids played Little League. My son Casey, who has a memory of hitting a home run against Cole Hamels in our Little League in San Diego, now has four children playing Little League.

Enjoy the games. Enjoy the snacks.

But getting back to my father, let me tell you this true story about our Little League.

My father yelled “straighten it out!’’

The next pitch my brother lined a wicked shot foul … that hit my father in the mouth and knocked out a bunch of his teeth.

Not surprisingly, the fences along the foul lines at the Kenilworth Little League are much higher now than they were back then.