Albert Pujols may be a shell of his former self as he plays out the final season of his historic career, but don’t let that cloud just how dominant he was for the first half of his career.

Simply put, you can make a case that he had the best ten-year run to start a career out of anyone who ever played the sport. Only four players in Major League history have had a ten-year stretch where they hit 30 home runs, drove in 100 runs and batted .300 in each season. Those fellows are Lou Gehrig, Babe Ruth, Manny Ramirez and Pujols. Of those, only Pujols did it in each of his first ten seasons. Pujols made a mad dash to expand that streak to 11 years with an absolutely torrid September of 2011, but he fell just short, ending with a .299 batting average and 99 RBIs.

Pujols would never bat .300 again, but his power and production remained dangerous into his late 30s. Over the first ten years of his career, Pujols’ 162-game averages are borderline insane.

With apologies to Miguel Cabrera, Pujols is the greatest right-handed hitting of this generation and one of the best to ever pick up a bat.

And now, here’s Episode XVII of The Stud 400, featuring artwork by Will O’Toole. 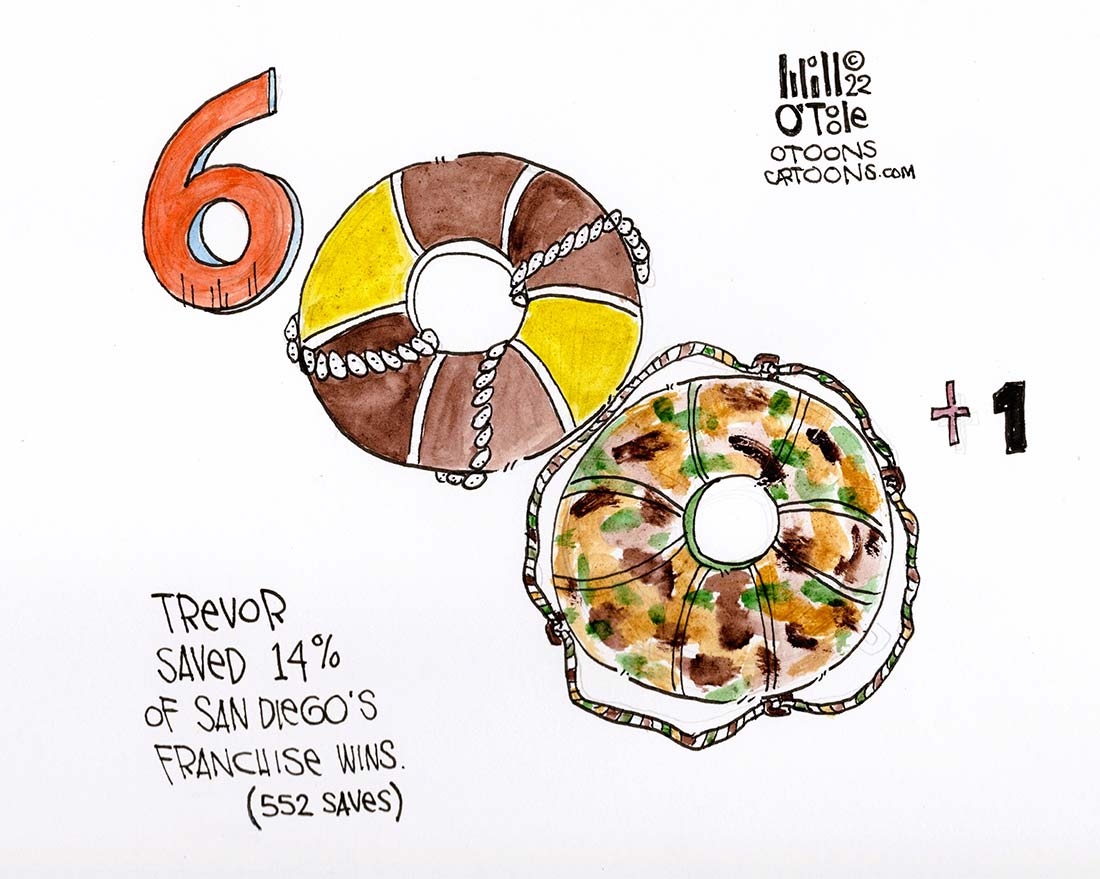 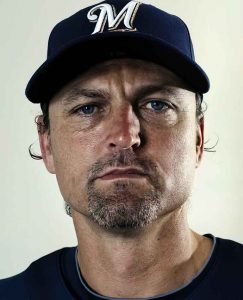 Mariano Rivera may have been the dominant closer of his (or any era), but while Rivera was gathering World Series rings for every finger on his left hand, thumb included, Hoffman was piling up saves on the opposite coast with remarkable consistency. Although he only led the league in saves twice, Hoffman was the first pitcher to reach 500 saves and then in his final season, he became the first member of the 600-save club. Hoffman achieved the milestone as a member of the Milwaukee Brewers, finishing with 601 to his credit. 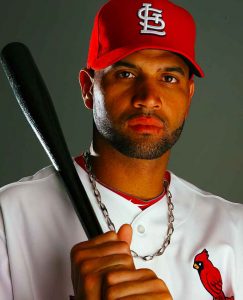 If you believe everything you read on Twitter, traditional stats are being pushed out of baseball. Batting average doesn’t matter and RBIs are based on luck. With no due respect to those who peddle that nonsense, shove it. It’s hard enough to hit 30 home runs and drive in 100 while also batting .300, but to do it for ten years straight is damn near impossible. In fact, only four others have ever accomplished that. Pujols did it over the course of his first ten seasons. A 13th round draft pick who batted .314 with 19 home runs in his only minor league season, Pujols jumped to the majors in 2001 and promptly batted .329 with 37 home runs and 130 RBIs. A sophomore slump never came and he stayed healthy and in the lineup every day, averaging 156 games played per season over the next decade. At 42 years old, Pujols now lumbers around the field as he makes a push for towards 700 homers. Let’s make sure we take the time to appreciate Pujols as he does one last victory lap in 2022; you’re not going to see another player like him in your lifetime. 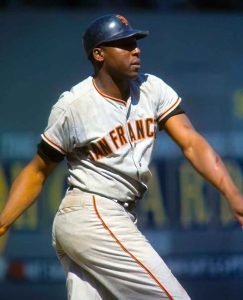 Baseball is a game of inches. We’ve heard the cliché thousands of times and have seen it played out daily. Sometimes it works in favor of our favorite teams, sometimes it works against them. For the 1962 World Series, Giants fans ended up with the short end of the stick. The Giants and Yankees faced off in a tightly-contested World Series, with each team alternating wins down to a decisive Game 7. Jack Sanford and Ralph Terry engaged in a thrilling pitchers’ duel and by the time the 9th inning rolled around, the Yankees held the slimmest 1-0 lead. Tony Kubek’s RBIs groundout in the fifth had provided the only run of the game. Matty Alou led off the ninth with a bunt single, but two strikeouts by Terry had the Giants down to their final out. Only problem was that Willie Mays was at the plate with McCovey looming on deck. Mays doubled to right, sending the tying run to third. If McCovey could drive home Mays from second, it would have given the Giants the series. On an 0-1 pitch, McCovey smoked a line drive about as hard as a human could hit a ball, but it landed right in the glove of second baseman Bobby Richardson to secure the World Series win for the Yankees. If McCovey hits that ball a foot or two either way, the Giants would have had their sixth World Series. Instead, they had to wait until 2010 for that. 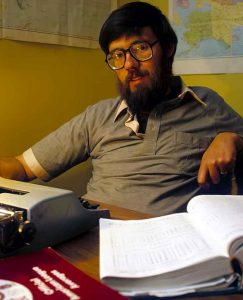 This entry could just be titled “Bill James” and we could leave it at that. The widely influential writer, researcher and baseball historian first published a baseball abstract in 1977. It contained things like monthly batting stats for players, run support for pitchers, umpire statistics, attendance for pitchers and other curiosities among the marriage between baseball and statistics. James’ abstracts have evolved over time and have been as influential in the baseball nerd world as the Beatles have been in music; and that’s not an exaggeration. James was Baseball Reference in human form decades before anyone knew what that was. If you’ve ever heard the terms “sabermetrics” or “moneyball,” that’s essentially Bill James too. Statistical innovations credited to James include runs created, win shares, range factor, game score, similarity scores and much more. While his early abstracts were an analysis of the previous season with a look ahead, his landmark 1985 Bill James Historical Baseball Abstract contextualized the game’s history through data and is also one of the landmark publications in all of baseball literature. Baseball fans love statistics more than fans of any other sport. While others wrestled with advanced baseball statistics before James, he was the one who brought them to the masses. Before that, all you had was The Baseball Encyclopedia, Strat-o-Matic, the backs of baseball cards and the rudimentary graphics offered up on your baseball telecast. 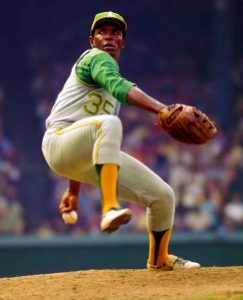 In September of 1970, the A’s were out of a pennant race that they were never in, so they called up Vida Blue, a 20-year old kid who just finished a fantastic season at AA, for a handful of starts. In his second start, Blue took a no-hitter into the eighth inning that was broken up with four outs to go. Improbably, just two starts later, Blue completed the feat, no-hitting the Royals and giving A’s fans hope for the future. That future came immediately the next season when Blue surpassed the lofty expectations already bestowed on him. The captivating lefty started the season 10-1 and was an incredible 17-3 with a 1.51 ERA and 17 complete games by the All-Star break. In May he was on the cover of Sports Illustrated and in August he was featured on the cover of Time. Blue finished the season 24-8 with a 1.82 ERA. He struck out 301 batters in 312 innings, hurled eight shutouts and had a 0.952 WHIP. Whatever the level above dominant is, that’s what Blue was. In the end, he won the Cy Young Award, MVP and was the first pitcher to start Opening Day, the All-Star Game and the playoff opener as the A’s returned to the postseason for the first time since 1931. 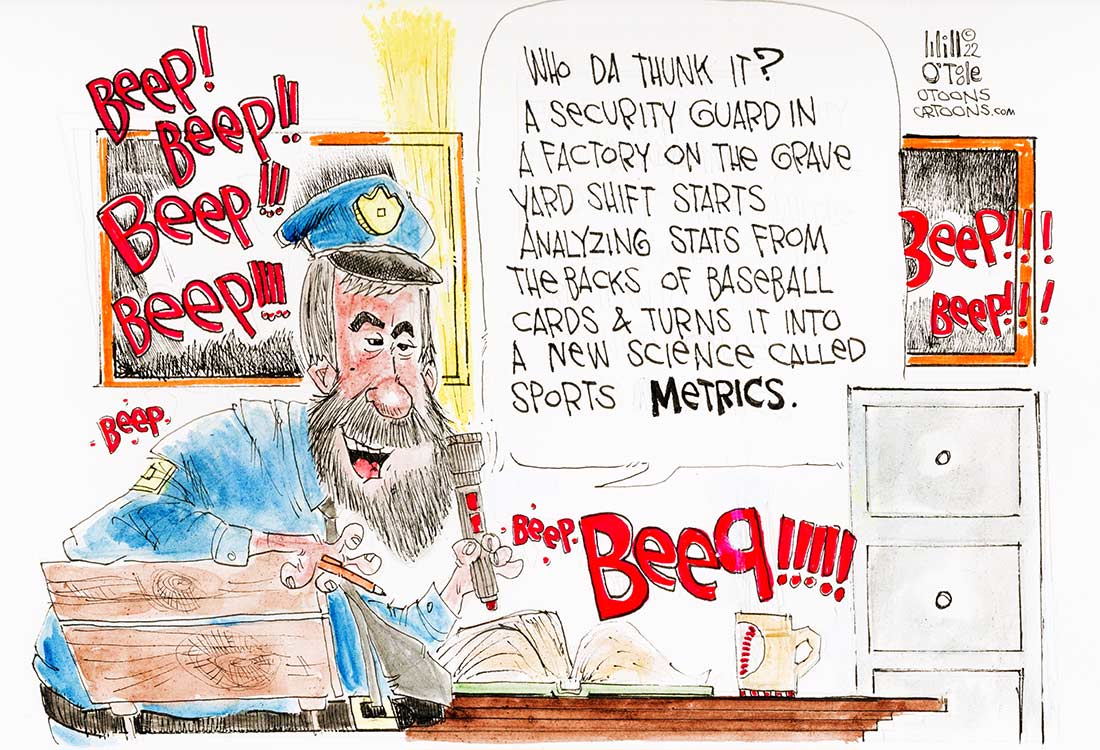 Stay tuned for next week’s episode of The Stud 400 when we honor the honoring of one of the game’s best lefty pitchers, try not to anger the only member of an exclusive 50/50 club and visit with 30 different players in one entry in the name of song. You’ll know ‘em all from Boston to Dubuque. 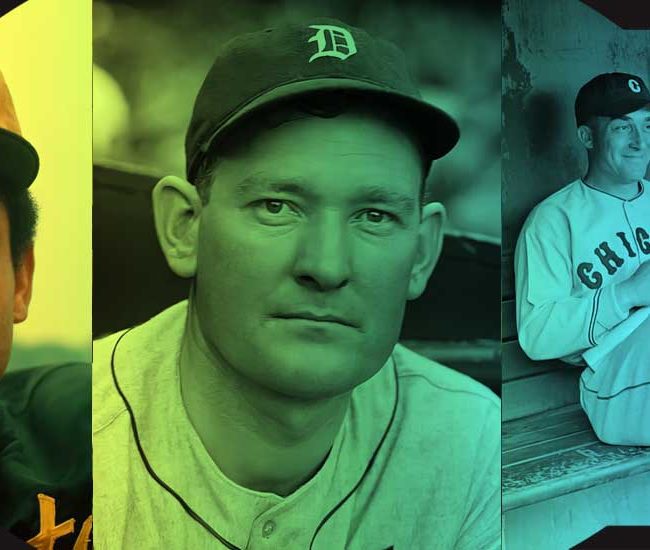 Put It In The Books