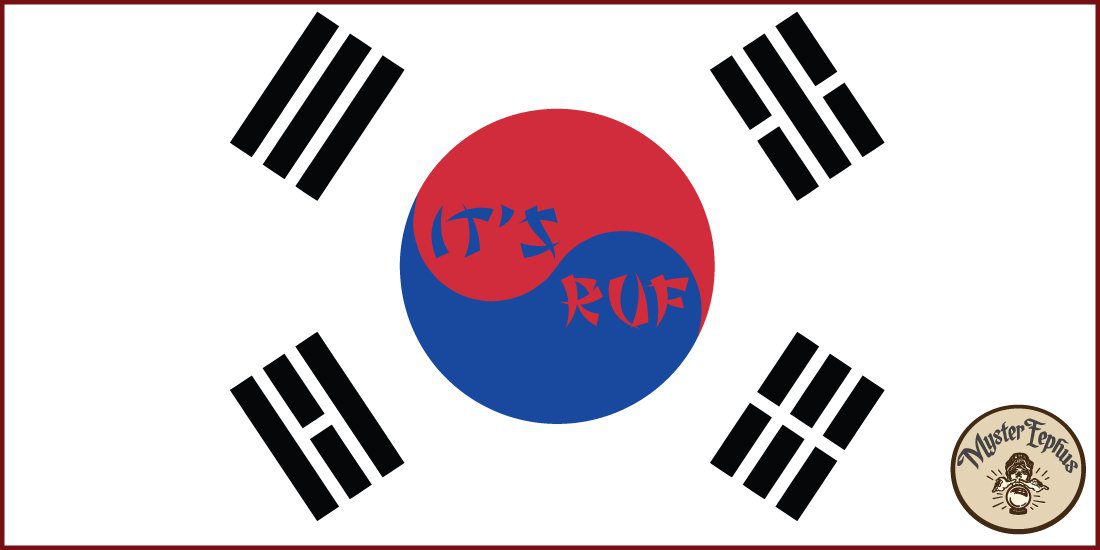 There’s always Korea. Or Japan. When a baseball player realizes reaching or sticking with the majors is unlikely, the sport is still an option halfway around the world.

As Darin Ruf was contemplating his future, he realized traveling to another continent could be a possibility. And it was.

After being traded from the Philadelphia Phillies to the Los Angeles Dodgers, Ruf’s contract was sold to the Seoul Lions of the Korean Baseball Organization (KBO). He spent three seasons there, 2017-2019, becoming one of the KBO’s best power hitters. But even before he was sent to Korea, Ruf had considered playing overseas at some point.

“I thought there was a good chance…when my time here was done, (I could) go to Japan or Korea; so I did research, planned on it in a way, considered it a real opportunity or possibility,” said Ruf, who has been with the San Francisco Giants since 2021. “It happened so late (in spring training) and so quick. A lot of things felt rushed. It wasn’t that I didn’t think it could happen, I was ready for it to happen.”

“It was definitely at a point in my career I needed and took advantage of, and it kind of catapulted into a few more years,” said Ruf.

Even so, Ruf was in for a whirlwind of traveling once his contract was sold.

“I had to get a physical done in Korea,” said Ruf, a Nebraska native. “They had been burned a few times with physicals with pitchers from America… (they wanted) their own doctors. I had to fly from Arizona (where the Dodgers trained) back to Omaha for a day, and I didn’t have a passport. I had to fly to Denver to update my passport, and the next day flew to LA, then flew to Korea. I got my physical, passed it, went over to Japan for three weeks of spring training. My wife shipped four packages, two suitcases, and all my baseball stuff from Nebraska to Japan.”

Each of the teams in the KBO can have up to three foreign players. In 2017, Ruf had two American teammates, pitchers Anthony Ranaudo and Zack Petrick.

While the Lions executives knew some English, Ruf said his coaches didn’t; and there were two translators, one for the pitchers and one for him. He arrived in South Korea without knowing the language, but by his third year he could order dinner in a restaurant on his own. (He stayed away from the “really weird” foods while there.)

Ruf played college baseball at Creighton University, and was named the 2007 Missouri Valley Conference Player of the Year.

The Phillies drafted him in the 20th round of the 2009 draft. In 2012, he led the minor leagues with 38 home runs, and was the Eastern League Most Valuable Player. He made his major league debut that season, and one of his teammates on the Phillies was Josh Lindblom, with whom he would later meet up again in Korea.

In 2013, Ruf split time between Triple-A and the Phillies. He was in a roster battle for a bench spot entering 2014, but he hurt his oblique, and landed on the disabled list prior to the season. He remained with the Phillies for two more seasons before being traded to the Dodgers and then going off to the KBO. 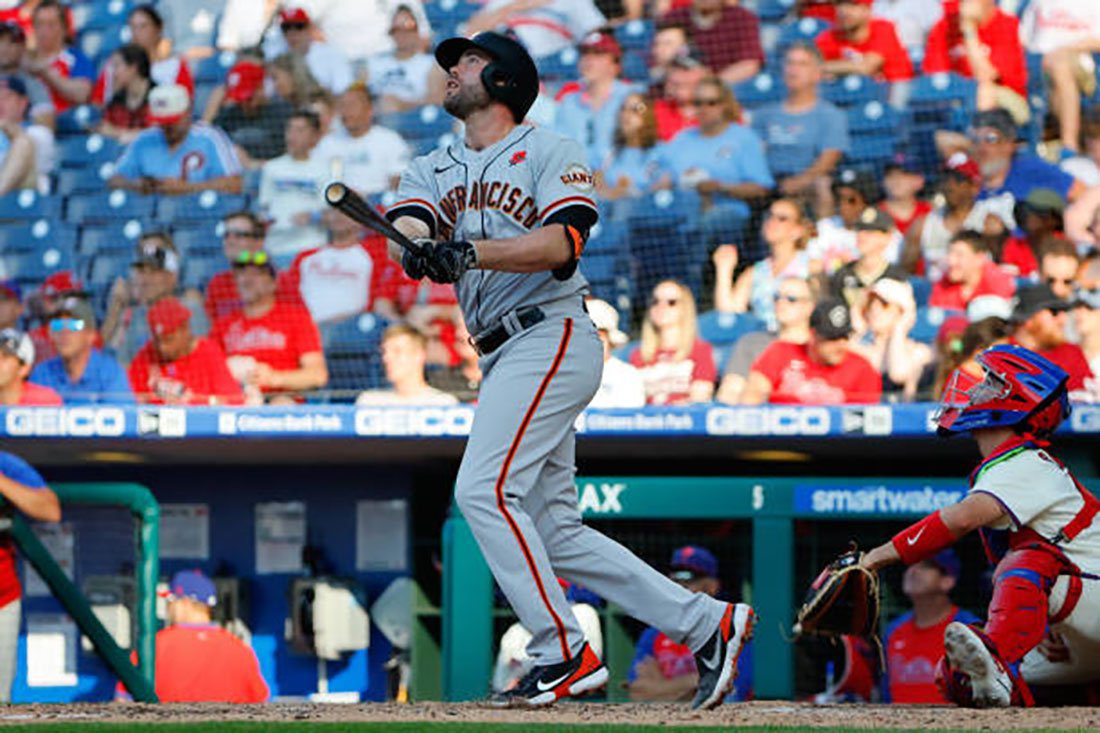 For American ballplayers in Korea, some things about the baseball life are the same….three strikes and you’re out, four balls is a walk, and after the game there are Pizza Huts to hang out in while talking the night away over a large pie.

The ability of the Koreans, said Ruf, is “hard to classify, because as you’ve seen, some of their best players over there come here and compete quite well, playing on a major league team. There’s guys who would do just fine in AAA, some do really well in AA, but there’s guys over there right out of high school and who play at the highest level.”

Then there’s the style of play.

“It’s probably a little more small ball, more college-like I would say. There’s some bunting, moving the runners, hitting behind the runners to manufacture runs. There were guys who lived and died by the homer, but for the most part there’s only two or three guys in the lineup who can do that; they didn’t want me to bunt, didn’t want me to walk,” said Ruf, who actually was among the league leader in walks in his time there.

The games were “more entertainment oriented” than in the United States, said Ruf, with singing and cheerleaders part of the scene.

Despite being among the league leaders in power numbers, he was hardly interviewed by the South Korean media, who preferred to cover the native players.

American missionaries introduced baseball to the Koreans; and in 1982 the KBO was formed, but it wasn’t until 1998 that foreigners were allowed to play there. Twelve Americans went to Korea that year as the first wave of foreigners. The most successful was Tyrone Woods, who spent 11 seasons in the minors before heading overseas. 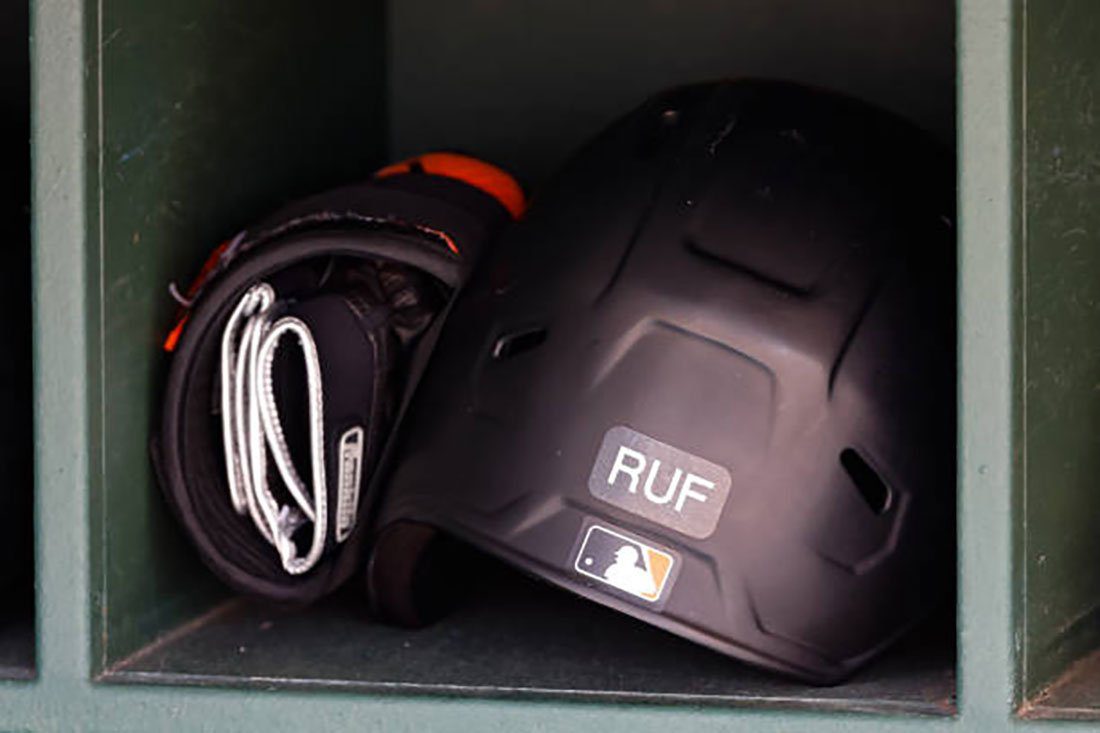 An infielder who established a KBO record by hitting 42 homeruns that season, Woods was named the league’s MVP. He played five years in Korea followed by six in Japan.

Chan Ho Park was the first Korean-born player to play in the major leagues. He signed with the Dodgers in 1994 without ever playing in the KBO, and pitched until 2010 for several teams, retiring with a record of 124-98. He then pitched a season in Japan and a final year in Korea. (There are four Korean-born players in the major leagues this season; another 22 have played with big league clubs since Park’s debut.)

Ruf said having his wife and son with him was important. “Having family there was a big help. I couldn’t imagine (them not being there),” said Ruf. He observed how other American players without their families there worried about whether being by themselves would somehow affect their performance.

The Lions placed their American players next to each other in the locker room, to create a comfortable atmosphere. Ruf, Petrick, and Ranaudo became confidants for each other, sharing their feelings, good or bad.

Those are the teammates “you can freely speak to about anything without having a translator,” said Ruf. “We’re all there with the same idea, to play well and have fun and enjoy the experience.”

In 2018, Ruf’s “foreign” teammates were pitchers Lisalverto Bonilla, a former Phillies farmhand from the Dominican Republic, and Tim Adleman. The following year his compatriots were Justin Haley and Ben Lively (who joined the team after the season started) and Deck McGuire, all of whom were pitchers.

Lindblom said he and Ruf “became really close even though we weren’t on the same team. They’d come (to our home), and if my family just wanted to go (see them) we went. We bonded, we were there for each other.”

Lindblom, who spent two tours in Korea, said, “Our wives became friends and our kids became friends, which took (the relationship) to another level.”

There are 10 teams in the league, and each team plays each other 16 to 22 times a year, said Lindblom, so he would frequently see Ruf and his family.

Another former Phillies teammate of Ruf’s, pitcher David Buchanan, was playing in Japan while Ruf was in the KBO. His wife Libby and Buchanan’s wife exchanged trips between Korea and Japan to visit each other.

Ruf drew interest from the Giants; and rather than return to Seoul for a fourth year, he signed a minor league deal with San Francisco, and made the club out of spring training.

Lindblom is currently pitching for the Nashville Sounds, the Milwaukee Brewers’ AAA affiliate. He said his time in Korea was “the most enjoyable experience of my career” and being there “was a unique experience. I never regretted it.”

Ruf said his three years overseas now seem like a dream, but proclaimed it a worthwhile endeavor.

“I absolutely recommend going over to Asia, either Japan or Korea. I think you’ve seen guys go over there, do well, come back and continue to do well, and you’ve seen guys go over there and not do well, and still have an opportunity over here when they come back; it’s good for guys, definitely better financially for them to explore that opportunity,” said Ruf. The experience of playing there, he said, puts a person in a position “where you might not be comfortable all the time, but you still have to go out and do your job, and it kind of builds some character in that sense.”

previous article
A Pitching Ninja
next article
The Other Side