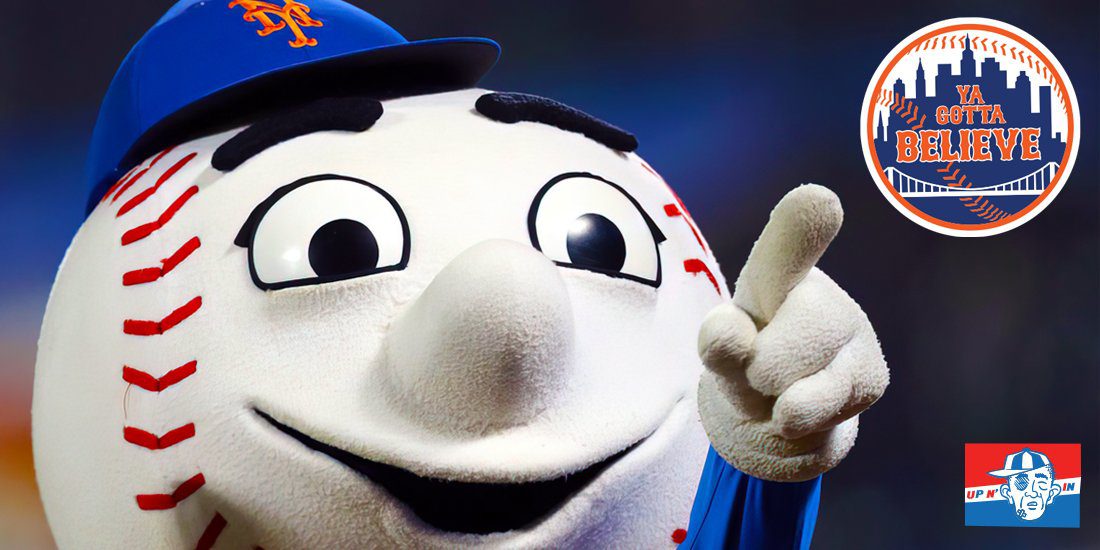 Back in the David Wright days of the mid-2000s and the 20-teens, the Mets were rarely known as also-rans; and, symbolic of that, they had a marquee player who was almost a perennial All-Star, made front covers of magazines, and was a gold glover and silver slugger. Wright was special, because he was always a Met – and only a Met.

And before Wright there had been Mike Piazza, who although he was a Dodger and a Marlin prior to playing with the Mets, was a Hall of Fame catcher and hitter, and a player to be taken seriously – as most of the Major League Baseball world quickly found out.

Both Wright and Piazza played on Mets teams that made the World Series. On neither occasion did the Mets win the World Series, but getting there twice in that span was very believable of a team that legitimately tried to contend every year. 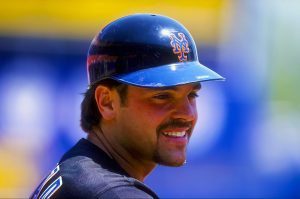 And yet, even prior to Wright’s unfortunate departure from baseball due to health issues, the Mets fell upon some hard times. But with new ownership, that seems to be turning around. And as of this writing, 57 games into the 162-game season, the Mets lead their division by nine games and have the second best record in MLB.

There have been multiple player personnel changes, too many to list here, partly due to the proportion of upcoming free agents the Mets carried on their 40-man roster last year – and partly due to the decision and mandate by new ownership to upgrade the team at as many positions as possible.

And there’s a new sheriff in town in the manager’s role, Buck Showalter, who has a noteworthy track record as turn-around agent for the multiple major league teams he’s managed; and is a through and through baseball man with the kind of experience that brings out the best in his players. Buck is a “baseball knowledge and rules” man; but he stands behind his players, and they know it. 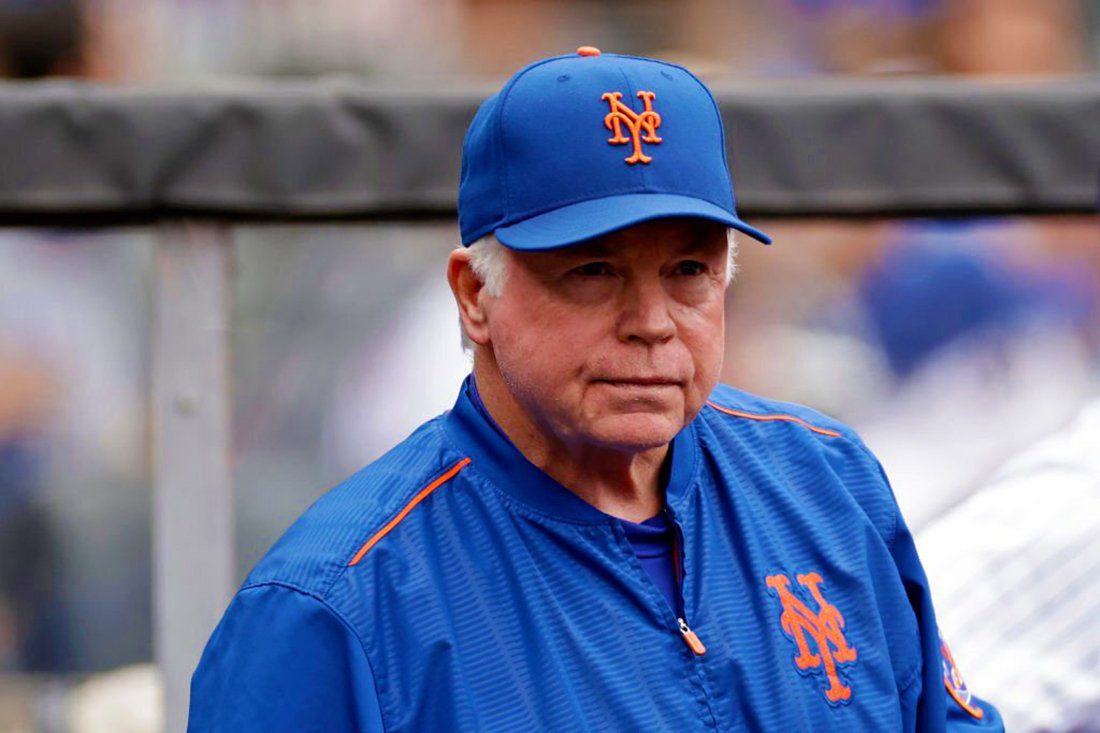 Buck Showalter #11 of the New York Mets looks on during the fourth inning against the Washington Nationals at Citi Field on June 1, 2022 in New York City. The Mets won 5-0. (Photo by Adam Hunger/Getty Images)

So what about the players, then? What does success look like for Buck’s team?

As has been well chronicled by BallNine’s Kevin Kernan (known to many via social media as @AMBS_Kernan), Jeff McNeil of the Mets is having a pretty outstanding season. His slash line as of this writing is .314/.366/.447, which is more than just “good” in this day and age in which batting average allegedly no longer matters (and yet batting average still impacts both on-base percentage and slugging). 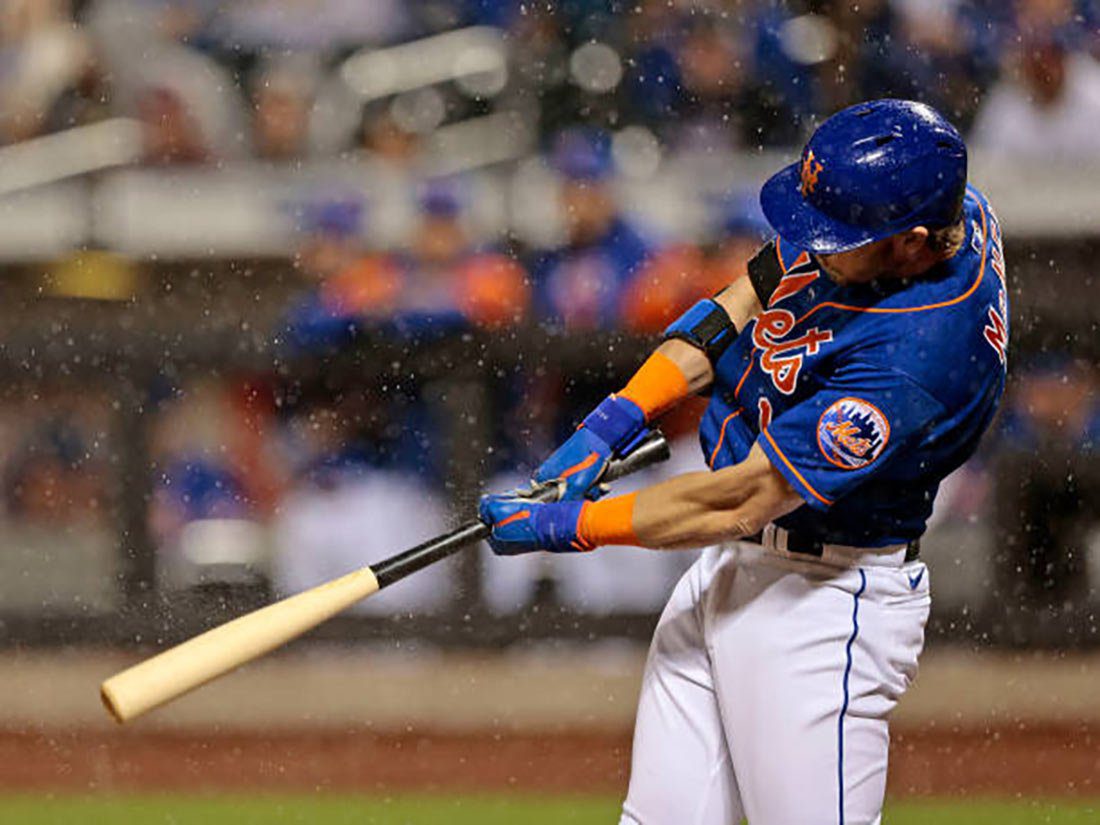 Jeff McNeil #1 of the New York Mets connects for a three-run home run in the bottom of the fourth inning against the Philadelphia Phillies at Citi Field on May 28, 2022 in New York City. (Photo by Christopher Pasatieri/Getty Images)

Pete Alonso’s basically having an All-Star/MVP-type year at the plate, with a slash line of .282/.360/.546; but the true surprise of late has been Luis Guillorme, who, despite 50-100 fewer plate appearances than the others we’ve mentioned, is slashing a lofty .340/.434/.423. Can Guillorme sustain it? Honestly, even he doesn’t know – because he’s never before been given the opportunity with the Mets that he’s currently getting.

Brandon Nimmo is being Brandon Nimmo: he’s slashing .271/.371/.409. Nimmo is a good hitter and tends to have a high on-base percentage because he has such a good eye at the plate. Nimmo walks. A lot. What I should really say, though, is that Nimmo runs. A lot. This is a player who never in his baseball life has strolled or even jogged down to first base. If he has a hit, he runs. If he has a walk, he runs. If he gets hit by a pitch, he runs. The bonus is that he’s always smiling while he does it. Brandon Nimmo may be the happiest guy in baseball. And with a career WAR of 13.9 his team is pretty happy, too, that he’s such a happy man. 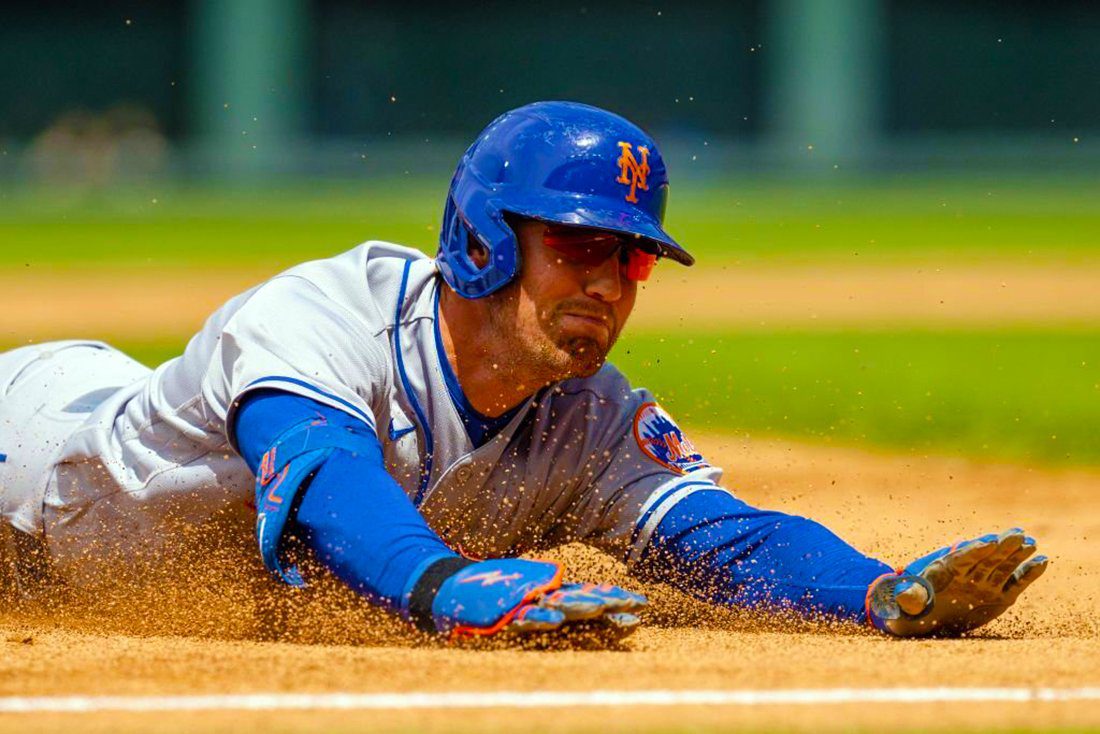 Brandon Nimmo #9 of the New York Mets during the game against the Colorado Rockies at Coors Field on May 22, 2022 in Denver, Colorado.(Photo by Harrison Barden/Colorado Rockies/Getty Images)

Francisco Lindor’s offensive numbers haven’t been quite as impressive to date as have been the ones we’ve mentioned so far, at .258/.339/.442; but what Lindor may be missing at the plate he makes up for in fielding. If you watch the Mets regularly, you’ll see Lindor flash the leather at least once in almost every game. Lindor is a career .277 hitter – not a career .330 hitter. And yet he boasts a career WAR of 32.9. This is not due to a Ruthian hitting faculty nor a Bondsian power prowess. Rather, Lindor’s fielding percentage has never been below the .974 of his rookie season in the majors. In fact, his career fielding percentage is .980. Not many in the league can say that after seven-plus seasons in the league.

But individual performances do not a contending – no, a first place – team make. How many teams in every sport have we seen come and go that featured a significant superstar or two and yet just couldn’t put it all together and make it work as a team? Don’t bother answering that – because the answer for each of us would be, “too many.”

So what’s the glue holding this Mets group together and making them operate as a highly functioning team?

Well, for one thing, there’s the pitching. Despite missing current marquee pitchers Jacob deGrom and more recently, Max Scherzer, as well as starter Tylor Megill, the Mets’ starting pitching has been holding up. In 65 innings pitched, Chris Bassitt, formerly of the Oakland A’s, has a 3.74 ERA. Similarly, in 64 innings pitched, Carlos “Cookie” Carrasco has a 3.52 ERA. Taijuan Walker, who missed time with an injury as well, has a 2.88 ERA in 40.2 innings pitched. And southpaw David Peterson, in 33.1 innings pitched, is carrying a 2.97 ERA. Not too bad for a rotation missing their two aces – and probably their third/fourth best starter.

Closer Edwin Diaz has 11 saves on the season, and has pitched to a pretty decent 2.38 ERA. Most of the rest of the relief staff have ERAs in the 2.50-4.50 range. A few key relievers have been lost to injury as well, but generally the bullpen is holding their own. 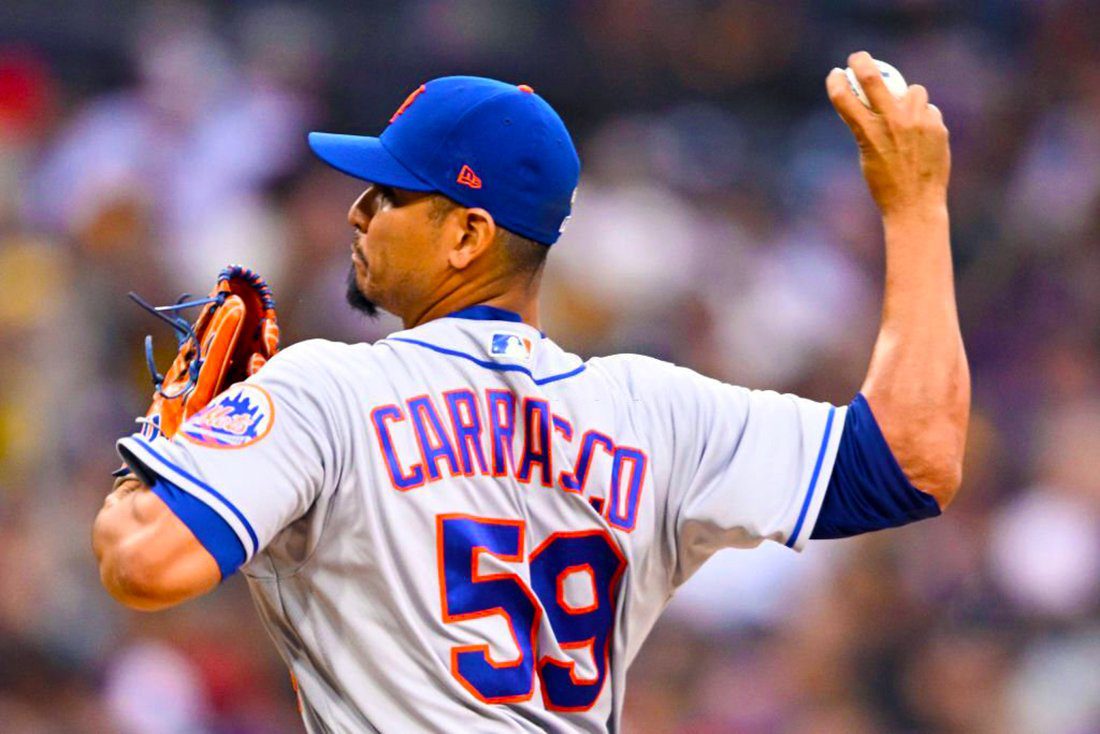 Carlos Carrasco #59 of the New York Mets pitches during the second inning of a baseball game against the San Diego Padres on June 6, 2022 at Petco Park in San Diego, California. (Photo by Denis Poroy/Getty Images)

One key facet of the 2022 Mets is their ability to come from behind. The hallmark of a good team is that somewhat intangible x-factor of never really being out of the game. As a special caveat to the other teams around the league, and most especially to those teams in the National League, the 2022 Mets will beat you any way they can; and they might just wait until the eighth or ninth (or tenth, eleventh, or twelfth) inning to do it.

These Mets will scratch and claw their way to a victory even if they’re down by five in the seventh inning. When they play at home, the entire crowd is just waiting for those trumpets to sound as Edwin Diaz enters the game.

Whether it’s a late inning Pete Alonso three-run blast, or a shut-down inning by Drew Smith or Seth Lugo, or a prolonged at bat by McNeil or Guillorme, or a stunning catch by Francisco Lindor – caveat emptor. You didn’t come to CitiField to see the Mets lose, no matter which team you’re rooting for. And the interesting part about this year’s team is that they’re doing it on the road, as well.

Saturday night’s little confusion – with the Dodgers trying to use a position player to pitch when down to the Mets by five runs (instead of the rule minimum six) – is just exemplary of the season this Mets team is having. The same can be said of Eduardo Escobar hitting for the cycle for the first time in the last ten years of the Mets franchise. When things go your way in baseball, they really seem to go your way.

The old adage that success breeds success seems to reflect this Mets team’s record. Confidence is half the battle in sports. And this Mets team appears to have it. They’re coming together as a group and outperforming their previous few seasons, including the members of the team who predate this year and despite the loss of their key starting pitching. There’s no doubt that some of the credit for that goes to Buck Showalter and his coaching staff. But at the end of the day, it’s the players on the field who have to get the job done. And for the first time in about five years, we can finally say – they’re getting it done. After all, you gotta believe.

previous article
The Other Side
next article
Snowball Headed For Hell 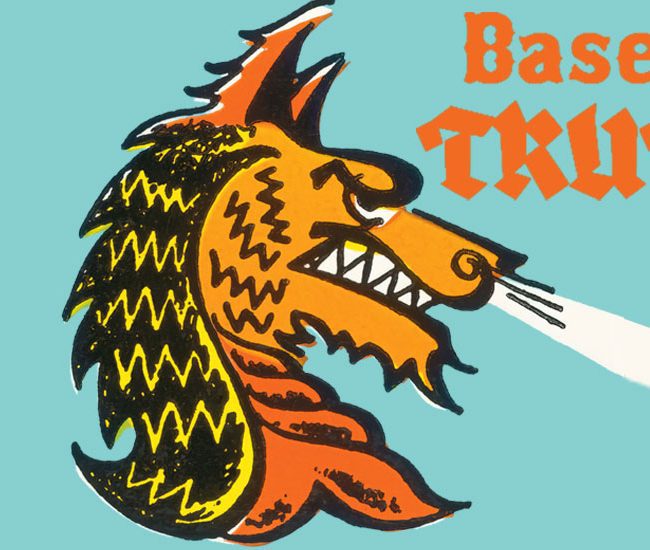