Law of the Game

While baseball has undergone some changes in the decade or so since Gregg Clifton last worked as a certified agent for his client list of star players, the New Jersey native hasn’t lost his love for the game or his desire to be involved with it.

Clifton, who represented high-profile players such as Tom Glavine, David Wells, Mark Mulder and Luis Gonzalez, may not be negotiating contracts any longer for the stars like the aforementioned quartet but he is keeping his hand in the game. The 61-year-old Harvard graduate joined the law firm of Lewis Brisbois Bisgaard & Smith earlier this year as a partner and will spearhead the firm’s newly created sports law group, which will expand the firm’s entertainment, media and sports practice group.

Lewis Brisbois is a national firm with nearly 3,000 employees, featuring an existing entertainment practice. While Clifton, who earned his law degree from Hofstra University, won’t be representing any athletes in contract negotiations for their playing contracts, he will be handling their business needs from a legal perspective. Additionally, he’ll be offering his legal acumen to colleges and universities, NCAA conferences and professional teams and assisting then with the handling of diverse legal issues with which each is faced.

“It gives me a larger platform,” said Clifton, who spent nearly a dozen years labor and sports law at Jackson Lewis before joining Lewis Brisbois. “My old firm only did labor and employment law and didn’t have the capability to perform any of the new, broader-based legal services that I will now be able to offer my current and future clients.

“Lewis Brisbois has more than 40 different areas of practice and more than 50 offices around the country so there isn’t an area in which we can’t help. It’s a diverse practice but when you say sports, it sounds so limiting. The diverse areas of require a team of legal experts to service today’s sports law issues. It’s tremendous challenging but incredibly rewarding to help counsel and resolve these challenging issues.”

Clifton will also have the chance to discuss and explain some of the more complicated rulings and cases on the firm’s recently created sports law blog, The Official Review. He and fellow Lewis Brisbois colleague and partner John Long are regularly assisting their current collegiate clients with advice and counsel regarding the ever-changing world of legal issues, including name, image and likeness rights for student-athletes, the efforts of the National Labor Relations Board to transition student-athletes to become employees while also addressing the legal issues surrounding the creation of collectives by university boosters and alumni supporters regarding name, image and likeness opportunities for student-athletes.

It’s a much different scenario than when Clifton was experiencing day-to-day contact with a Glavine or Mulder. Yet, he continues to represent many of his former athlete clients regarding many of their business interests and still has close ties to and opinions about baseball. That’s not surprising, though. He’s had a love affair with the game since growing up in Fort Lee, N.J., in the shadow of New York City, where he grew up learning about the game while watching the Mets and Yankees in the 1970s and 1980s.

Clifton played baseball for Fort Lee though basketball was his primary sport, which he continued to play in his early college years. He caught for a while and played the outfield for the Bridgemen, stressing that despite his time on the court, baseball was always his favorite sport. That much was evident by the time he spent watching the game, both on television and at the ballpark.

“The problem the sport faces now, however, is everyone wants it to be something that it’s not. It’s not fast action. It’s not hockey or football.”

He was a regular at Shea Stadium and had the opportunity to watch the 1969 Mets as well as Willie Mays in the twilight of his career as the Mets slogged their way to a National League pennant in 1973. He also had the chance to experience the Yankees’ brilliant run in the mid-to-late 70s and then played a hand in the Bombers historic run 20 years later while representing Wells and enjoying his perfect -game performance [May 17, 1998, against Minnesota at Yankee Stadium].

“I love baseball but I’ve always been a little biased,” said Clifton, whose son Gregg also loves the game and pitched throughout his high-school career before a shoulder injury ended any thoughts he had of a potential college career. “It’s always been my favorite sport. I got 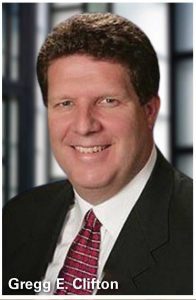 to hear stories about Willie Mays from my dad, watch the run with the Yankees and then have the opportunity to represent David Wells and watch him pitch a perfect game – and Tom Glavine and his World Series MVP performance and throughout his Hall-of-Fame career. I still think it’s the greatest sport as it combines athleticism with planning, intelligence and scouting along with critical execution.

“The problem the sport faces now, however, is everyone wants it to be something that it’s not. It’s not fast action. It’s not hockey or football. I don’t think we have a generation that appreciates the game or has the time to sit and watch and enjoy the nuances of the game. Society moves at such a rapid pace now. The beauty of baseball is that it is not that. You get to go to a game, relax and watch a game. I had an opportunity to learn the intricacies from my father and my grandfather, sitting and watching games with them and they would teach me. I don’t think families get to enjoy that time together as much as we did a generation or two ago. I’ve always loved the bond I had with my dad over the game.”

Growing up in that type of sports-rich atmosphere greatly influenced Clifton. He said he initially had limited interest in becoming a lawyer but he knew he wanted to work in sports. Then he realized the best way for him to gain entrance into the sporting world was through the law. 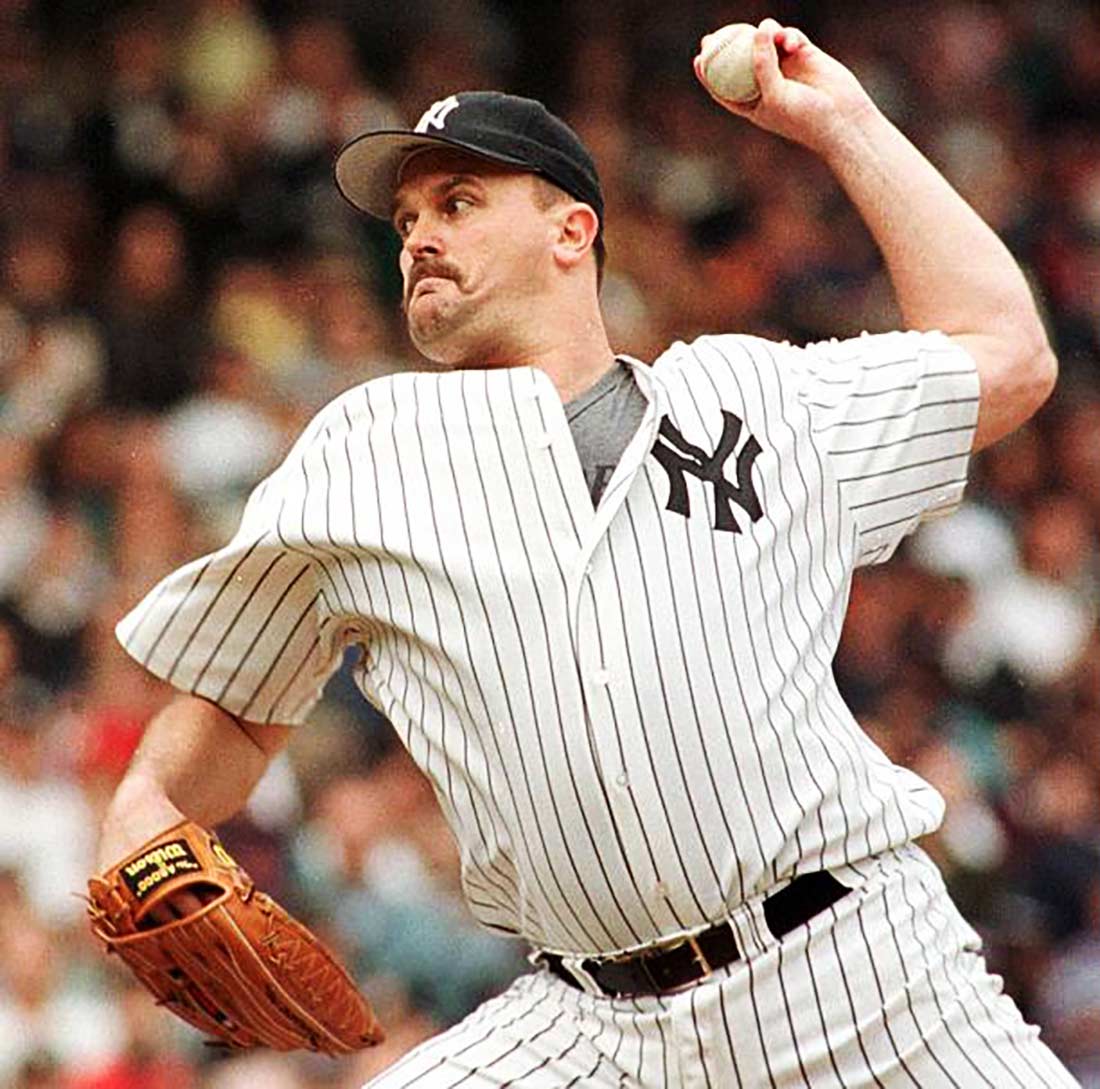 New York Yankees pitcher David Wells pitches in the top of the ninth inning 17 May at Yankee Stadium in New York City. Wells pitched a perfect game retiring all 27 batters he faced in a row as the Yankees beat the Twins 4-0. AFP PHOTO/Matt CAMPBELL (Photo credit should read MATT CAMPBELL/AFP via Getty Images)

“I wanted to be an agent and I thought becoming a lawyer would help,” he said. “I never aspired to be a litigator or in court. I knew I wanted to work in sports. Joe Garagiola, Jr. had this excellent sports law newsletter that he prepared on current sports law issues and cases and I remember joking with him not long ago that I can remember getting that in the mail when I was in high school, and thought it was the greatest thing ever created. We were not a generation that had Google; we had to try and figure things out things on our own. I always tease Joe because he was someone very inspirational who legitimized my dreams and aspirations for me.”

Ultimately Clifton achieved his objective and became an integral part of the baseball landscape, starting out by working with legendary agent Bob Woolf. While Clifton’s role has changed, along with certain aspects of the game, he doesn’t think that change, either in his case or with baseball, is a bad thing.

Clifton likes that the designated hitter has been adopted in the National League. He likes how analytics have made the game more interesting and he is amazed at what the salaries have become. All positives, for sure.

One other change to which he can relate, at least on some level, is the fact that agents have begun to play a more prominent role in sports, whether it is former agent turned Mets general manager turned agent again Brodie Van Wagenen or Leon Rose, who went from being Lebron James’ agent to president of the New York Knicks. Van Wagenen’s gig with the Mets lasted 25 months and was largely deemed unsuccessful by most, but it was also one that reminded Clifton he had similar career thoughts when he was first starting out. 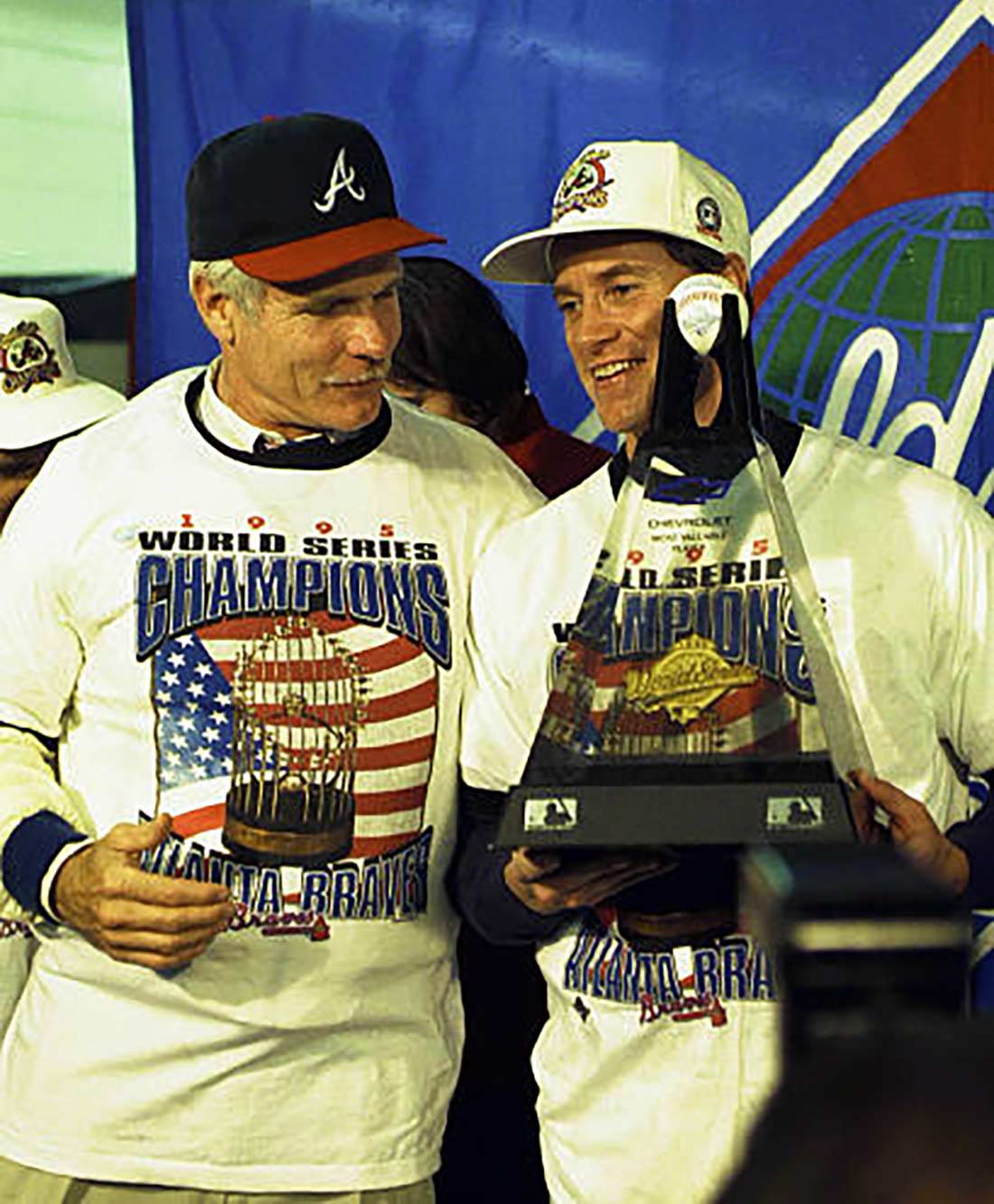 “I thought about that opportunity when I was trying to get into sports law,” said Clifton, who has been married to his wife, Robin, for 33 years. “There was a desire to work on the management side of things but there weren’t a lot of opportunities the same way there are today. When I was coming out of law school, front offices consisted of guys who may have started out as scouts and got elevated. The specialization that exists in today’s front offices that did exist at the time I entered the industry,” said Clifton who is the only lawyer to have ever successfully litigated a winning salary arbitration case on behalf of both a player and multiple teams during his career. “There have been a lot of incredibly bright people hired to fill different roles with teams, whether it’s in the area of analytics, health, conditioning, it’s all become a major part of sports. For me, after finishing law school, the only way to get into the business was from the agent side and I worked as a lawyer for five years before I broke in.”

That said, Clifton pointed out that the level of sophistication now on both sides of the equation – players and front office – has reached unprecedented levels, changing the ways deals are negotiated. He is amazed by the knowledge and focus of each team in their preparation and presentation of modern-day analytics in their case presentation. And the plethora of information that both sides bring to the table is representative of the power struggle that goes on when signing or re-signing a player or settling an arbitration case.

“It’s interesting from an agent’s perspective because the more information you have about a player, you can see what his strengths and weaknesses are and that can only be an asset,” Clifton said. “The Player’s Association has always done a great job representing the players and that goes back to Michael Weiner, Don Fehr, Gene Orza and all the way back to Marvin Miller.”

Clifton says he misses certain aspects of his former life. The camaraderie with his clients, the time spent at the ballpark and working out deals for his players. However, he has no desire to return to that aspect of the job. He’s perfectly content working the way he has always worked and is thrilled to be able to provide representation options in so many different areas of the sports law world through the Lewis Brisbois platform.

“I’m 61 years old but I have to be honest, I feel like I am 21,” Clifton said. “I still work 12-hour days and I work seven days a week. I feel like I have been fortunate in my adult work life. I’ve been able to do something I enjoy on a daily basis.”

And it appears that Clifton’s love for his work will not end any time soon. 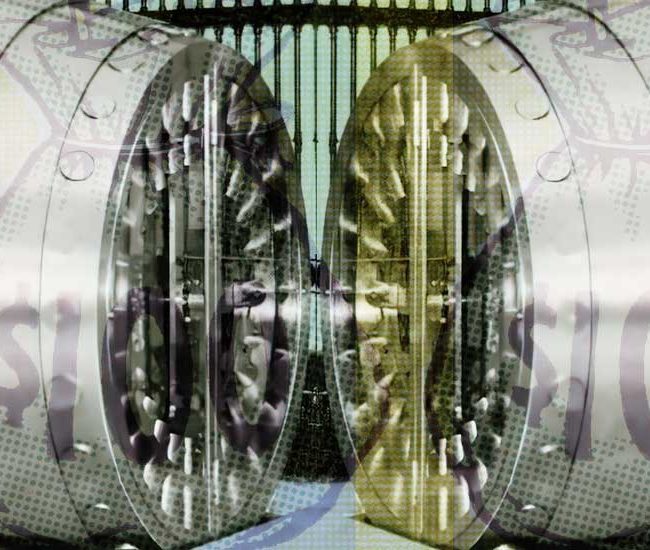