Baseball is an ever-evolving sport.

What the game looked like in the 1910s is totally foreign to what the game looked like in the 1960s. Likewise, today’s game—for better or worse—would be unfathomable to those who played in the 1940s. That’s why it’s so interesting when there are players who are able to link eras the way Al Benton did. Benton pitched from 1934-1952 with a two-year interruption while serving our country in World War II. He made two All-Star teams, but for the most part had a non-descript career. That is, with one supremely interesting curiosity: Benton is the only pitcher that could say he faced both Babe Ruth and Mickey Mantle.

Ruth’s career started in 1914 and Mantle’s ended in 1968. Benton happened to catch Ruth at the end of his career when he was a young pitcher and ran into Mantle in one of the final games of his own career. Interestingly, Benton also holds a Major League Baseball record that’s impossible to break. He’s the only player to have two sacrifice bunts in the same inning. These are the kind of things you learn at BallNine and in The Stud 400, so here’s to Al Benton. You may not have known him before reading this article, but now you can put his name in the Baseball Encyclopedia of your mind and impress your friends at the local pub.


And now, here’s Episode XX of The Stud 400, featuring artwork by Will O’Toole. 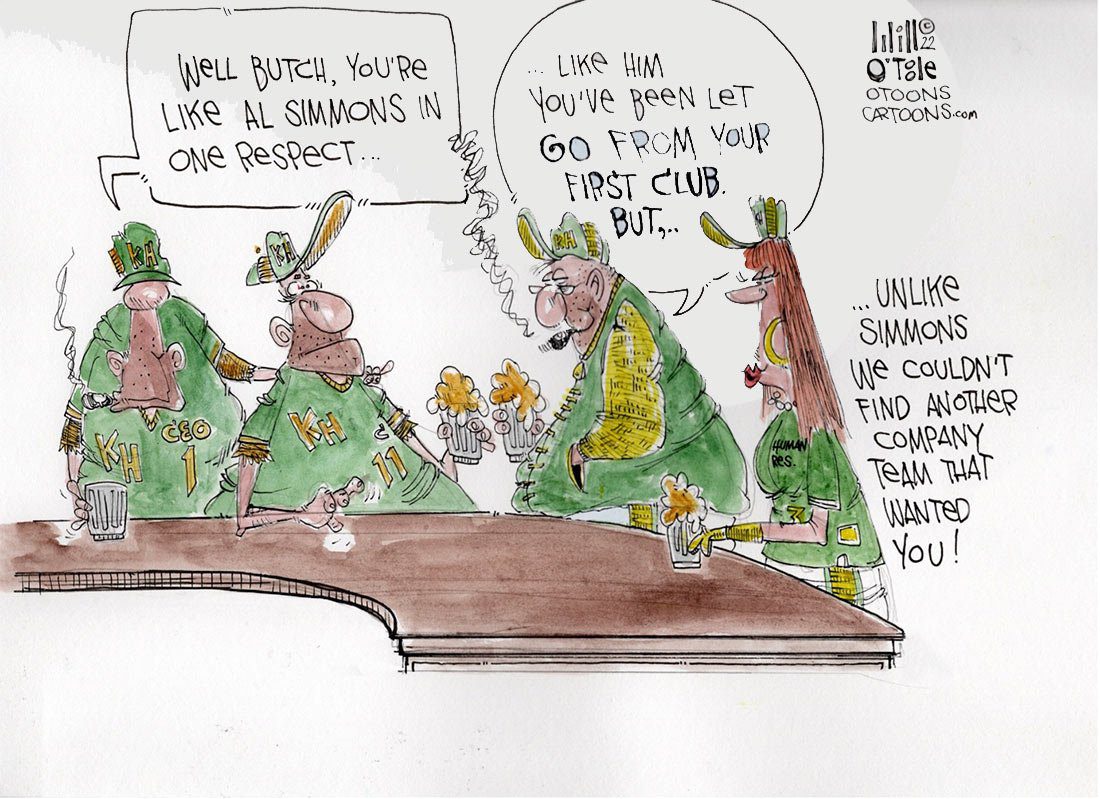 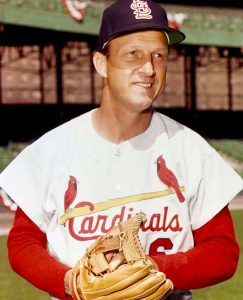 Sometimes if you want things done, you have to do them yourself. Going into the last game of the 1952 season, Musial was leading the National League in batting and the only person with a mathematical chance to catch him was Baumholtz. The baseball Gods must have seen this coming as the Cardinals faced Baumholtz’s Cubs on the final day of the season. Cards manager Eddie Stanky, in a pretty impressive stroke of marketing genius, declared that Musial would not only win the batting title from the box, but that he would also clinch it on the mound by coming in as a pitcher to face Baumholtz himself. Sure enough, Stan the Man came in for Baumholtz’s final at bat. Musial induced a first-pitch grounder to third, which was muffed for an error. He won the batting title—something that had been clinched by that point in the game anyway—but didn’t like the idea of having to pitch. It would be the only pitch Musial would throw in his career.

To get Morgan, the Reds shipped Lee May and Tommy Helms to the Astros and that just about sent Reds fans into a frenzy. Morgan had been in the league for parts of nine seasons and hadn’t exactly set the world on fire. He was an All-Star for two years, but owned a .263 career average with 61 home runs through his age 27 season while striking out a ton for the time period. Cincinnati Enquirer writer Bob Hertzel had the great line that sending May and Helms to the Astros was like the United States trading Dwight Eisenhower to the Germans during World War II. What Morgan did provide though was speed and defense and surrounding him with All-Stars proved to be just the boost Morgan’s career needed. He was an All-Star each of his eight seasons in Cincy and won back-to-back MVPs and World Series titles in 1975 and ’76. The fans may have been pissed at the time, but, yeah, the Reds got this one right. 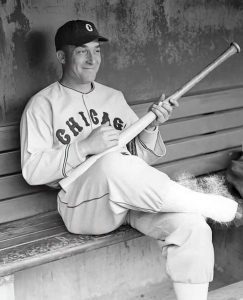 Bucketfoot Al seems to be one of the more underrated superstars of the pre-War era, which is understandable when you’re a contemporary of Babe Ruth, Lou Gehrig and Rogers Hornsby. Simmons finished in the top five for American League MVP in his second, third and fourth seasons in the majors and had six top 11 finishes in his 12 years for the Philadelphia A’s. He won two rings as a leader for Connie Mack and his 162-game slash line through 1932 was 27/152/.358 with a .990 OPS. Simmons was a bonifide star, which made it shocking when he was sold to the White Sox in September of 1952. Coming off a year in which he led the AL in hits and two years removed from batting .390, the future Hall of Famer was sold off along with Mule Haas and Jimmy Dykes as Mack broke up his legendary A’s in the name of cost savings. 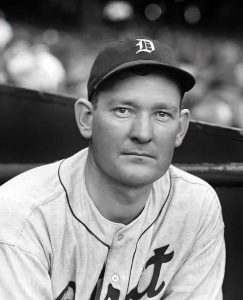 Benton is the only pitcher “lucky” enough to face both Ruth and Mantle. Benton squared off against Ruth 16 times (the first coming as a rookie in 1934) and The Babe was only able to get the ball out of the infield four times against Benton—one hit and three flyouts. Officially, Ruth went 1-13 with three walks against Benton; pretty impressive even if Ruth wasn’t at or near his peak. Benton stayed in the Majors until 1951 then pitched his age 40 season in the Pacific Coast League. He returned to the Big Leagues in 1952, appearing in 24 games for the Red Sox as a reliever. The game that landed him a spot in baseball history came on July 2, 1952. Benton was eventually called on to get the final out of the seventh inning in the middle of a Yankee rally. He stayed on to pitch the last two innings, getting Mantle to line out to him in the eighth. He faced Mantle one more time a month later and retired Mantle on a bunt attempt—yes you read that right. 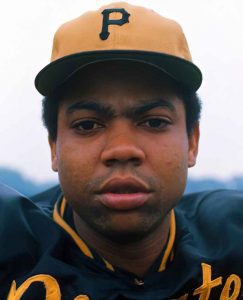 If a pitcher told you that he thought the home plate umpire was Richard Nixon and at one point he thought Jimi Hendrix was at the plate swinging a guitar instead of a bat, you’d probably ask him what drugs he was on. In the case of Ellis, the answer was LSD. Ellis had lost track of the days of the week thanks to an alcohol and drug binge on an off day. He woke up from what he thought was a nap and took LSD on what he thought was the same off day. Only issue was that it was the next day and he was scheduled to pitch against the Padres. Despite being, as he put it, “as high as a Georgia pine,” Ellis was effectively wild enough to somehow get through the game without allowing a hit. He did walk eight and hit a batter and was saved by fantastic plays by Bill Mazeroski and Matty Alou, but let’s give credit where credit is due. It’s hard enough to throw a no-no as it is. Being in a state of mind where you think you scored a touchdown in a Major League Baseball game and somehow also throwing a no-hitter that game is a different level. 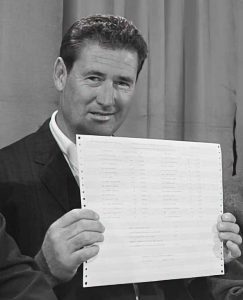 When Ted Williams talked, people generally listened. There weren’t many people whose words carried as much weight as The Splendid Splinter when it came to baseball and on July 25, 1966, he had a platform and a microphone with the eyes of the baseball world on him. It was a historic induction day at the Baseball Hall of Fame and Williams used part of his speech to advocate for the inclusion of Negro League stars in the Hall of Fame. “I hope that someday, the names of Satchel Paige and Josh Gibson can … be added to the symbol of the great Negro League players that are not here only because they were not given a chance,” Williams told the crowd that day. In 1969, a committee was formed and deserving Negro League players began to take their rightful place in Cooperstown, albeit at a slower than ideal pace of about one per year. Today, there are 37 Negro League players in the Hall of Fame and it was the very public nudge from the powerful Williams that helped get the ball rolling.

Stay tuned for next week’s episode of The Stud 400 when we check in with Gettysburg Eddie, take a ride on a Mantle Missile and examine what could have been a very different legacy for two of the game’s all-time icons.

previous article
Moneyball at 20
next article
King of the Hill 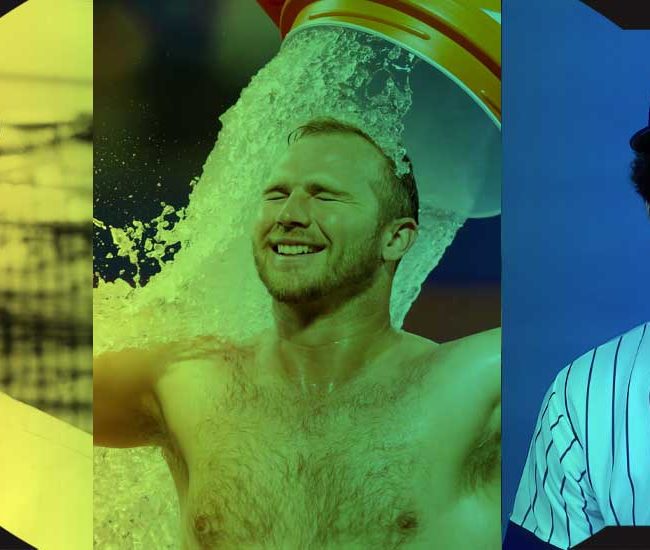 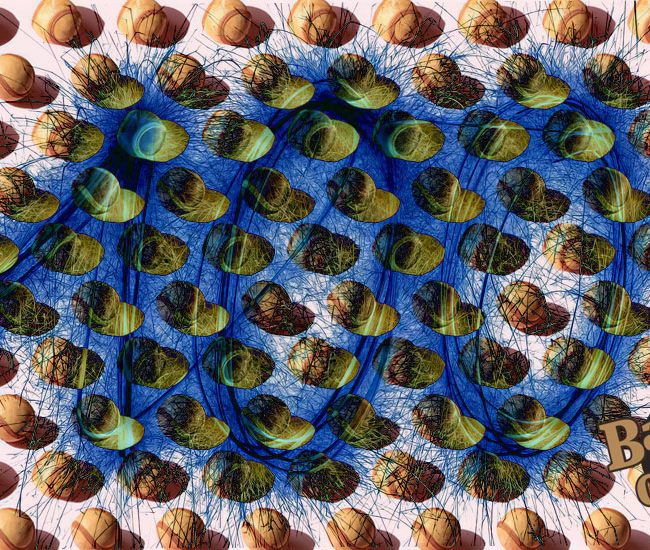