The Team to Beat 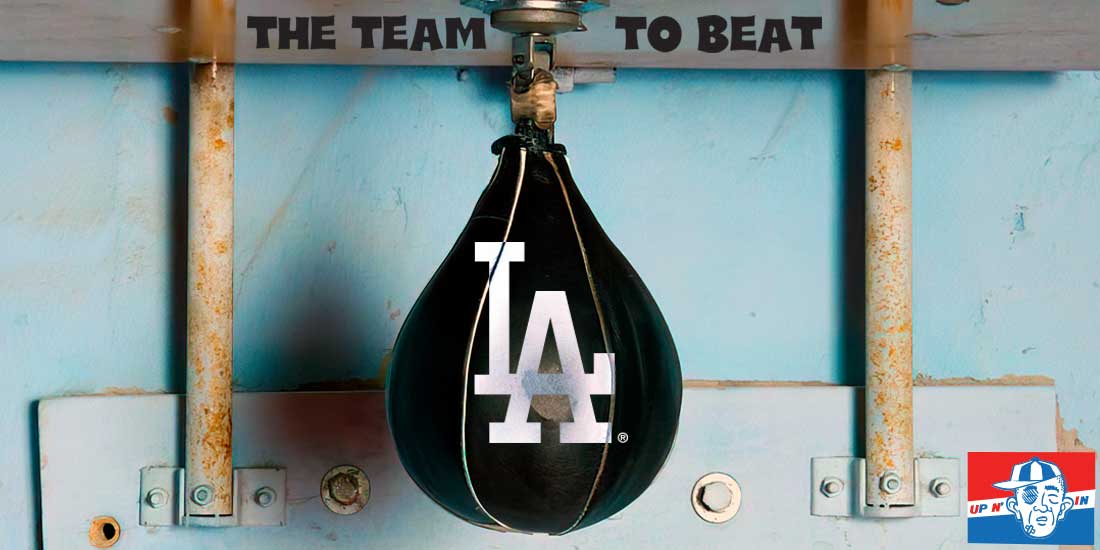 Almost every baseball fan keeps at least one eye on the standings throughout the season, to track where his or her team finds itself among its division rivals – and league rivals – in terms of performance and playoff probabilities.

Beyond basic playoff probabilities, you have home field advantage considerations – and this year, you even have bye week considerations. Welcome to playoff basketball, hockey, and football in the form of baseballs, bats, and gloves. It’s about time this sport caught up with all the others for the postseason run. What’s a good postseason without team seeding, bracketology, home field advantage, and the ever coveted bye week?

Even in the midst of wondering what it’ll be like to have a (yet again) new format for the MLB playoffs this year, you have to think about which teams may be the teams who earn the bye week and home field advantage – and any other up sides that may emerge from the new playoff format.

Every week of the baseball season about a dozen sports sites and media sources drop a new power ranking for the best teams in the league at that moment in time, and this year the Yankees, Mets, Dodgers, and Astros have occupied the top four positions in most of those rankings, most weeks. Some weeks one or two of those teams have jumped in the rankings, some weeks one or two have slid in the rankings. But overall this season, those four have (allegedly) been the teams to beat. 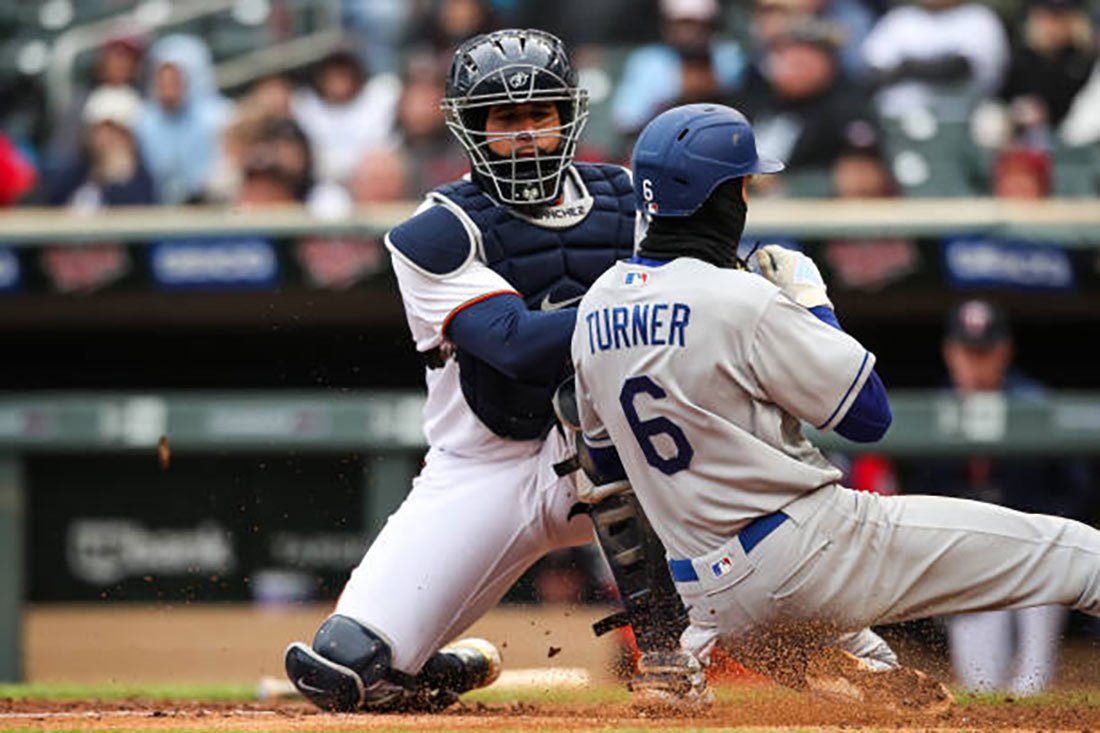 Gary Sanchez #24 of the Minnesota Twins tags out Trea Turner #6 of the Los Angeles Dodgers sliding into home plate in the fifth inning of the game at Target Field on April 13, 2022 in Minneapolis, Minnesota. The Twins defeated the Dodgers 7-0. (Photo by David Berding/Getty Images)

Sure, the Orioles have been surging, the Cardinals and Brewers have been duking it out for the NL Central, and the Braves gave Mets fans a bit of a scare over the past few weeks. The Padres undoubtedly won the trade deadline – and lost Fernando Tatis, Jr. – but either way, they remain many games back in their division. Because no matter what, the one team that seems to have weathered all the storms this season is the team that traded for Joey Gallo at the trade deadline – and has made multiple headlines since: the Dodgers. They look like the team to beat.

So what’s made this Dodgers team so successful so far this season?

They certainly have joined the majority of other teams in the pitcher injury category. As of this writing, Walker Buehler hadn’t pitched since June 10th and is now headed for season-ending surgery. Clayton Kershaw’s back has been acting up again and he’s already missed weeks of the season because of it. A shoulder injury cut into Andrew Heaney’s season and he’s only made a limited number of starts. Blake Treinen last pitched April 14th. Daniel Hudson tore his ACL on June 24th. Tommy Kahnle, back from Tommy John surgery, returned to the IL after only four starts. Brusdar Graterol missed a month.

And to top off that lofty list, Craig Kimbrel has barely thrown a clean inning this year.

Nevertheless (again as of this writing) Dodgers starting pitchers lead the majors with a 2.96 ERA and 1.067 WHIP. Overall pitching WHIP (including relievers) is 1.063 and overall strikeouts per nine innings is 8.8 per nine. Talk about a team with some pitching depth.

Between Julio Urias, Tony Gonsolin, Tyler Anderson, Evan Phillips, Yency Almonte, and Caleb Ferguson, the Dodgers have sufficient starting and relief pitching to hold down the fort till some of those on the IL make their way back to the active roster. So, in other words, expect the overall pitching to get even better – and not worse. 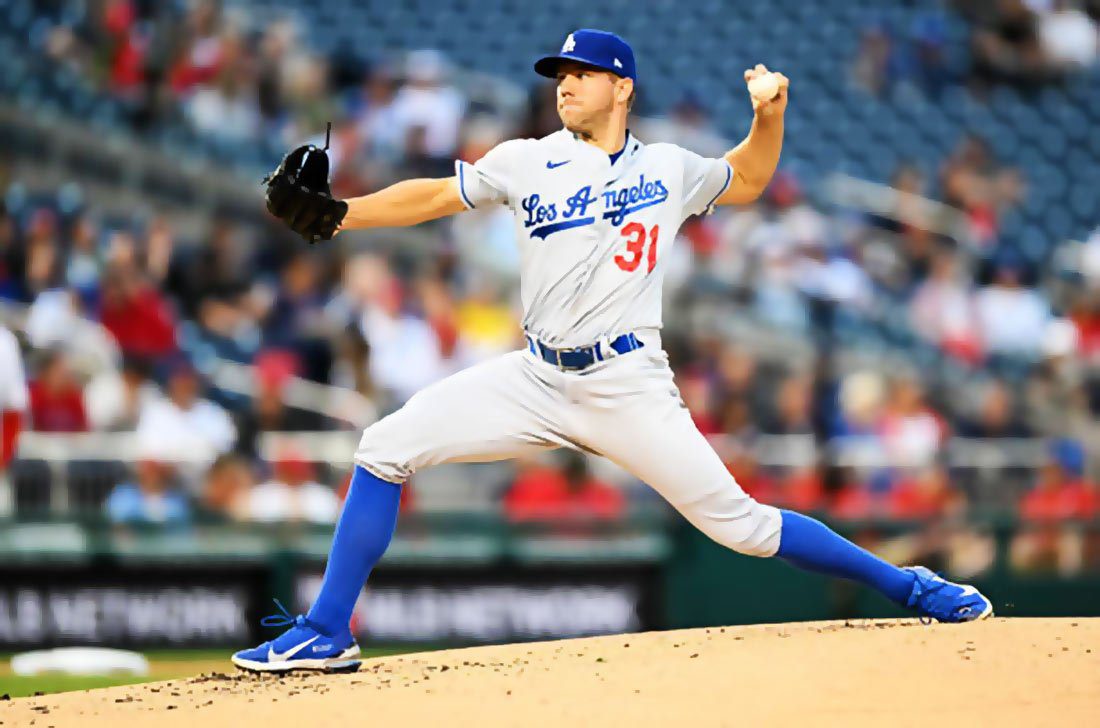 Tyler Anderson #31 of the Los Angeles Dodgers pitches in the second inning against the Washington Nationals at Nationals Park on May 23, 2022 in Washington, DC. (Photo by Greg Fiume/Getty Images)

Most surprising about the pitching effectiveness has been that the players on the mound who’re currently keeping their team ahead in the race for best league record are definitely not household names. Sure, just about everyone knows who Clayton Kershaw and Walker Buehler are. But Julio Urias? Yency Almonte? Caleb Ferguson? Something somewhat unexpected is happening in Chavez Ravine. 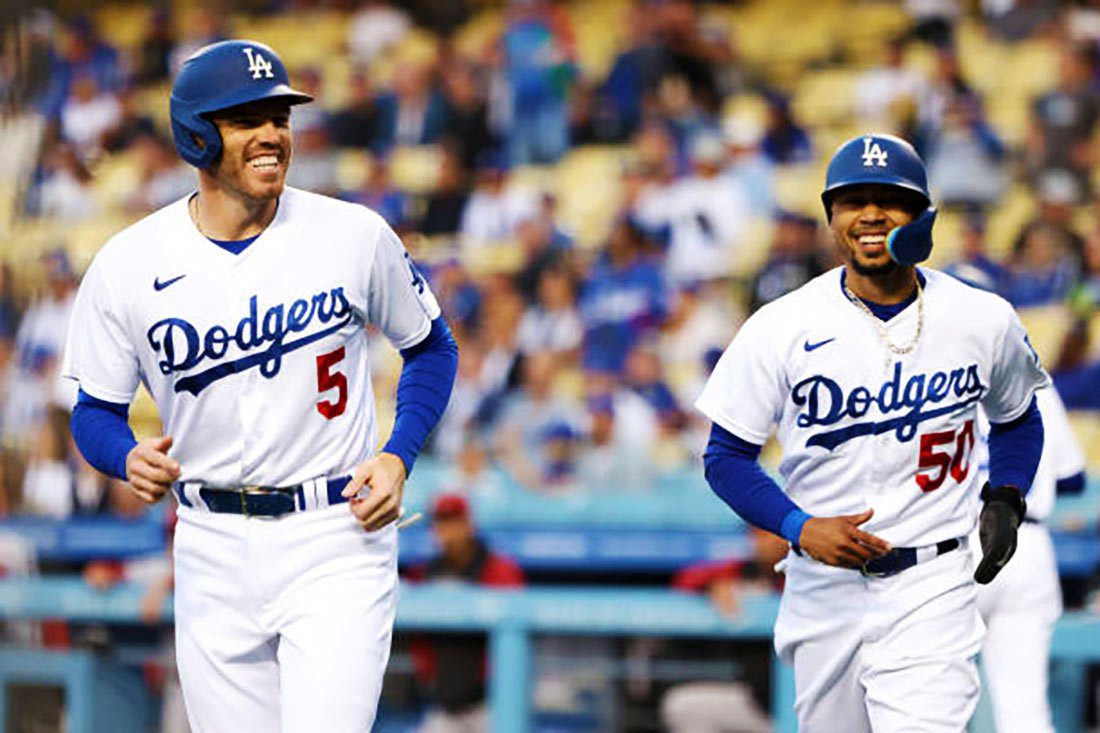 Freddie Freeman #5 and Mookie Betts #50 of the Los Angeles Dodgers react after scoring on a two-run single off the bat of Trea Turner during the first inning in game two of a doubleheader against the Arizona Diamondbacks at Dodger Stadium on May 17, 2022 in Los Angeles, California. (Photo by Katelyn Mulcahy/Getty Images)

Last Friday night, the Dodgers starter was perfect into the sixth inning against the Kansas City Royals, and he carried a no-hitter into the seventh. The Dodgers went on to win their 11th game in a row. Who was that starter? Tony Gonsolin, who emerged from that game with a rather remarkable 14-1 win stat (so far) on the year and an ERA of 2.24. Gonsolin had entered the All-Star game this season with an ERA of 1.62, and has faltered a bit since – but not on Friday night.

It didn’t hurt that Kansas City used multiple rookie pitchers in the game and eventually they got lit up by the Dodgers’ tough offense; but the Dodgers’ winning record on the year demonstrates that it’s not just the weaker teams that are falling victim to their all-around solid play – they don’t discriminate when it comes to whom they beat. Though the Dodgers did fall prey to Kansas City starter Brady Singer’s strong pitching on Saturday, they won the series on Sunday.

Earlier in the season there was quite a flap over Dodger manager Dave Roberts attempting to use a position player to pitch when – according to the rule book – the team wasn’t down by sufficient runs to put a position player on the mound.

Reliever Evan Phillips then began warming up in the Dodgers’ bullpen, and he was told he needed to come to the mound and complete his warm-up tosses there because he was supposed to have warmed up between innings to get ready to pitch the ninth; and the game wasn’t going to be held up for a reliever’s warm-up throws when he wasn’t coming in to replace an injured pitcher. 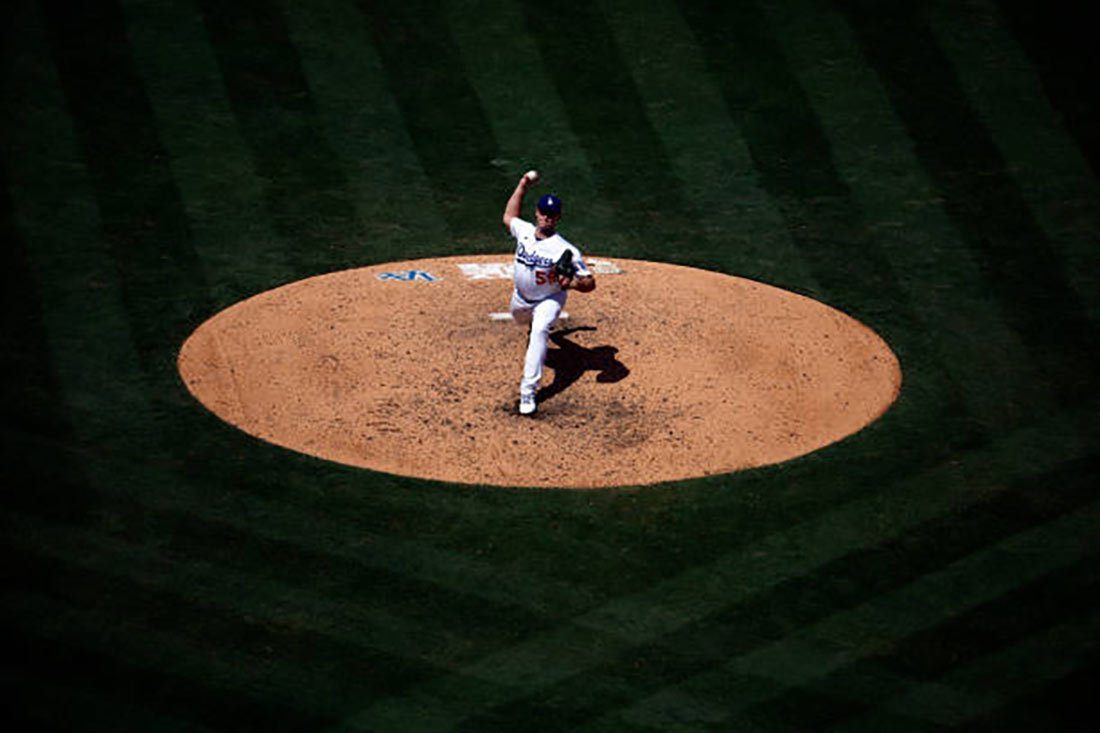 Evan Phillips #59 of the Los Angeles Dodgers throws against the Arizona Diamondbacks in the ninth inning during game one of a doubleheader at Dodger Stadium on May 17, 2022 in Los Angeles, California. (Photo by Ronald Martinez/Getty Images)

This all happened early enough in the season that the Dodgers hadn’t yet surfaced as the dominant force they’ve proven themselves to be since, and I’m doubtful that it would have unfolded any differently now; but lapses like what occurred in that game tend to fade into the background when a team has the best record in MLB and goes on ten-game winning streaks as if it’s the normal course of events.

Imagine if that episode happened today, in mid-August, to a team struggling to maintain a winning record. The game was going to be lost either way; but how it was lost is the story. And stories like that mistake by Roberts tend to have more staying power when a team doesn’t become a force with which to be reckoned after the fact.

Baseball lore is rife with stories of teams that have had the best record in the league and yet don’t go on to win the World Series. The real proving ground happens in the postseason, and Cinderella stories abound. Winning a championship isn’t able to be reduced to regular season records; it’s about who’s hot and who’s not during the playoffs and who has the most or fewest injuries and whose manager and coaches are the shrewdest – and let’s all face it: it’s about a little bit of luck, too.

Will that all be going the Dodgers’ way this year? There’s no way to know. Dodgers ownership tends to put a good product on the field every season and yet there’s been only one World Series win for the Chavez Ravine team (against the Tampa Bay Rays in 2020) since 1988. But certainly this season, the Dodgers look like the team to beat. How the new playoff format will affect those odds will be interesting to observe, and who may emerge as their best opponents may surprise us. Until then, all we can do is watch – and wait. 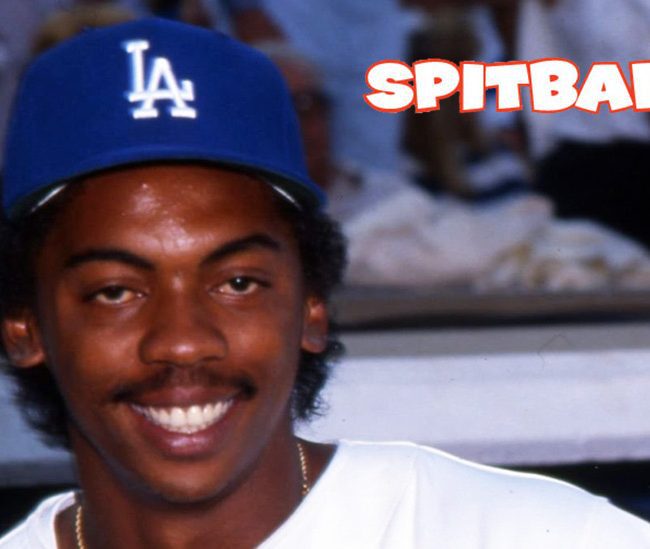