Voter fraud is nothing to joke about and The Stud 400 is here to support voter rights.

In this country, we have learned that voting shenanigans erode trust among the public. It puts people in positions where they shouldn’t be and causes people in power to make drastic decisions to prevent what they perceive as possible future voting problems.

We have learned all about vote harvesting, fake ballots being printed with candidates already checked off and even trading votes for beer.

No, The Stud 400 is not jumping into the political septic tank; we’re talking about the Reds and the 1957 All-Star Game Ballot Stuffing Controversy.

For the first 23 All-Star Games, fans voted for the position players having the best seasons and things were taken pretty seriously. The game meant a lot and when looking back, fans usually got it right. Things changed in 1957 when a concerted ballot-stuffing effort around Cincinnati resulted in seven of the eight Reds position players being named to the starting lineup.

The only position that wasn’t won by a Red was first base, where Stan Musial barely held off George Crowe. When the results were announced, Hall of Famers Hank Aaron, Ernie Banks, Eddie Mathews, Willie Mays and Gil Hodges were going to have to play backup to Don Hoak, Roy McMillan, Gus Bell and Johnny Temple.

And now, here’s Episode XXIV of The Stud 400, featuring artwork by Will O’Toole. 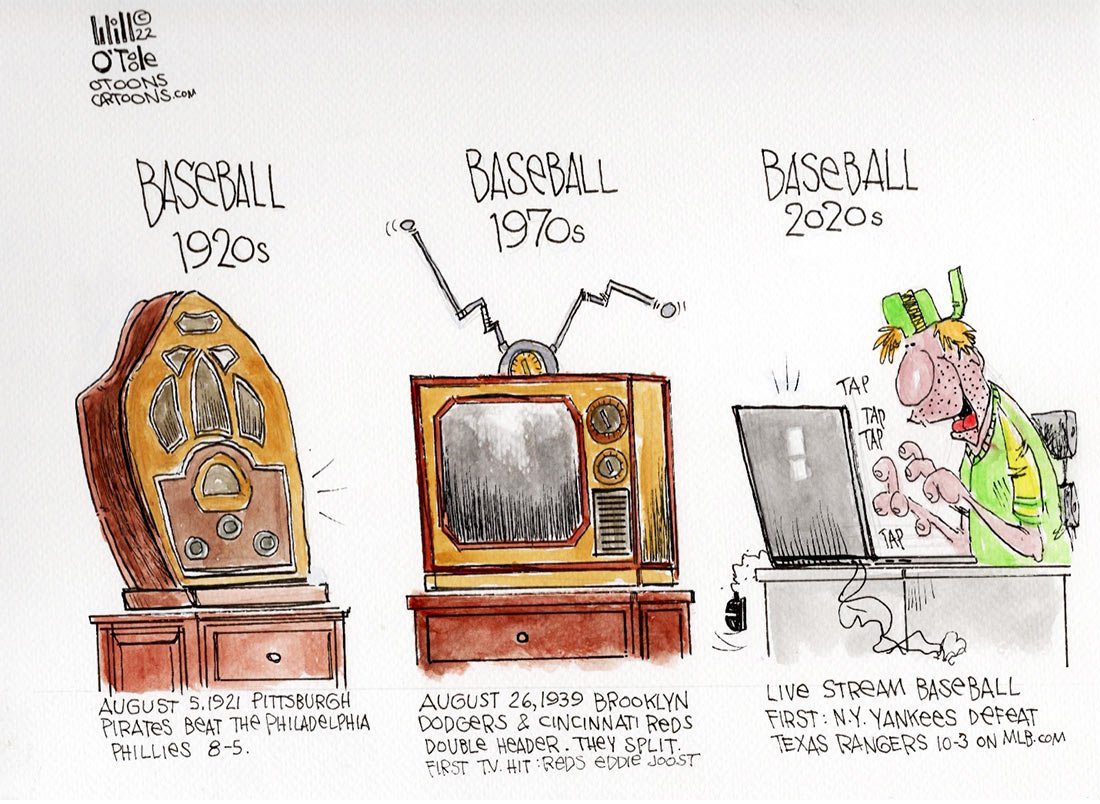 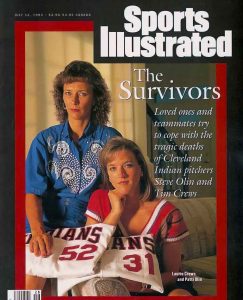 An unfortunate reality of the fabric of baseball is that there are many tragic incidents that dot the sport’s history. There have been 87 players who died while active Major Leaguers and most have been shocking in nature. One of the more tragic accidents happened during Spring Training when Indians closer Steve Olin and reliever Tim Crews were killed in a horrific boat accident when the boat, which was captained by Crews, slammed into a dock. Bobby Ojeda suffered severe head injuries and attributes the fact that he was slouching in his seat as the reason he survived. It was found that Crews was intoxicated at the time of the accident and that speed and darkness were also factors. 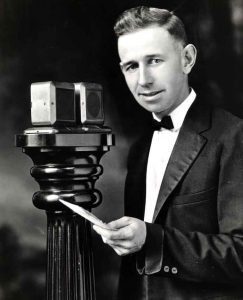 There’s always been something special about listening to a baseball game on the radio. Kids hid transistor radios under their pillows to listen to night games and sneaked them into school when that was the thing to do. Fans have been brining hand-held radios to the ballpark for decades. Putting the ballgame on the radio during a barbecue, while on the beach or on a long drive are all fantastic summer traditions. The game is absolutely perfect for radio broadcast and some of the best announcers to sit behind the mic came from that form of media.

So when did it all start? The Stud 400 has that answer: August 5, 1921. The Phillies were in Forbes Field to take on the Pirates and KDKA was going to experiment by broadcasting the game on the radio. Announcer Harold Arlin sat in the stands with a makeshift telephone that was used as a microphone and simply described what he saw. Unfortunately, no recording of the game is known to exist. Possum Whitehead and the Pirates topped the Phillies 8-5 that day. The first home run broadcast on the radio was appropriately hit by Dead Ball Era home run hero Cy Williams. Incidentally, Arlin became the first person to call a tennis match on the radio the very next day and was on the call for the first college football game ever broadcast later that year. 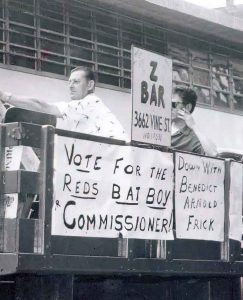 The ballot-stuffing controversy of 1957 had lasting implications and we’re not just talking about the trauma of having to watch Ernie Banks sit on the bench while Roy McMillan started the All-Star Game. An intentional effort by Reds fans to vote the entire starting lineup into the All-Star Game was nearly successful as seven of the eight starters from the 1957 Reds were voted to start the Midsummer Classic. Aside from Frank Robinson, just about everyone else from the Reds didn’t belong. The National League was stocked with legends like Banks, Mathews, Aaron, Mays, Hodges and Schoendienst, but none could overtake their inferior contemporaries. Ballots were pre-printed with Reds already checked off, newspapers held drives to vote their hometown Reds in and rumor had it that at least one bar refused to serve patrons their drinks unless they cast a ballot for the Reds.

When it was done, more ballots had come in from Cincinnati than all other National League cities combined. Commissioner Ford Frick stepped in and overruled the fans, naming Mays and Aaron to the starting lineup. He also took away voting privileges from fans–a sanction that lasted until 1970. 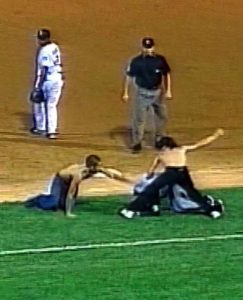 Whether you like it or not, fans running on the field during sporting events has been a pretty common occurrence over the years. Hell, Morganna and her giant breasts essentially made herself into a brand by doing it. Almost all end with the idiots being tackled to the ground and carted off to face legal consequences, but an ugly incident in 2002 had a different conclusion. While coaching first base for the Kansas City Royals, Tom Gamboa was attacked by a father-son combination of losers who leapt out of the stands. Fans running on the field is commonplace, but attacks of uniformed personnel are not, which made the event quite shocking. Luckily, both teams stormed out of the dugout to the aid of the beloved Gamboa, but not before the duo did some damage. Blindsided while standing in the first base coach’s box, Gamboa took blows to the head and was knocked to the ground before he even knew what was happening. It wasn’t until the fracas was quelled that Gamboa found out that it was fans who ran out of the stands to attack him. As a result, Gamboa lost partial hearing. Not surprisingly, the trash father-son combo who attacked Gamboa have been in and out of jail for a number of other reasons over the years. 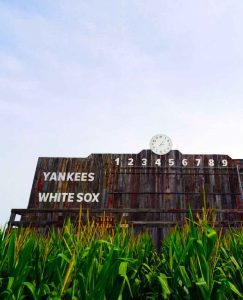 Rob Manfred is a jackass who seems to be actively trying to kill baseball. This is why it’s nearly unfathomable that Major League Baseball came up with something as perfect as the Field of Dreams Game under his watch. How much involvement Manfred actually had in coming up with this event is up for debate. Taking their cue from the movie Field of Dreams, Major League Baseball carved a field out of a cornfield in Dyersville, Iowa, just a few hundred feet from where the movie was filmed.

After some delays, the first game in the Field of Dreams Series was played between the White Sox and Yankees with the nostalgia, sights and sounds of a game played during the Dead Ball Era. The game itself was fantastic as Manfred likely ordered his spring-loaded baseballs to be used that night. Eight home runs were hit, including a walkoff by Tim Anderson off Zack Britton. It was the 15th walk-off home run a White Sox player had hit against the Yankees, with the first appropriately being hit by Shoeless Joe Jackson. The series continued in 2022 with a game between the Cubs and Reds but has now been shelved as there will be major construction happening at the site as they expand their facilities. There is hope that the series will return in the not-too-distant future. 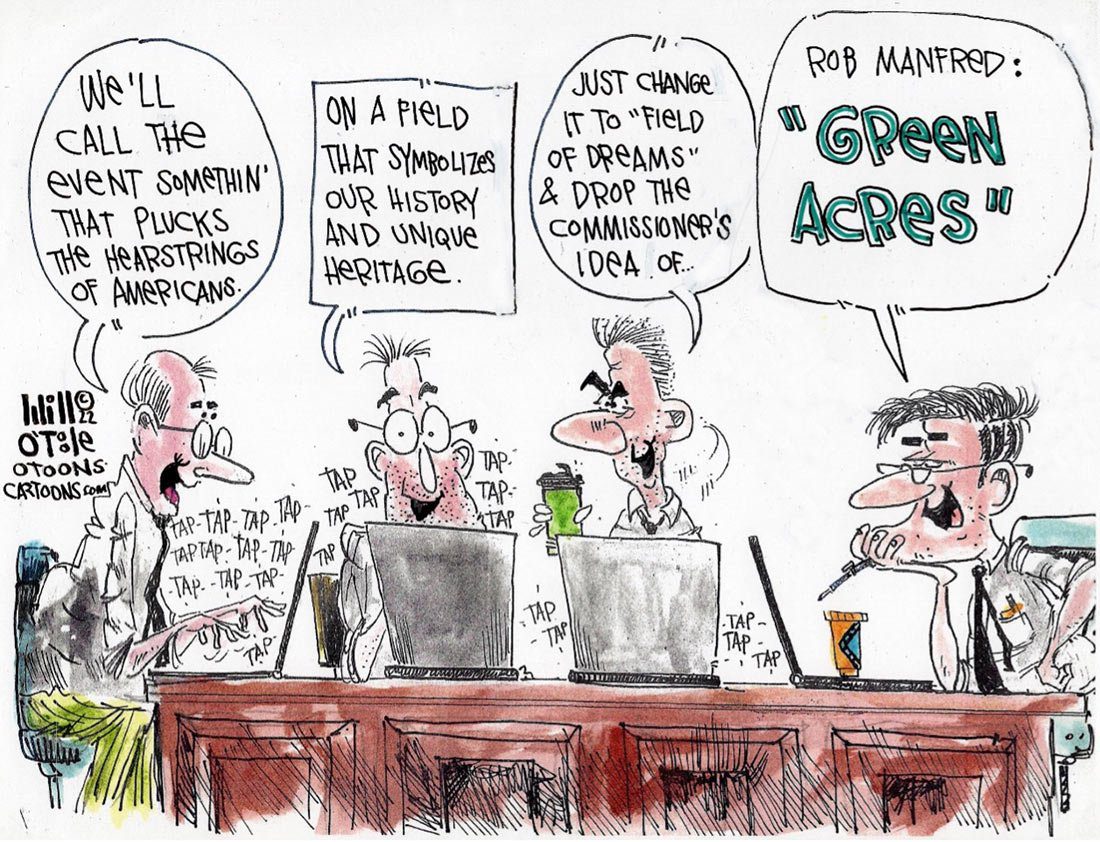 Stay tuned for next week’s episode of The Stud 400 when we examine the mystery of Jimmie Foxx’s 1932 season, make some history with Lefty and Doc and pack our bags for the Cream City. 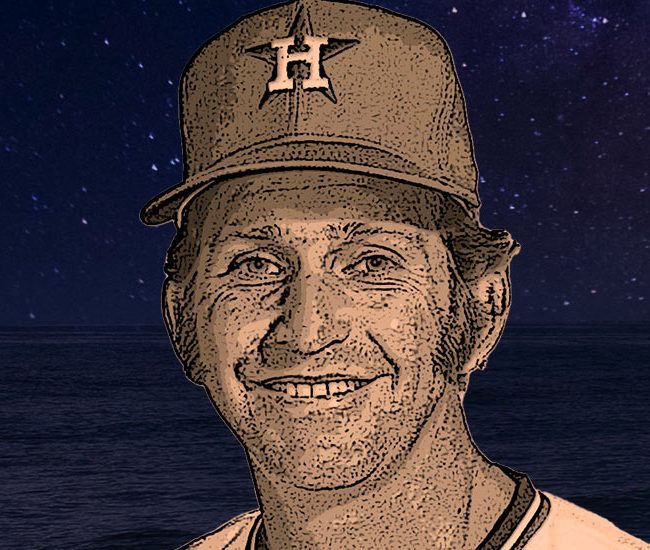 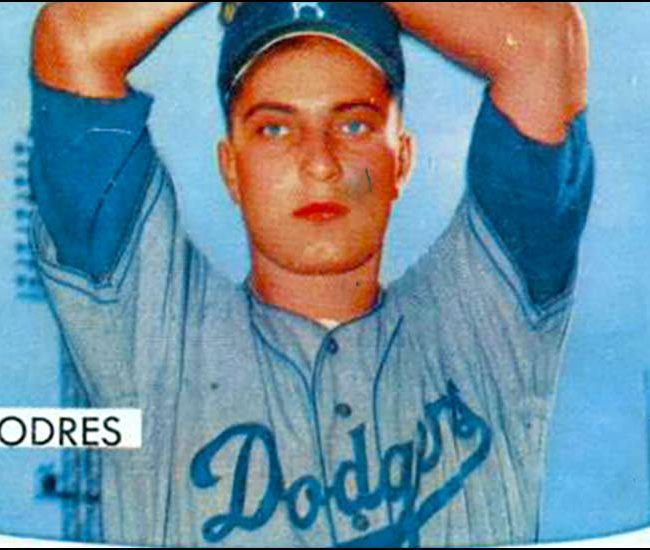