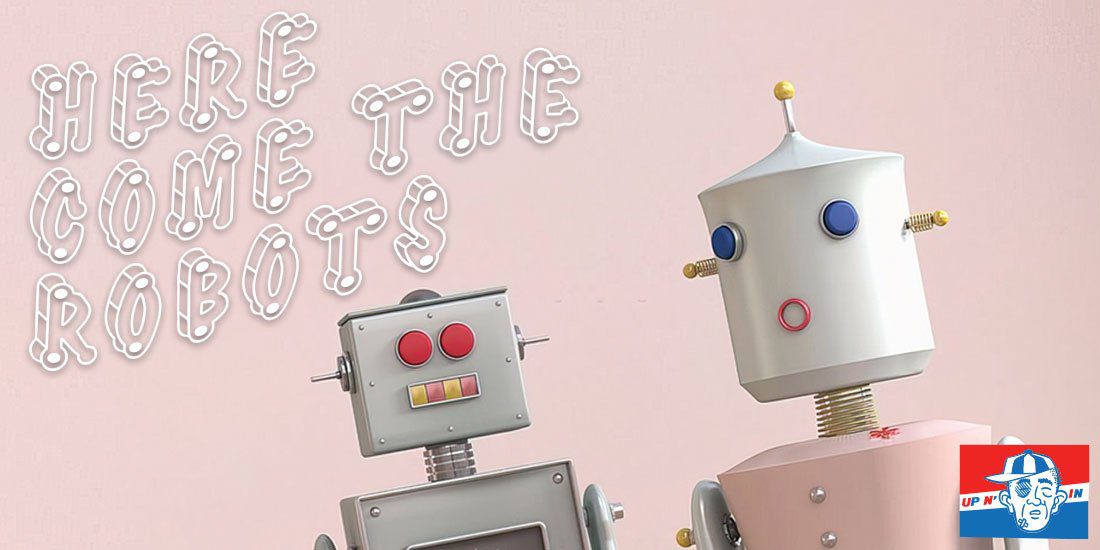 Umpires aren’t robots. Well, then again, maybe they should be.

Interestingly, although today’s MLB umpires are graded on each ball and strike call they make per game, they aren’t perceptibly better at discerning balls and strikes (at least, according to most fans) than they were before the grading system began.

But that’s because the way the grading system works, a certain margin of error is allowed per ball or strike call – and it’s a margin that many observers both in the game and outside it find questionable.

As ESPN’s Jeff Passan explains, “Balls and strikes are supposed to be binary. If a pitch is in the zone, it’s a strike; if it isn’t, it’s a ball. The league, in its appraisal of umpires, takes a different approach: It bakes in a margin of error on the edges of the zone when rating each game” (“How MLB umpire grades really work, and what it means for the future of balls and strikes,” Jeff Passan, May 2, 2022, ESPN+).

So then, as Passan notes, the strike zone you see on TV is not the same as the one the league utilizes to grade home plate umpire performance. And that’s where the disgruntlement on the parts of players, coaches, and managers begins; and the umpire disfavor among fans continues.

More from Passan: “Here’s how the league’s system works, according to sources: MLB employs a team of auditors to assist in its review of each game. The auditors set a unique strike zone for each player based on his setup in the batter’s box. The top of the strike zone is his beltline and the bottom the hollow of his back knee, both determined when he’s loading and preparing to swing. The margin of error is implemented off the corners — 2 inches on each side of the plate.”

By now, with publicly trackable data available on ball and strike locations, there have emerged multiple public watchdog sites – some on Twitter and some available via the web – that track where each pitch was thrown and how close to the measurable strike zone it was. And what they show (somewhat surprisingly, perhaps) is the ball and strike calling has improved since the umpire grading system was instituted. It’s still far from perfect, but it is better.

What these watchdog sites actually demonstrate is that since the advent of the digital strike zone being superimposed on screen for viewers – in almost every game, by almost every broadcast outlet – even narrowly missed calls look very damning to home plate umpires. Whereas if you turn back the clock 22 years, when there was no strike zone yet shown on screen during games, umpires were in fact generally doing a much worse job of missing calls; it’s just that you didn’t have a little box superimposed over home plate making it as obvious as you do today.

So, in the words of the old 1960s Virginia Slims commercials, “You’ve come a long way, baby.” But MLB is looking to come an even longer way. And that’s where the notion and practice of the robot ump, or Automated Ball-Strike system (ABS), comes into play.

In a story for BallNine called “MiLab” this past March, I detailed the experience of some players in the Atlantic League last season – which was asked by MLB, as an independent league, to experiment with the version of the ABS system available a year ago.

The TrackMan technology that powered the ABS system in 2021 in the Atlantic League didn’t care about intended, but missed, pitcher spots. It considered actual ball location alone. One could, of course, argue that whether the pitcher hit his intended target and how the catcher caught the ball should both be irrelevant; and all that should really matter is whether the pitch crossed the plate.

Craig Stem, a former Dodgers and Marlins farmhand who’s pitched all over the world, has heard that argument, though he doesn’t necessarily buy into it: “I think those people would change their mind if they saw it in action,” he said. “It’s pretty ugly to see.” (“MLB Just Tried a Bunch of Experimental Rules in the Minors. How Well Did They Work?” Ben Lindbergh and Rob Arthur, The Ringer, October 21, 2021).

The video clip I saw of a pitch delivered by Stem of the Atlantic League Rockers to a hitter of the Atlantic League Barnstormers made Stem’s point pretty clear. Technically the pitch crossed the very inside corner of home plate; but its angle was such that if a human umpire alone had called it a strike, Barnstormer fans wouldn’t have been very happy at all. “Maybe that ball clipped the zone,” said Stem, “but I missed my spot by two feet.”

This is one of the lessons of the current incarnation of “robo-umps”: fans may assume they’ll remove all question about ball and strike calls from the game since they’ll no longer be in the hands of human umpires; but truthfully, using the eye test even after the Trackman call was made, some of the same questions that have always existed in the game will just continue to do so. The technology, as of a year ago, still needed work.

Now, given that MLB has brought the “robo-ump” technology to some minor league Triple A ballparks for the 2022 season, this development is definitely worth continuing to watch. Upgrading the laboratory for the TrackMan technology from the independent leagues to the highest minor league level indicates that MLB has genuine plans to eventually incorporate it into MLB. And as we’re about to discuss, that “eventually” is looking like it’s going to be in 2024. Fans just have to hope it doesn’t turn into a “be careful what you wish for” situation – as according to 2021’s TrackMan technology, Craig Stem’s pitch #1 below is a strike. 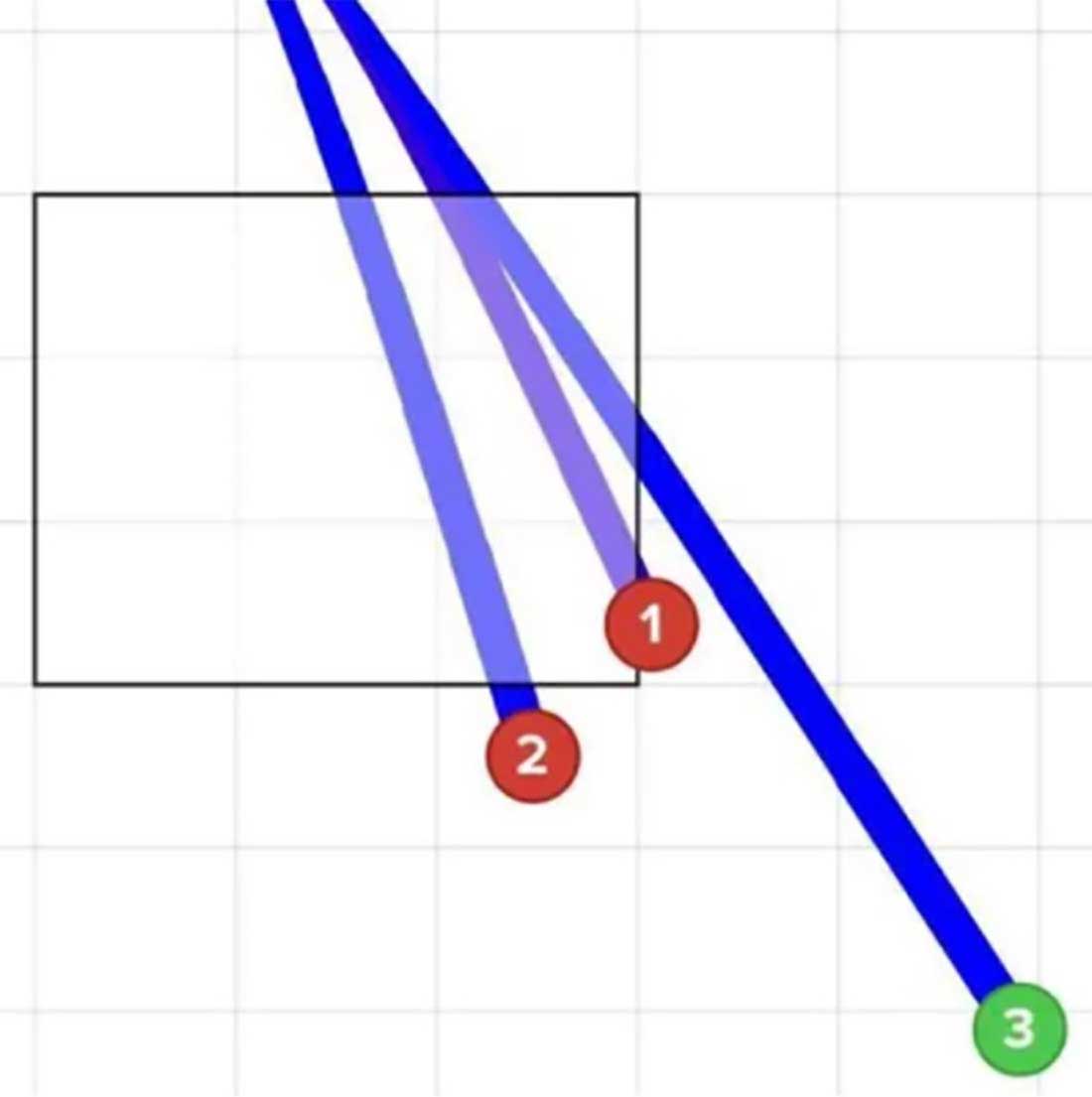 Image from The Ringer: “MLB Just Tried a Bunch of Experimental Rules in the Minors. How Well Did They Work?” Ben Lindbergh and Rob Arthur, October 21, 2021

“Human umps call that all the time, but typically only if that’s the spot the pitcher was going for and the catcher received it well,” Stem says. “The way it works with ABS (automated ball-strike system) is not the same.” The reaction from the fans was the same, though. “If an umpire called this pitch a strike, he would be booed out of the stadium,” Stem says. “People were even booing the TrackMan.”

This season, robo-umps are being used in some Triple A ballparks, and the claim is that the ABS system speeds up the game. Perhaps not as much as does the pitch clock, which is coming to an MLB ballpark near you in 2022; but it has an effect on game length nonetheless. This may be the league’s primary motivation for incorporating the ABS Trackman technology into Major League Baseball, but the side effect may be happier fans simply because the technology will make the call instead of a human umpire.

All of that is yet to be seen, however; as the automated call may look no “better” on TV than does the human call right now – at least, in some cases.

There are two ways the ABS system may ultimately be incorporated into the majors: one way would be to have the automated system completely take over the ball-strike calling and relay that call for each pitch to the home plate umpire. The alternative way would be to have it function more like it does in the VAR system in soccer or the Hawk-Eye system used in pro tennis, in which a human makes the call but each team gets a certain number of challenges adjudicated by the ABS system. 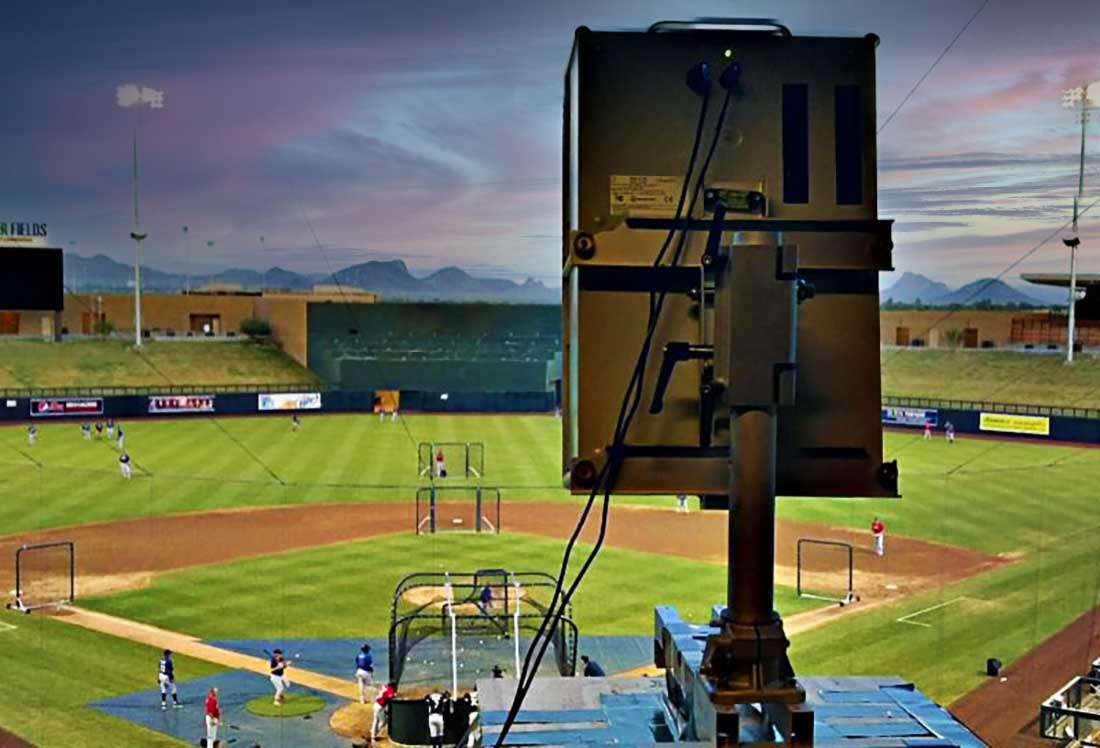 How it will be instituted is yet to be determined, but the league at this point isn’t spending all this time, energy, and money on experimenting with the system in the independent leagues and the minors just to have it suddenly fall off the grid. And the season that’s being considered for its incorporation is the 2024 season.

To briefly turn back to Jeff Passan: “In Florida State League games this season, MLB is allowing players to challenge umpires’ ball-strike calls by using the ABS system. Each team receives three challenges per game, and a hitter, catcher or pitcher can call for one. When a ball or strike is contested, the umpire turns toward the press box, where the ABS call is relayed. In an early sample, according to MLB, hitters challenged 82 calls and saw only 34 overturns — a 41% success rate. Pitchers and catchers challenging haven’t fared much better, with just a 44% of calls changed (32 of 72).”

These were the stats from this past June, not even halfway into the regular season; but as pointed out by Craig Stem a year ago, neither the people on the field nor the fans may ultimately be that much happier with the final, adjudicated call by the Trackman technology.

Now, you may argue that the little strike zone box on your TV screen is what took the fun out of the game and is what forced the league’s hand in even trying the Trackman technology; but it was bound to happen anyway, with the advent of similar technologies being used in other sports.

The real question is probably less about whether it will save time in games and bring new accuracy to the pitch calling, but more about how automated the game of baseball should become. Yet that’s probably a question for another day, as we’re seeing more and more digitization and automation across all sports at all levels. And at least for now, in any event, we can continue to hold the home plate umpire accountable – so enjoy it while it lasts.

previous article
The Pickoff Artist
next article
Like a Hurricane 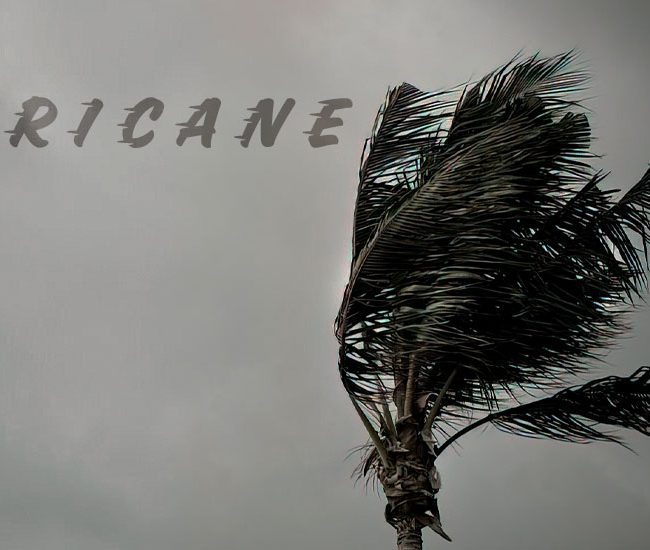 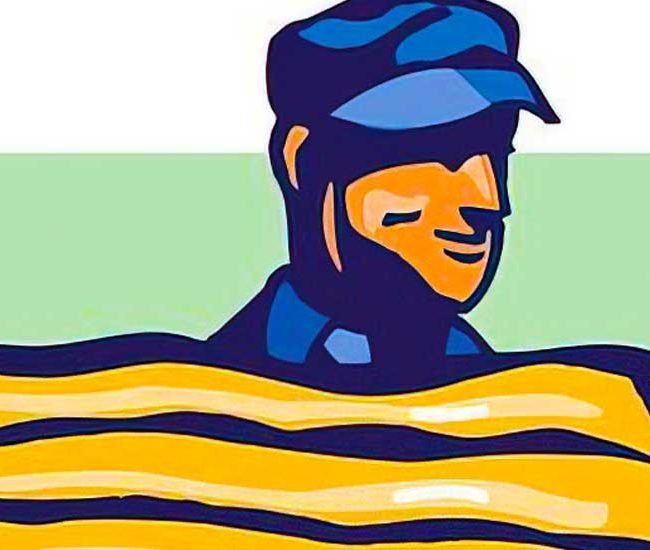