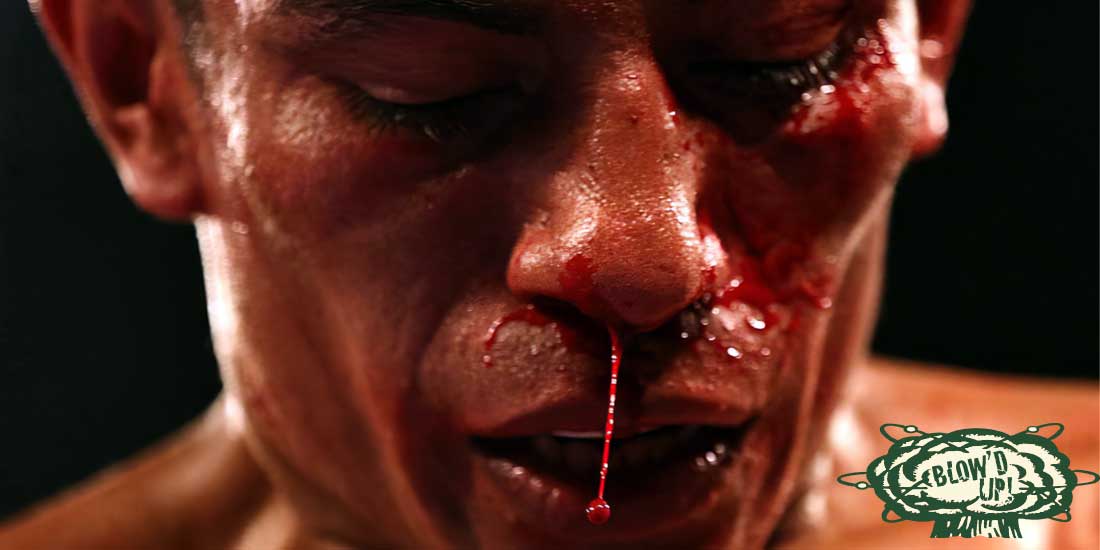 As the Phillies and the Astros prepare for game four of the World Series, we here in Mudville reflect on yet another year that has passed with no joy for us Yankees fans.

Spring training gave us hope yet we knew our Yankees team was flawed. A supersonic blast out of the gates and into early July had us planning a parade, comparing our squad to the greatest ever and making room on the mantle for yet another Piece of Metal. Life was grand.

The All-Star break came and went, and August was a disaster causing us to scratch our heads at the trade deadline moves as the think tank chose the B-Side of every record hoping to show the world they were again smarter than everyone else despite over a decade of evidence to the contrary.

Yet we continued to believe. Maybe we were distracted by the epic season of Aaron Judge and his chase to become the all-time leader in home runs by an American Leaguer. As an aside, you can bring up the juicers and say their totals shouldn’t be counted all you want, but you take take that up with MLB.  They allowed it and made a fortune in the process so that’s that. Back to the misery.

The Division was sewn up and with it a pass to the Division Series against a seemingly vastly overmatched Cleveland squad who hustled their way to a Central Division crown. Piece of cake. Quick three games and we waited for the winner of Houston vs. Seattle. Many of the Mudville faithful clamored for a chance to get revenge against Houston. Be careful what you wish for.

Cleveland proved to be everything but an easy out. They hustled and scratched their way to push the Yankees to the limit. They gave us meme fuel with Josh Naylor acting the fool with his antics after homering off Gerrit Cole, but our beloved squad pulled it out in five and and we got what we thought we all wanted.

I am going to pause for just a minute because the recap was nice, and my blood pressure is under complete control. I haven’t felt compelled to grab the bottle of Knob Creek nor tried to kick my dog like Messi hitting a free kick. This next little bit is going to fix all of that.

Game 1:  17 strikeouts. Teams have probably won with that before. I could look it up but what’s the point… it’s just going to piss me off. Screw it, I’m not recapping every game. It’s useless.  We were swept by a team that is better at baseball on every level from the GM on down. We saw it in July and didn’t believe it. We were blinded by rage and revenge. We deserved it for being cheated against. Let’s focus on how loud we can chant “F Altuve” instead.

We all knew it was coming. Maybe our fandom didn’t let us admit it – and even at that we certainly didn’t see a sweep coming – but you know what, at the end of the day it’s probably better it went down that way so we can get on with fixing what needs to be fixed and win the damn thing next year. Ok. Let’s fix it.

The Twitter GM Machine is spinning so fast that the bearings are smoking, and the radiator cap just popped off. It’s somewhat therapeutic and somewhat maddening at the same time so as we get our overalls on and out tool kits out let’s start with some knowns. 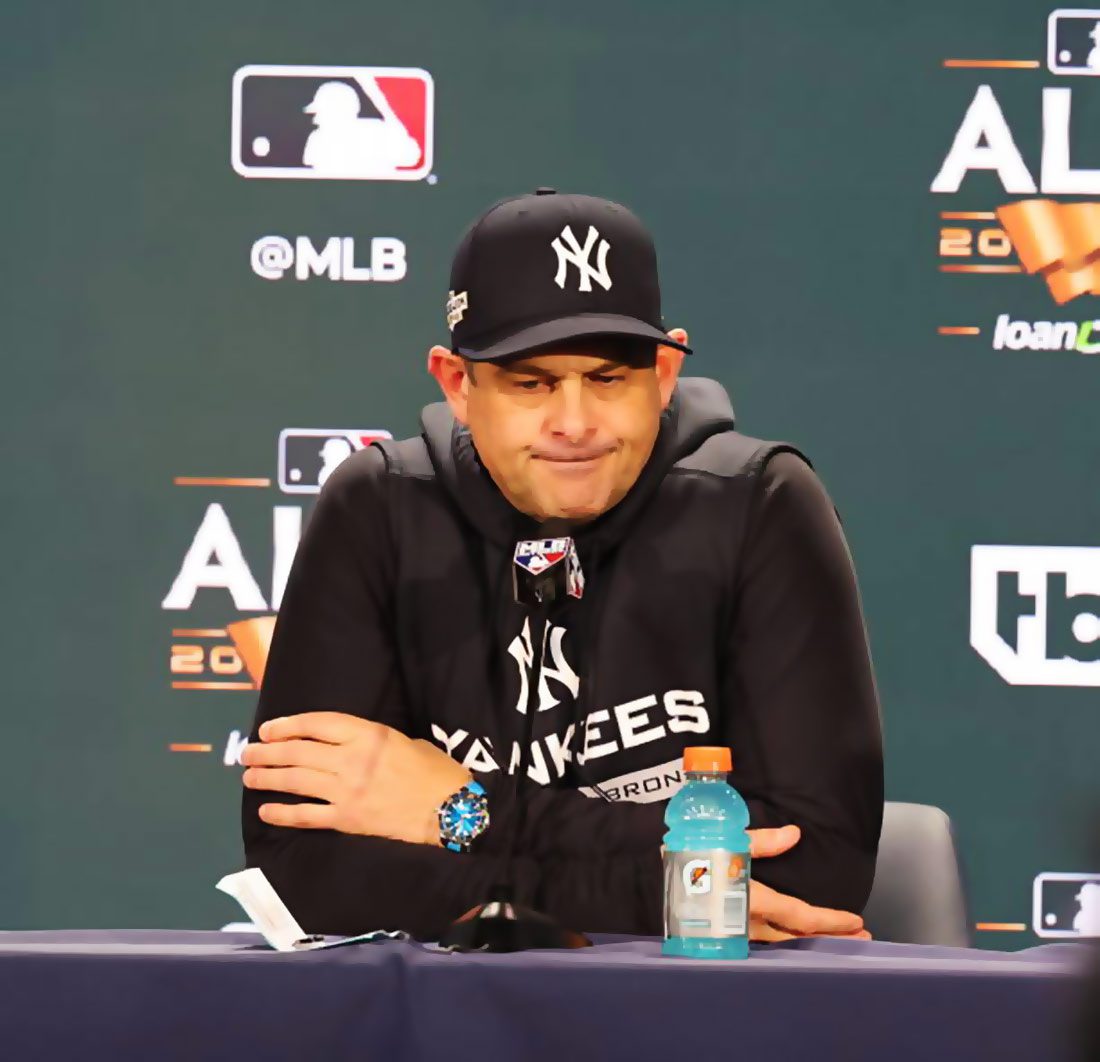 New York Yankees manager Aaron Boone talks to the media after the game as the Yankees were swept by the Houston Astros in Game 4 of the American League Championship Series at Yankee Stadium in the Bronx, New York, on October 23, 2022. (Photo by Thomas A. Ferrara/Newsday RM via Getty Images)

Hal is not his Daddy. Cashman and Boone will be back and the only potential big-ticket item added will not even be an add, it will be a keep. There goes 80% of the ideas being floated right there.  You can likely add to that the fact that unless there is some fool willing to take on the last year of Donaldson’s contract or an even bigger idiot that will take one penny of Hicks’ deal, they are back too. So now what?  Do we just run it back again and pray that the same approach that hasn’t won squat in 13 years will somehow work?

Items 1 – 100 are to pay Aaron Judge.  I personally am not giving him 10 years, but there is no way I’m letting him walk.  In fact, I’m getting it done tomorrow. I’m not letting him get wined and dined. I’m not letting him get distracted by what could be someplace else. I’m using the remaining six days before he becomes a true free agent to get it done. He bet on himself and put all of his chips in the middle of the table and won. He played Texas Hold ‘em against a bunch of idiots that thought they were playing Rummy – and he crushed them. He is the face of the franchise. He is the face of the game and plays in the biggest market in professional sports. He is the logical choice to be named the next Yankee Captain. You don’t let him leave.

There is a downside to that, however. Hal isn’t going all the way in. He can point to the failures of the Mets and Dodgers as why you don’t. He has a point there, but if that is the position then there must be a plan. There is money coming off the books that helps the cause – starting with the crybaby of all crybabies in Chapman. Take away Spider Tack, give him an infection from a home tattoo kit and he is no longer the same. Add to that his quitting on his team and he can go figure it out someplace else. But him alone leaving doesn’t fix the bullpen. Him leaving doesn’t increase balls in play against elite pitching and him leaving doesn’t fix shortstop. (Hello Mr Turner).

Wait. Why am I wasting my time fixing anything? Why plug all the holes in the boat when you give that boat back to the Captain of the Titanic? I just talked myself out of any roster discussion and now go right back to the root cause. This team is constantly outmanaged. When all talent is equal, the difference is the manager. He was out managed by Francona and that’s why the series went the distance. He was bitch-slapped by Dusty Baker and the result was not fun at all. 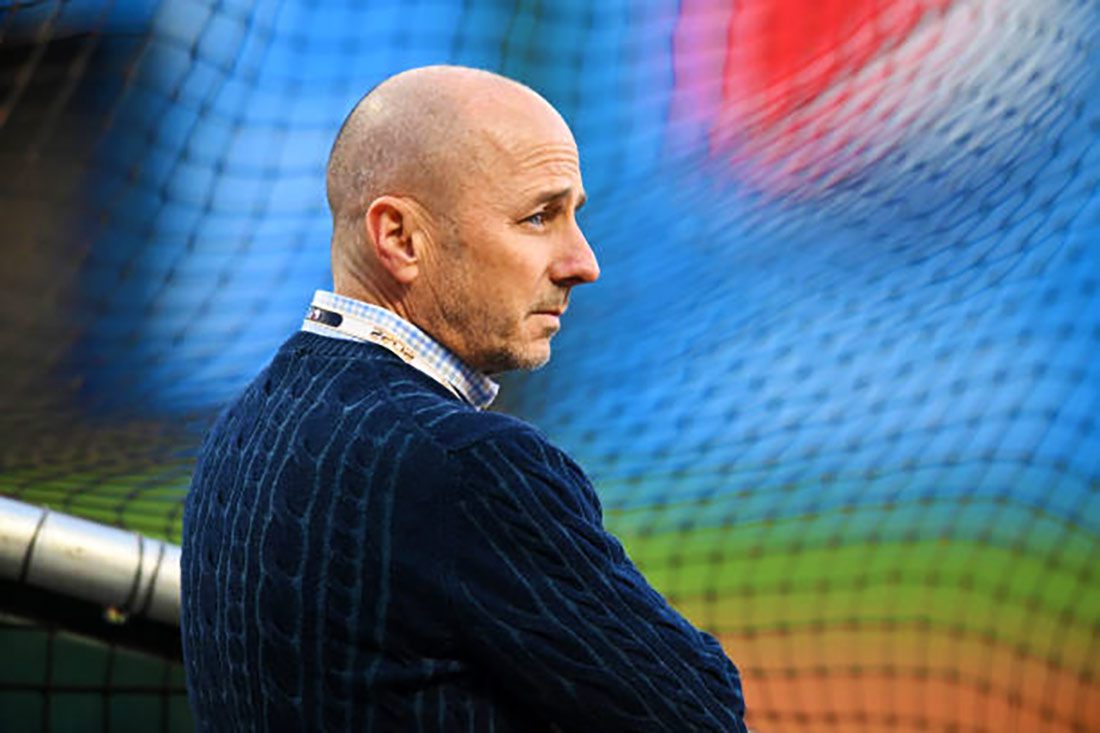 Senior Vice President, general manager Brian Cashman of the New York Yankees looks on prior to Game 3 of the American League Division Series against the Cleveland Guardians at Progressive Field on October 15, 2022 in Cleveland, Ohio. (Photo by Nick Cammett/Diamond Images via Getty Images)

But I started with one of the ground rules being Boone would be back. Well, there are some signs that provide hope to make us think there is a chance that won’t happen, and we saw them when the pressure was at its highest. Clay Holmes and Gerrit Cole both openly questioned Boone about usage.  The slight indication that the team and the manager are not on the same page rarely bodes well for the manager. The Phillies saw that and pulled the trigger on Joe Girardi and poof – look what happened there.

The truth is that Aaron Boone is, by all accounts, a really nice person. He was not a popular choice because he had no experience but at the time, this team needed someone who would be more of a player-friendly leader, and he fit the mold. Plus, he was ok with having puppet strings attached to him.  He has had regular season success and that sells tickets – and that makes Hal happy. That’s not enough for us. We want the damn trophy. He cannot get this team there because the thing he lacks is the ability to demand accountability. The players can only do so much to hold themselves and each other accountable; instead, we get fake table slaps and blame being placed on wind and roofs. It’s time to move on.

This team will win 90 games if they have a Manager of the Day contest, and we fans get the chance to run it for a game. There will always be that much talent. They need someone who will partner with the Nerd Room and not be dictated by them. I’m not going to offer any names but there is a guy who wore number 23 for the Yankees sitting at home right now who might be willing to talk about getting off his couch. Who knows? Maybe he is the next Joe Torre?

I’ll wait until after the Piece of Metal Derby to really dive into what the future holds for the roster because I have to rot here in Philly land and watch the exuberance of my friends and neighbors as they cheer on the little engine that could – while I drink Knob Creek out of the bottle and stare at the transactions crawl waiting for number 99 to sign. Enjoy the Fall Classic. Take a deep breath. Don’t think about how Bryce Harper should have been a Yankee instead of a Phillie and if IKF is the starting shortstop next year… the internet will blow up forever, so enjoy it while you can.