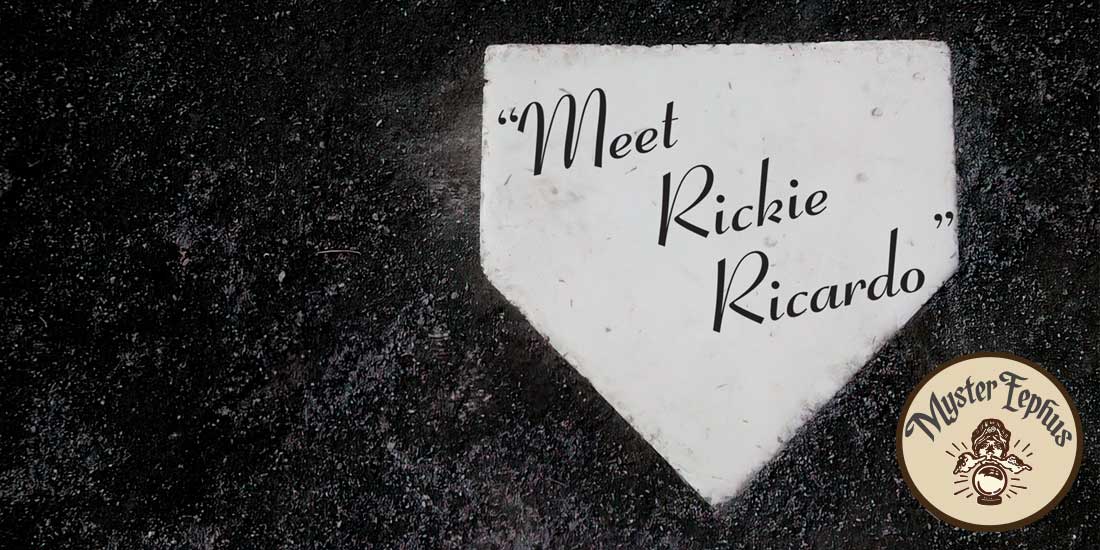 Jorge Lima, Sr. grew up in Cuba, where future major leaguers Minnie Minoso and Tony Taylor were his best friends. He got to know Luis Tiant Sr., and like most of his countrymen he lived for baseball.

In pre-revolutionary days, he owned a bus company, and traveled to Georgia to buy used vehicles. But when told by a former employee dressed in military fatigues and carrying guns that his business was now the property of the communist government, Lima, Sr. set in motion a series of steps that led to his future son broadcasting two sports in two languages in two of the United States’ biggest markets.

“My father called my mother,” said his son, Rickie Ricardo, “and said, ‘Get everything out of the bank, pack what you got, we’re out of here, because this is over.’” A month before the last flights out of Cuba were shut down, his father and mother – who was pregnant with him – arrived in the United States.

Ricardo (a stage name) has been involved with some of the nation’s largest radio markets as a DJ, helping to turn dying classic rock outlets into Spanish-language music formats. He then made the switch to broadcasting MLB games in Spanish with the Florida Marlins.

“When I was six, my father took me to my first baseball game at Yankee Stadium to see Mickey Mantle,” recalled Ricardo, who has done the Yankees’ Spanish broadcasts since 2014 at WADO. This year he handled English broadcasts as well.

Growing up, his career plan was to be a psychologist or psychiatrist, but he was drawn to music radio. After graduating from high school, he attended a broadcasting school in New York City, showed a demo tape to a station owner, and at 18 was doing the overnight shift for a station in Orlando, FL. A year later, he was in New York City as one of the top DJs at a Spanish-language station (he celebrated his 19th birthday at the city’s famous and infamous nightclub, Studio 54).

One of his program directors, legendary New York radio personality Frankie “The Rocker” Crocker, suggested he adopt the name “Rickie Ricardo” – after the character Desi Arnaz played on I Love Lucy. “Nobody will forget your name,” Crocker told him. Today, he says, only his mother calls him Jorge.

Following a series of opportunities at radio stations in Miami, New York, and Washington, D.C, some firings, a marriage and divorce, being the emcee for singer Rick James for six years, and working with Prince, he eventually was called by the Florida Marlins.

He was, at the time, a DJ and music director at a Spanish-language station in Miami. Then when the Florida Marlins broke up their 2003 World Series Championship team, the Marlins approached him to help attract young Latino baseball fans.

“The Marlins had just won the World Series, and gave it away,” trading their stars to other teams, he recalled. “The station said, ”We’ve got all these new young players, and no fan base, everybody deserted us. We want to create a relationship with you; we have all (Hispanic) kids coming through our system.’” 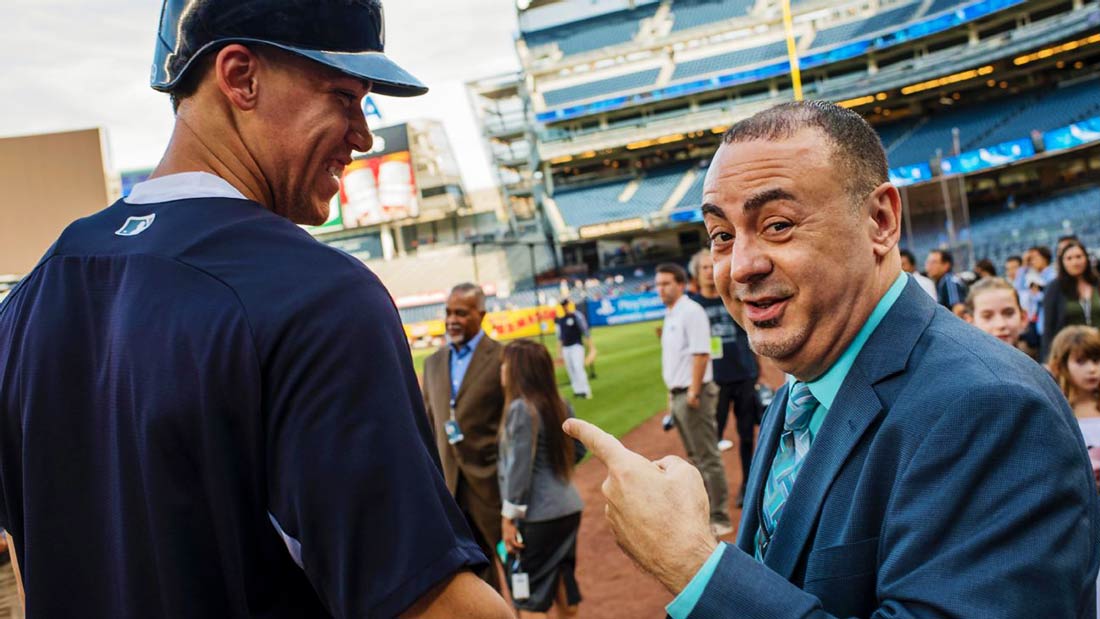 Ricardo interviewed those “kids” on the Spanish language station at which he worked. Then he went to the ballpark.

“I was at a Marlins game, I was introduced to their broadcasting department, and I thought, ‘I’m going to get into baseball.’ I cut my teeth with them, doing an inning here and there,” he said.

In 2007, he was approached to start up a Spanish language music format for a radio station in Philadelphia. “I’ll do it if you get me the same arrangement with the Phillies that I have with the Marlins,” he told his bosses. “I want to do baseball at night and radio in the morning.”

He told an executive at the station, “If you let me do one inning, I’ll never leave.”

He eventually became the team’s full-time Spanish broadcaster. This led to his hosting shows (in English) on the weekends on the city’s top-rated sports station WIP, and doing spring training reports for Philadelphia’s all-news radio station (again in English). Then he landed the job broadcasting Philadelphia Eagles games in Spanish on La Mega 105.7.

“I became Philadelphia’s favorite Latino,” he said, smiling; and he’s still highly regarded for his Eagles broadcasts and appearances on WIP.

“Now, little did I ever think that I would move away from music radio into sports,” he said. (He’s also been on the business side of the broadcasting industry. When he went to WADO the station was doing about $250,000 in ad revenue for Yankee games. Working with the ad staff, Ricardo helped increase the revenue to $2 million in three years.)

Being bilingual when baseball has its highest percentage of Hispanic players ever has helped him to bridge two cultures.

Speaking two languages, he said, “is natural, I never had to learn either language. I’m English first, I’ve had to improve my Spanish to get up to broadcast quality.” He has learned Spanish from his mother and his fiancee, who’s a sideline reporter for the Spanish broadcasts of Eagles games. “My fiancee is from Spain, so her Spanish is proper,” he said. 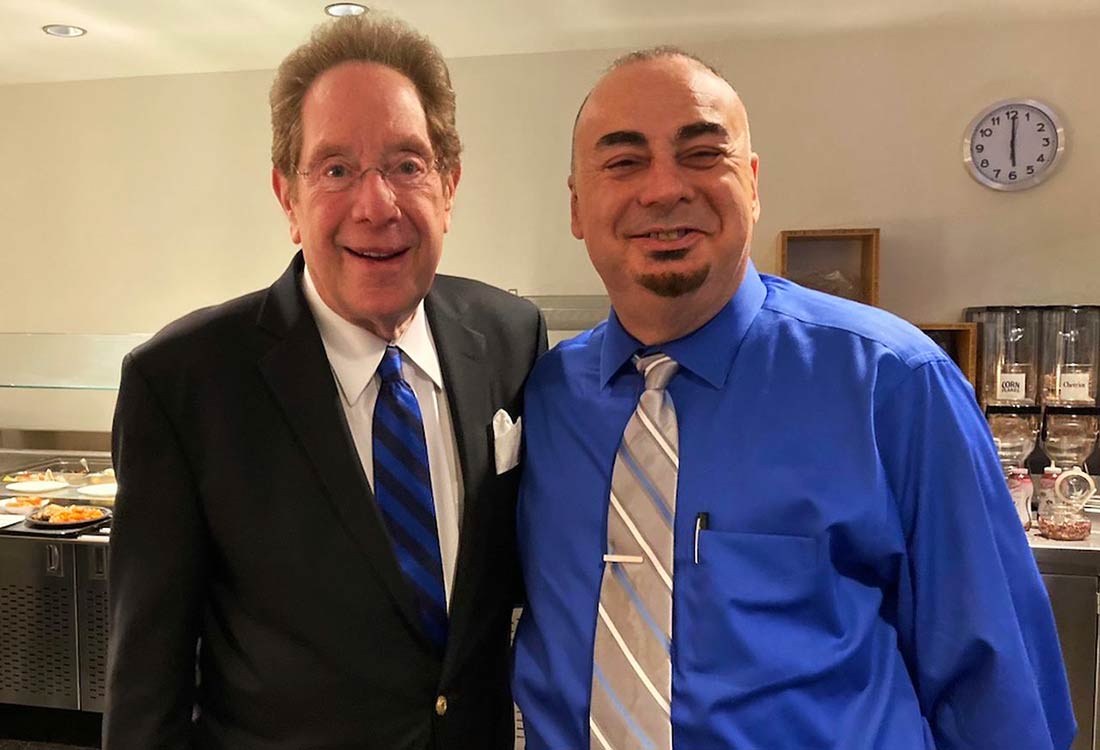 Ricardo is engaged to Maria “Macu” Berral, who also covers the Eagles for Telemundo.

“I do a lot of commercial voiceover work – cars, sponsors, a ton of commercials – the “Bounty Quicker Picker Upper” (on the radio), that’s me. I got my fiancee the job of translator; they send Macu the scripts in English, (she) translates them, and I read them, so I’ve learned intricate Spanish from her translations,” he said.

When long-time Yankee broadcaster John Sterling was unable to call games due to health reasons, Ricardo stepped in easily as his replacement.

“You have no idea how impressed the Hispanic guys on the Yankees are when they see me this year talking to people and doing games in English. They say, ‘Wait a minute, how do you do that?’ It’s actually easier for me to do the games in English than it is in Spanish,” Ricardo said.

The Hispanic players have told him, “You’re good in Spanish, you’re f—— great in English.”

(Incidentally, Ricardo is probably best known nationally for “saving” Sterling when his car stalled on his way home from Yankee Stadium during a hurricane.)

While many broadcasters had to learn how to call a game remotely at the start of the pandemic, Ricardo was used to the format.

“I got used to it very early (doing Phillies games). We only traveled to Washington, the Mets, or when they had a rock concert at Citizens Bank Park, that’s how I cut my teeth with the Phils. The home games were live, but road games I did off monitors. That’s how I learned to do it. I can’t tell you that’s foreign to me because that’s where I learned how to do it.”

Doing Yankee broadcasts not only meant his father could hear him on the radio, he would stop by the ballpark and visit his son in the radio booth. One day on a visit, Luis Tiant, Jr. was there. “All I remember is I’m doing the game, and I look behind me and there’s my dad and Tiant talking.”

“There was probably, I guess, for my father, no prouder moment, and he told me, ‘I was proud of you when you were number one in music, proud of you when you were on road with Rick James, but this (the Yankees), is the ultimate,’” said Ricardo. “On his deathbed, I was doing a game, and my mother had the (the game) on a cell phone. I think he passed while listening to me doing a game, with a smile on his face.”