There was a time when Tim Kuncis probably envisioned being in the National Baseball Hall of Fame and Museum.

Kuncis, 50, was a ballplayer growing up and played college baseball at several schools, including Texas Christian University [TCU]. He began his collegiate career at South Suburban College in Illinois alongside Ron Mahay and Tim Byrdak, both who would go on to enjoy extensive Major League careers.

Kuncis, however, would have no such luck, blowing out his shoulder just weeks before attending TCU which resulted in two years away from the game.

Eventually Kuncis returned to the game, finishing out his playing career with Northern Illinois, where he also earned a BA in Fine/Studio Arts. He would spend the better part of the next 17 years at the Chicago Board of Trade working as a broker and a broker’s assistant before losing his job in 2012. 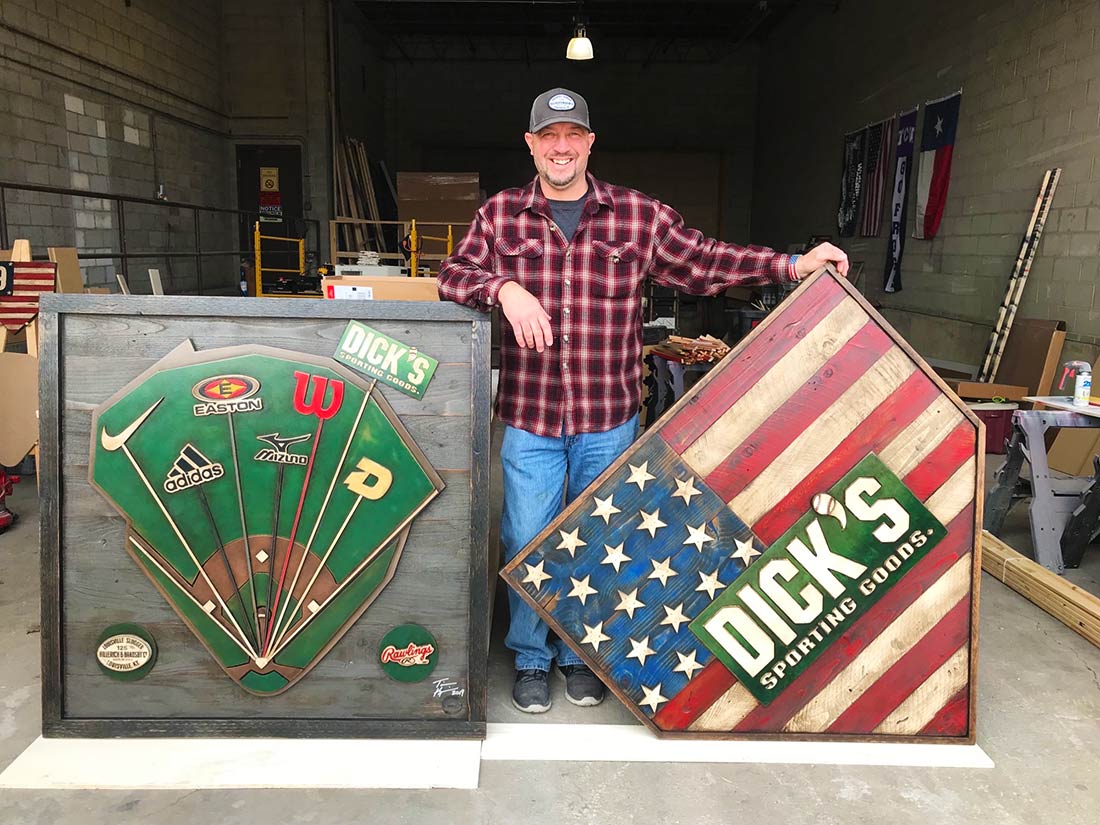 Losing that job, however, changed Kuncis’ life path. He began woodworking and creating and, well, ultimately wound up making to The Hall of Fame though it may not have been the way he envisioned while growing up. The Chicago-area native has taken his ability to work with wood and turned it into a career, carving out a reputation as one of the most sought-after baseball/sports artists in the country.

Kuncis owns Barnwood Sports LLC and his carvings of home plate and their reproductions have allowed him to become a licensed artist for Major League Baseball, the Major League Baseball Players Association and Team USA. His work also hangs in the MLB Network’s Studio 42. Oh, and his work also hangs in the Hall of Fame, for whom he is also a licensed artist. His work adorns the walls at the Hall and is sold in the gift shop.

“Basically, the Hall of Fame gave me a top-10 they wanted me to do to start, like [John] Smoltz, [Tom] Glavine and [Greg] Maddux,” Kuncis said. “I have one customer who purchased all three to get them signed. 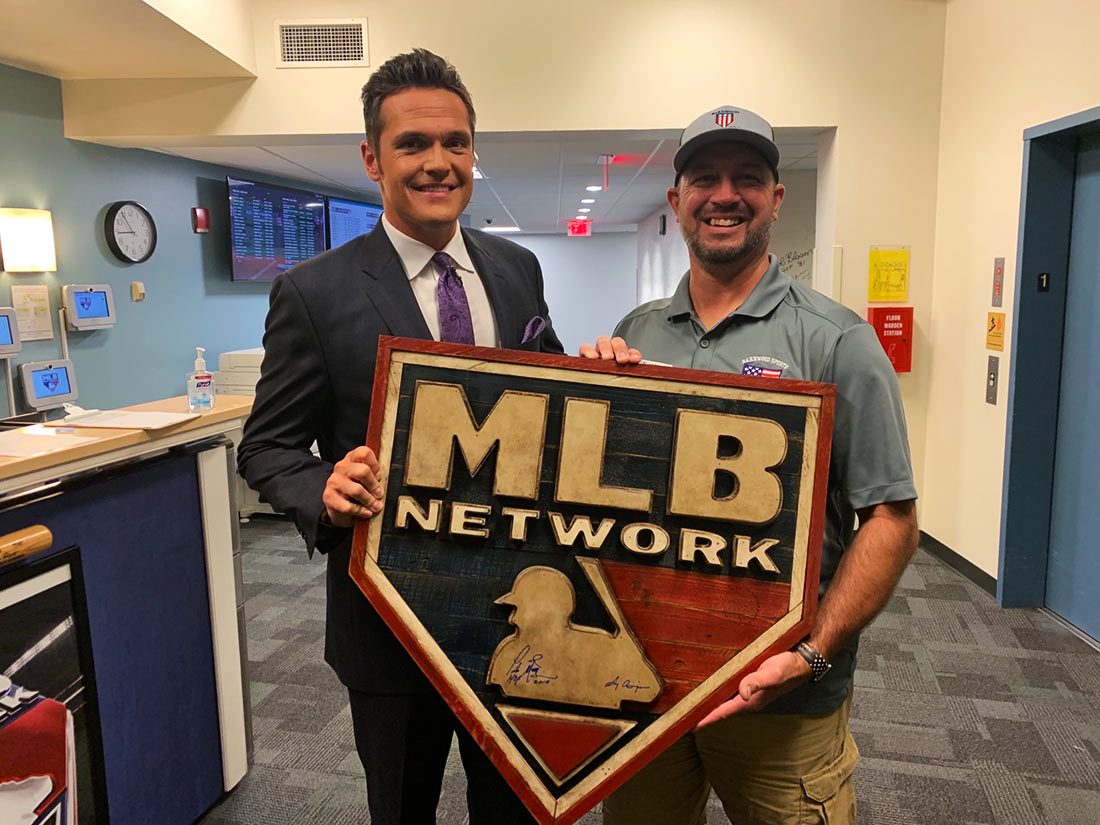 “I didn’t do a lot of woodworking [when he was younger], I was more interested in art,” Kuncis said. “I didn’t do a lot of art, though, because of baseball. I just played. I got a degree and went to the Chicago Board of Trade. When I lost my job I was messing around, looking for another job when a guy in the neighborhood asked me if I knew how to paint. Painting on walls is different than painting on canvas but I started working for him.

“We also did woodworking, center console stations, cabinets, all that kind of stuff. I was getting my feet wet. I had some down time so I made an American flag. I saw many people on Facebook making them, but this was my own style and it sold quickly and it’s been crazy the last few years with what’s been going on. It happened pretty much overnight.”

It didn’t take long for Kuncis to start getting orders for American Flag home plates along with requests for team logos. His reputation began to grow, along with his business, and before long the demand for his work was great. Kuncis got hooked up with the Hall of Fame just about a year after he began this journey and he hasn’t slowed down since. 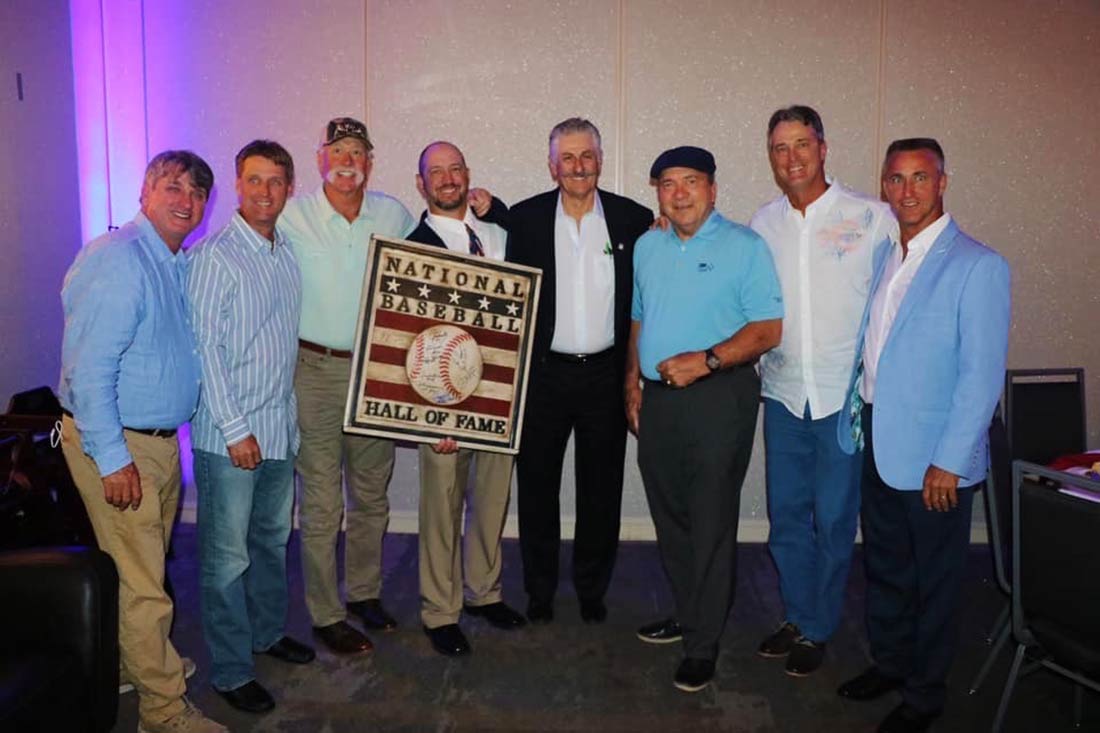 His handmade pieces range in price, beginning at $75 for a basic home plate. The price goes up depending on the complexity of the logo or subject matter as it can take several hours to create. Most of the plates range between $150 and $200. He also sells pieces autographed by players, including up to $1,200 for an autographed Mike Trout. Printed reproductions of his work begin at $20.

Kuncis takes pictures of the finished product and enhances them digitally to create the print version. It’s printed on watercolor paper and framed. Those, however, have yet to be licensed by the Hall of Fame so they have yet to be seen in public.

“[Tampa-based artist] Justyn Farano and I became friends and I made him a custom piece with his logo,” Kuncis said. “After creating Justyn’s piece, he said I needed to create something for the Hall of Fame with their logo and they [the HOF] ended up licensing me after I sent the finished product. I started out with American Flag plates with the HOF logo, and then expanded into doing players names and numbers with the HOF logo at the bottom. I’m still trying new stuff, though, looking for that one thing that’s going to make it all skyrocket.”

Kuncis uses mostly pine for his work and distresses it himself so it looks like old barnwood. He originally wanted to use old barnwood and barrels but the price for such wood has risen to a point where it isn’t cost effective. Still, he hasn’t given up on the idea of using actual barnwood someday. 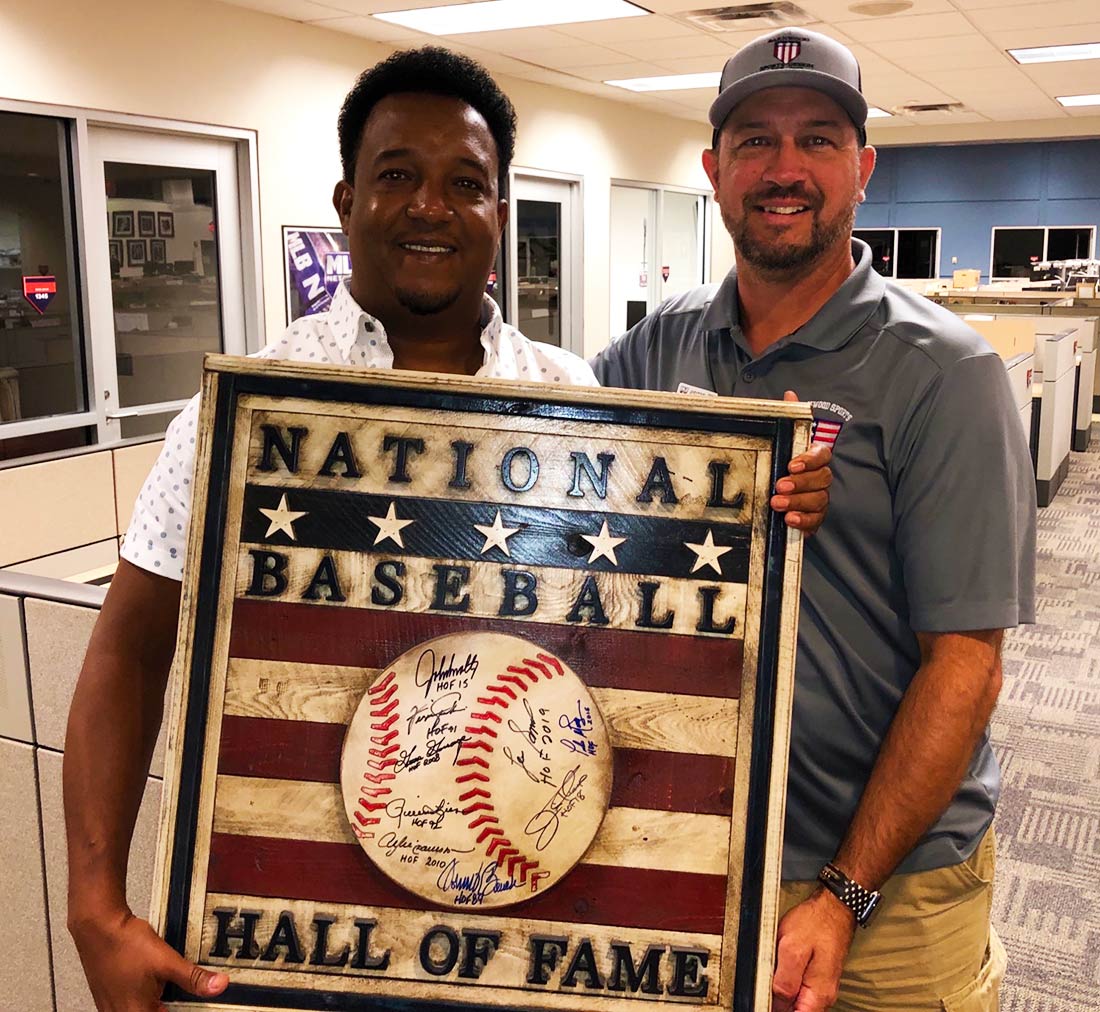 “I’d love to use more barnwood,” he said. “A friend and I actually had an idea for a TV series kind of thing. I’d go to Ty Cobb’s hometown in Georgia and get barnwood from there and do one of Cobb. Let’s say I want to do [former Chicago Bear] Walter Payton. I’d go to Mississippi and get permission from the owners and build something from it. It could be something unique. I just have to get in front of the right people I guess.”

One of the more complex pieces Kuncis has made was done earlier this year for Roberto Clemente’s family, who were celebrating the 50th anniversary of the former Pirate’s 3,000th and final career hit. Kuncis said the logo was only eight inches and it took almost four hours to paint, with it also being painted on Main Street in downtown Cooperstown. The logos are first programmed into a CNC machine.

“That was a one-of-one,” Kuncis said. “Basically, I just had to keep a steady hand and stay in between the lines on that one. It was all by hand and I had to replicate all the colors. That piece is actually put on the home plate and we do the antiquing from there. We are also talking to the Clementes, though, about a limited edition. What I’d like to do is a print of that one.

“I’m also dealing with the Cardinals, Orioles, White Sox team stores and Reds Museum, which have all placed orders for handmade pieces and prints. My favorite piece, though, is probably my first Hall of Fame piece I’ve had signed by 20 something Hall-of -Famers. I do like the one that MLB Network has hanging in left field in Studio 42 and I’ve done stuff with the Maris family by my overall favorite is the one signed by the Hall-of-Famers.”

Kuncis also does other sports but much of his work still revolves around baseball. He does a substantial amount for high schools and colleges like Arizona State and Harvard. He also recently did 20 individual pieces for the Stanford baseball team, which gave them out to their current Cardinal players as awards for the 4th year now.

He may not have made it to Cooperstown as a player but Kuncis’ work has made him a Hall-of-Fame artist. 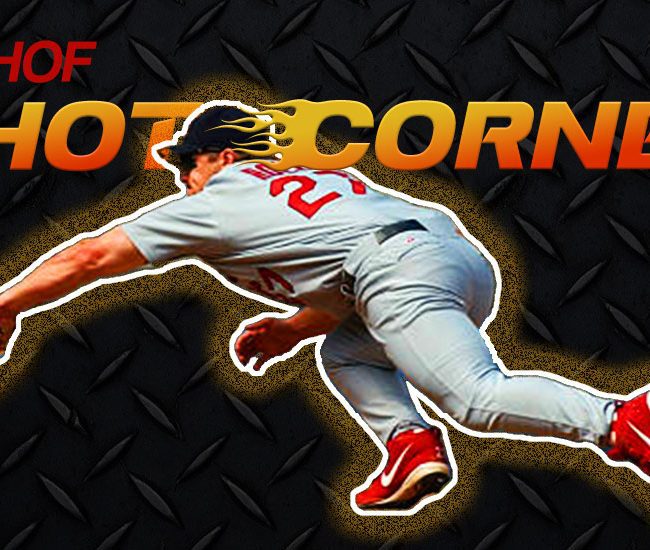 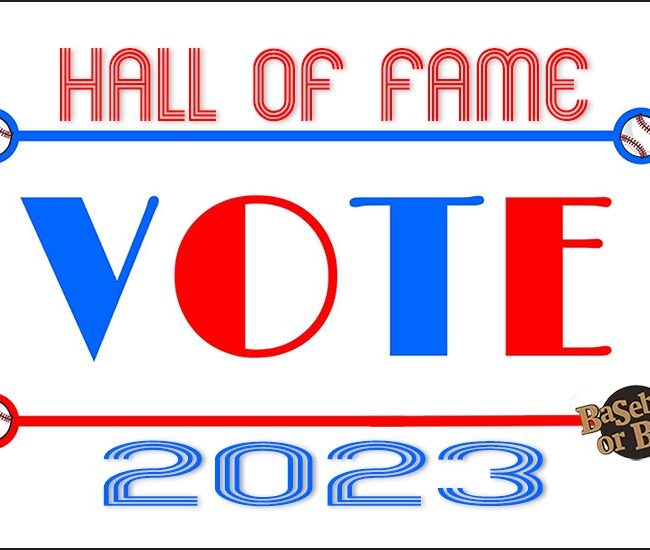