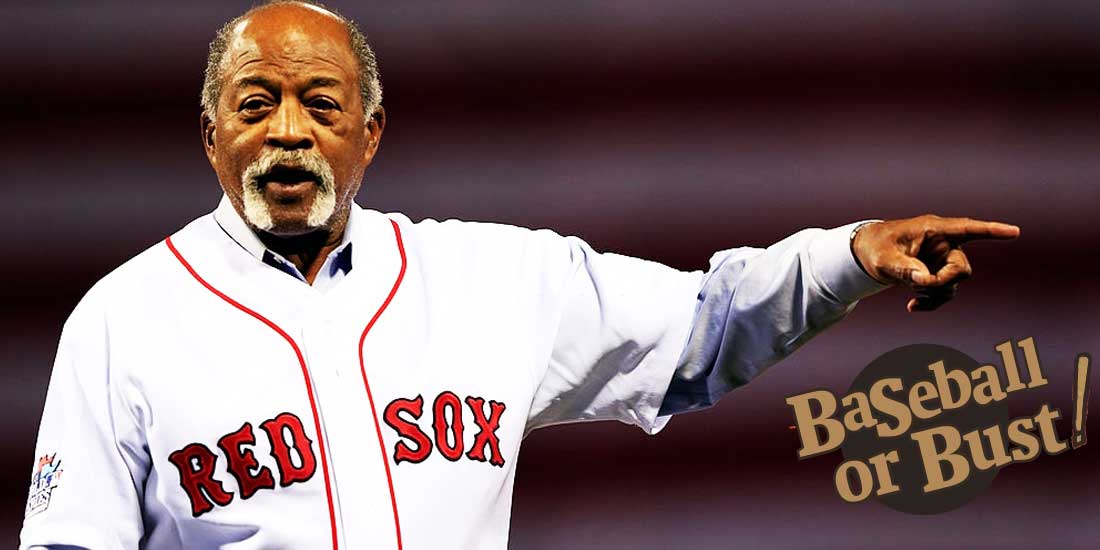 Looking Up is a Way of Life

His eyes looked to the baseball heavens as Luis Tiant turned his back on the hitter to deliver a pitch that could dart from any arm angle.

As a hitter, you are looking to find the ball as quickly as possible; it is unnerving to see the pitcher’s number – and not the baseball – in your line of sight. Deception was one of Tiant’s greatest weapons.

It’s as if an octopus were pitching. In today’s world of cookie-cutter power deliveries there is no one like El Tiante and the tornado he was on the mound – and baseball is much poorer for it.

At the age of 79, Tiant – beloved in Boston – is still looking upward, thanking God where his baseball life has taken him. “I fulfilled my dreams,’’ Tiant told BallNine.

Tiant escaped Fidel Castro’s Cuba in 1961, noting he hopped on one of the last planes to Mexico City and freedom.

He had to leave his parents behind.

“People don’t know about the nightmares I went through,” said Tiant, who could not return to the island for 46 years.

Sometimes heroes are right in front of us and we don’t see them.

Perhaps we are clouded by cigar smoke or mesmerized by the unique pitching motion, where Tiant appeared to count the fans in the upper deck before firing off a wicked slider. 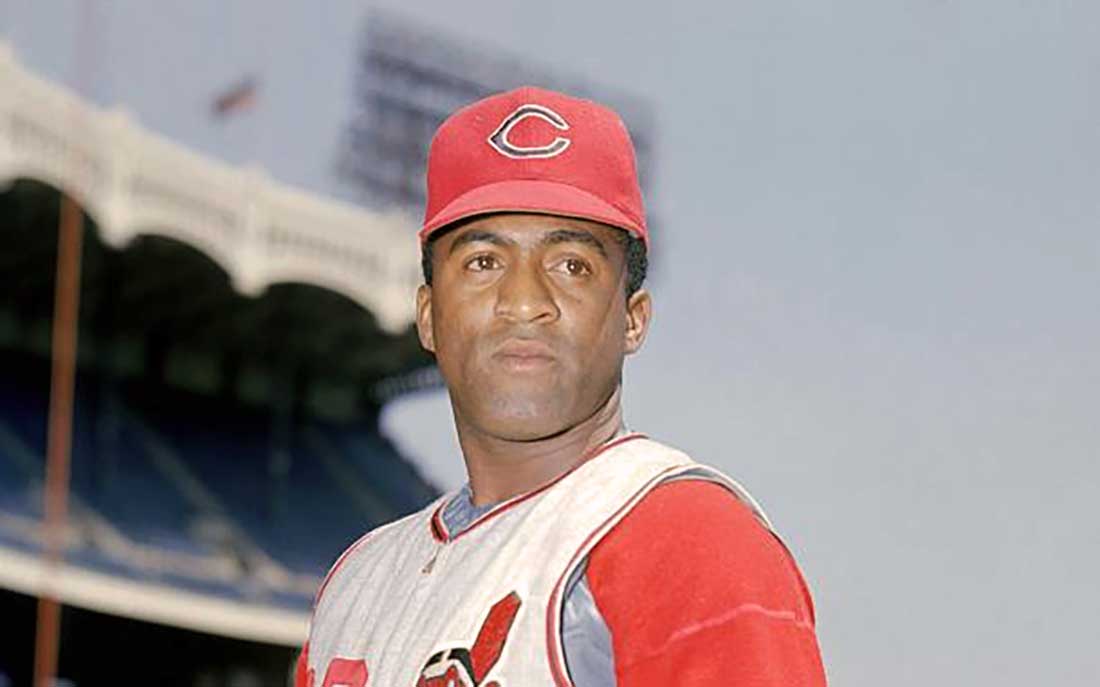 This October marks the 45th anniversary of one of the greatest overall pitching performances in World Series history, when Tiant shut out the mighty Reds, holding the Big Red Machine to five hits in Game 1 of the 1975 Fall Classic.

He threw 163 beguiling pitches in a Game 4 complete-game victory and then came back to throw seven innings in Game 6 of Boston’s dramatic triumph.

The Red Sox did not win that World Series – that would come 29 years later – but to this day all of New England loves Tiant.

Listen to legendary Boston Globe columnist Dan Shaughnessy, recalling when Tiant came to the Red Sox in 1971 after being released by the Twins and Braves and then in 1972 produce a 15-6 season with a miniscule 1.91 ERA.

“Luis wasn’t that old, but he was coming off the scrap heap and everything – and then all of a sudden he couldn’t lose.

Then you realized what a big-game pitcher he was, it was a cult thing,’’ Shaughnessy told BallNine.

“Pedro (Martinez) took that on later but the Luis thing was really special,’’ Shaughnessy said. “The fans chanting ‘Loo-eee! Loo-eee!’ That was very real. It was a very colorful team, that 1975 team and they did not win the World Series – contrary to what everybody in New England likes to think – but God,

Tiant was terrific and just a magnetic personality, turning his back to the hitter, and the head bobs.

There are still people in our town who believe – one big game to win, you give Tiant the ball. As great as Pedro and (Curt) Schilling and (Roger) Clemens were, Tiant was just a big-game guy.’’

“what a big-game pitcher he was” – Dan Shaughnessy 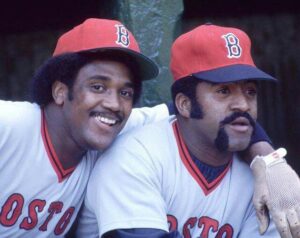 El Tiante and Jim Rice in the Boston dugout

“Even in 1978, he beat Toronto, and that put them against the Yankees,’’ Shaughnessy recalled of Tiant’s critical 5-0, two-hit shutout that thrust the Red Sox into that one game playoff against the Yankees. “That was the last game he ever pitched for the Red Sox … He’s had a really interesting life. He is just a wonderful man. I love the guy.’’

Mike Torrez wound up starting against the Yankees in Game 163 and surrendered the crushing three-run home run to Bucky Dent in the 5-4 loss. “It is just too bad Luis couldn’t have pitched that game,’’ Shaughnessy said, “but he got them there, and then he signed with the Yankees.’’

Off the field, Shaughnessy offered this heartwarming glimpse of Tiant.

In spring training, Shaughnessy stays in the same Fort Myers hotel as Tiant, who is a special instructor and ambassador for the Red Sox. The Twins train in Fort Myers so Twins officials also stay at that hotel. Shaughnessy has an older sister who suffers from dementia. “Luis is the only person she lights up when she sees him,’’ Shaughnessy said. “He’ll come over and kiss her on her forehead. And his wife Maria is just so sweet. Tony Oliva stays in the same hotel and it is just amazing, these guys will sit around playing dominoes with their wives every night.’’

Family means everything to Tiant.

He finally got to see his parents again in 1975 when they were allowed to come from Cuba to the United States. They got to see their son pitch and win two games in the World Series. His father was a left-handed pitcher in Cuba and for the Negro League’s New York Cubans, a legend in the game, who pitched from 1927-48, and once pitched 15 straight shutouts.

That year they were all back together was the best year of his life, Tiant said, noting that sitting at dinner with his parents, his wife and three children was the best feeling in the world. “What more do you want than to be with your family,’’ he recalled. 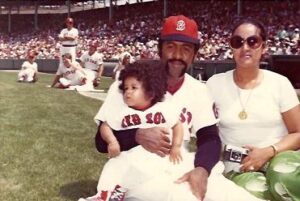 During that 1975 World Series, Tiant told reporters: “I feel beautiful. God gave me what I ask Him for—to see my parents and be in the World Series.”

Both parents died in December of 1976. Luis Sr. died on a Friday.

Cancer took him. The day before his funeral Isabel died of a heart attack.

Tiant said at least he was able to bury his parents in America where he can visit their graves, something he could not have done if they had remained in Cuba.

At the beginning of his career he was saddled with an Indians team that had trouble scoring runs; yet El Tiante fired 49 shutouts and 187 complete games in his career. He won two ERA titles and produced four 20-win seasons. And he did it all with flair and mystique.

In that 1968 season with the Indians, his 1.60 ERA was the lowest American League ERA since the Deadball Era as he finished 21-9. Tiant threw nine shutouts.

Denny McLain won 31 games with the powerhouse Tigers and captured the Cy Young Award; Tigers catcher Bill Freehan told Tiant one day at the batting cage that if Tiant pitched for the high-octane Tigers he would win 40 games with them. 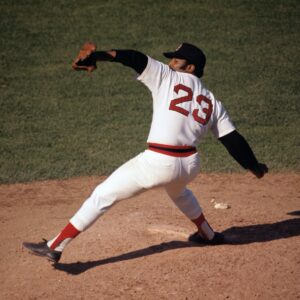 Tiant threw his first pitch in the majors in 1964 and his last in 1982. From 1973-76 with the Red Sox he won 81 games. As for his pitching style, Tiant created it out of the blue one day when the thought came to him to turn his back to the hitter in the midst of his windup, showing his No. 23. “Hesitate and fire”. Tiant flashed a smile behind his Fu Manchu and said, “When you hide the ball, by the time the batter sees it, sit down.’’

Reds outfielder Ken Griffey Sr. once said, “Hitting against him was like eating soup with a fork.’’

Tiant never was elected to the National Baseball Hall of Fame, a baseball injustice considering all he has given to the game and the road he traveled. “You can make a great case,’’ said Shaughnessy, who is the 2016 winner of the J.G. Spink Award presented by the Hall of Fame. “I always voted for Luis. He matches up with (Catfish) Hunter and (Don) Drysdale – contemporaries – and the big game thing. He pitched for some bad teams, and of course there was that year in 1968 with the 1.60 ERA and all the shutouts. His legend has endured. He’s a fan favorite. He gets a lot of love around Fenway and he gives it back. He’ll pose for any picture. I’ve never seen him turn down anything.’’

“Tiant has been categorized by the BBWAA’s Historical Overview Committee as part of the Modern Baseball Era,’’ explained Jon Shestakofsky, the Hall’s VP of communications and education. “Ten candidates who made their greatest impact on the game between 1970 and 1987 are considered twice every five years as part of that era. “Tiant was last placed by the HOC for consideration in December 2017 and was not a part of the most recent modern Baseball era committee ballot in December 2019. That group will be looked at again in December 2022.’’ Perhaps then Tiant will be voted in and take his rightful place in Cooperstown. A proud man, Tiant makes it clear such an honor should come when he is alive, pointing out he does not want to suffer the same fate as Ron Santo, who was inducted posthumously.

“I already told my family, if they put me in after I die, don’t go. We don’t need that,’’ Tiant said. “Everybody in baseball knows I should be in the Hall of Fame.’’

Tiant then noted, “My Hall of Fame is my family.’’

“I know my dad should be in the Hall of Fame,’’ his son Dan, 45, said. “He tells me to calm down. He says if it happens it happens. He says, ‘I know what I did, and I know who I did it against.’ To that end, I went online and looked up his statistics vs. Hall of Fame hitters. My goodness it was impressive.’’ 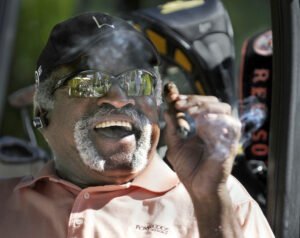 Tiant offers sage advice to this tech-driven, max-effort generation of pitchers. Use your brains as much as your arm and don’t fall for all the analytical aspects of the game. “You have to be your own man, if you think you need to add something to your repertoire do it,’’ said Tiant, who pitched in the Winter Leagues for many years and is in the Venezuelan Baseball Hall of Fame. “Listen to yourself. Use your brains. A computer is not going to throw the ball for you and you also need to throw more, use your legs and you need to learn to command the fastball.

“I’ve had a good life,’’ a reflective Tiant said. “Better than I would have imagined. Every day you get out of bed and see the sunshine, it’s a good day.’’

For El Tiante, looking up is a way of life. 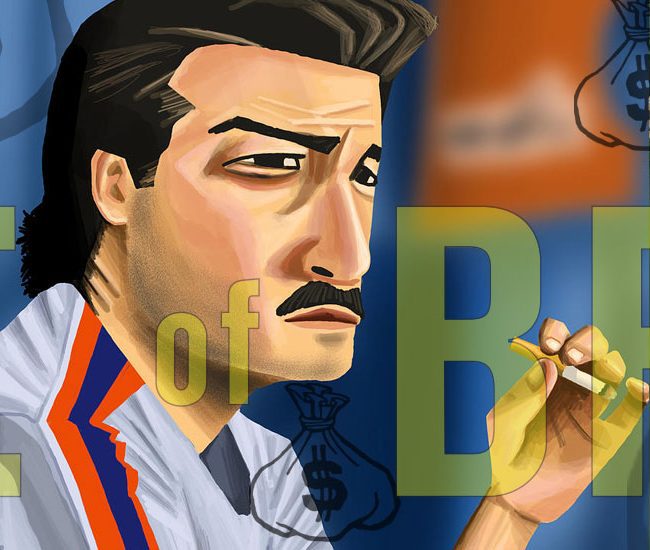 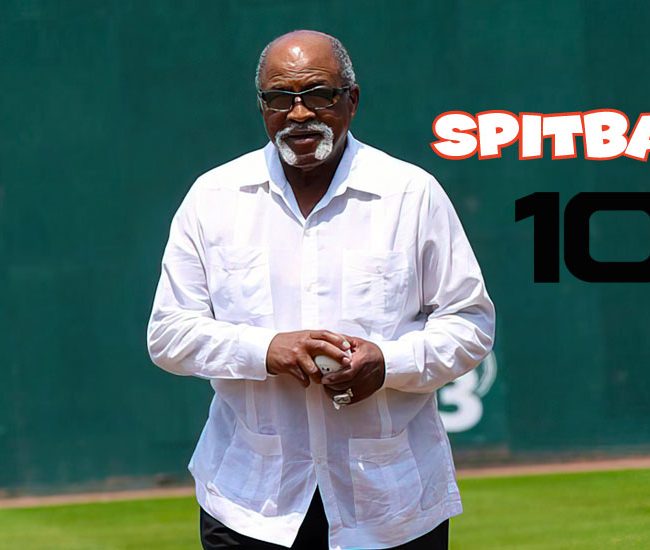