For any baseball fan, those three words are trouble.

If your team does it that means expectations have dropped.

When the entire sport of baseball does it that’s even worse.

Trouble for the sport.

That is where we are today in baseball, a much shorter season and a much longer postseason with 16 teams, all in pursuit of extra postseason dollars.

Add Covid-19 to the mix and you have created one of the worst times in baseball history.

Combine that with the current labor fight and more dark clouds on the horizon with another financial battle just around the corner.

This is only a warmup.

Who knows what is going to happen with the Covid-19 situation. There may not be a baseball season at all in 2020.

There may not be an NFL season or an NBA season.

Not watering down the product, though, is in MLB’s control and baseball continues to botch this attempted comeback on several fronts, alienating even more fans. 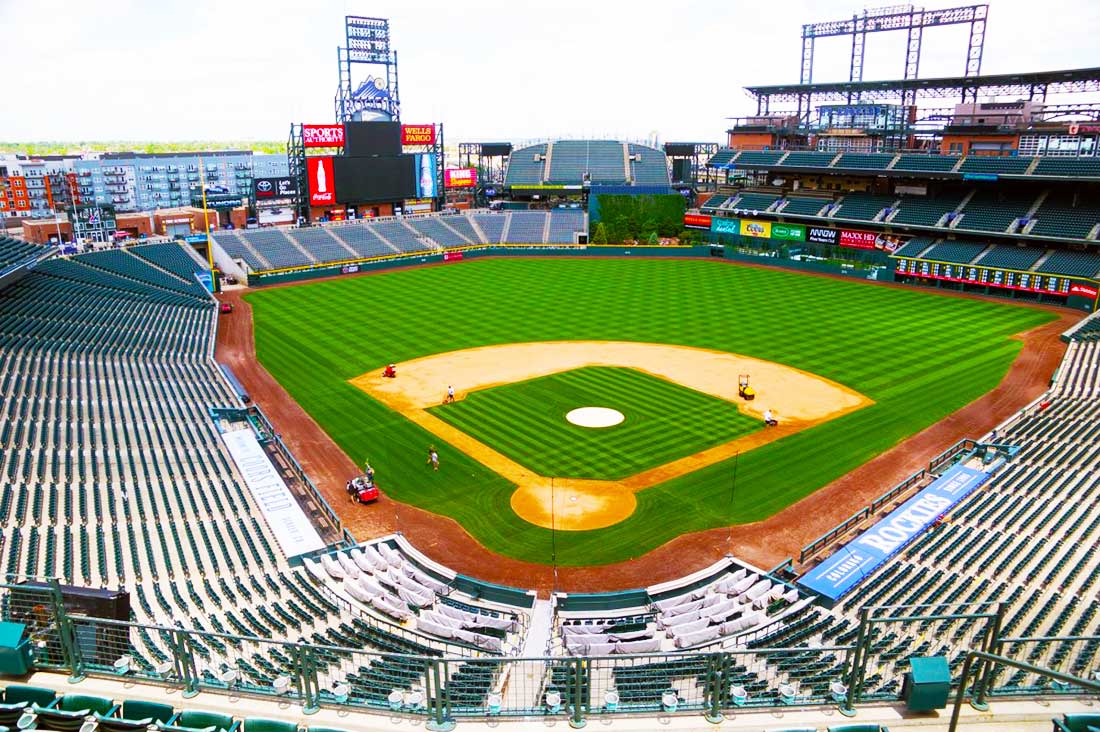 Even if there is a season, you’d better get used to this sight.

The constant bickering over financial issues shows how tone-deaf ownership and the players are with what is going on in the real world with so many people out of work or struggling to get by.

Fans sure could use baseball back as quickly as possible in some form. A deal should have been hammered out weeks ago and all the energy now should have been finding a way to play in the Covid Era.

Instead we get empty promises and empty words from both sides.

When and where is not the question to be asked. The question that should be asked is why? Why can’t these two sides get together? Why drag the fans through the financial mud again? When will this end? Where is baseball’s allegiance to the fans? Both the owners and the players have forgotten fans pay their salaries.

A tipping point is near.

The majors had their lowest per game attendance last season since 2003 at 28,198 fans per game and the second lowest rated World Series, an 8.1 rating. Perhaps fans are getting bored seeing all those 42,823 strikeouts last season, another K record, or the 15,895 walks. So that means 58,718 batters went to the plate last season and the ball was not put in play. The good news is with all those ghost at-bats there are 58,718 different occasions you can stare blankly at your phone during the game and not miss a thing.

You can label this a “get off my lawn” rant if you want, but the game is too good to be going down this path and a warning must be sounded.

Here is another question that needs to be asked: Where is baseball’s allegiance to itself, to the good of the game? Where did that go? Sure, changes can be made to the game but changes that make sense. Overall excellence should still be in demand.

“It’s one of the biggest problems in baseball,’’ a veteran scout told BallNine. “We keep lowering the bar across the board. ‘It’s okay, you don’t have to do this. You don’t have to learn to command, we are going to promote you because we gave you a million dollars and you throw 95.’ A guy simply gets promoted because he was in Low A last year, ‘Let’s put him in High A.’ ’’

On and on it goes. Baseball has been slipping away for quite some time. The romance of the game is a thing of the past. Baseball used to be a beautiful thing to play and watch. If you watch a game on TV now from the 1970s and ‘80s during this shutdown you are reminded the game was more fun, so much more action and there was real strategizing along with the managers who had not yet been turned into analytical puppets.

Analytics play a role in the game and they always did to the managers who knew how to use that tool, but analytics should not play the starring role.

Baseball relies on the home run more and more and less and less on improving the skills of the participants. Now with the DH about to become a reality in both leagues there will be even less thinking.

And yes, I get it, it is increasingly more difficult to watch pitchers hit, but whose fault is that? Organizations simply stopped working with pitchers on how to handle the bat years ago. They gave up, especially in the minor leagues, creating the injury excuse as a reason they did not want their pitchers working on hitting or bunting or even fielding.

Watching a pitching staff go through spring training defensive, base-running and hitting drills is a comedy show. Again, the bar was lowered and the game suffered.

Pitchers were not expected to hit. Yet when 42-year-old Bartolo Colon blasted that magical home run at Petco Park in 2016 – and I was there – it became one of the most joyous moments of the season. A forever memory was made for the fans.

Commissioner Rob Manfred and the owners only seem to care about today’s dollars, there is no one with backbone to fight against these trends of disaster. The warning signs are everywhere and not just in the numbers of fans attending or watching on TV and the way the games are played.

The scout noted there are different ways to see the oncoming cliff. Just visit local parks where youngsters are not playing the game as much as they once did. Baseball is minimizing itself.

And now, most of all, the bar is especially being lowered on making the playoffs with 16 teams invited to the show. Excellence is being replaced by being “just good enough.’’

With the short season you just have to be good enough for a short period of time. This is an extension of the “everyone gets a trophy’’ mentality.

“The Marlins could make the postseason in 2020,’’ one former manager told BallNine. “And if they get hot at the right time, they could even win a World Series. Imagine that.’’

That hasn’t happened since 2003 but all bets are off.

Baseball used to be an action-packed sport. Runners going from first to third on a single. Stolen bases. Triples. Exciting stuff. Outfields actually throwing runners out at home. Action.

Now it has become one long Showcase Event. A batter gets up and swings for the fences. A pitcher runs the count to 3-2.

Wait until they put in the rule where in the ninth inning a batting order can be changed to bring your three best hitters to the plate. There continues to be talk of that.

Putting a runner on second base in extra innings is becoming a reality, too. Maybe even ties. Why bother? Just have a one-on-one Home Run Derby with three swings, the third swing coming against a gold baseball for extra points. Win the derby and your teammates can pull off your jersey.

This is what happens when you lower the bar, no strategic hitting, no putting the ball in play to make something happen. You expect less from your hitters and much less from your baserunners and your pitchers just fire away and sneak a glimpse at the radar gun instead of wisely using the 17-inches of the plate to the best of their advantage.

Most of all, the bar will be lowered incredibly with 16 teams in the postseason in 2020 (if there is a season) and 2021 with this absurd format.

Everybody gets a postseason trophy. Congrats. Let’s say there are only 60 games this season. Last year the 60th game for most teams came around June 3rd. If the season ended at that point last season the 16 playoff teams would have been the following, according to winning percentage: Twins, Dodgers, Astros, Yankees, Rays, Brewers, Cubs, Phillies, Braves, Rockies, Rangers, Padres, Cardinals, Red Sox, A’s and then the 16th team would come from the Indians, White Sox or Diamondbacks. All three teams tied with a .492 winning percentage.

Maybe another Home Run Derby to finalize that last spot.

Have at it. Instead of the Sweet 16 let’s call it the Sour 16. And you’ll notice that the World Champion Nationals would not have made the 16-team cut after 60 games last season.

That’s the breaks of the Gimmick Game. That’s what happens when a marathon is turned into a sprint.

You’ll notice that Mike Trout, the game’s best player, still would not have made the postseason with 16 teams because the Angels are so consistently bad. But hey, there’s a five-year plan in place for the Angels, the same plan most GMs activate to pull the wool over unknowing owners’ eyes.

This year the bar was also lowered for the draft. There were only five rounds to save money. Are you beginning to see a pattern?

Now it is a much different kind of Money Ball being played and that is why both owners and players are guilty of lowering the bar across baseball. Time to own it.