Good times are ahead. Remember that.

There was no National Baseball Hall of Fame induction ceremony this summer and that is a shame. We all realize how special those moments are now that they have been taken away from us this year: weddings, celebrations, reunions and the like. In the future, we will note how truly glorious the good times will be when those days return.

With that in mind, here is my proposal to the Hall of Fame Modern Baseball Era voters who will meet again in December of 2022 to vote for the 2023 induction in Cooperstown.

It’s time to get it right on an emotional and statistical level. Baseball is entertainment. Those players that win the fans hearts count for something. It’s not just cold hard numbers. Circumstances and hurdles that have been overcome must be taken into account.

We need to consider the overall greatness of two players from that era, who should be in the Hall of Fame, but the votes have just not gone their way. Thurman Munson and Luis Tiant should already have their plaques in the National Baseball Hall of Fame & Museum.

Not only for what they accomplished, but for what they meant to their teams, the joy they brought to the fans. Remember, the Hall of Fame is entertainment, too much like baseball. That’s why putting them both into the Hall in unison, together like the teammates they were briefly in 1979 with the Yankees, and as battery-mates, makes perfect sense.

Tiant to Munson. One more time. 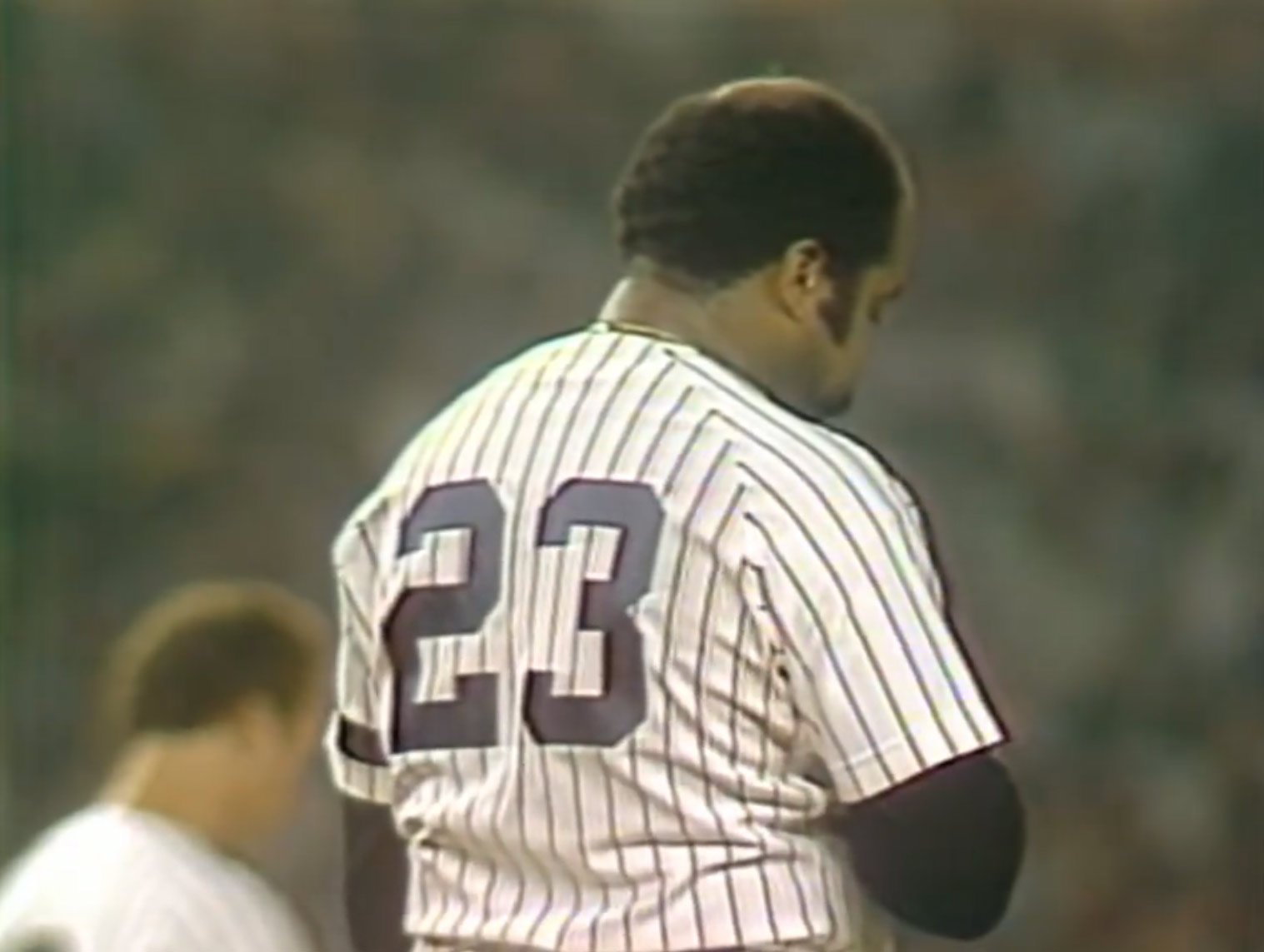 Such a HOF tandem would guarantee a thankful and huge crowd at Cooperstown in the summer of ’23 and in many ways it would complete the careers of Munson and Tiant, respected rivals with the Yankees and Red Sox before coming together in the Bronx.

They are forever linked on the field and to this day, Tiant has a special place in his heart for Munson. More on that in a bit with some emotional words from Tiant.

I began thinking of all this because Sunday, July 26 would have been induction Sunday for Derek Jeter, Larry Walker, Marvin Miller and Ted Simmons at the Hall of Fame. In addition, my friend from the Boston Globe, the late Nick Cafardo was the winner of the 2020 J.G. Taylor Spink Award and broadcaster Hawk Harrelson was the recipient of the Ford C. Frick award.

As it turns out it was perfect weather this year, of course, and was not sweltering for a change. But coronavirus has derailed any such celebrations.

Then the following Sunday, August 2nd marked the 41st anniversary of the day Munson died in the crash of a plane he was piloting in 1979, one of the saddest days in baseball history. If his career had not been cut short, Munson certainly would have been a Hall of Famer.

I gave the great El Tiante a call.

“ Thurman was such a good man, and a great player, and I have so much respect and admiration for him. ”

“Thurman was such a good man, and a great player, and I have so much respect and admiration for him,’’ Tiant told BallNine. “He was tough, he was in command, and he took no crap from nobody. He deserves to be in the Hall of Fame. Thurman, myself and some other players like Tony Oliva and Minnie Minoso, if you have the numbers you should be there.’’

Imagine the crowd of supporters that Munson, who is beloved by Yankees fans from that generation, and Tiant, the Son of Havana, who is beloved by Red Sox fans, would draw. A weekend celebration together for Red Sox and Yankee fans would be epic. Tiant escaped Fidel Castro’s Cuba, and eventually went on to re-invent the pitching wheel with his acrobatic motion, a mound magician with a Fu Manchu, a cultural icon.

Along the way on that difficult road, Tiant put up numbers as good as Hall of Famers Catfish Hunter, Jim Bunning and Don Drysdale and the right-hander did it with flair.

Munson and Tiant exhibited pride in everything they did. They were family men first. That’s what mattered above all else.

Here is one reason Tiant and Munson had such a close bond.

Tiant’s parents were able to leave Cuba in 1975 and finally got to see Luis pitch in the regular season and in the World Series for the Red Sox that year. Luis Eleuterio Tiant was a great pitcher in his own right and took such pride in his work that when he threw out the first pitch for a Fenway game that August, he threw it twice because the first pitch was not perfect.

The second pitch, a knuckleball, was a strike. It was a wonderful time for the Tiant family.

In December of 1976, both of Luis parents died within three days of one another, a tragedy, but Luis was thankful his family had been reunited and greatly enjoyed those final months together. “There is nothing better,’’ he told me, “than sitting at dinner, your whole family together.’’

Luis took notice of a beautiful flower arrangement before the double funeral. 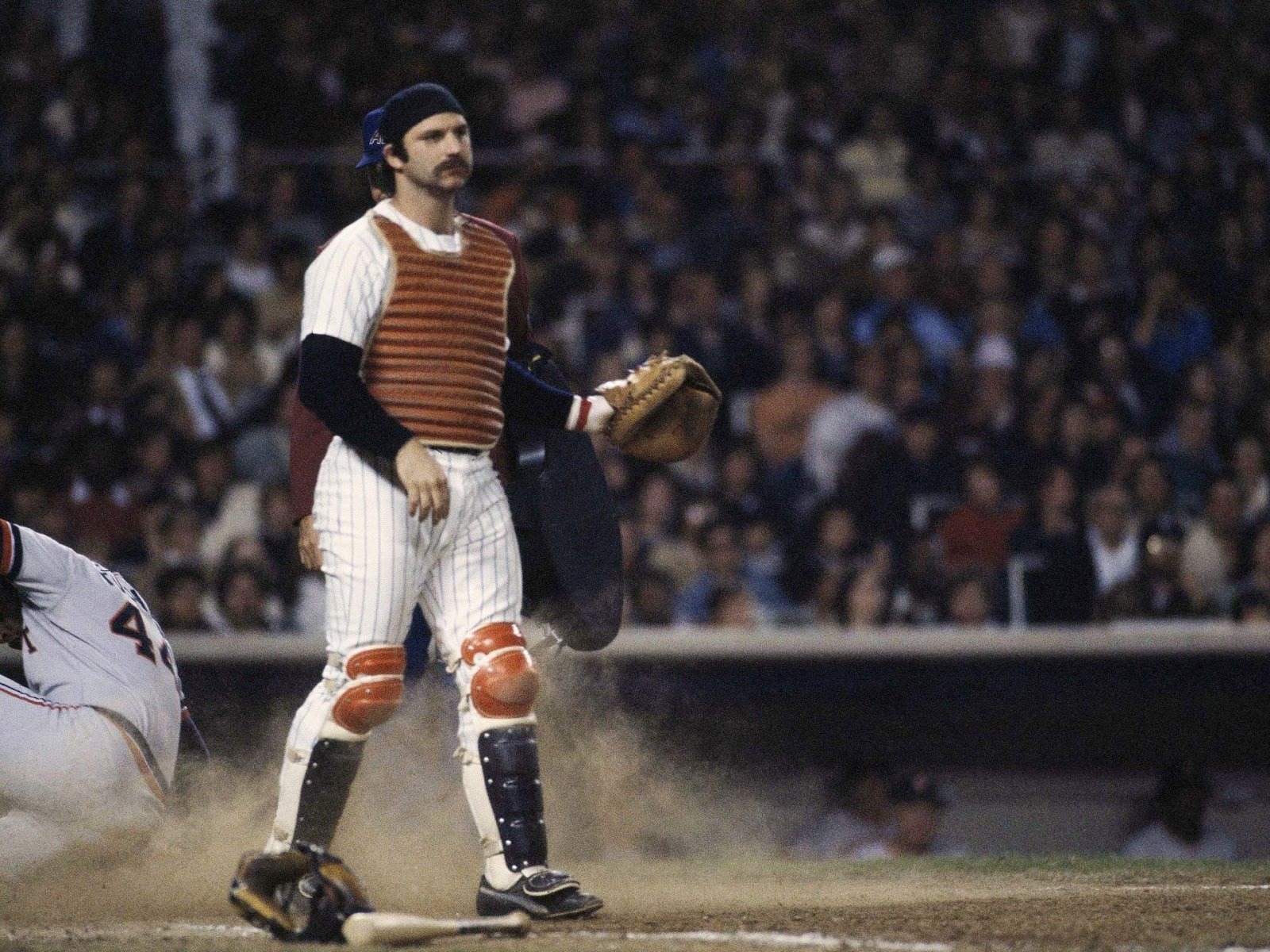 It was from Munson, the Yankees catcher.

“He did something for me that nobody around baseball did for me,’’ Tiant told me. “When my mom and dad died he sent flowers. At the time I did not know him that well, I knew him as a competitor but that told me so much about the man he was for him to do that. When I see him again (on the field) I hugged him and said thank you. What a wonderful thing to do.’’

Imagine that, Thurman Munson, the toughest guy in the room, the catcher with the perennial scowl had so much respect and warmth in his heart for Tiant, who had just lost both parents after spending 15 years apart, that Munson wanted to make sure flowers were sent to the family.

“Thurman could catch, he could hit, he could do it all,’’ Tiant said. “And he was a good person, a good man.’’

Tiant and Munson had their battles. Tiant usually had success. “He used to get so mad, I used to get him out,’’ Tiant said with a laugh. “He used to stare at me and say, ‘One day I am going to get you.’ ’’

One day finally came. In Boston, “I hang a slider,’’ Tiant recalled.

Munson hit a home run over the Green Monster, over the screen. “He is running around the bases and looking at me and pointing his finger and saying, ‘I got you! I finally got you! I told you someday I’m going to get you.’ ’’

Mutual respect. When they became teammates they bonded even more.

“After games we would talk baseball,’’ Tiant said of that special core of Yankee players. “Sometimes we talk two hours or more. We used to laugh a lot. When he caught me he handled the pitches good. He blocked the ball good, he got rid of the ball quickly, a tough guy, the kind of catcher you love like Carlton Fisk who I had in Boston. They controlled the game. They had a great rivalry between them, Fisk and Munson. Each thought he was better than the other. For me I was happy to pitch to both, you could throw a breaking ball in the dirt and they would block it. If someone was stealing they would make a throw to second that was right on the money. Munson was quick. They would save a run for you. They were both good communicators.’’

Tiant pitched that night, August 3rd, at Yankee Stadium after Munson died. It was one of the most emotional days in Yankee history.

“That was a bad day,’’ Tiant said. “I looked at his picture on the screen in centerfield and I cried like a baby. I don’t even know how I put my uniform on that day, some guys couldn’t play. It was my day to pitch. I had to pitch. We were all in shock. I don’t know how we played that game. But once I started pitching I was all in for him. I prayed to God that we could win that game. We all loved Thurman.’’

The ovation from the crowd of 51,151 lasted nearly 10 minutes and afterward, Tiant, standing on the mound with his Yankee cap over his heart, had to call for a batboy to bring a towel so he could wipe away the tears he shed for Thurman. 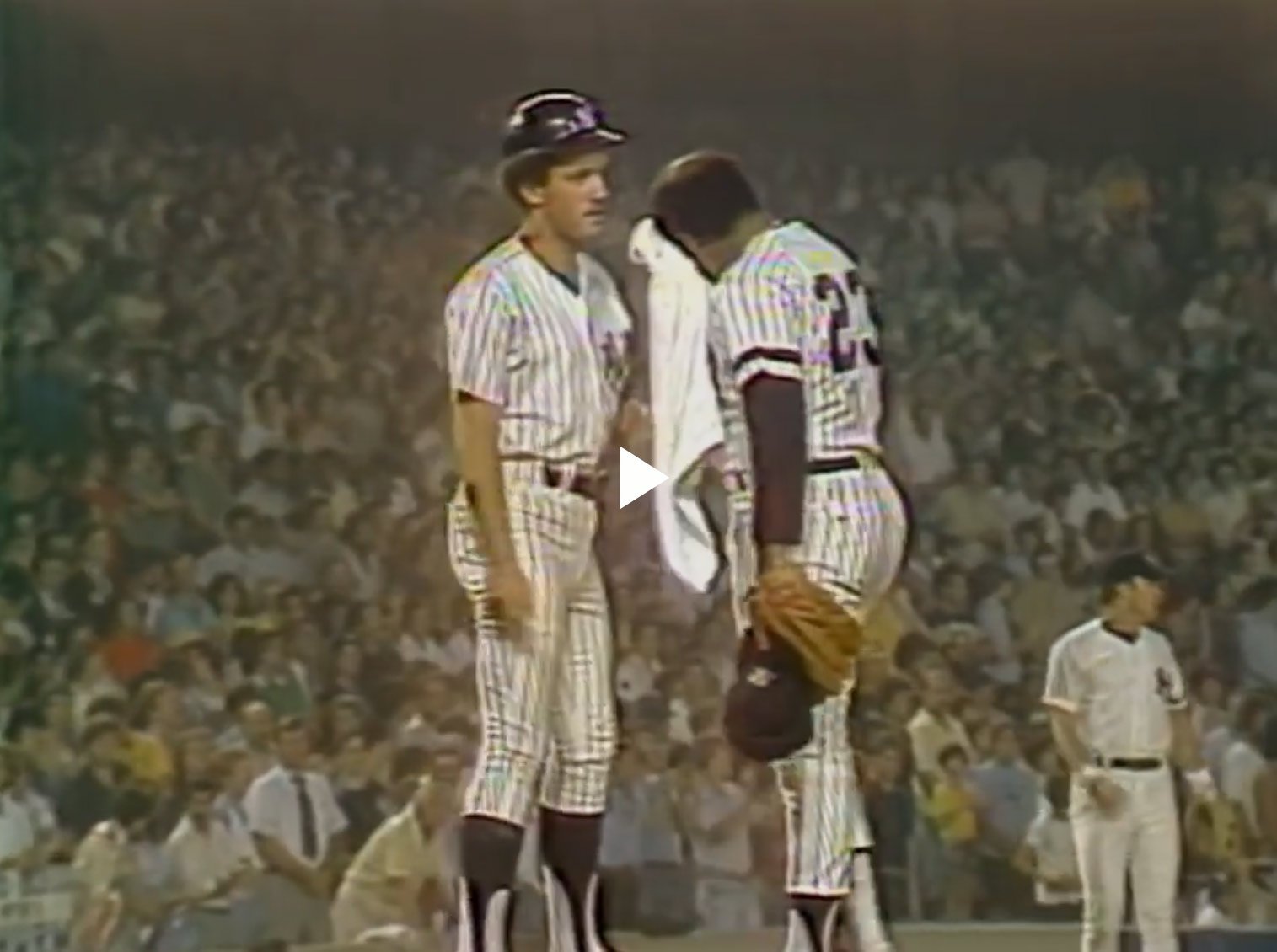 Tiant got it together to pitch eight innings. He allowed only two hits, one was a John Lowenstein home run as the emotionally drained Yankees lost 1-0 to the Orioles.

Tiant, 79, has made it clear he believes he belongs in the Hall of Fame and that he wants to be inducted while he is alive. After so many HOF disappointments he has told his family that if he ever gets into the Hall he will only believe it when he is standing at the podium on the stage overlooking the sea of fans on the green hills of Cooperstown.

Wouldn’t it be great if Luis Tiant made the Hall of Fame in 2023 along with his old battery-mate Thurman Munson. “It would be nice,’’ Tiant said. “That would be a big thing for me and a big thing for him too. Thurman was good to me all the years I knew him. I mean that from the bottom of my heart.’’

One final pitch from Luis to Thurman.

The Year That Was