Let’s take a train ride, and not just any train, let’s take Amtrak from New York to Washington with a stop in PhiladelphiLa and another in Baltimore.

Let’s talk baseball while we are on the Acela. It’s always a pleasure to talk baseball although this conversation could produce some arguments. But that is the way it is when it comes to Baseball Talk.

There are the wacky new rules we have addressed recently that baseball is forcing down the game’s throat like the Fake Runner and plans for bigger bases, make believe hits on pitches the catchers can’t handle and the such. We’ve made our points. It’s pathetic but we are in the Nerd Era and these things happen with Nerds in charge.

Today, though, The Story is focused on talking baseball. And let’s start with pitching. As much as they are changing the rules to favor the hitters, the essence of the game is still pitching and starting pitching is what leads the pack for playoff teams and World Champions.

If they ever do a new alignment in MLB I would love to see this train corridor become a division, the Amtrak Division, and throw in the Red Sox, too, if there is expansion and there is need for six teams in a division. Expansion is coming folks, the owners always want more buy-in money, but today we will leave the Red Sox off this baseball train and address their situation later in the season. There is a lot going on in Boston.

“Major League pitchers are like cornerbacks in the NFL. They are left all alone on their own, on their island to defend the talented wide receivers.”

Most importantly, something has been bothering me about the Yankees.

It seems to me their pitchers give up too many big hits on bad sliders. I’m not going to throw a lot of numbers at you concerning sliders, it just seems to me, watching Yankee games, I have witnessed a lot of key hits come off sliders, especially from the starters like Gerrit Cole. Please don’t send me a note that the Yankees pitchers held opponents to a (whatever) average on sliders, this is something I just feel in my baseball gut.

Am I crazy? Is it something I have imagined?

So I checked with one of my top pitching scouts and threw that question his way. According to what he has seen, and he is a former pitcher and pitching coach, so he really knows what he is looking at, I am not imagining such a vital pitching breakdown.

This is what he has seen with the Yankees and he is continuing to see it this spring training, and with the season right around the corner, it is important to address.

The Yankees have a certain pitching philosophy. Of course they do.

That’s called tipping pitches and it seems the Yankees have a history of such problems, maybe they will fix it since it is so obvious.

That is what the Phillies and monstrous Blue Jays have done so far this spring against those Yankees flat breaking balls. They’ve crushed them and I know it is only spring training and a rushed spring training, but I want to talk about what is going on in the field not on a computer. 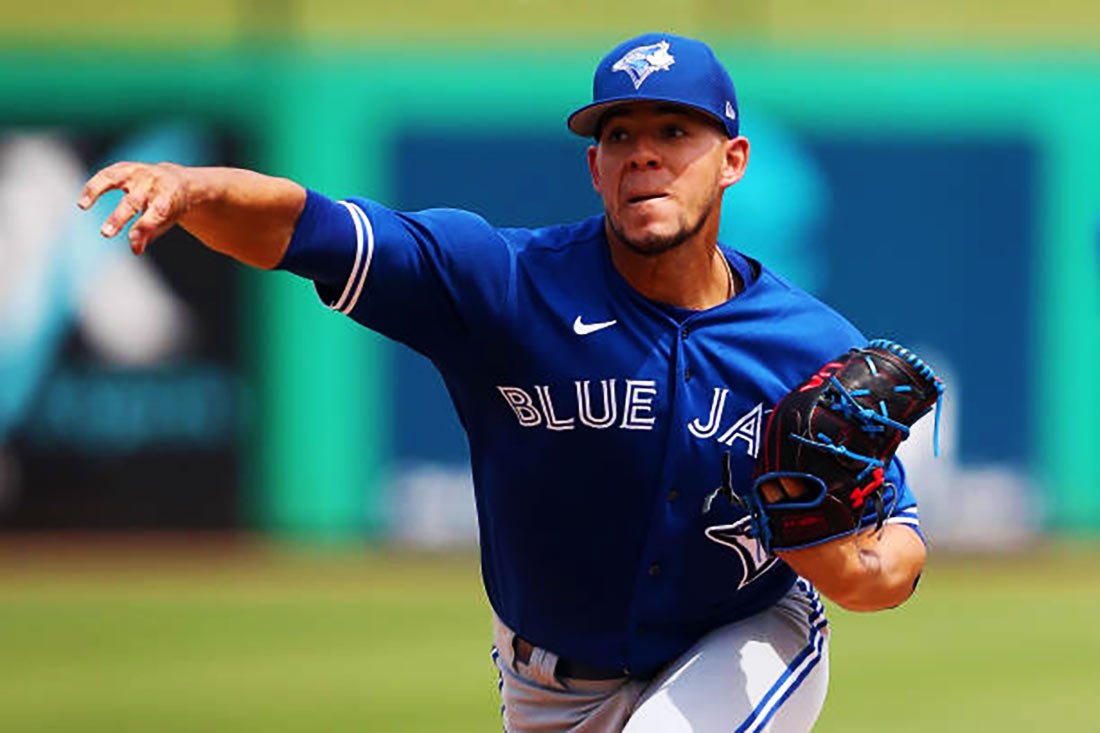 CLEARWATER, FL - MARCH 23: Toronto Blue Jays pitcher Jose Berrios (17) delivers a pitch to the plate during the spring training game between the Toronto Blue Jays and the Philadelphia Phillies on March 23, 2022 at BayCare Ballpark in Clearwater, Florida. (Photo by Cliff Welch/Icon Sportswire via Getty Images)

Maybe it takes time to get it right. Or maybe it is just a bad philosophy. One thing is certain, flat breaking balls are a hitter’s dream.

Arm slots are changed. That’s why some Yankees like Deivi Garcia are going back to his original overhand arm slot after a dreadful season of a forced Nerd change. Thanks, but no thanks Yankees, he is going back to what earned him success in the past.

You can insert your own Yankees analytics joke here on why the Yankees stubbornly change arm slots on their pitchers. It’s their thing, man.

Luis Severino has gotten off to a slow start this spring as well and his mechanics look shaky as his lead arm is pulling him away from the target while he battles back from injury woes and must re-learn his mechanics.

“He looked horrible,’’ said the scout who was in Clearwater on Friday watching the Yankees and Phillies muddle along. “He’s got the sam M.O. as the other guys, he can’t find his slot. They’ve changed his arm slot, his timing and his rhythm were horrible. He worked too slow. He’s going too high on his fastball and too low on his breaking ball so you know what’s coming.’’

Those are all deep dive points and there will be no fluff here at BallNine. It’s what it is and Yankee fans may not like it but that is one honest assessment. That’s what we do here and if Severino suddenly finds it again, we will let you know but this is not 2017 when he went 14-6 with a 2.98 ERA or when he followed up the next season with a 19-8 mark and a 3.39 ERA.

They are going to suck,’’ the scout said of the Yankees pitchers … unless they suddenly put it together. That’s all relative of course but in the power packed AL East, the Yankees have a chance to be the fourth-best team in the division. If that happens, wow.

Overall numbers-wise, it doesn’t look so bad for the Yankees, but they have pitching issues. 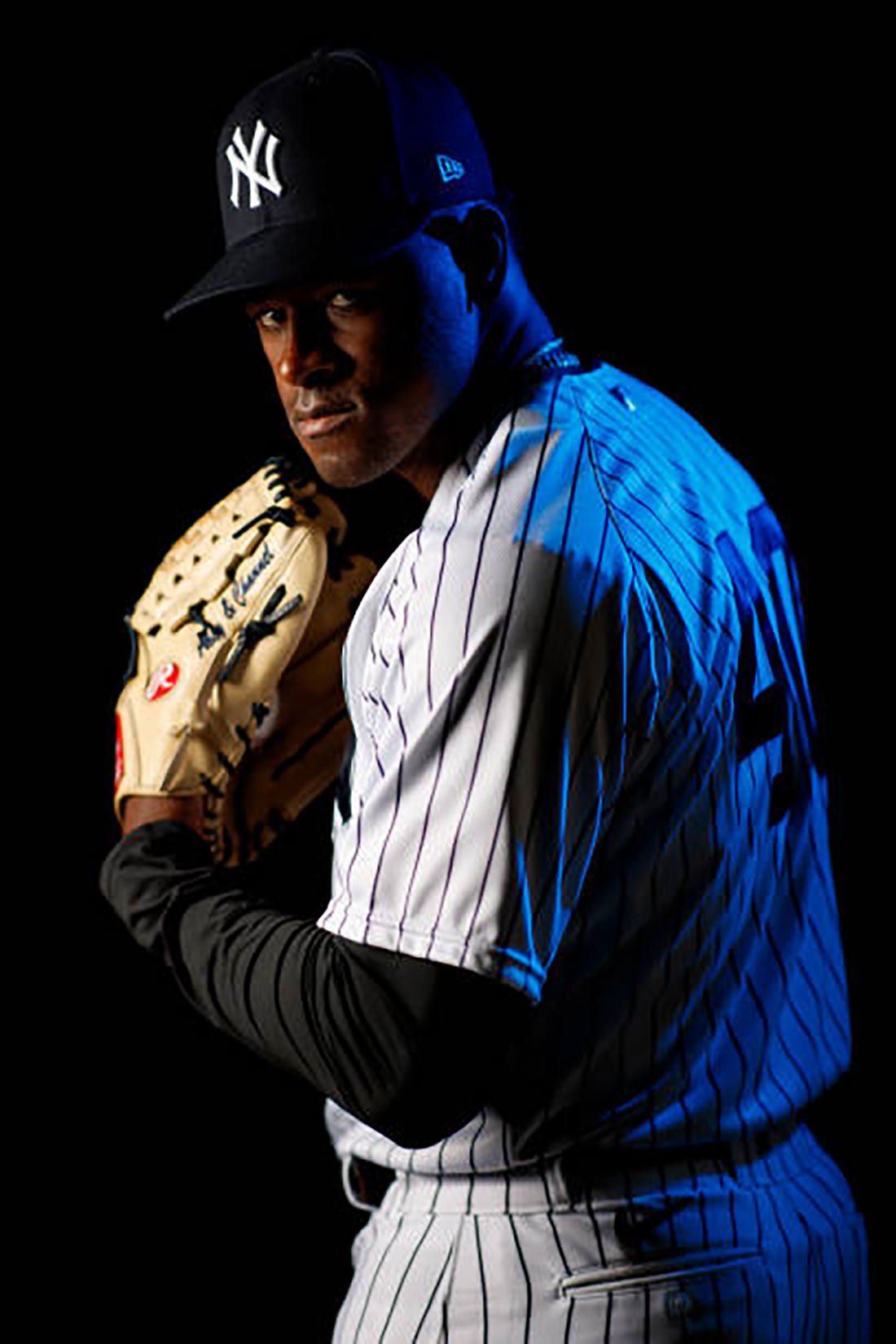 In 2021 the Yankees were sixth in ERA with a 3.71 mark. But if their pitchers were really that good as that number suggests you would think they would have at least won a wild card game. Just to refresh your memory, they lost to the Red Sox 6-2 with Gerrit Cole only able to get six outs. That’s a big yuck right there plus that gives the Red Sox a psychological advantage over Cole, who has his own Spider Tack issues. MLB this week once again emphasized that sticky stuff for pitchers is a sticky situation.

There is some good news at Yankees camp in Tampa. New shortstop Isiah Kiner-Falefa is off to a good start.

“He doesn’t swing from his ass,’’ one scout said. “He is refreshing because he puts the ball in play and gets hits. So you have him and DJ LeMahieu are going to hit and I think (Aaron) Judge is going to be okay. He looks a little shorter and quicker (to the ball), Giancarlo Stanton is hot and cold, Anthony Rizzo is a great guy but he has slowed down, Joey Gallo is going to strike out (over 200 times). Aaron Hicks looks like he is in better shape but I would say his golf swing is probably better than his baseball swing.  (Kyle) Higashioka hits bad pitching, he always has, he can hit fastball middle in and he hits bad pitching.’’

As for Josh Donaldson he is just getting into the swing of the Yankees and will be huge for them one way or the other and being 36 he has a great track record when healthy. Will he stay healthy? Will Father Time slow him down?
So it is going to be interesting in the Bronx.

But it is going to be interesting everywhere.

Remember, the core principal under Rob Manfred is to help hitters anyway he can to create more offense. Major League pitchers are like cornerbacks in the NFL. They are left all alone on their own, on their island to defend the talented wide receivers.

Same thing for the pitchers against the big hitters. Good luck, fellas.

Here is the rest of the Amtrak Division’s ERA: The Mets were ninth in ERA at 3.90 in 2021, not having Jacob deGrom for the full season had much to do with that number and just think, Steve (The New Boss) Cohen has both deGrom and Max Scherzer at the top of his rotation and a wonderful third starter in Chris Bassitt. 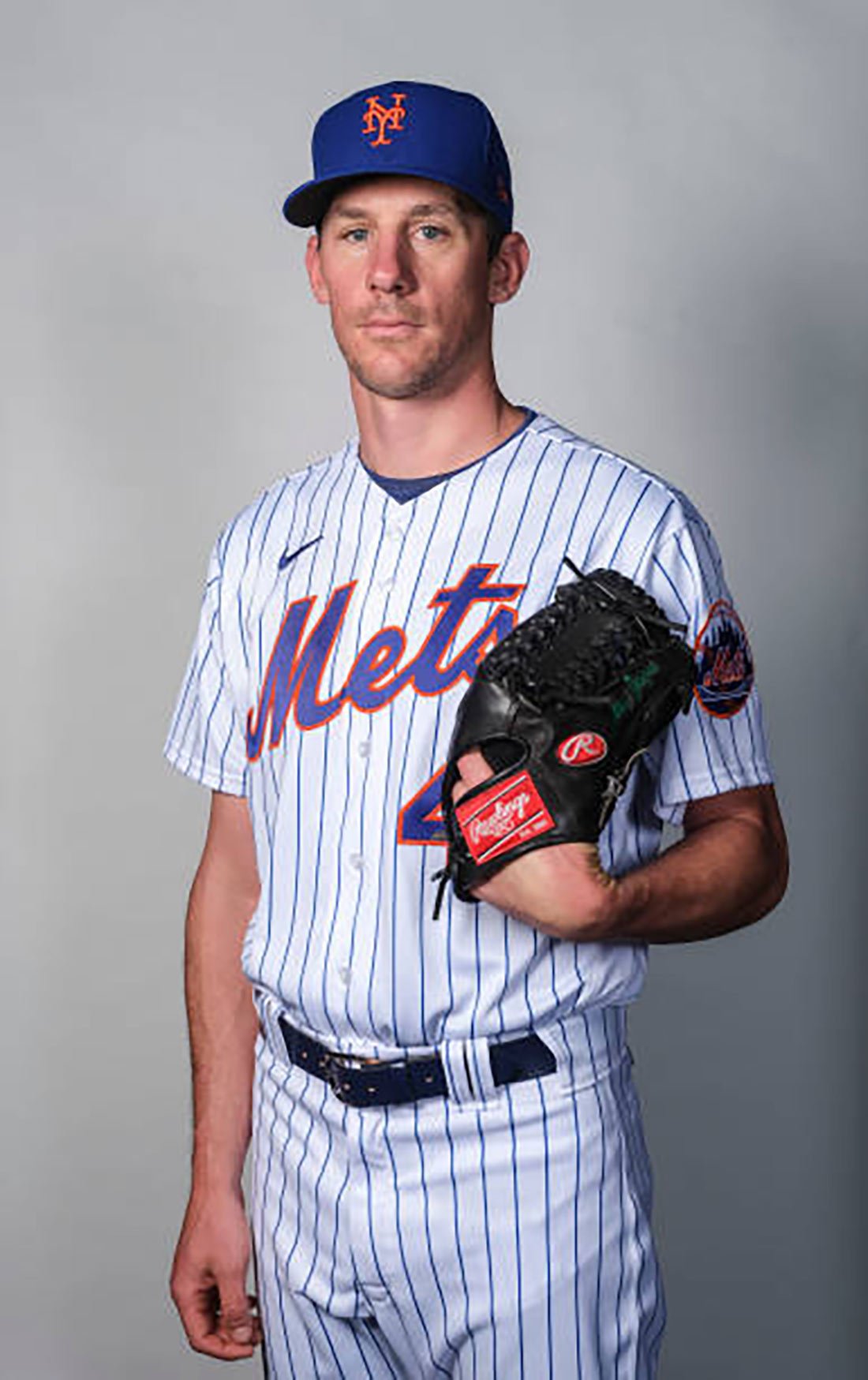 Through the many decades I have learned anything is possible in baseball and that is what makes it such an interesting sport. The Mets could have a Braves type 2022 season this year that the World Champion Braves had last year, and at the time of the World Series, not many people believed lifelong Brave Freddie Freeman would ever leave for the Dodgers.

Either way deGrom is going to make more money over his career than he could ever have dreamed of making.

The Phillies are a Phascinating story because of the changes they have made, including adding hitting coach Kevin Long, one of AMBS’ favorite coaches. Long should have a great influence on Bryce Harper and others and it is pretty clear that Harper is kind of running that franchise with his agent Scott Boras.

I love the addition of Nick Castellanos’ toughness and directness to the Phillies. After all, this team is going to have to hit to win and Boras has delivered hitters to the Phillies. Now Joe Girardi is under the gun to make the most of that offense.

When Castellanos was asked about his no-nonsense approach by my friend Hall of Fame writer Jayson Stark, Castellanos answered: “I think the best way to describe it is survival, right? Like it’s how I feed my family. I don’t have a college degree. I hit baseballs.’’

He sure does. The Phillies are going to have to hit a lot of baseballs hard to try to find a way to beat the Mets and the Braves in that division or at least find a way to the postseason. With that pitching staff, scouts insist, it is going to be difficult.

I think Castellanos’ choice of a word, survival, is what it is going to be all about.

The Amtrak Division is going to be one interesting survival ride and for anyone who has had the “pleasure’’ to ride Amtrak, delays are the name of the game.

It will be a blast to see which teams make it to their Playoff Destination on time.