““It’s not how we make mistakes, but how we correct them that defines us.” ― Rachel Wolchin

Before “Behind the Dish” was a Monday vlog staple touching the hearts and minds of baseball food fans across America, it was a column. No video, a couple of pictures and a written article about ballparks. LECOM Park in Bradenton, FL was one of the first articles we ever did, pre-pandemic.

I went back this morning to give it a read and what I found made me smile. “Arrrrrrguably the Worst Food Park to Date” survived the test of time and still held water today.

Look, I love MiLB games. You have unfeathered access to sit where you want, you pay a few shillings for a ticket and the kids genuinely have fun playing the game and it’s quiet enough to see and hear it all.

It’s the baseball purists Nirvana, but just don’t go looking for more than a couple of traditional ballpark staples unless you’re attending a game at one of the unique outliers who make the whole experience about the fans. This – my friends – is not one of those parks. 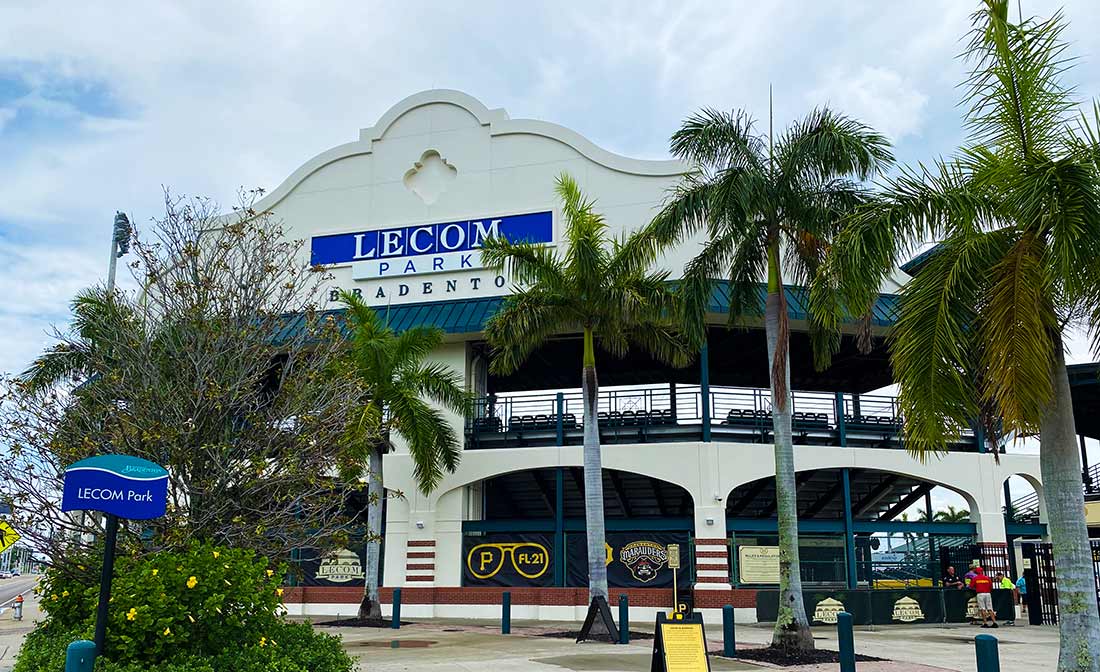 You didn’t have fun?

I always do, but #thefoodguy isn’t out here just to have fun; I’m looking for the best food in American ballparks, eating the biggest dogs, the tallest nachos, and the most unique regional fare I can find, fun is a bonus perk. Given this was a last second addition to the travel schedule in order to cover my own negligent planning I was hoping for a bit more food options, but in a post-pandemic world I think I’m just happy to have options.

You going to tell them you messed up or should I?

I can tell them.

That’s right, Michael…MJ…#thefoodguy may have overlooked. This week your guy made a big ol’ blunder that almost left us Behind the Dish with an empty plate. With a little help from the baseball gods and an understanding wife, we were able to find, attend and vlog a baseball experience at a time when we thought none would exist.

The original plan was to attend “Sunday Night Baseball” in Atlanta, Mets vs. Braves – first time at the new ballpark in Atlanta for BallNine – great stuff, until it wasn’t. Why? Because although the Braves and Mets did have a game scheduled Sunday night, it was at Citi Field, in New York. 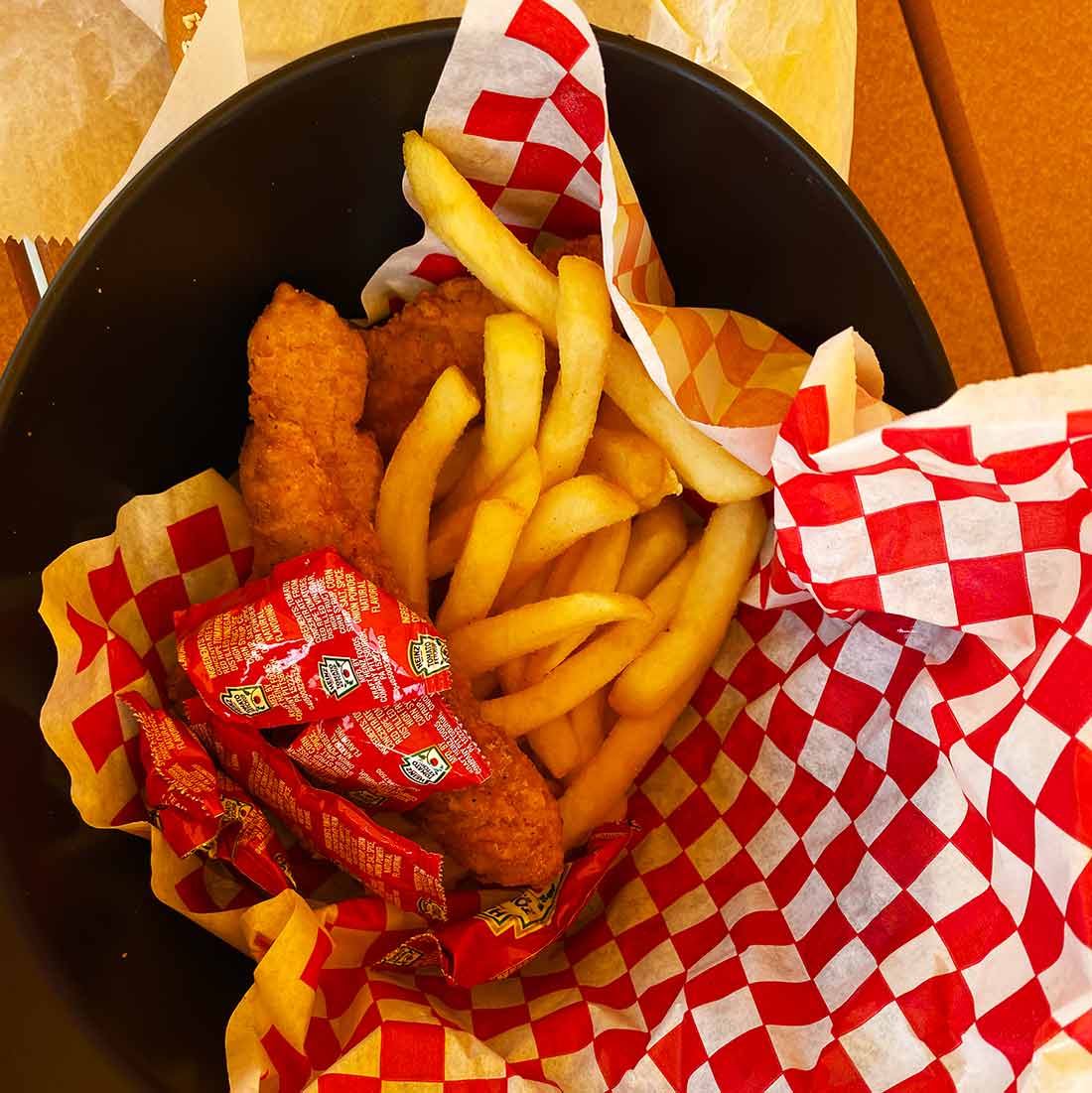 Maybe not the ultimate culinary destination in Bradenton, but they tried.

(ed. note – not all of us can employ an assistant to the travelling secretary like George Costanza. Just saying.)

Sadly, yes. I went to buy my ticket online on Saturday afternoon and noticed the only ones left were +$450 which I thought was a little steep, but whatever, got to get the story right?

Yes, I am ACTUALLY serious and with that I will leave you with this- although life doesn’t always work out the way I want, my ability to pivot on the fly has always helped me in life. The best part of the story is the game was actually rained out anyway so did I actually miss it? We still saw baseball, we supported the hard dreaming kids of the MiLB and we did get some food so sit back, throw a squirt of mustard on your dog and click play because that’s the only way you’ll get to see how the stare down between me and the first hot dog since the BOOMstick goes.

Rating: The “Take me Out” – Traditional food, but nothing special.

Other Baseball: Spring Training homes of the Phillies, Yankees, Blue Jays and Pirates.

No matter what, there was baseball to be played. 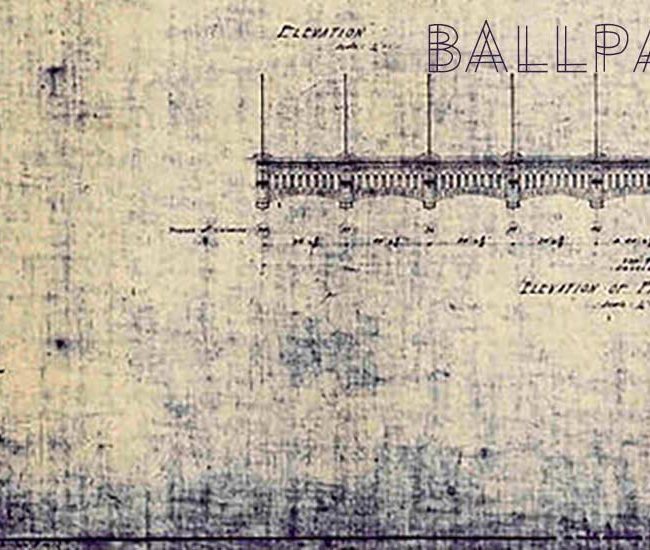