LARAMIE, Wyoming – Up here from 7,200 feet above sea level at War Memorial Stadium on the campus of the University of Wyoming, you get a pretty good view.

Twins scout Billy Milos enjoyed that view this weekend at a college football game with about 20 friends, but no one has the baseball view Milos enjoys during the season because he has a different assignment than most scouts in the game.

Most of the time Milos is driving around the country checking out Independent League Baseball, not affiliated baseball, not the traditional minor leagues. This is grassroots baseball and Milos has uncovered some gems along the way, more on that later in The Story, but here is Milos’ perspective on why he does this particular job and what this baseball life is all about.

He also looks back to growing up in Chicago and his relationship with the late legendary scout Bill Bryk.

“That Chicago culture,’’ Milos said, “Bill and I were all about that. We came from the Southside, and it was just blue collar, just don’t quit. Even though Bill and I are several generations apart, we kind of had the same makeup. We just love rooting for the little guy, man. And it’s a competitive culture.

It’s all about the chase and the success stories that keep Milos going.

“Get the right Indy guy, he’s hungry, he wants that uniform. Even though we may know he is not a prospect, he doesn’t think that way and he is going to kick the ass of the prospect.”

“This league, that league and now there are even more leagues spreading about, more and more Independent Leagues are popping up,’’ Milos said.

I then ask, “When you go to an Independent League game, how many scouts are there?

“There are a little more guys now, I sometimes run into some other scouts,’’ he added. “But this is going to happen. The Independent Leagues are gaining more technology, all the video and stuff and no one is going to show up at those ballparks because you can check it out that way. But I’ll show up at those ballparks. It’s different every time and that is the beauty of it.’’

Technically, he is a pro scout who specializes in Independent Ball but also spends a lot of time looking at the talent in the Twins system. He has been with the Twins for 27 years. He started scouting at the age of 26 in 1994.

“I was a semi-pro left-handed pitcher,’’ Milos said. “I played against a lot of ex-big league players. The best of the best teams would make it to the NBC Tournament, the National Baseball Congress World Series in Wichita, Kansas.

“The Jayhawk League would go there, the Alaska League, they play around the clock, and the tournament goes on for two weeks, there would be games that would start at 1 in the morning, it was absolutely insane,’’ Milos explained. “Before Indy Ball, that was a mix of the best semi-pro teams in the country and the best college teams in the country. You’d have some 40-year-olds who were really good, you’d have some ex-big leaguers, you’d have a lot of guys like me. It was awesome.’’

With the blessing of the Twins, around seven years ago Milos started going to more and more to Independent Leagues. 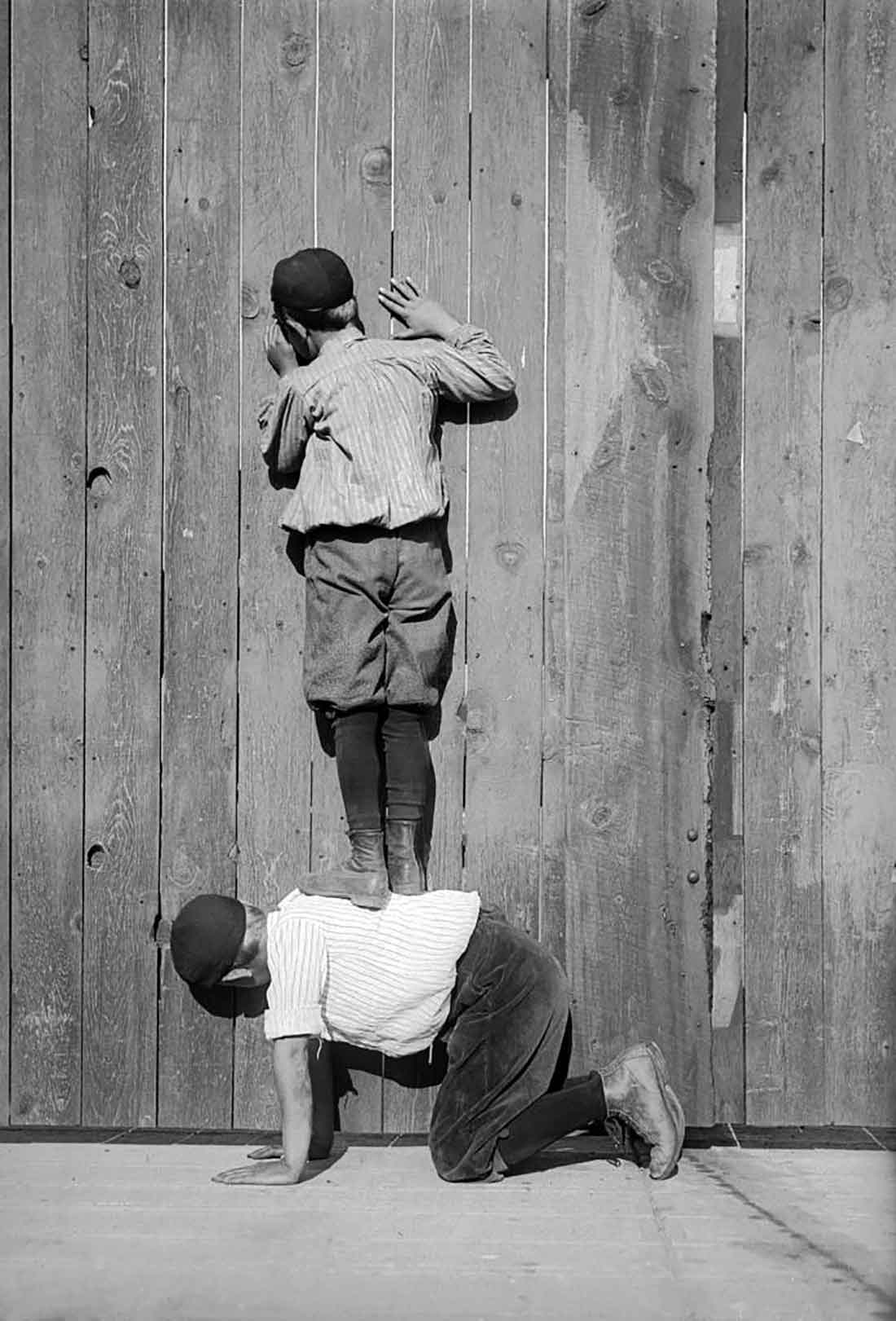 As for a concrete example of what makes his job so different, consider some of the travel arrangements. There are clusters of Independent Baseball Leagues throughout America, just outside his home in Crown Point, Indiana, the game is exploding and there will be new ballparks all around.

The travel can be a little crazy. How crazy?

This year he put 32,000 miles on his car and the highlight this year was the four time zones of scouting in less than a month.

Players wind up in Independent Leagues for all kinds of reasons.

Players may get drafted, sign out of high school, get money in those draft deals and then it somehow all falls apart.

“They may find themselves released at 21 years of age, and you don’t have a uniform,’’ Milos said. “Guess where you are going. You either quit or they go to Independent Ball. Guess what happens when they go back, you got a different dude.

“You are trying to re-sell them and everyone is going, ‘Oh, not that guy.’

“I try to say, ‘This kid has changed. You have to totally re-evaluate that makeup on those guys,’’ Milos said. “We’ve seen it happen on those first and second round kids, now they have to go play for less money, they are not affiliated. The fact that they are even willing to go do it, kind of gives you an indication.

The draft rounds have been cut down too, and affiliated teams have been trimmed from organizations.

“When you need a player in your system and you go get an Indy guy, he’s hungry, so even if he is not a prospect, he’ll push the prospects,’’ Milos said. “Get the right Indy guy, he’s hungry, he wants that uniform. Even though we may know he is not a prospect, he doesn’t think that way and he is going to kick the ass of the prospect. We had to sign a bunch of kids this year because we had so many injuries – and those kids went out there and busted their ass.

“Independent Ball is grassroots baseball,’’ Milos said. “I want to meet every manager face to face, shake their hand.’’ 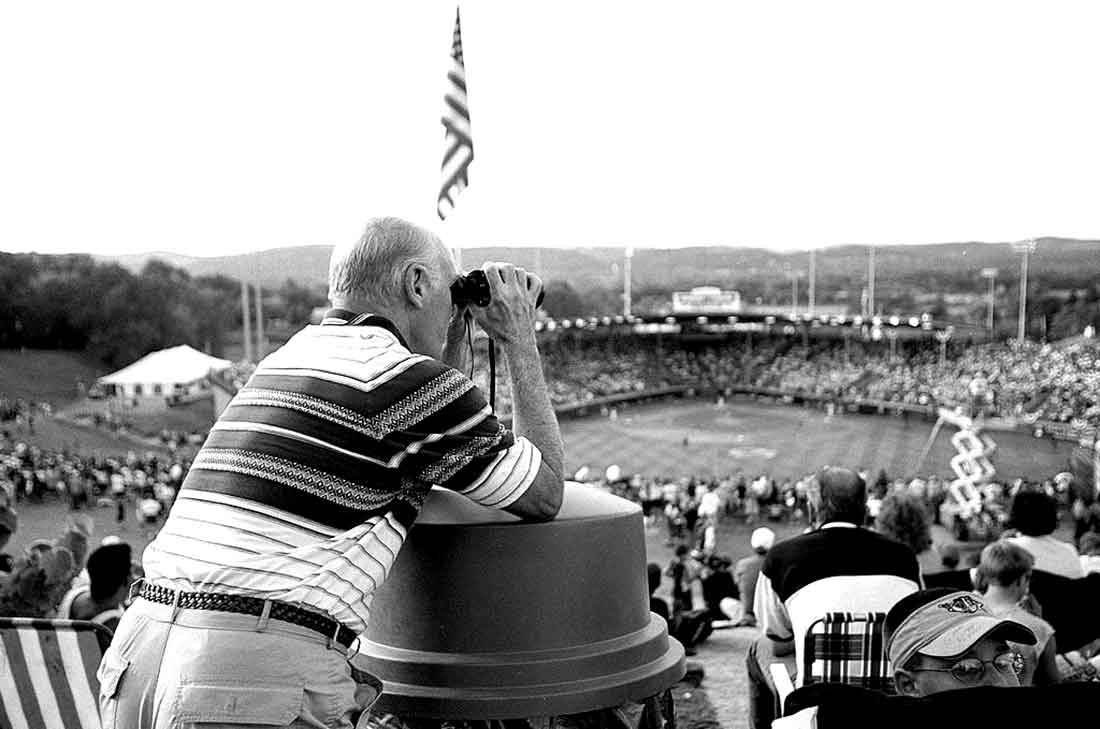 There are some beautiful ballparks along the Independent League Highway. Also, FYI, Milos stays under the radar so don’t expect any pictures of him to be floating around or in this piece. Not a picture guy.

“The York, Pa. ballpark has a Green Monster,’’ Milos says. “That’s one of my favorites. Lancaster could easily be a AAA park. Lincoln, Nebraska has a team, and the University of Nebraska and the Lincoln Saltdogs share that ballpark.’’

The park is called Haymarket Park and the Saltdogs play in the American Association of Professional Baseball. There is Impact Field in Rosemont, near O’Hare Airport.

Since September of 2020 until now, teams have signed 205 players out of Independent Ball.

Milos passed through Wyoming on that journey this summer. He knows nearly every state and if you need to find a good Italian restaurant In Cheyenne, Wyoming, Billy is the man to call.

Spend a few minutes with Milos or so many other scouts and it becomes a dizzying compilation of names and baseball connections. People like Billy Milos know everyone, and they stay in touch with former baseball scouts and executives and player development people so that adds a layer of knowing everyone even more and every story about players of past generations.

One of Milos’ mentors was Bill Bryk, the legendary scout who passed away in April at the age of 70. Bryk had spent the last 11 years with the Diamondbacks and also was with the Pirates and Padres through the years in a multitude of jobs, everything from pitching coordinator to scouting supervisor.

Bryk lived in Indiana as well and was drafted by the Washington Senators in 1969 and spent time in the Mets organization. He was a coach and manager, too, and through the years he was there to volunteer and help at any baseball clinic. 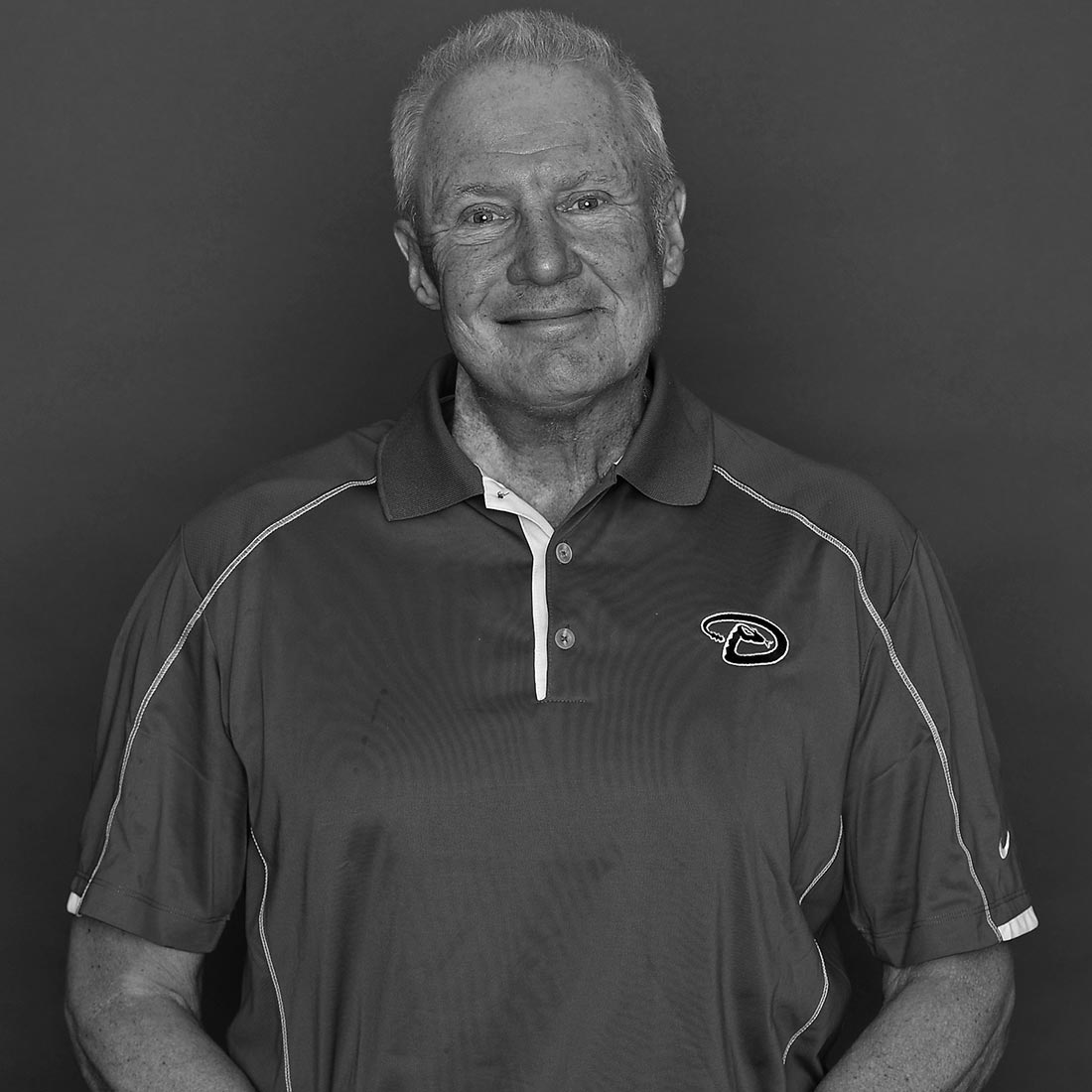 The legendary scout and mentor to Billy Milos, Bill Bryk.

“Bill was The Godfather of Indy Ball,’’ Milos said. “We called him the commissioner. Bill just rooted for the underdog and before he was a scout for all those years he managed in the Pacific Northwest, a co-op team. Bill was always the guy. I listened to Bill, and he encouraged it and he loved it.

“I spent a lot of time with him before he died this past year,’’ Milos said. “We went and had 12 lunches from after Halloween, up until the time he passed. Bill showed me so much.’’

D.J. Johnson was one of the earlier players signed out of Independent Ball in 2014. He later went to the majors with the Rockies and pitched three times this past season for the Rays.

Milos has seen all levels of baseball in his travels.

In 2020 there were some pop-up Indy Leagues that began playing. There is a resurgence in Independent Baseball.

“I was working during the pandemic,’’ Milos said.

Milos signed right-handed reliever Nick Anderson out of Independent Ball. Anderson achieved much success with the Rays before arm issues set him back.

“He was 25 years old, but he had two major charges against him, a DUI on a college campus and nine months later an assault charge,’’ Milos explained of Anderson’s troubles at the time. “Nobody knew who he was, but Bill Bryk knew who he was.’’

Much research had to be done and after three months the Twins were able to sign Anderson in 2015. He was later traded to the Marlins in 2018 and then traded to the Rays in 2019.

“He was arguably the best reliever in baseball in 2020 until he got hurt,’’ Milos said.

Anderson is out until at least the middle of next year.

“Dobnak came out of a tiny little Independent League nobody knew about, about 30 miles north of Detroit called the United Shore League. It’s one ballpark and four teams play there,’’ Milos said, “Jimmy John’s Field.’’

Dobnak pitched for the Utica Unicorns, it wasn’t too much later he was starting a playoff game against the Yankees for the Twins. 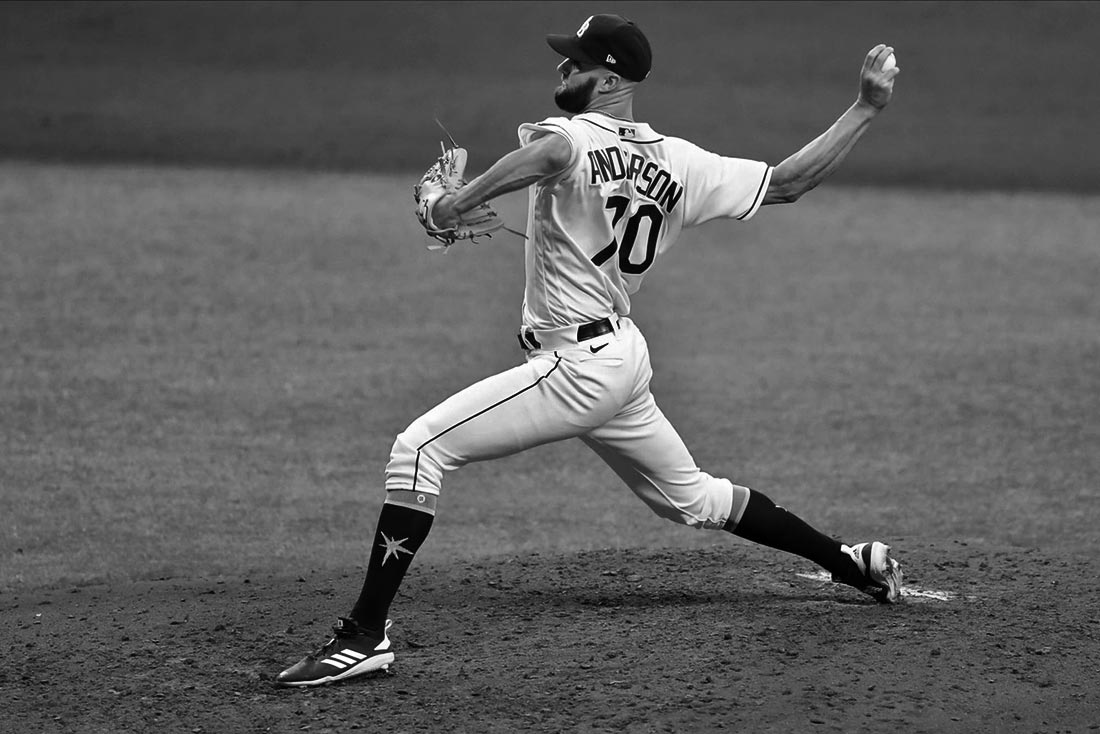 “Nick Anderson I saw four times,’’ Milos explained of that journey. “What got me over the hump on Nick Anderson was I kept talking to the kid and I knew the kid was a great kid. I knew he was, so one day he says he had to get clearance from his probation officer to go over state lines.’’

The Twins needed a starting pitcher for the minors in the summer of 2017. “His dad put a couple college videos of him on YouTube,’’ Milos said. “So I watched those and I started calling college coaches who faced him and did my homework and 48 hours later we signed him.’’ Because of the Anderson legal woes situation that signing took four months, Dobnak took 48 hours. Dobnak, you’ll remember, also was the Uber and Lyft driver.

You never know what you will find along the Independent League trail.

“Randy went to Rookie Ball and a few years later he is pitching in Yankee Stadium,’’ Milos said. “It’s just funny how it changes.’’

You never know where the Independent League road will take Billy Milos, but you can be sure it will be a fascinating journey.

previous article
Teams of Dreams
next article
You Bettor, You Bet 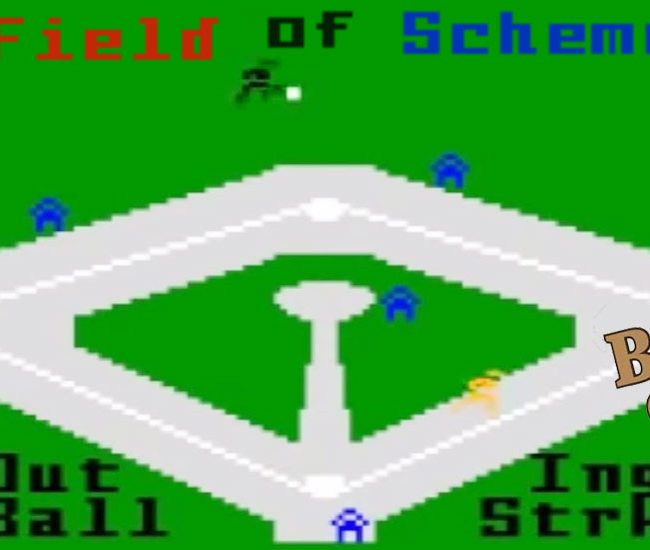 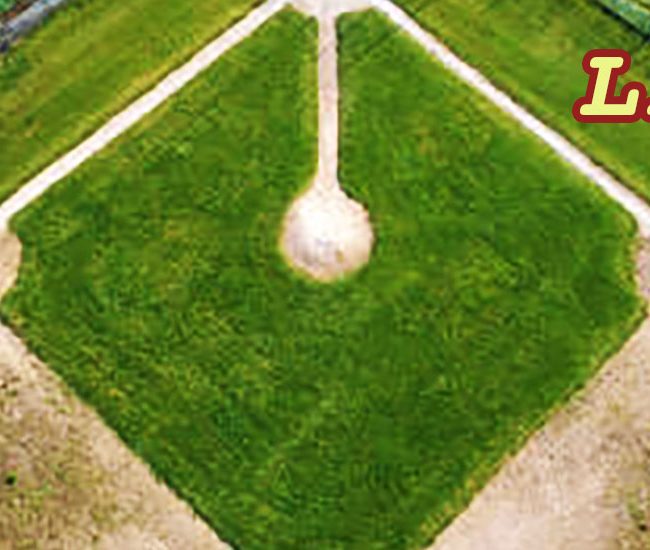